Bhutan is the world’s most joyful nation settled in the Himalayas. Thousands of tourists from over the world crowd this wonderful nation to have a glimpse of this last Himalayan Kingdom. Bhutan is known for its numerous Buddhist monasteries, sanctuaries, rich culture and captivating landscapes of the Himalayas.

It is said that Bhutan is the only country in the world that’s carbon negative. Bhutan being a popular tourist destination has four large airports to accommodate the travel of its tourists. 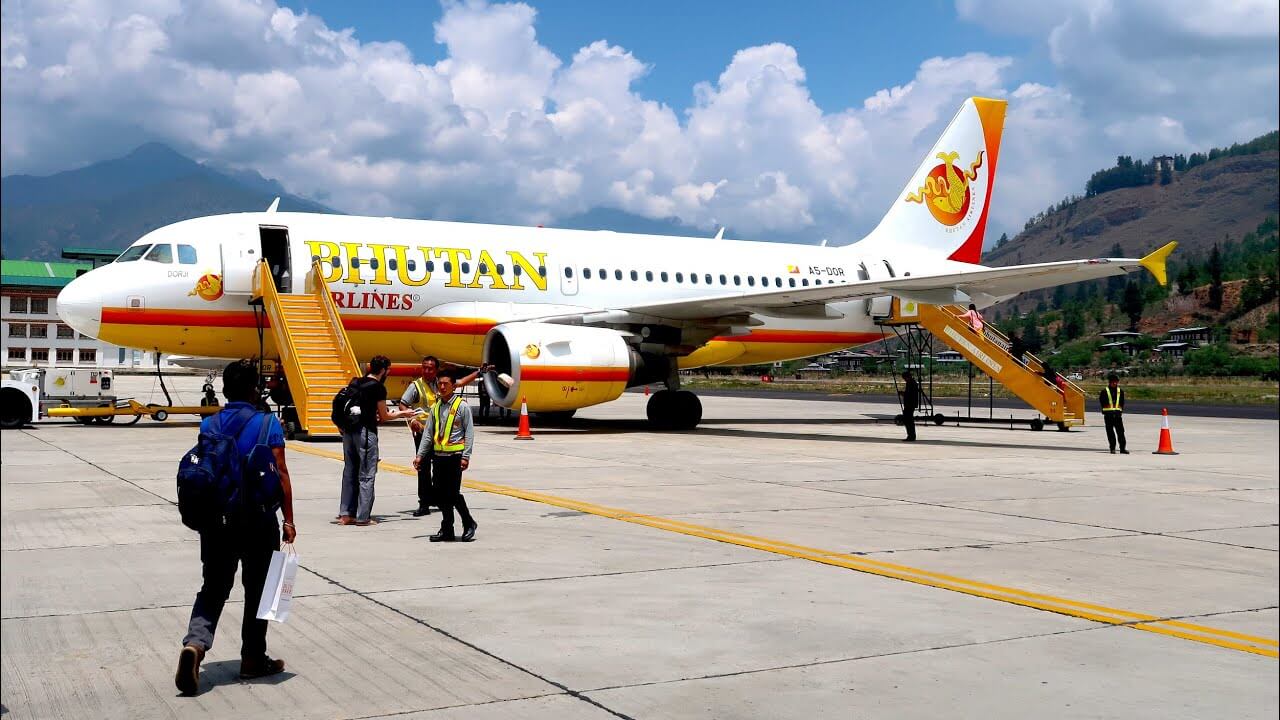 Below are the Four Airports of Bhutan which will help you to plan your landing point accordingly and ensure a smooth trip.

Situated six kilometres from Paro, the valley town of Bhutan, Paro International Airport is the country’s first and the only International airport of the four airports in Bhutan.

The airport was started in 1968 and is quite small in size with only one terminal and one runway. It borders the Paru Chhu River and is surrounded by mountains as high as 16000 feet and is located 7300 feet above sea level. It is a very challenging airport as only qualified and certified pilots can fly to the airport.

Apart from its magnificent surroundings, the airport has top-notch restaurants that offer delicious Asian cuisines. There is also a small hospital inside the airport that can handle minor emergencies. Since the airport is not that big, it serves only three registered airlines namely Buddha Air, Tashi Air and Druk Air. The flight has local points in eastern Asia. Some of the destinations are Bangkok, Kathmandu, Dhaka, Guwahati, Jaka, Bagdogra and Gaya.

This airport is located near the Jakar district of Bhutan and starting operating in 2011. However, initially it had flights only to and from Paro and in 2012 it got suspended due to runway damage but was recently opened for use.

On 17th December 2011 which is also the National Day of Bhutan, Druk Air and Tashi Sir conducted inaugural flights to Bathpalathang. Currently there are two flights which operate from here. One is Druk Air that flies to and fro from Gelephy / Paro and another one is Bhutan Airlines that flies to and fro Paro / Thimpu.