If your current vacation were to the hill stations, beaches or historic places, then sticking around the “Nepal Wildlife Sanctuary” will be an extremely crazy experience for you. Yeah you heard right, Nepal nestled in the middle of high mountain ranges and infinite grassland has rich fauna and flora. According to conservative evaluation, it has nearly 100 varied species of animals and around 750 types of aerial species in entirety. So without ado, book the accommodation/safari, pack your comfortable attires, binoculars, sun protection gear, camera and get ready to explore the wilderness which is full of plant and animal life. Here are the top 10 Wildlife Sanctuaries of Nepal:

At a distance of 120 Kms from south-west of Kathmandu, “Chitwan National Park” is one of the ancient Nepal’s wildlife reserve which is famous for the most threatened Asian species “One-Horned Rhinoceros” and the “Royal Bengal Tiger”.

Except this, the park which stretches across an area of 932 sq. km is also home for “Wildlife” like leopard, rhesus monkey, bison, wild boar, deer, sloth bear and about 450 species of birds. If you are lucky enough then you can enjoy different safari in one trip named Elephant back excursions, nature walks, canoe trips, river rafting, driving from Kathmandu to the river Trishuli or Seti Khola. Yeah, many certified agencies are available here which arrange such safari. Along with wildlife there are lots of things to in Kathmandu during your trip.

Best Time to Visit: May - September 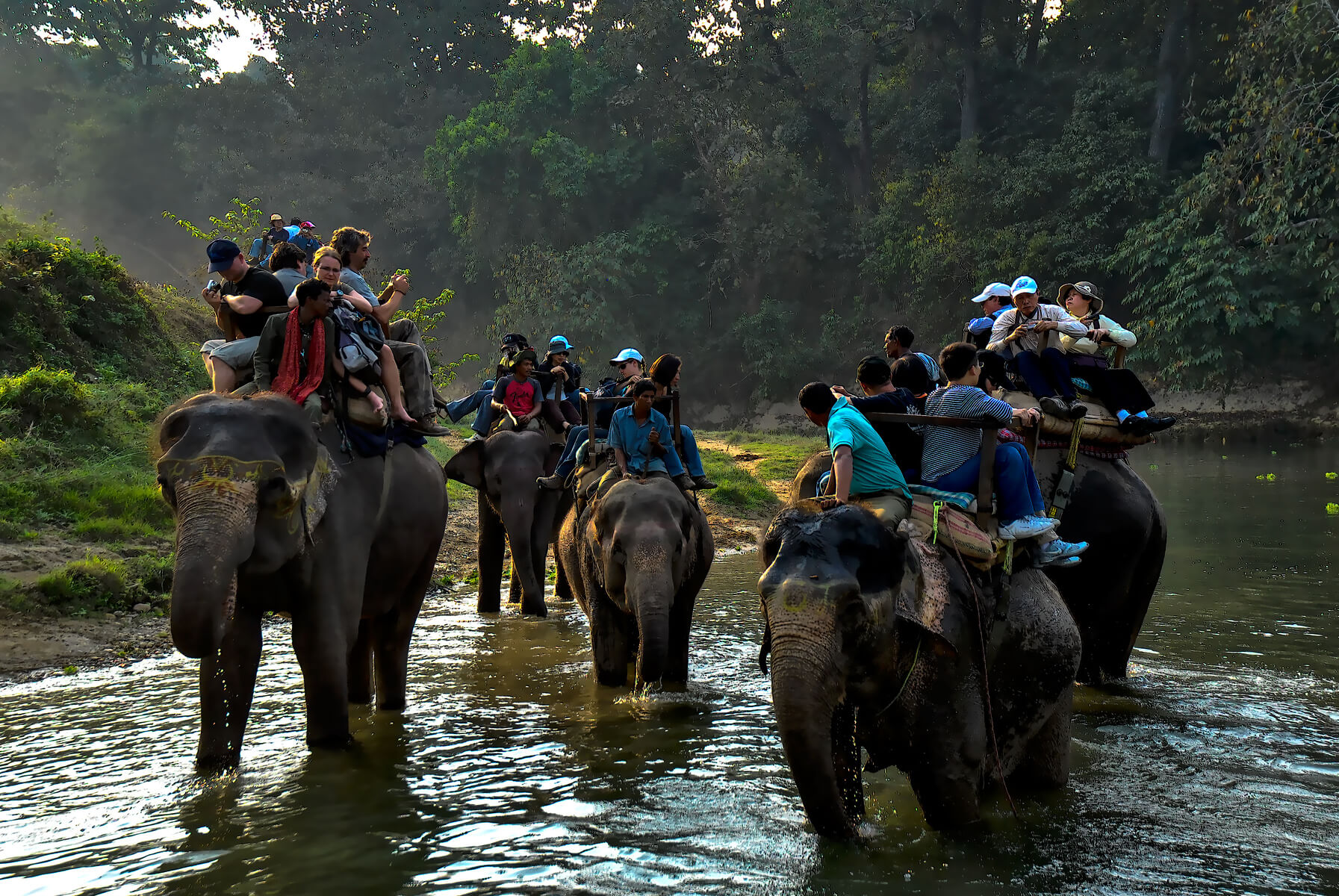 Best Time to Visit: May - September

Nestled in the southern part of west Nepal, “Shukla Phanta Wildlife Reserve” is one of another popular wildlife reserve. Stretches over an area of 305 sq. km of affluent greenery, the Shukla Phanta park boasts for a diversity of around 24 animal species and 350 bird species (of which 180 are rearing species (Inskipp, 1989) recorded while in 1977 Bhatt and Shrestha study recorded species i.e. 14 species of fish, Schaaf (1978b), 10 species of Ectoparasites and biting flies. Other than flora and fauna, the park also offer jungle safari which is encircled on the eastern side by the Chaudhar River and to the north by a forest belt and cultivation. 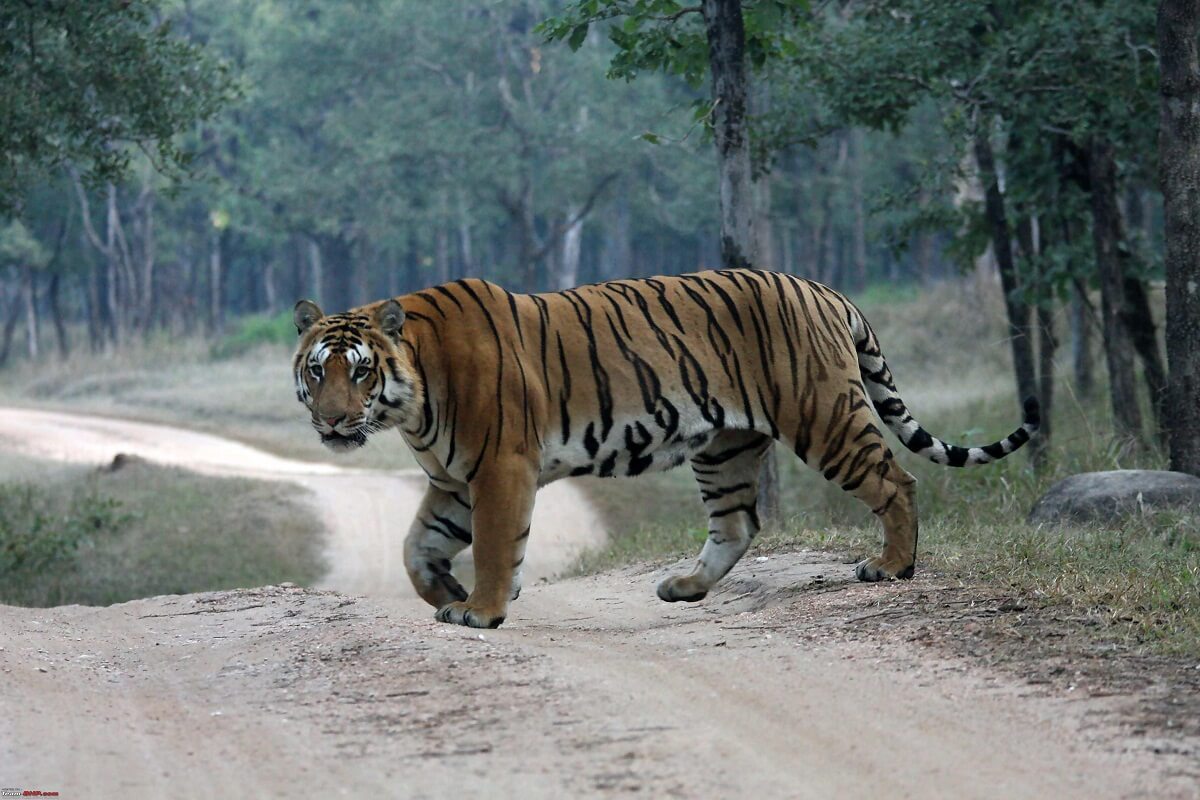 “Sagarmatha National Park”, situated at the highest height in the world (3000 meters i.e. 9700 feet) above sea level features the topmost peak of Asia “Mount Everest” together with other famous peaks such as Lhotse, Thamerku, Pumori, Ama Dablam, Cho Oyu, Kwangde, Kangtaiga and Gyachyung Kang that allure tourists from all over the world. If you think Sagarmatha is well-known for its opulent beauty only, so wrong, its rocky landscape with deep valleys, snows and huge rocks houses variety of wildlife, more than 118 species of birds and 26 species of butterflies reside in the park.

If you are lucky enough you can watch the threatened species named snow leopard, red panda, and two varieties of sensational pheasants - the crimson-horned and the impeyan, Nepal's national bird in their natural habitat. For perfect views of encircling peaks, must take the 15-20 minutes park headquarters journey by foot from Namche and last but not least, don’t forget to do trekking here, as this UNESCO world heritage site is ideal for trekking purposes. 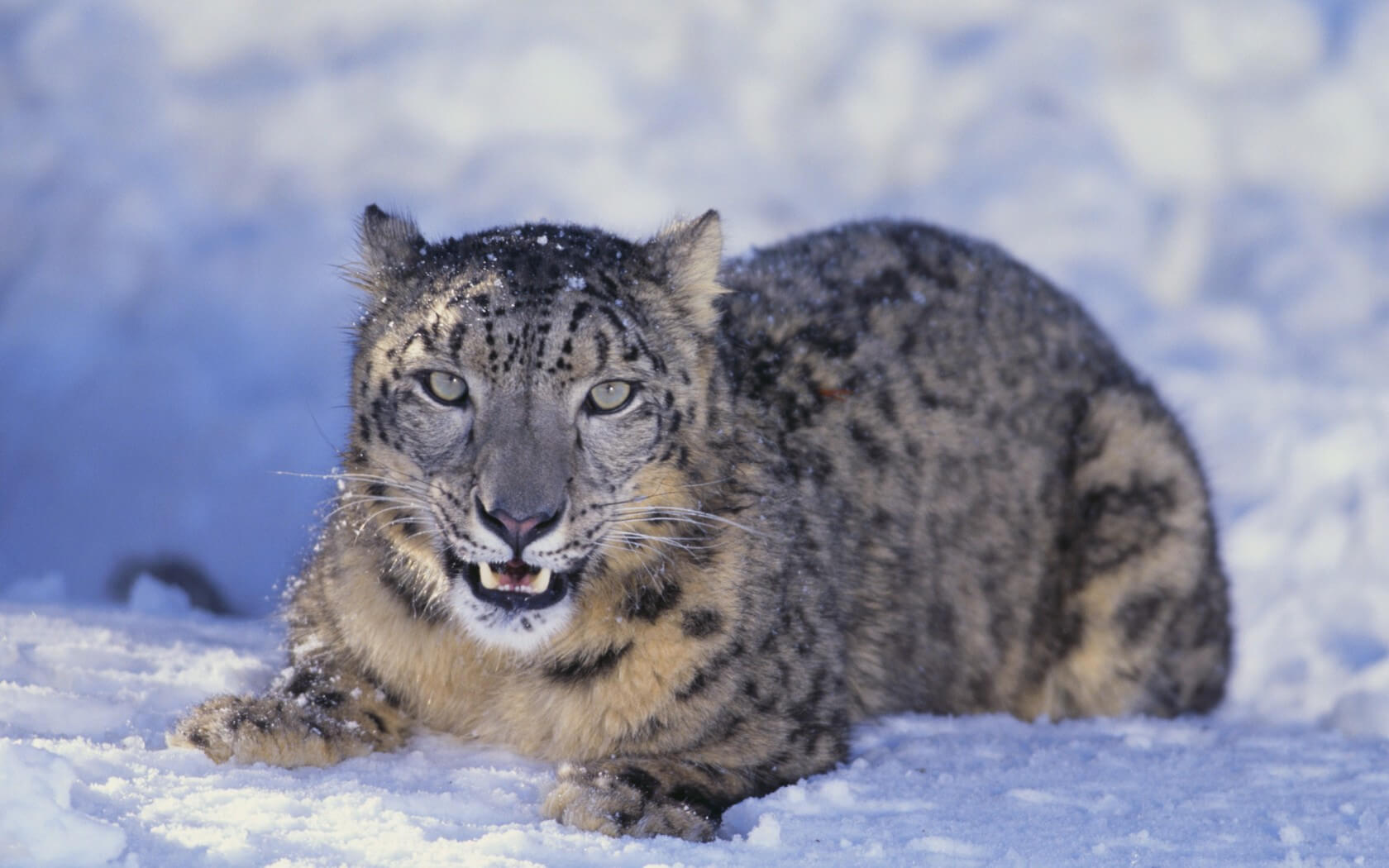 “Makalu Barun National Park” which is encircled by the Arun River in the east, Sagarmatha National Park in the west, Nepal China border in the North and the Saune Danda (hill) to the South is one of the preserved areas in Nepal with a serious nature reserve. Extents over an area of around 2,330 sq. kms, the park has some of the affluent and particular compacts of plants and animals, basically Makalu parks shelters 3000 species of flowering plants, 440 species of birds and 75 species of animals. No doubt, in the evening, listening collective sound and watching of over 440 species of birds can be quite noisy but enticing. Some of the common mammals which you find here are: deer, Himalayan marmot weasel, Langur monkey and serow. 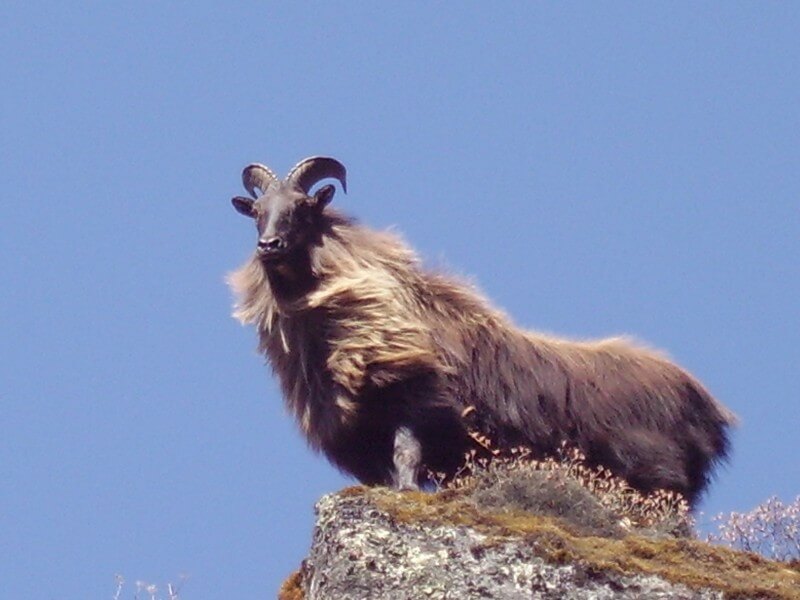 “Annapurna Conservation Area” which is Nepal's biggest prevented area cover around 7,629 sq. km area in the Annapurna range of the Himalayas has been believed as one of the best trekking areas in the world as it envelopes the area of Manang, Mustang, Kaski, Myagdi as well as Lamjung districts. Despite this, the Annapurna also famous for around 100 varied kinds of animals including rare snow leopards and blue sheep, 478 species of birds, multi-colored Impeyan, Koklas and blood pheasants, 39 species of reptiles , 22 species of amphibians and last but not least various species of orchids and rhododendron.

Best Time to Visit : March - May 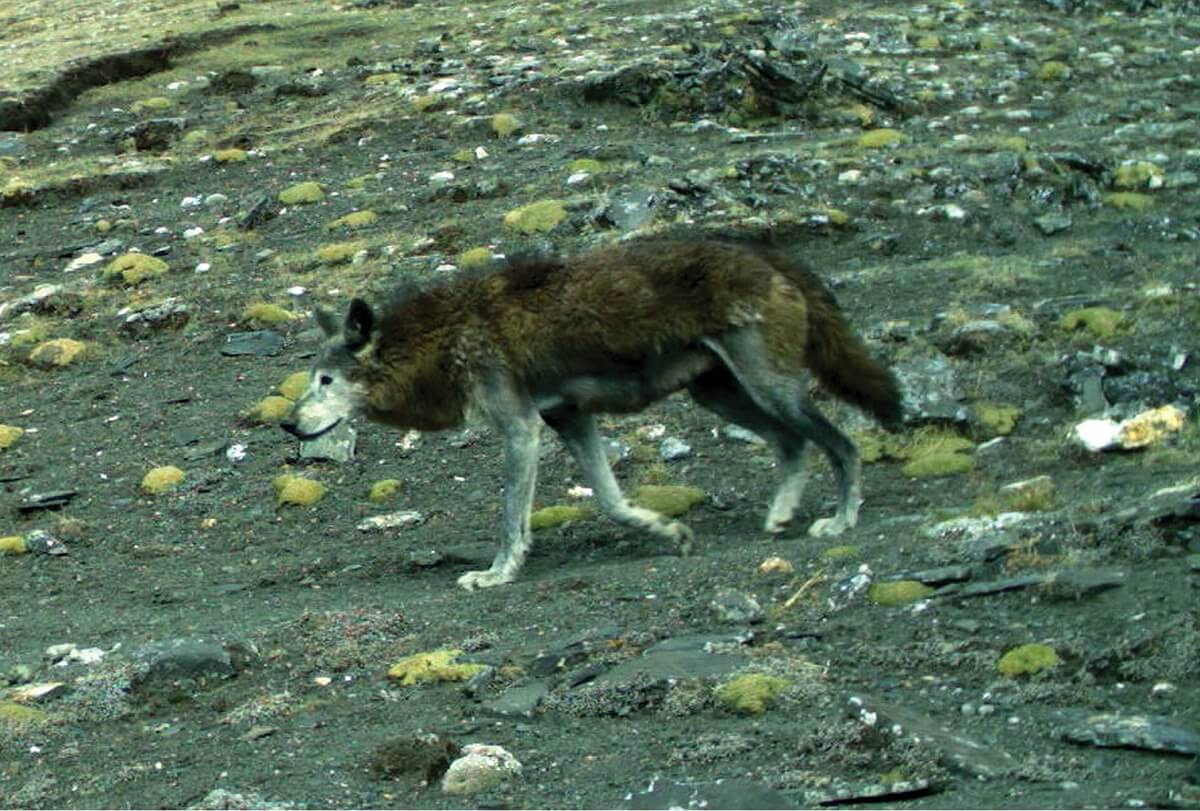 The “Kanchenjunga Conservation Area (KCA)” which has been picked as one of the 200 “Global Eco Regions” by world wildlife fund houses almost 2500 species of flowering plant and many threatened wildlife species of which 202 species of different birds including Impeyan pheasant, red-billed, blue magpie, shy drogue, 30 varieties of rhododendron species and 69 varieties of orchid. If you are lucky enough you can watch the threatened species named snow leopard, Himalayan black bear, musk deer, red panda, blue sheep and rhesus macaw in their natural habitat.

Best Time to Visit : March - May / September to Mid - December 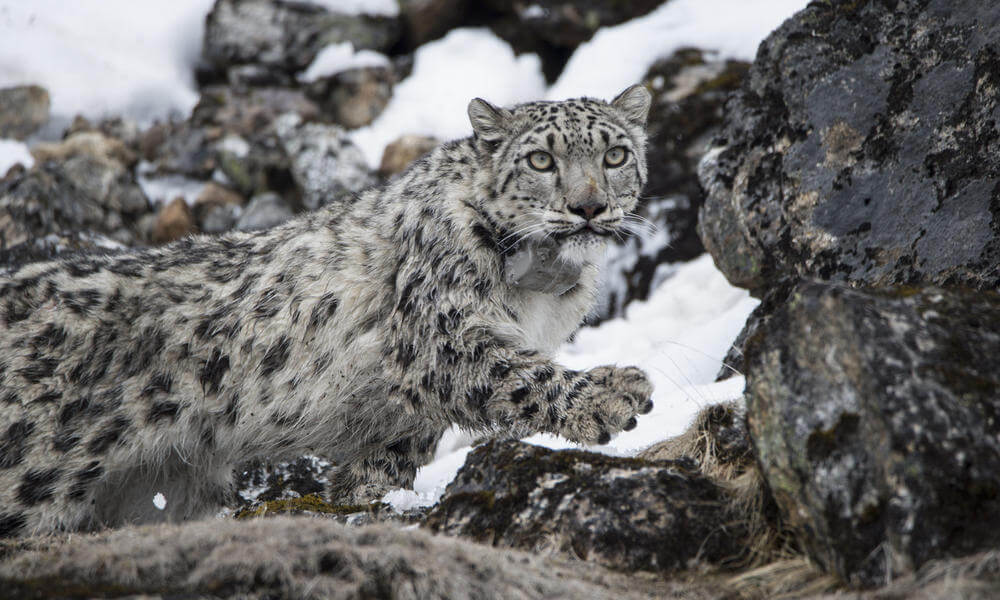 Also Read : Nepal and its Cuisine

Stretches over an area of 175 sq. km “Koshi Tappu Wildlife Reserve” is popular for one unique reason as many birds’ species found here are not seen anywhere in Nepal. According to conservative evaluation, this lovely wildlife reserve has 31 species of animals, 200 species of fish and 485 species of bird which fly all the way from Siberia during winter and lots more. The wildlife in the reserve which captivate tourists are a huge type of ducks named herons stork’s egret’s ibis, wild buffalo, wild boar, hog deer, spotted deer, blue bull, jackal, Gharial crocodile and Gangetic dolphin.

Best Time to Visit : October - May 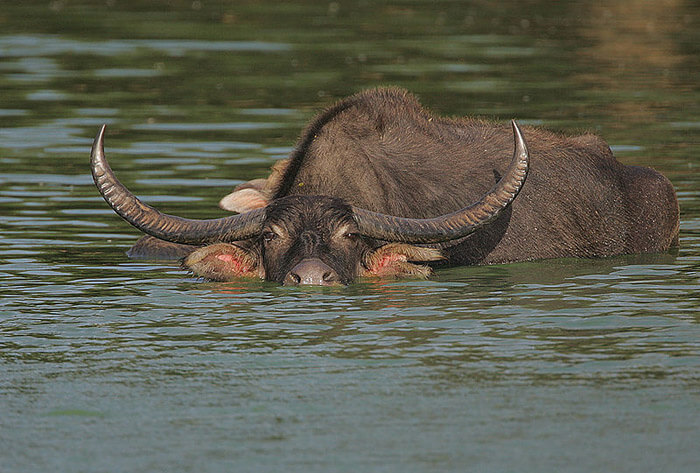 Other than flora and fauna, the feature that make Langtang National Park popular among worldwide are Gosainkunda Lake, Dorje Lakpa Range and summit of Langtang lirung. Thousands of Hindu pilgrims visit the lake every year, especially during the Janai purnima festival which comes in every August. 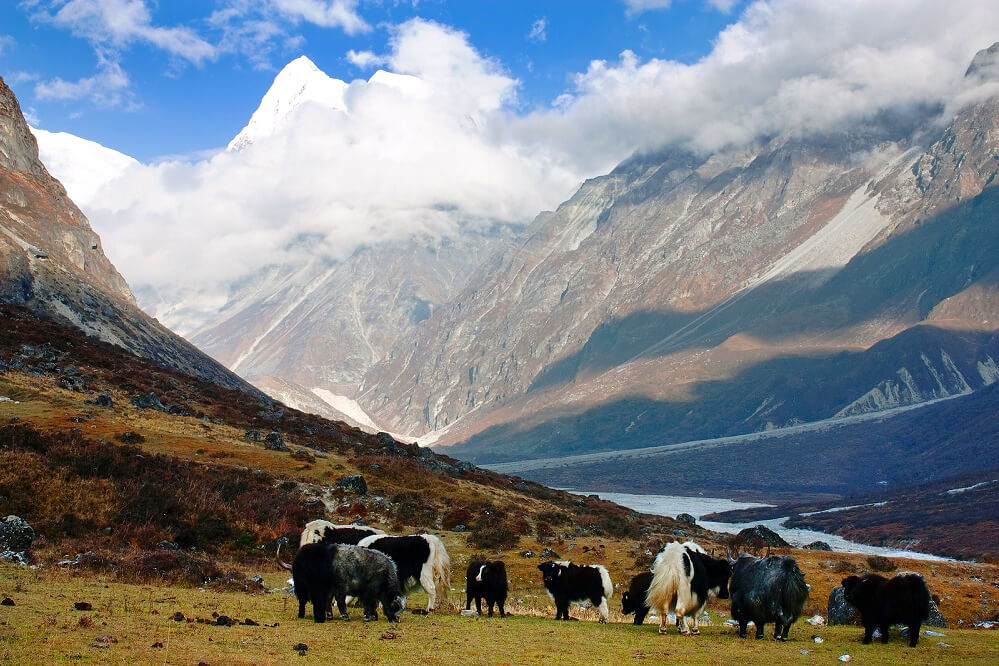 Also Read : A Complete Guide to Nepal for Travelers

Best Time to Visit : May - September 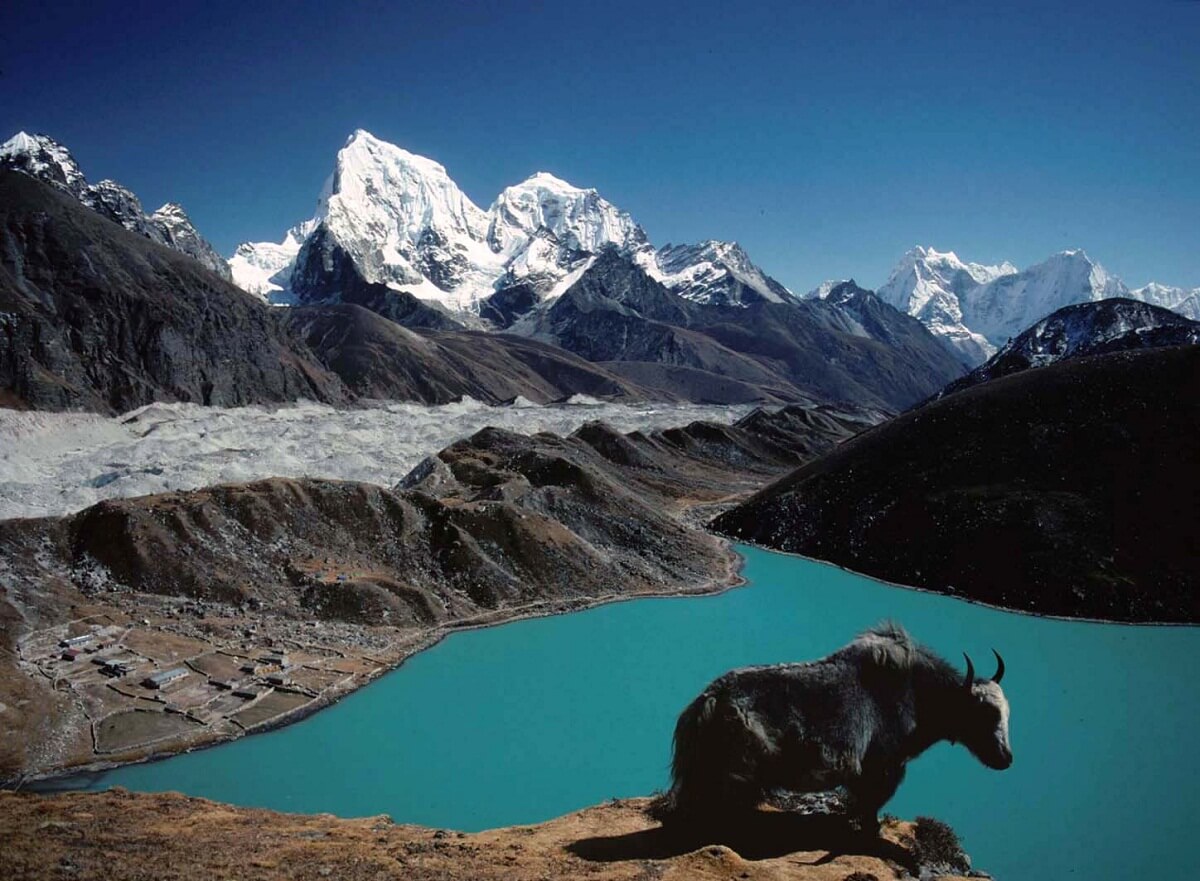 Read More : Top 10 Exciting Things to Do In Nepal

So after reading about these wonderful Nepal wildlife sanctuaries, I am sure, one thing clears in your mind, that on this wildlife excursion, you won’t become the witness of the wild beauty but various thrilling or adventurous activities awaits for you, then without ado, for best Nepal Wildlife Tour Package and good deal, don’t forget to visit the website: http://www.travelogyindia.com. and enjoy an ultimate experience.

Also Read : 11 Things That Will Make You Fall In Love with Nepal Popular Tour Packages of Nepal :