A Trip to Jammu Kashmir and Ladakh

Jammu and Kashmir in the west and Ladakh in the east are two union territories situated in the northernmost part of India. Both are culturally and geographically as varied as landscape can be. If Jammu and Kashmir could be divided into South Kashmir that houses Jammu and Katra, the other part of pristine alpine beauty houses Muslim Kashmir.

Although the distinctions are not rigid and absolute, a generalization makes it a bit easy to comprehend the topography and demography of the region.

And, on the east where the Himalayas rise to form their awe-striking ranges nestles Ladakh. A land of unparallel beauty and divinity! Monasteries of ancient times and a region dotted with small villages, Ladakh is accessible by road only once a year i.e. in the summer months.

Lying on the banks of the river Tawi, Jammu is enveloped between the Himalayas and northern-plains. Earlier called the ‘City of Temples’, Jammu has been home to some of the most sacred shrines of Hinduism and sees multitudes of tourists visit every year to pay homage to the gods that rest there. The city also houses the University of Jammu and the Sher-e-Kashmir University of Agricultural Sciences and Technology of Jammu.

About 50 kms from Jammu is the Temple town of Katra or Katra Vaishno Devi. This small region in Reasi district is situated in the foothills of the Trikuta Mountains. Katra is the abode of the holy temple of Vaishno Devi.

A booming travel and hospitality industry here serves the needs of millions of tourists and devotees who visit every year. A major attraction besides the Vaishno Devi temple is also the Bhairon Baba Mandir, popular for all sorts of reasons.

The famous Shiv Khori Yatra of the cave shrine of Lord Shiva is also situated about 80 kms from Katra. The shrine is popular for its depiction of the natural formation of shivlingum. More than 150 m long and 4 feet high, the cave temple is also known for the milky lime fluid that drips from every part of the ceiling.

The largest city of J&K, Srinagar lies on the banks of the Jhelum River and is known for its houseboat dwellings, gardens, picturesque markets, towns and its cuisine. Srinagar is also a manufacturing hub of silks, silverware, wood, leather, carpet and so much more.

It is also most densely populated and is Kashmir's most fertile agricultural land known for its production of apples and dried fruits. Prominently associated with its rugged and smooth cold desert mountains and mind-altering altitudes, Ladakh has been inhabited since the Stone Age. For all its history, Buddhism left an indelible mark on its populace and topography. Gompas, prayer flags and stupas are all markers of the predominant influence of Buddhism in the region.

Ladakh, divided into two districts Leh and Kargil, is one of the highest regions in the world which contains the Karakoram Range, the Himalayas and the Zanskar range. Leh is popular for its monasteries and is home to the Indus, Shyok and Nubra river valleys while Kargil contains the Suru, Dras and Zanskar river valleys. Dras is the second coldest inhabited place in the world after Siberia. Temperatures’ there can go as low as -60º. 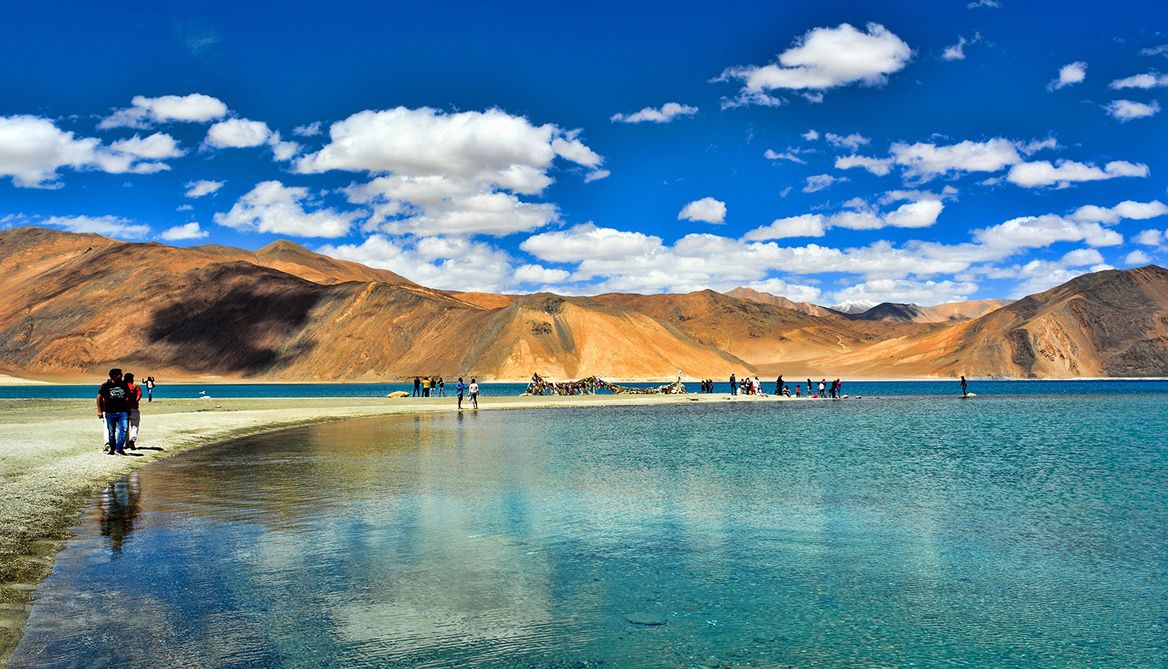 Popular associations with Ladakh are its culture, very similar to the Tibetan culture, its cuisine, music and dance and medicine. The Leh Palace, Thiksey Gompa, Choskhor complex, Old Town of Leh, Wanla Gompa and Spituk Gompa are some of the key tourist locations of Ladakh.