One among the top tourist attractions in Jammu. But the condition is not as good as it used to be in its splendid days. The architecture can be seen as a unique blend of European, Rajasthani and Mughal styles. Actually whenever an artist from these areas of reign came they contributed a little something to this place. As a result the amalgamation is formed. But the wonderful part is that nothing looks out of place. All the details are so intricately married to each other that only the professionals can tell the difference apart. The Mubarak Mandi Palace was in use by the Kings of Dogra Dynasty personally till 1925, when the then ruler Maharaja Hari singh made and shifted into Hari Niwas. 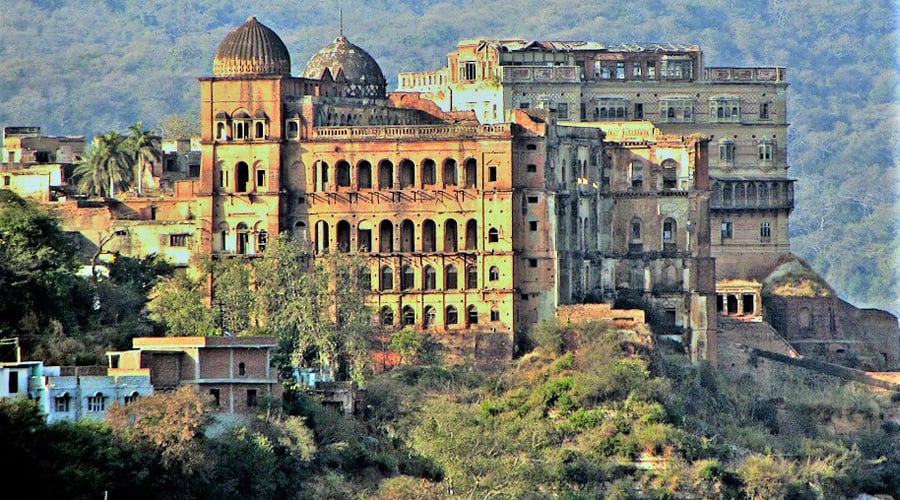 This palace on the other hand is believed to be more than 150 years old. It stands tall with the history of Jammu being spilled from each nook and corner of the palace. A visit to this palace will explain and give you a feel of the grandeur in the lifestyle of the rulers of the yesteryears. They simply had a class apart, not just the clothes and food they had but their palaces also explain this fact beautifully. With time the palace has taken a back seat in beauty but it is still significant in history. The whole complex is very vast and comprises of many palaces, other buildings and also courtyards. All have their separate names so that it can be known who made it and when.

There were royal functions and meeting held in the courtyards in the yesteryear. Now parts of the complex are used as government buildings for official use, as now it is under the care of the government itself. The whole complex is not fully functional as parts were destroyed in the fire and earthquakes that hit the region. But still the collections of articles in the complex as a whole have been saved to a large extent so they are frequently visited by the tourists now also. If in town, you must go there for once and know the Dogra dynasty in a better way.

You May Know More  - Things to Do in Jammu & Kashmir