As the name suggests this place is connected to Lord Shiva. He who is the divine creator or destroyer according to the Hindu Mythology is worshipped in these caves. It is a cave in the Udhampur district around 60kms from Katra, another renowned pilgrimage destination. So Shivkhori is also a religious place. You must visit Shivkhori when you come over to Katra for a darshan at Vaishno Devi. As when you seek blessings from Goddess, it will be even better to be blessed by Lord Shiva too. 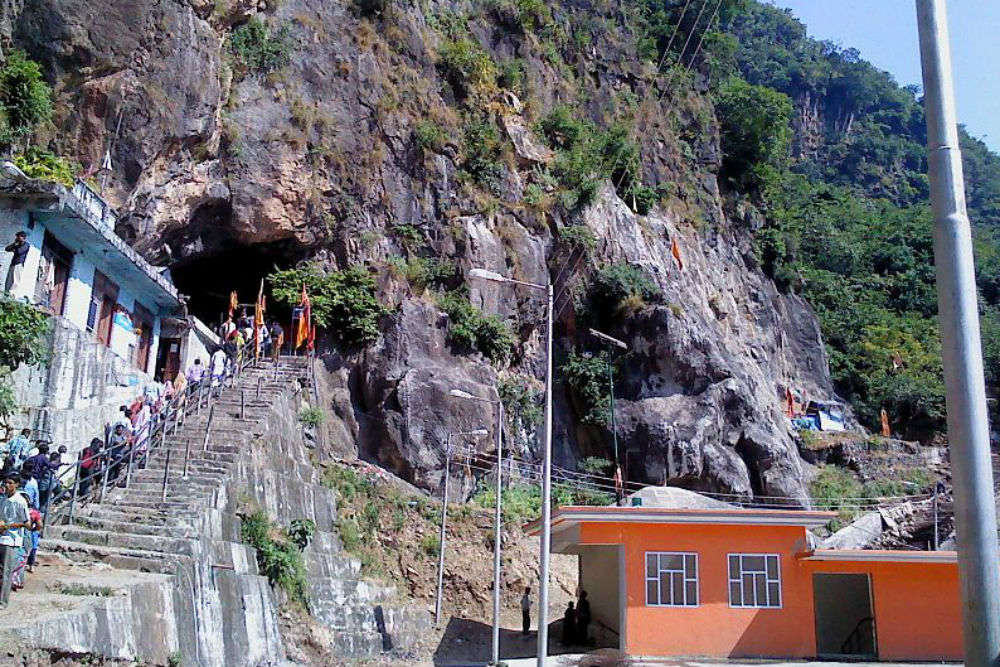 The caves are known to be half a km deep. It is believed to be in the shape of beloved Damroo of lord Shiva. The caves are wide at the open ends whereas thin in the middle. In the centre the main attraction is the self immerged Shiva linga also called Swayambhu. This Shiv Linga is around four feet high. And a mysterious flow of whitish water droplets continuously falls on the Shiva linga. It is believed to be a part of the eternal river Ganga. According to local beliefs this is the unborn and invisible form of Lord Shiva. He is among us all at all times. So here you can pray to him with your whole heart.

The journey to this cave is almost a three km trek. The environment in the cave and the way leading to the cave is so divine that even before entering the cave you will feel the positive energy flow inside you. The serenity of the area and the appearance of the four feet Shiva Linga is bound to mesmerize the moment you sight it. Going inside the cave may be a little tough for a few people. Though the Aura is very encouraging and if it only the tediousness that keeps you away you must go in once. There are special arrangements for offering Shiva Abhishek or Aarti, which can be arranged by the shrine committee. Devotees throng this place in large numbers on the occasion of Shivratri. Special arrangements have been made at that time for safety and security of all.

Devotees from all over the world come here to be blessed by lord Shiva. The prayers being offered and the aroma of the incense sticks is very holy. You will forget all your worries and feel all your tensions have been solved by the Lord. Inside the cave there are idols of Lord Shiva, Goddess Parvati, Lord Ganesha, Nandi, Kartikeya and Sheshnag. Some believe that these all have come up on their own. Hence those who are not very interested in the religious part must still come here. This place is well connected by road and frequent bus from Jammu or Katra can be taken. You can visit by taxi your own vehicle too.