Approved By : Govt. of India, Ministry of Tourism

The cabins of Maharajas’ Express is divided into four types, based on the style of luxury preferred by the tourists. The entry-level luxury car of the train is called the ‘Maharajas Express Deluxe Cabin’.

In a comparative term, this is the least luxurious cabin in the train. Given a peek to the cabin with lavishing interior, live television, international telephone facility, en-suite bathroom, wardrobe and others, you would beg to differ.

Maharajas’ Express holds 20 Deluxe Cabins. Among those, 12 have twin beds and 8 holds double beds. Apart from the style of bedding, the other features of all the Deluxe Cabins are the same.

The 20 cabins are located in four train coaches. Each coach will hold four Deluxe Cabins. The coaches of the Deluxe cabins are named after the precious stones of India like Hakki, Firoza, Katela, Beruz and Pitoniya. 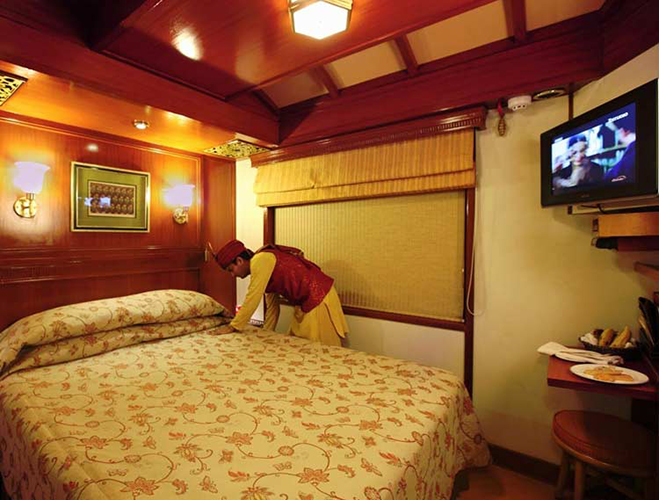 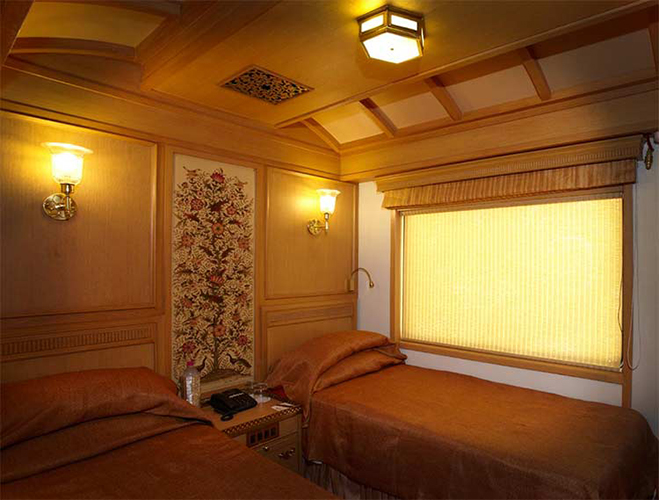 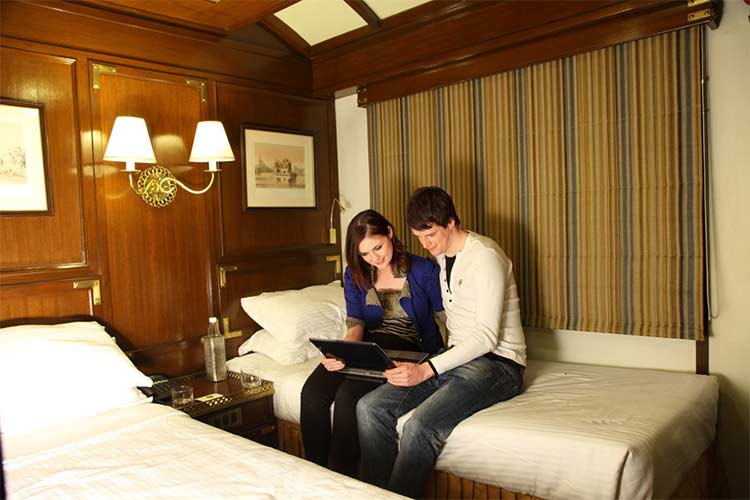 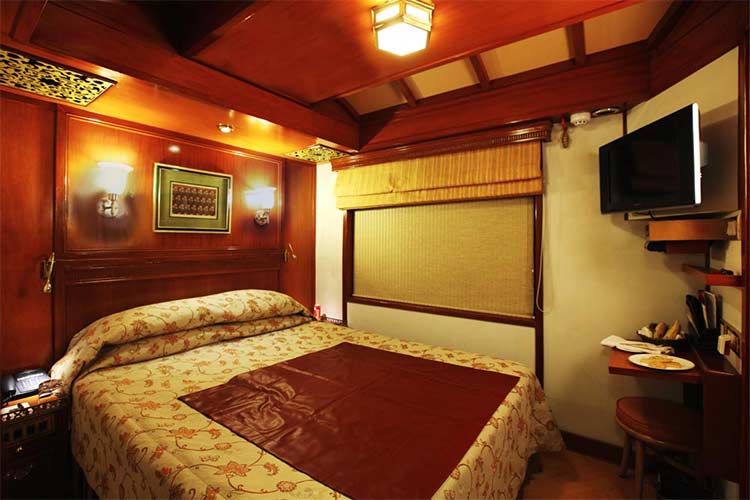 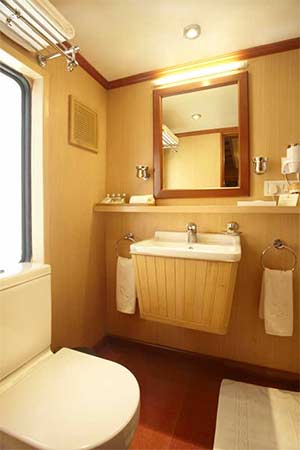 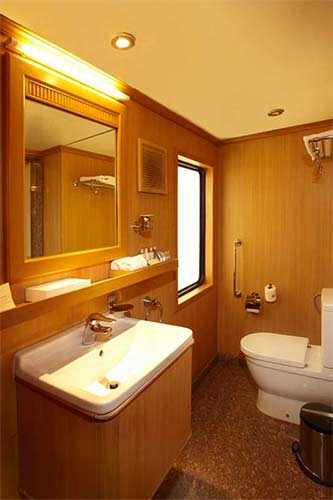