Uttarakhand, 27th state of India, is located at the northern part of India. Formerly, Uttarakhand was a part of Uttar Pradesh and it was known as Uttaranchal. Uttarkhand being separated from Uttar Pradesh was formed as a new state in 2000.

The State has 13 districts, which are divided into two divisions - Garhwal and Kumaon. Dehradun, the largest of Uttarakhand, is the winter capital and Gairsain is the summer capital of the state. 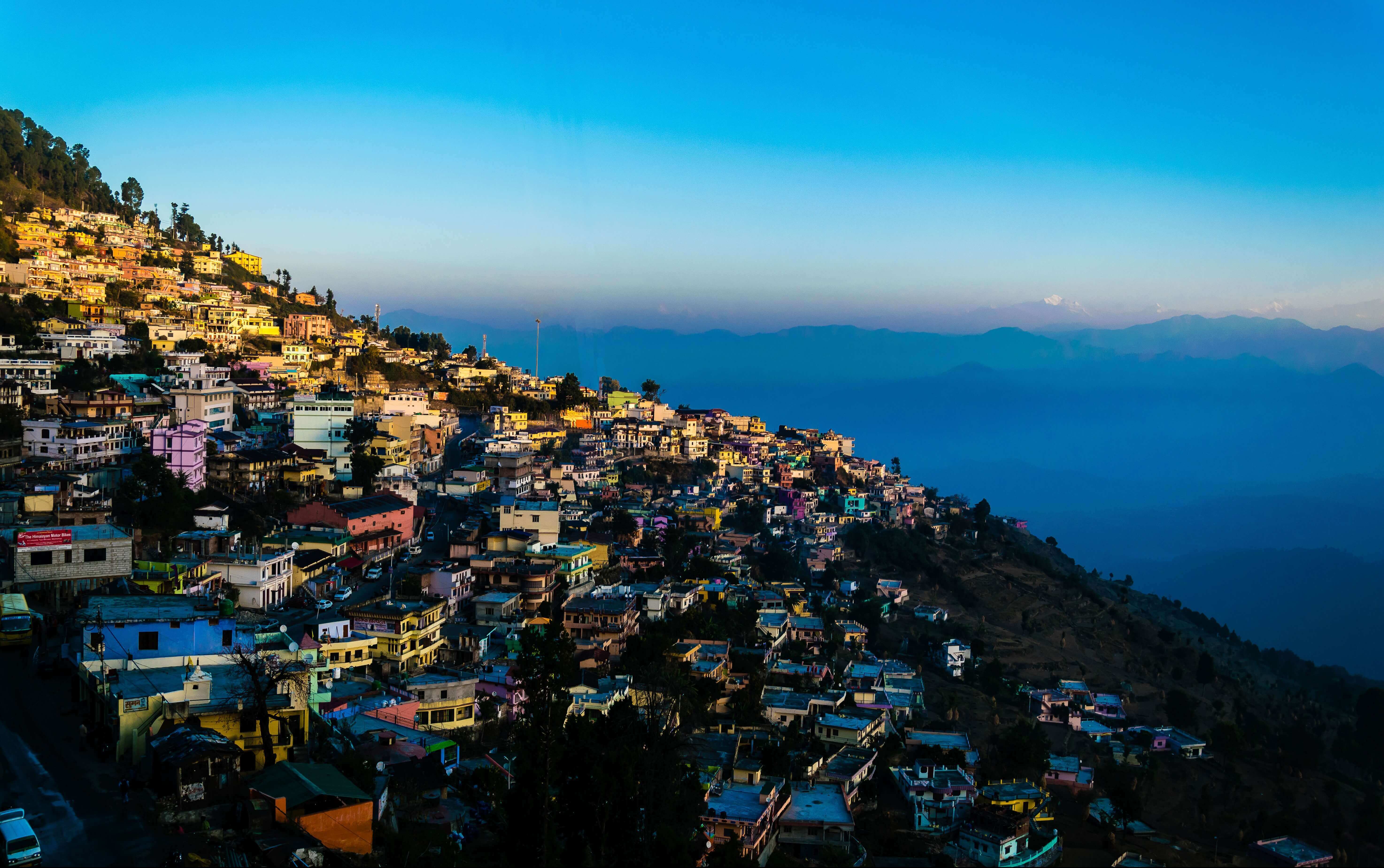 According to ancient rock paintings, paleolithic stone tools, since prehistoric times, people used to inhabit at the mountains of the region. Archeological evidence proves that there were early Vedic practices in the area. The Nandas, the Mauryas, the Kushanas, the Guptas and many other dynasties ruled Uttarakhand. Even the British were not the exception.

The process of formation of Uttar Pradesh started during the reign of Nawab Asaf-ud- Daullah in 1775.

Garhwal and Kumaon were rivals but their geography, culture; economy formed strong bonds between them. This strong bond was the basis of new political identity of Uttarkhand.

Uttarakhand covers a total area of 53,483 sq.km. Most of which is mountainous (86%) and the rest (65%) is forests. Uttarakhand is located at the southern slope of the Himalayan range. The climate varies with elevation from glaciers at the top to subtropical forests at the lower altitude.

Therefore, the northern part of Himalayan has a typical Himalayan climate.

A cold alpine climate prevails at a higher elevation of the Himalayas, where winters are cruel and summers are cool.

The temperature falls below the freezing point and the area is covered with snow above 4800 meters.

Uttarakhand experiences vivid celebrations and performs a variety of rituals throughout the year. The deep-rooted connection with nature and the rich mythology inspire the people of Uttarakhand to indulge in celebrations. Though the fairs and celebrations are culturally rich, they are simple.

Kumaoni and Gawhawli are the main spoken languages while people also speak in hindi.

Uttarakhand is a secular state, where you will find Hindus, Muslims, Sikhs, Christians and Buddhists. The majority of the people of Uttarkhand is Hindus. 2011 census recorded that 82.97% of the total population of Uttarakhand is Hindus while 13.95% are Muslims.

Uttarakhand has many artisans, who are indulged in manufacturing a variety of art and crafts. Rural people practise woodwork. Garhwal school of paintings, murals like Aipan are significant art forms, which show the skills of the natives. The backward community practices the Ringaal handicraft, which is quite appreciable.

The lifestyle in Uttarkhand is simple but heterogeneous. You will find here both rural and urban lives. The urban life is featured by top notch schools, shopping areas, hotels and restaurants. The urban area offers better job opportunities.

Rural people are engaged in agricultural works. They collect woods from forests, sell handicrafts and organic products and thus live their livelihood. Rural people spend their leisure time by indulging themselves in traditional art and craft, in performing folk dance and in organizing fairs.

Agriculture is the main occupation of the people of Uttarkhand. Besides, tourism and hydropower industries also are the sources of income. Other industries include IT, ITES, pharmaceuticals, biotechnology and automobile industries.

Fruits, which bring a large amount of revenue, are apples, oranges, litchis, pears, and peaches.