Fondly known as the ‘Land of Kings’, Rajasthan is replete with magnificent forts, palaces and cultures. Rajasthan with Heritage hotel stay is one step close into exquisite interiors, adorned with antique furnishings, elaborate carvings, beautiful murals and opulence that makes you speechless.

From grand welcome complete with a shower of rose petals to personalized services, you will feel like real kings and queens.

Loving transformed with modern conveniences, these hotels are the former homes of royalty. They include magnificent forts, royal palaces, havelis and more that keep the splendour of the past days intact with addition of comforts of the modern days. Furthermore, these heritage properties offer a firsthand experience of Rajasthan's rich history and hospitality.

During the 14 nights and 15 days trip, you will be exploring top tourist attractions of Rajasthan including ancient monuments and heritage sites, tribal tour-Bishnoi village, along with the UNESCO World’s heritage site-The Taj Mahal, Humayun’s Tomb & Qutub Minar .

Cherish the legends of historic times and admire the craftsmanship of the past.

Upon arrival at the Udaipur airport you will be welcomed by Travelogy India representative and transferred to Delwara for a two-night stay at the heritage hotel .

Then enjoy a scenic drive around Fatehsagar Lake before taking an included cruise across Lake Pichola (subject to water levels).
Dinner and Overnight at the Hotel.

Post breakfast you will proceed to Rohet, pausing at the magnificent 15th-century Jain temple of Ranakpur, encompassing 27 halls and 1,444 pillars and covered in delicate carvings. Upon arrival at Rohet, Check in Heritage hotel Rohetgarh /similar. Rest day at leisure activities.
Dinner and Overnight at hotel Rohetgarh.

After breakfast explore the Marwar kingdom’s capital for five centuries, Jodhpur sits at the base of a sandstone ridge on the edge of the Thar Desert an hour from the hotel, enclosed by a nine-kilometre long wall. Visit the 15th-century Mehrangarh Fort – its formidable exterior conceals three beautiful palaces graced with delicate latticework, pierced sandstone screens and wall paintings.

Also visit Jaswant Thada, a cluster of royal cenotaphs dressed in white marble, which were built in 1899. Later this afternoon visit a desert tribe –The Bishnoi village safari tour.

The Bishnoi community inhabits the village. The villagers are staunch worshippers of nature in all its forms, specially the sanctity of plant and animal life.

They even pray to the green trees and animals that inhabit their land. In this world of exploitation everywhere, they make every effort to conserve the environment

Post breakfast ,you will drive towards the Thar Desert’s arid landscape of subtropical scrubland interspersed with sand dunes will unfold on your journey to Jaisalmer today.

Upon arrival check in to Heritage hotel and relax.

After breakfast you will visit the very magnificent Jaisalmer Fort - It is believed to be one of the very few "living forts" in the world, as nearly one fourth of the old city's population still resides within the fort.

You’ll also visit the city’s centuries-old Jain temples. This afternoon, an included visit to the Sam sand dunes will be rewarded with watching the sun set over this Desert National Park.
Dinner and Overnight at the Hotel.

Post breakfast you will leave for Gajner. Upon arrival check in hotel and relax. Stay in the beautiful Heritage hotel.
Dinner and Overnight at hotel Gajner Palace.

After breakfast explore the camel capital of Rajasthan. Visit the impressive Junagarh fort, which unusually is not built on a hilltop. An included morning excursion will reveal its elaborate palace rooms of sandalwood, mosaics and murals.

You can also admire the carved wooden columns and gold leaf wall paintings of Bikaner’s two 14th-century Jain temples before enjoying the rest of the day at leisure.

Post breakfast you will proceed to Jaipur –The pink city of India. Upon arrival check into heritage hotel and relax.

Today after breakfast an excursion will reveal the royal palace and temples behind the 16th-century walls of the Amber Fort. Inside this former Rajput capital, you’ll discover a fusion of Hindu and Mughal styles .Visit the Jantar Mantar, the largest stone and marble observatory in the world, and drive past the famous Palace of the Winds & Birla temple. Explore Bapu market in the evening.

After breakfast you will proceed towards Agra- The Taj city of India .En route to Agra, visit Fatehpur Sikri, a beautiful city built between 1571-1573 and the capital of the Mughal empire for just 14 years.

Early morning view the Taj Mahal around sunrise on an included excursion. Regarded as one of the seven new wonders of the world it is also a UNESCO World Heritage Site. The 17th-century Taj Mahal was built by the Mughal emperor Shah Jahan as a memorial to his late wife.

Constructed in white marble, it took around 22 years and over 20,000 workers and craftsmen brought together from Persia, Turkey, France and Italy, to complete it.

This afternoon, visit Agra Fort, also a UNESCO World Heritage Site. Planned as an impregnable military structure, the fort acquired all the elegance and majesty of an imperial palace. Enclosed within walls two-and-a-half kilometres long, it was the city of the Mughal rulers, within which lay palaces, halls and mosques.

Enjoy a farewell dinner at the hotel tonight.

Post breakfast you will proceed to New Delhi –the capital of India. Upon arrival check into hotel and relax. Later in the afternoon explore Old Delhi & walk around the ramparts of Red Fort (Outside visit). The sturdy wall of the Fort which is composed of red sandstone reminds one of the valor and might of the erstwhile kings. Subsequently, visit Jama Masjid which has the capacity to accommodate 25,000 worshippers at a time.

Next, embark on a rickshaw to experience a joyous ride through the hustle bustle of the narrow lanes reaching Chandni Chowk amidst the cacophony of two-wheelers and three wheelers.

Thereafter, visit Raj Ghat, a Gandhi Memorial where one can pay his respects to the Father of the Nation.Return to hotel and relax.

After a sumptuous breakfast in the morning, begin your city tour of Delhi, the capital city. Visit Qutub Minar, the second tallest Minar in India measuring 73 m in height. Next, visit Humayun’s tomb, the first Mughal architecture to have a Persian touch.

Thereafter, drive past the Rashtrapati Bhavan or Presidential building and India Gate. One can spend some time at the verdant lawns encompassing the India Gate.

Return to hotel and relax.

After breakfast, transfer to the New Delhi International airport to catch your flight for home country. 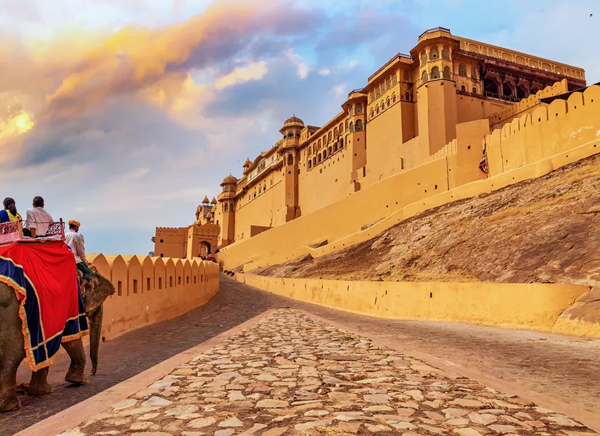 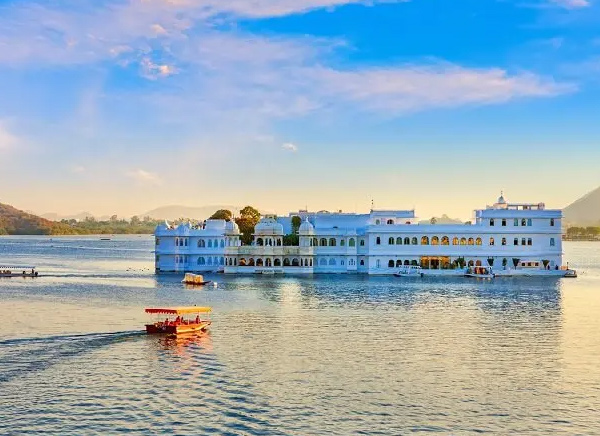 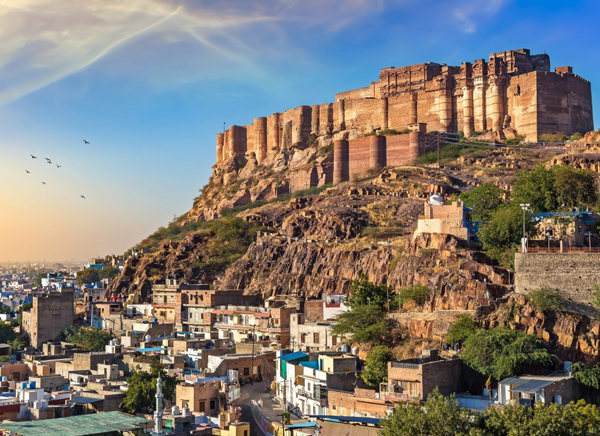 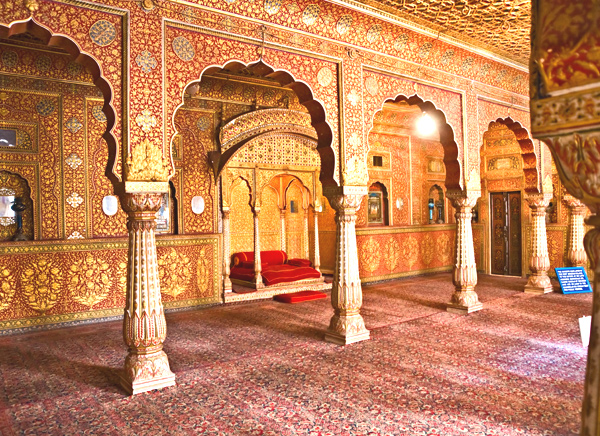 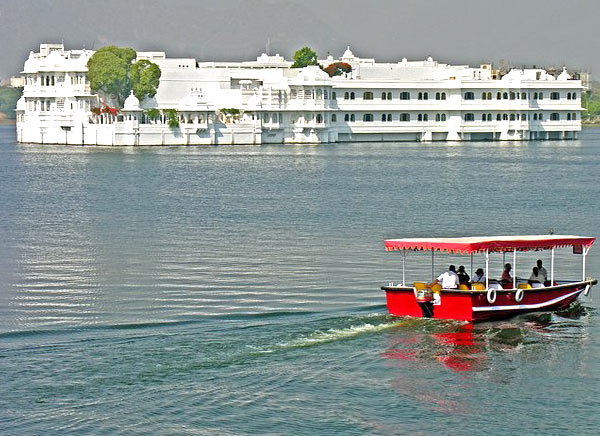 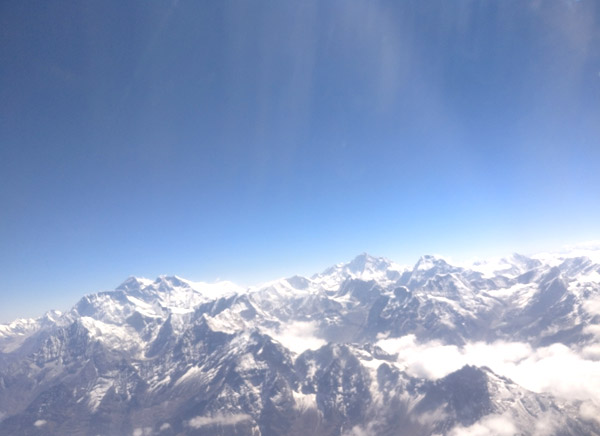