Bhutan, the Himalayan hidden gem has the aurora of the ancient times and the glory of the culture. This country is filled with ancient temples reverberating the old culture, interesting monasteries, monastic fortresses, and religious chortens. These yesteryear monuments dot the lush Himalayan countryside and high altitude farmhouses. If you wish to enjoy and relish Bhutan from all perspectives, here is an exclusive and exquisite tour package spanning for 11 days and 10 nights.

The tour starts once get out of the Paro international airport. You will be met and greeted by your tour representative. He will take you on a road trip (55km, 1.5 hours) to Thimphu, the capital of the country. It is an important tourist attraction for cultural and architectural beauties.

On the route, you will be stopping at Chuzom. Chuzom is the spot where River Paro and River Thimphu confluence. You can find three types of stupas in this spot, namely, Bhutanese, Nepalese, and Tibetan stupas.

Once you reach Thimphu, you will be checked into ‘Six Senses’ (2330m above sea level). After a brief rest, you will be taken on a short road trip to Kuensel Phodrang, aka the Buddha Point. This spot is famous for the panoramic view of Thimphu Valley and the largest Buddha statue of Bhutan. After enjoying the view, you can walk around and explore the valley.

Later, you will be taken on a walking tour through the main street and the market area of Thimphu. You will be visiting a traditional local family for dinner. You can enjoy their lifestyle and traditions during this meal.

After breakfast, you will be taken on a road trip (15 km) to the 16th century Pangri Zampa, a monastic school and monastery. Today, monks are taught astrology and Lamaism according to Buddhism philosophy, here.

Later, you will be covering some interesting sites in Thimphu like

You will be taken for lunch in any of the traditional restaurants. Later,

After breakfast, you will be taken on a road trip to the Dochu-La pass standing at the height of 3,088m or 10,130ft. You can explore the natural view, the chorten, prayer flags, mani wall, and others. If the climate provides a clear sky, you can watch the encapsulating mountains like Kangphugang, Terigang, Zongphugang, Jejeganphugang, Tsenagang Masagang and the Gangkarpuensum, Bhutan’s highest peak, standing 7,497m tall.

You will be exploring the 108 chortens in the Dochu-La pass, which are called the Druk Wangyal Chortens. This structure was built by Bhutan’s eldest Queen Mother, Ashi Dorji Wangmo Wangchuk.

Later, you will be driven to the Royal Botanical Park, the first of its kind in the country. You can enjoy the flora of this land with the background of Dochu-La pass.

You will be taken on a scenic drive to Wangdue. Lunch will be served in this town.

Later, you will be driven to Gangtey through one of the most scenic routes of the country, bordered with rhododendrons and oaks on either side. The Gangtey Valley is one of the aesthetically pleasing destinations to cover in Bhutan. This untouched natural paradise is famous for Phobjikha village, Gangtey Monastery, and others. Once you reach Gangtey, you will be checked into Six Senses Gangtey. Overnight stay in Gangtey.

Before breakfast, you will be taken to the Monastic school to watch the iconic prayer ceremony. After the breakfast, you will be taken on a sightseeing tour. The first attraction of the tour is Gangtey Goemba. This monastery is located on top of a ridge. It overlooks the valley and was inaugurated by Gangtey Tulku, Pema Lingpa reincarnation. He is a famous saint and Buddhism teacher in Bhutan.

Later, you will be taken on a trail walk (5.5 km, 2 hours) through the Gangtey Nature Trail. You will be exploring Phobjikha Valley, flower meadows, Semchubara Village, forest, valleys, and others. The trail comes to an end at a small community school, after you walk through Khewa Lhakhang and a chorten.

After lunch, you will be exploring and birdwatching at the Phobjikha Valley. If you are visiting in winter, you can spot a lot of black-necked cranes, which migrate to this valley from the northern plains. Nakay Chhu and Gay Chhu (Black and white water rivers) flourish this valley.

You will also be visiting the Black Neck Crane Information Center, which is located on the border of the forest and the wetland, closer to the Phobjikha Valley’s main road. You can explore the information center’s observation room, telescope, information displays, history displays, and others. You can also find a small local gift shop to buy tribal souvenirs and handicrafts.

After breakfast, you will be taken on a road trip to Bumthang (153 km, 5 hours). You will be driven through Trongsa, crossing the Pelela Pass (3,300m above mean sea level). This is the iconic boundary that separates the East from the West. This pass is famous for high-altitude dwarf bamboos, prayer flags, and others.

You will be stopping briefly at the Chendbji Chorten, an 18th century stupa built by Shida Lama. This Nepalese chorten is famous for the architectural beauty and sculptures.

Trongsa Town is located on the steep slopes formed over a gorge of a river. This town is the country’s central hub, where historic movements were led to unify Bhutan. The natural landscape of this town is also mesmerizing. After enjoying lunch at Trongsa, you will be taken to visit the 17th century Trongsa Dzong, the current seat of Central and Eastern Bhutan power. This seat was from where the first king and second king of Bhutan ruled the country.

Later, you will be taken on a road trip to Bumthang after crossing Yutong-La pass. The pass stands at 11,155 ft or 3,400m. The winding roads lead you through a coniferous forest and then the famous Chumey Valley. You will be taking a brief stop at the fertile Chumey valley. You can spot fields of buckwheat, barley, potato, and wheat. This region is famous for Bumthang Yathra, a wool weaving technique. You will be visiting the traditional Yatra weaving center to watch the weaving family in action and to enjoy evening coffee or tea.

Once you reach Bumthang, you will be checked into Six Senses Bumthang (2600m) for overnight stay and dinner.

After breakfast, you will be exploring Bumthang. This place is famous for four valleys with varying altitudes from 2,600 meters to 4,000 meters. The valleys forming Bumthang are Tang, Ura, Chumey, and Choekhor. This is a cultural and spiritual land, famous for ancient Buddhist monasteries and temples.

The first stop in the sightseeing tour is Jambey Lhakhang. This 7th century monastery was built by Songtsen Gampo, ancient king of Tibet. This structure was built along with 108 monasteries in the process of subduing evil spirits of the Himalayan region. However the current structure was rebuilt in early 20th century.

Later, you will be taken to the three temples, Kurje Lhakhang. The right-most temple of 17th century is built on a rock face of a Guru, who meditated there during 8th century. The second temple (holiest of all) stands on a rock cave, which has the body imprint of the Guru. The last temple of 20th century was built by Bhutan’s Queen Mother, Ashi Kesang. Surrounding these temples, you will find 108 Chorten wall.

Later, you will be taken to 16th century Jakar Dzong. The structure you see today was built in 17th century by Shabdrung. His grandfather built the first structure.

Today, this monastery is the administrative center of this valley and it also houses the area’s regional monk body.

After lunch, you will be taken to the 16th century Tamshing Lhakhang, the Terton Pema Lingpa temple. He is seen as Guru Padsambhava’s reincarnation. This temple is famous for many ancient paintings like 21 Taras (Boddhisatva’s female form), 1000 Buddhas, and others. This temple underwent restoration during 19th century.

Later, you will be hiking to Lhodrak Kharchhu Monastry, which is a famous cultural attraction, where you can find young monks practicing and training religious rituals, dharma dance, ceremonial instruments, sacred rituals, and art classes. You will be taken on an evening stroll through local markets and shops of the region.

After breakfast, you will be taken on a road trip to Punakha (215 km, 7 hours). On the way, you will be visiting Ta Dzong of 17th century. This cylindrical structure with five stories was built by Chogyal Minjur Tempa. Today, it is a traditional and cultural museum.

You will be served lunch at a local restaurant on the way. After reaching Punakha, you will be checked into Six Senses hotel.

Evening is at leisure for you to explore the town.

After breakfast, you will be taken to the Palace of Great Happiness, the Punakha Dzong of 17th century. This structure was built by Shabdrung Ngawang Namgyal at the spot where River Mochu and Pochu meet. In the past, it was the administrative and religious center of the country. This six story structure holds a gold dome tower, courtyards, religious statuary and others. You will be taking a guided tour through this structure.

You will be taken on a short trip to Chimi Lhakhang, which is located on top of a hillock, at the valley’s center. This is called the fertility temple, where people go to pray for a child. You will be hiking through rice fields and exploring the village closer to the temple to learn their lifestyle.

At last, you will be visiting Nalanda Buddhist Institute (Dalayna), a monastic school, where you will be interacting with monks, taking part in meditation, and others.

After breakfast, you will be driven to Paro (125 km, 4 hours). On the way, you will be exploring Simtokha Dzong of 17th century, Bhutan’s oldest fort that is now a school for Buddhism related studies.

After reaching, you will be checked into Six Senses.

After lunch, you will be exploring the National Museum, Ta Dzong, which was once a Watchtower. This museum holds collection of armor, weapons, Thangkha painting, ancient household objects, textiles, and others. You will be taking a walking trail to reach Paro Dzong, the Rinpung Dzong (fortress of heap of jewels) to explore the wooden galleries, ancient paintings, and others.

After breakfast, you will be taking a walking trip (5 hours) to reach Tiger’s Nest monastery (Taktshang Monastery), standing on the edge of a cliff. Later, you will be driven to Drukgyel Dzong of 17th century (burnt in 50s). Explore the Bhutanese farmhouses that are built without nails. You will be exploring Kyichu Lhakhang of 7th century. This was built by Songtsen Gampo, king of Tibet. This structure marks the beginning of Buddhism in the country.

Evening is reserved for leisure activities in Paro or shopping.

After breakfast, you will be driven to Paro airport. 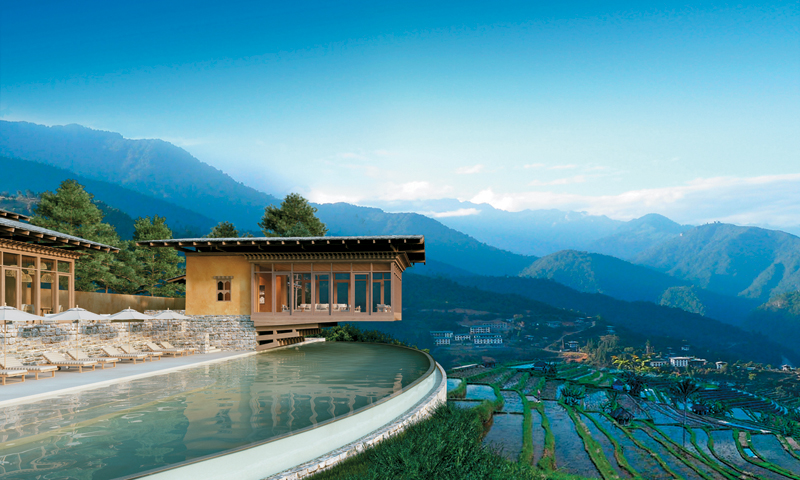 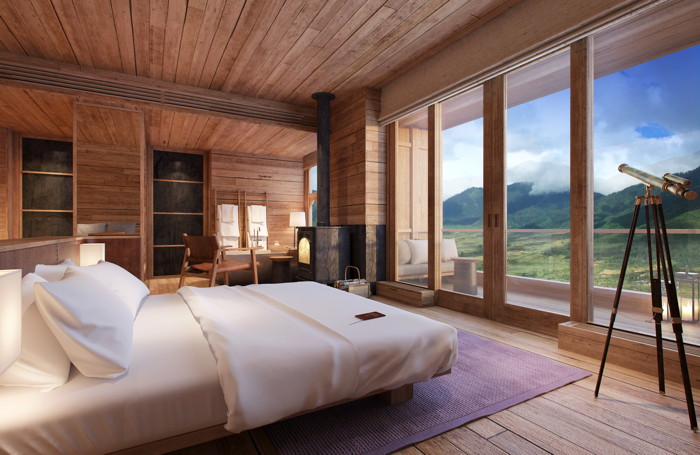 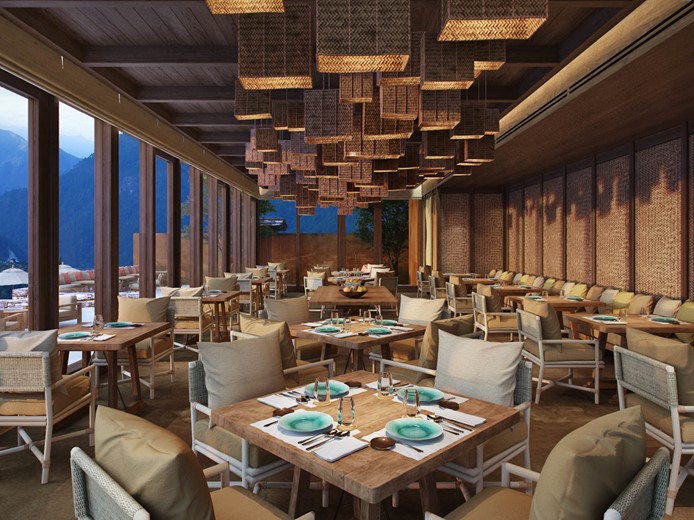 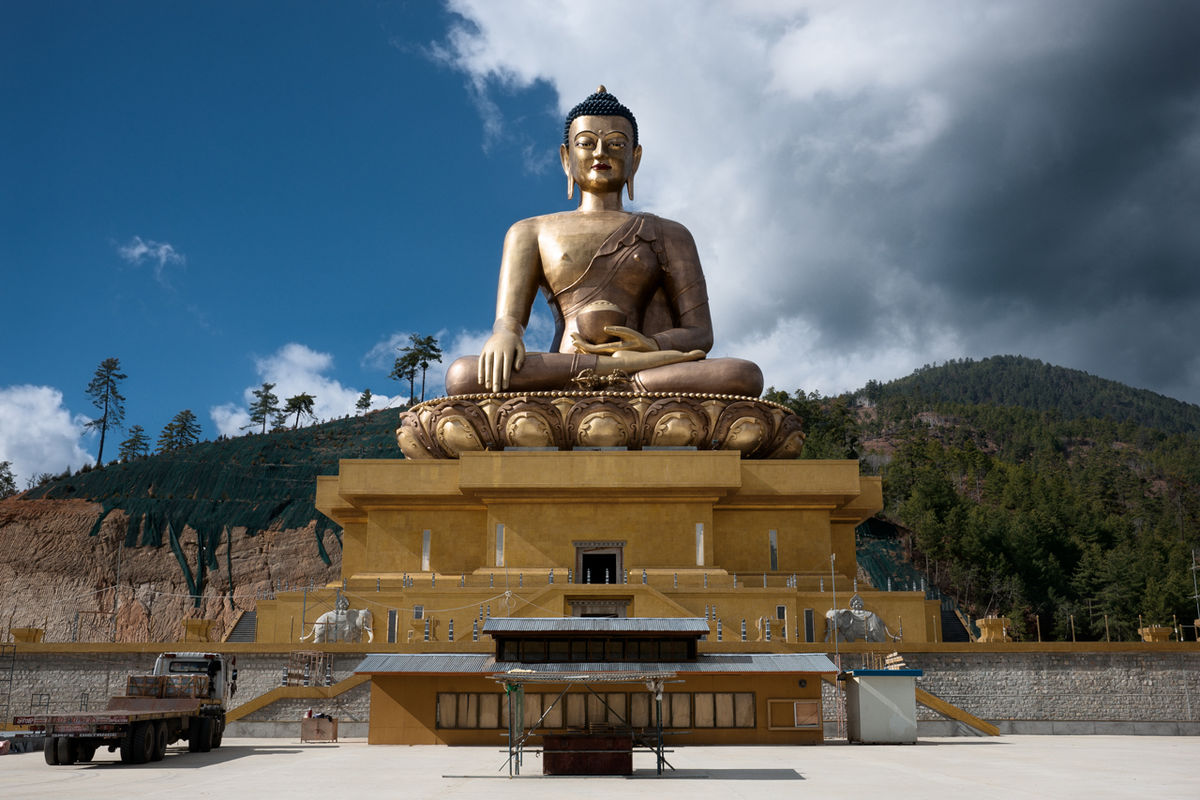 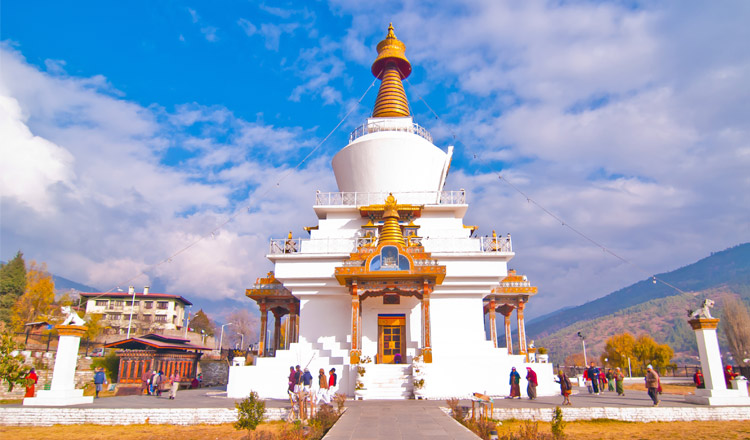 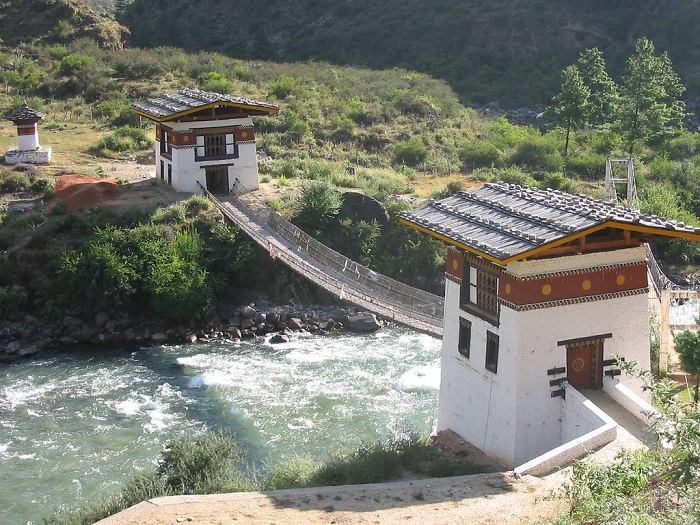 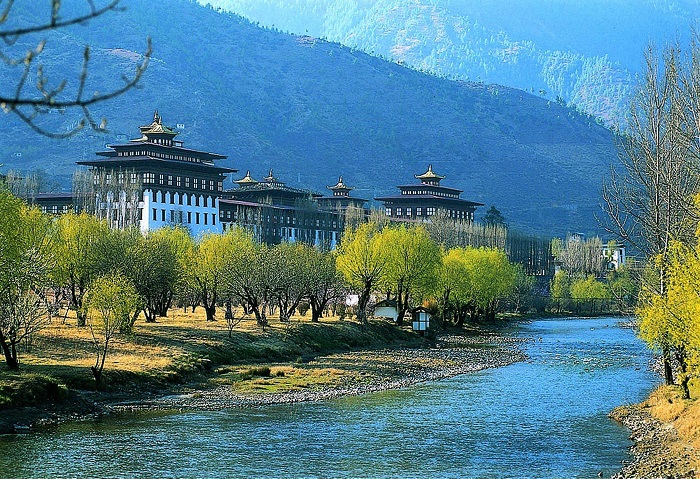 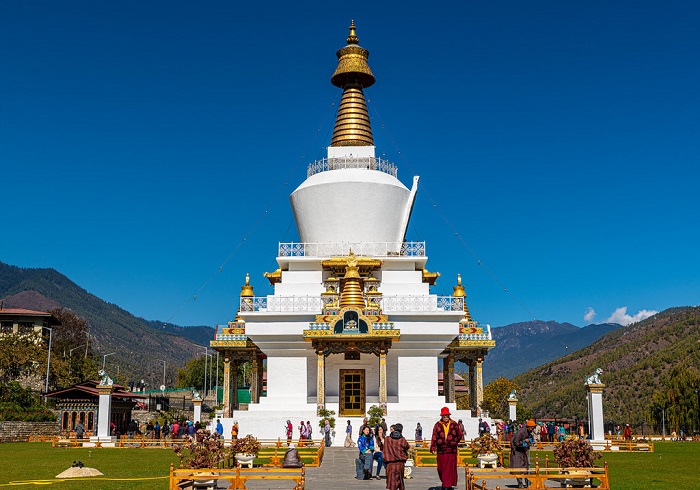 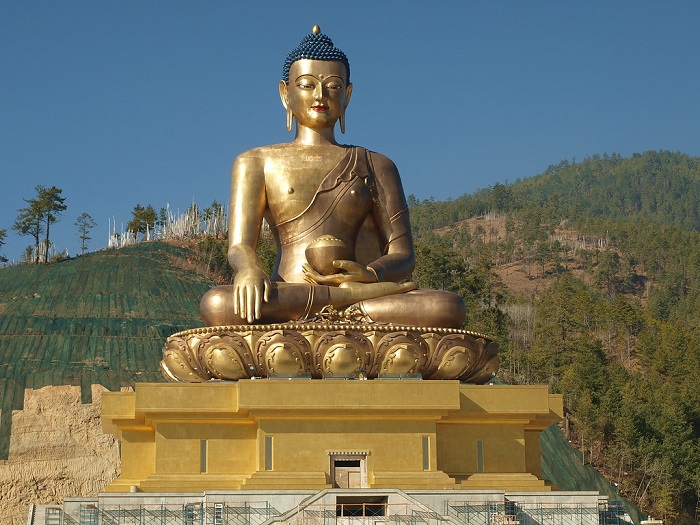 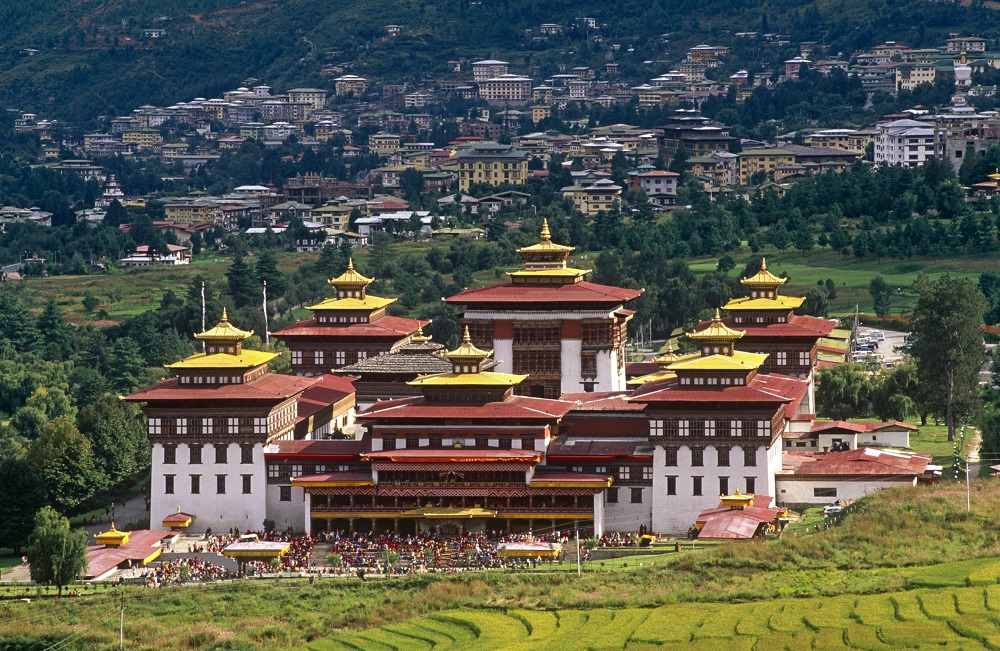 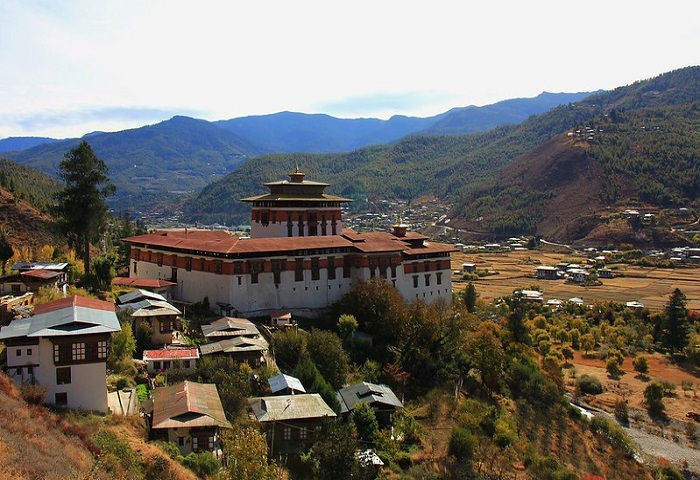 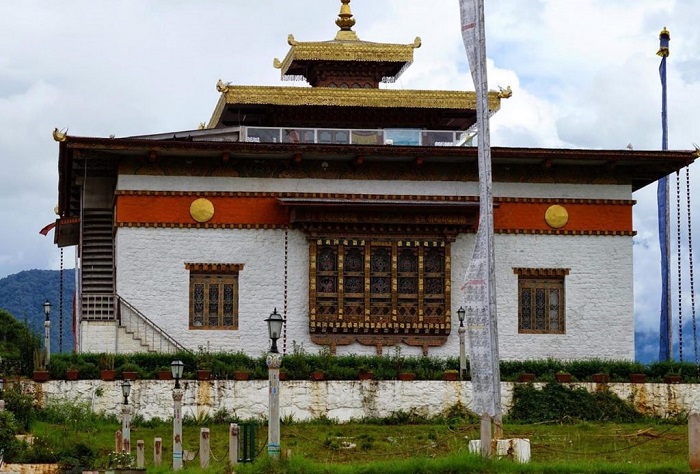 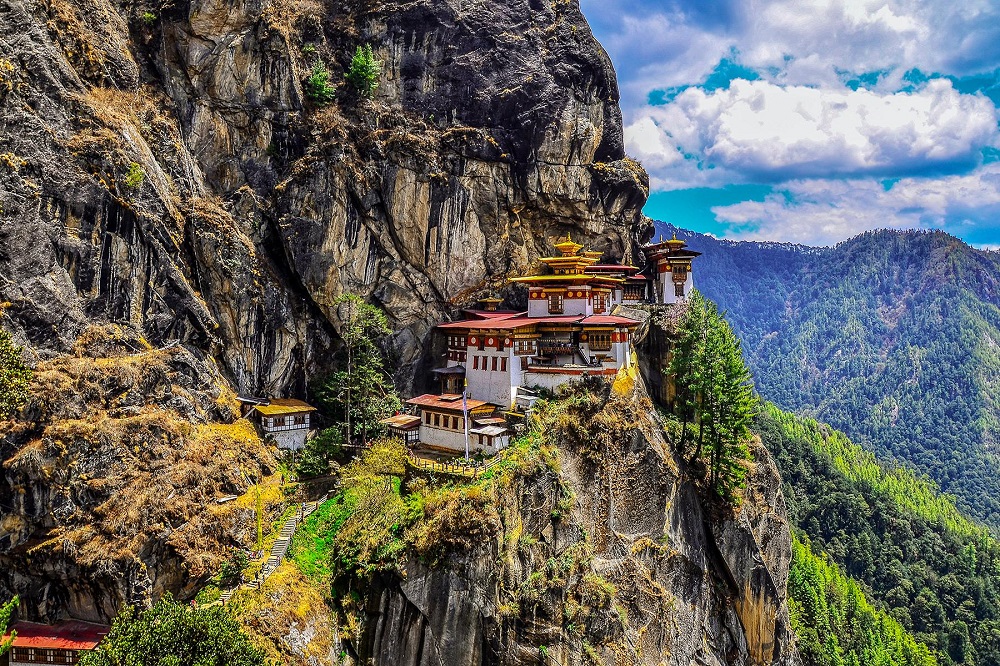 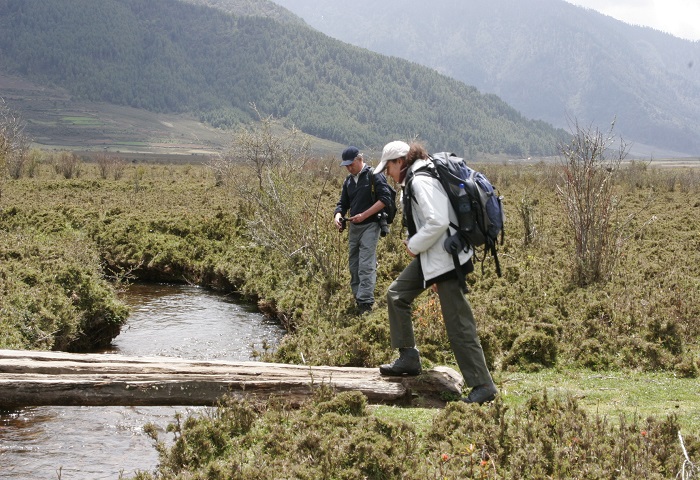 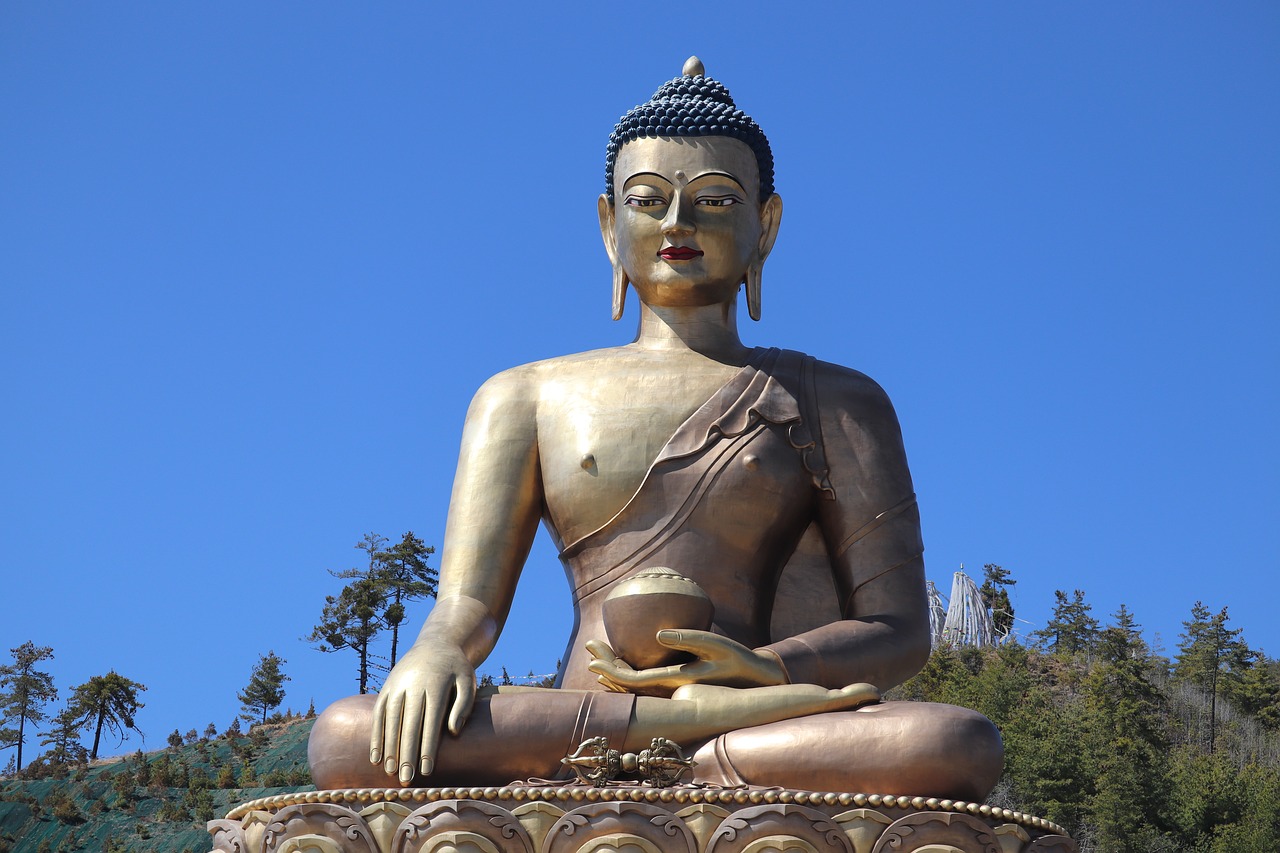