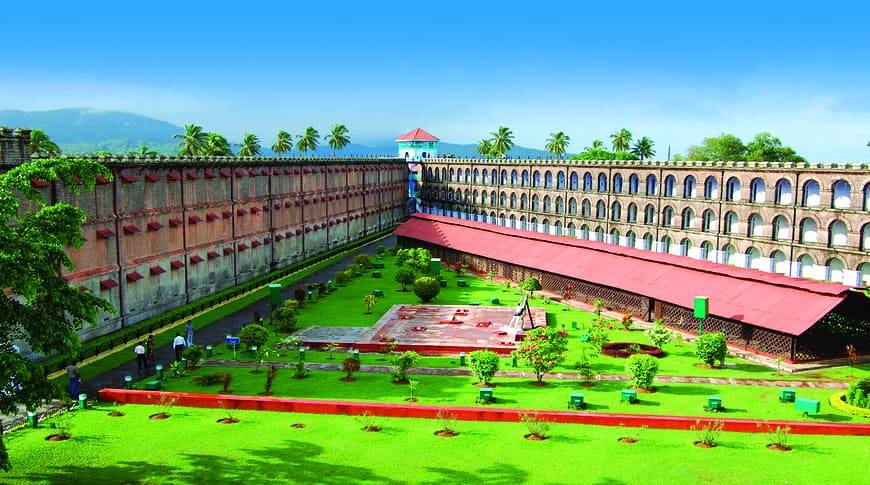 Cellular Jail, also referred to as the Kala Pani Jail, is one of the most historically significant architectural masterpieces located in the Andaman Islands. Kala Pani means black water in English. It is called black water because the imprisonment sentence, which was served by the prisoners, was named as Kala Pani punishment. Anyone who was sent to serve imprisonment in the cells of this menacing jail was considered as being sent for exile to the island away from the Mainland India.

The Cellular jail was built by the British during their reign. Anyone who protested against the British Raj or took part in revolutions for Independence was sent to this Jail to exile on a faraway land. They were locked up in the deadly cell confinements and made to go through torturous treatments. Very few prisoners made it out alive from the torturous experience in the cells. It used to be one of the biggest jails in Asia. 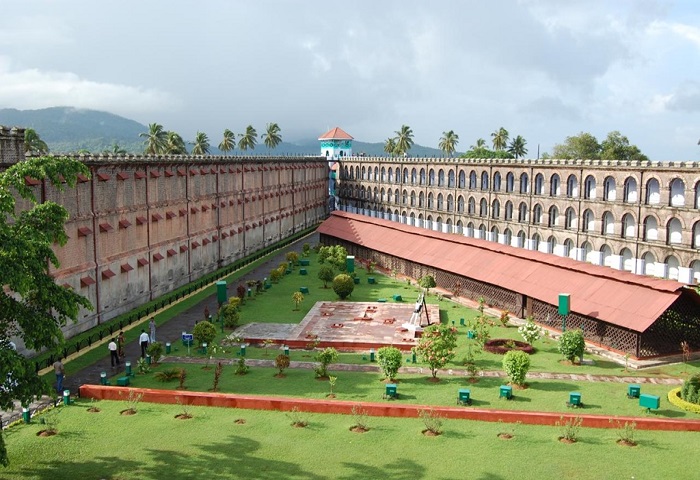 The walls of the jail hold brave stories of Indian freedom fighters and prisoners who sacrificed their lives for India’s independence. Though officially the construction of the jail continued from 1896 to 1906, the British had been using the Andaman islands a place to confine the prisoners.

Initially, the British settled on the Ross Island of Andaman and used to send all prisoners there. The remote location of the islands was considered to be a suitable place to punish the independence activists. The Islands were feared due to their isolation from the mainland. Many were threatened also due to the loss of caste and social exclusion.

There was once an attempt to escape the prisonin March 1868, whereby a group of 238 prisoners eloped. But they were caught a month later. Among them, 87 were hanged and one committed suicide.

After the Japanese invasion during the Second World War in 1942, the British were imprisoned here by the Japanese. Popular leader Neetaji Subhash Chandra Bose paid a visit to the jail during this time. The British got the prison back from the Japanese in 1945.

The architecture of the jail is considered one of the finest architectures in the Indian subcontinent. The construction of the jail took about 10 years, from 1896 to 1906. The entire building was built with puce colored bricks, which were brought from Myanmar. It has seven wings surrounding a tower at the center. The construction of the wings was made like the spokes of a bicycle radiating from the tower. The tower served as an intersection of the seven wings, from which the guards used to keep a watch on the inmates confined in the wings. The wings were built in such a way that the front of each cell in the wings was faced to the back of the cells in another wing.

Architecture of the wings:

All the wings had three stories. There were a total of 696 cells, each with dimensions 4.5 by 2.7 meters with a ventilator located at a height of 3 meters. There were no ways for inmates to communicate with each other. All the prisoners were served with solitary confinement.

Life in the Cellular Jail

Life of the inmates in the jail was nothing less than torturous detention. The prisoners were subjected to many different forms of torment like Whipping, Beating, Starvation, Quarantine, standing and working in the sun for long hours, and many more. Sinister punishments were served to those who showed signs of slowing in the daily work. Even the toilet breaks were regimented forcing inmates to hold natural calls for hours. There were not allowed to communicate with each other. Many prisoners would go mad or commit suicide being unable to bear the unspeakable torture.

Till Independence, many of the wings got damaged with time. Two more wings of the jail were demolished after independence. This led to several protests by former prisoners and political leaders. Such a move was seen asa way of erasing the evidence of the deadly history of the jail.

In 1963, Govind Ballabh Pant Hospital was set up in the premises of the Jail, which is now a 500-bed hospital with about 40 doctors serving the local people.

The 100th anniversary of the jail was observed on 10 March 2006. On this occasion, many former prisoners were celebrated and felicitated by the Government of India.

After Independence, an organization was formed by the former prisoners of the Jail with the name “Ex-Andaman Political Prisoner’s Fraternity Circle”. They decided to move a petition to the government to acknowledge the prison as a national memorial monument, they also requested not to make any major change in the architecture and safeguard its original architecture. Honoring their struggle for freedom, in 1969, the prison was converted into a National Monument, which attracts thousands of tourists from India and around the world to visit the island. 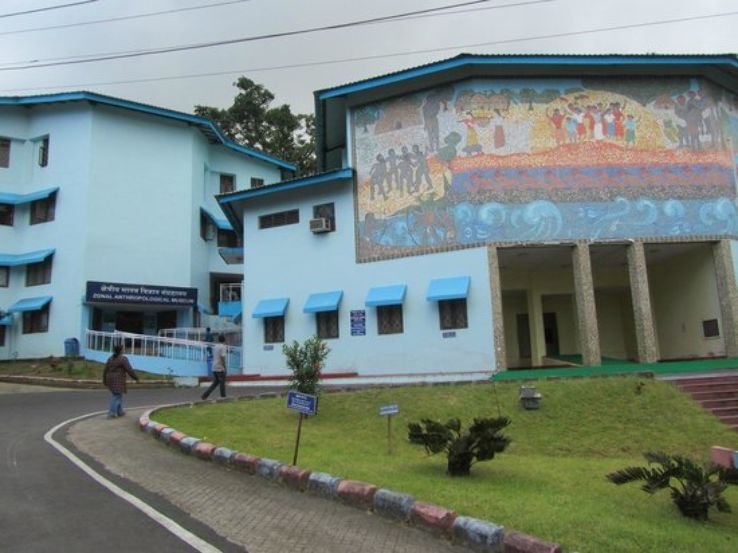 Besides the fine architecture, the main attraction of the place is its museum. The museum houses several galleries with photos of freedom fighters, and other photosexhibiting the prison life and hardships faced by the Indian political prisoners. The library is also not to be missed out on, which has a collection of numerous books on life in the jail, about the Island, India’s Independence and more. Another key attraction of the prison is the eternal flame of the Freedom - Swatantrta Jyot. It was built in honor of the soldiers who have martyred in India’s freedom movement.

There are a few interesting other tourist attractions near Cellular Jail, which are mentioned as under:

The visiting hours of the Cellular Jail are 9:00 a.m. to 12:30 p.m. & 1:30 p.m. to 5:00 p.m. The whole trip of the Jail takes something around 3 hours. Always plan your visiting with at least this much time in hand. Moreover, if you plan a tour visit in the evening, it will be a great advantage. You can complete your Jail trip exploring its cells and architecture, and attend the popular Light and Sound Show, which starts from 5:15pm.

The entry ticket price for Cellular Jail is mentioned as under: 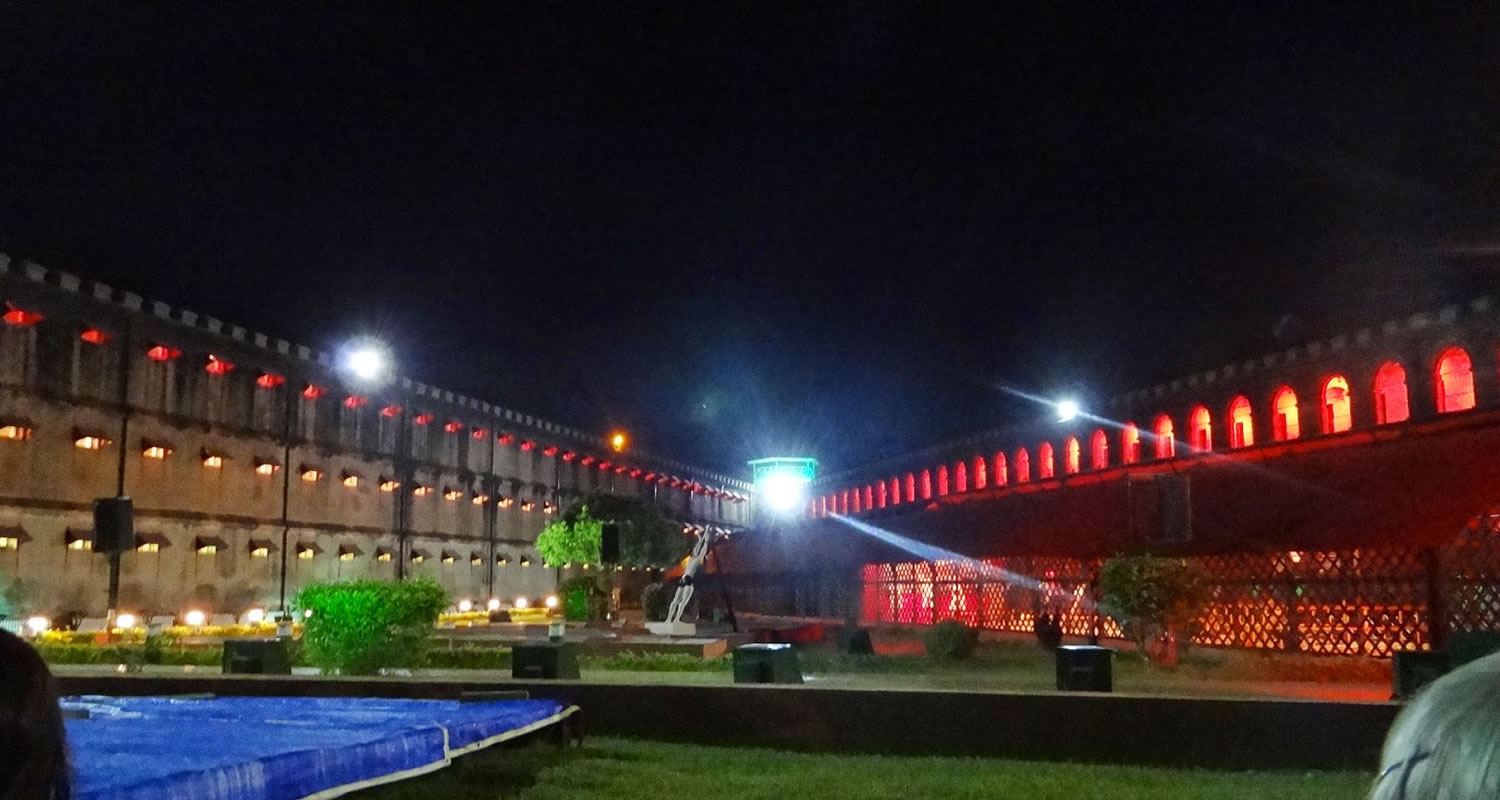 The Cellular Jail hosts a daily Light and Sound Show at the premise of the Jail. The light and sound show is a must-attend program when in Andaman. The whole prison gets light up and creates a magical ambience. Different artists perform different cultural activities to enact the difficult lives of the prisoners in the jail.

The Light & Sound Show is hosted both in Hindi and English. The timings for the shows are listed as under:

As Cellular Jail is in Andaman, you need to plan your visit during the suitable months. The best time to visit Cellular Jail is from November to May as the Andaman & Nicobar Island enjoys a very pleasant weather during this time. Monsoons get quite humid and summers are scorching hot.

How to Reach Cellular Jail

As Cellular Jail is located at Port Blair, it has very good connectivity by road from anywhere in Port Blair, as it is a popular tourist destination.