You will simply fall in love with the experience rendered by the Trans Himalayan spectacles in wake of jeep safari tours in Ladakh. Cruising through the high altitude destinations of Ladakh, it is this journey that exposes you to explore the alleys of Ladakh like never before. The mountainous valleys along with winding passes are simply an incredible experience to cherish forever.

You can start your journey from Delhi by taking a flight to srinagar. Afternoon shikara ride on the Dal lake, visiting floating vegetable market. Enjoy dinner and overnight stay.

Early departure from Srinagar to Kargil by Jeep via Sonmarg and Baltal hamlets crossing the Zoji-la Pass (11,500-ft. / 3,505 m) and then passing through Drass (famous as the second coldest inhabited place in the world) and after a passport check you finally reached to Kargil. Overnight Stay.

During this journey you learn a lot about the Turkish architectural structure. Earlier, it was a major stop for Central Asian trade route. Amidst you will see the Mulbekh Monastery which is quite popular for huge image of Buddha carved from a giant rock. After mulbekh, the famous Alchi and Likir monastery comes on your way. They are famous for old religious wall paintings.

On day 5 you can visit to some of the well renowned monasteries of ladakh – Shey, Thiksey and Hemis monasteries.

Shey Monastery : This beautiful monastery was built by king Deldon Namgyal in the memory of his father Singay Namgyal. Inside the monastery there is a huge statue of Buddha Shalyamuni -the second largest statue of Buddha in Ladakh. The statue is made up of copper sheets and decorated with gold.

Thiksey Monastery : It is an outstanding example of Ladakhi architecture located at a distance of 18 km from Leh.

Hemis Monastery : Hemis gompa is established in 1620 by Lama Tagstang Raspa and built by Palden Sara under the patronage of King Singe Namgyal. It is located at about 50 km away from the Leh city.

If you have a thirst to know about the ancient culture of Ladakhi's then you can start your day by visiting Stok Palace as it has excellent collection of Royal crowns, precious heirlooms, copper coins, prayer instruments and materials, precious stones and jewels. In the afternoon you can visit the markets of leh to purchase traditional dress, colourful jewelry of coral and turquoise and many other items which you want to take as a memory of Ladakh.

From leh take a 8 km ride to visit the famous Spituk Monastery situated on the shore of Indus river. It was built in 11 century and named by scholarly translator Rinchen Zangpo as Spituk. Now move further to the most magnificent gompa – The Alchi Gompa which is about 64 km from Leh. The best quality of this gompa is that it is built on a flat ground. After that move yourself to likir to visit marvelous three storey Dharma Wheel Gompa. Now drive yourself to Uleytokpo and stay overnight there.

Its time to get back to Leh, on the way you will see numerous mountains on one side and deep gorges on the other.

Now move from Leh to Sarchu early in the morning. Sarchu is a very chilly place located at an altitude of 14,300 feet. It’s a traditional village on the way to Manali.

Drive through Keylong and the beautiful landscapes of Rohtang pass, Marhi etc. Overnight at the hotel.

Manali is one of the coolest and heart touching tourist destination. Snow falls, mountains, landscapes etc. increases its glory and beauty. Visit Hadimba Devi Temple, Doongri Devi temple, Vashisht Bath are some of the major attraction of Manali.

So after such a wonderful experience of feeling by nature, you will be transfer to the Kullu airport and from their you can take a flight back to Delhi and onward destination. 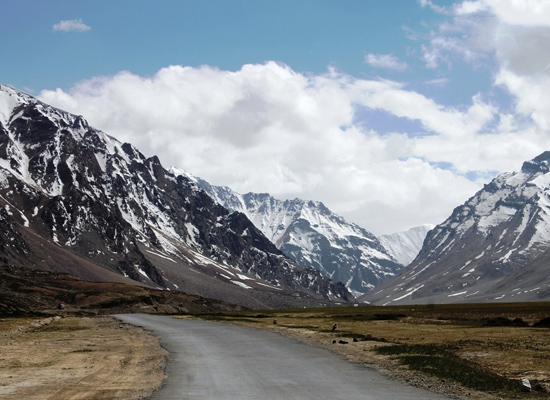 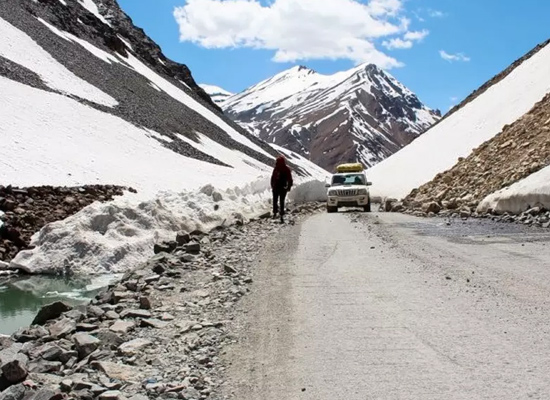 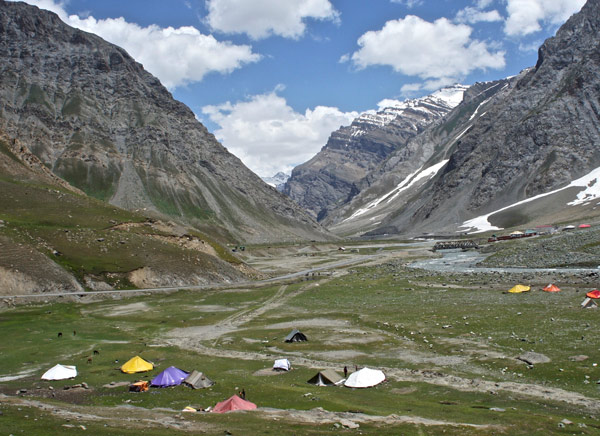 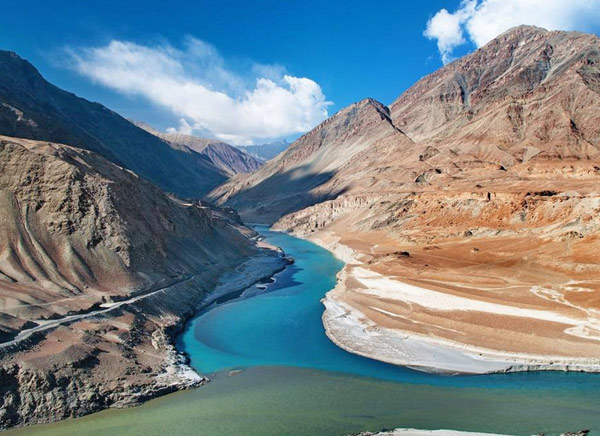