Tibet is an altogether different land. It’s one of the places in the world where sky – meets the earth; where the Sun touches the sky and Himalayas make the world a different place to live in.

One the border is crossed; we will take care of everything. Our escorts will pick you up from the Border crossing and take you to the little but beautiful town of Zhangmu.

Here you can rest and have dinner in your pre – booked hotel.

Zhangmu to Old Tigri, your first destination in the tour is a distance of 210 kms; and so soon after breakfast we will move by road to reach out tourist place.

On the way you can see Mt. Shishapangma (8012m alt.). It’s the natural beauty and height which captures ones eye. We will reach here in the evening so if the weather conditions are good; you can also get a glimpse of the sunset.

In the late evening, we will reach Old Tigri.

The base camp of Old Tigri is around 70kms or 170 kms depending upon the route we take up. So, when we reach the base camp; we will see some of the most natural scenic beauties of the world – including Mt. Everest.

So, the first thing in the day we will see is Mt. Everest Natural Reserve. On the top of Gyalpo-la–pass one can see the beautiful peaks of 4 highest mountains around – Mt. Everest, Mt. Makalu, Mt. Lotse, Mt. Cho Oyu at one place line to line another natural miracle.

Be here, sit down with hot cup of Tea and snacks and absorb yourself in this in-comparable natural beauty.

EBC is one place where heavens meet. (Some of you might feel altitude changes in your body like headache but that’s normal). Enjoy the morning tea in your room with the Sun rising out surrounded by Mt. Everest from all around. Soon after breakfast,

we shall move towards Shigatse which is the second largest city of Tibet! Enjoy the difference in living lifestyle of people of Tibet as we pass through the city to reach Tashilumpo Monastery – also the seat of revered Panchen Lama – as important as Dalai Lama himself .

The Monastry is very beautiful and it houses the highest statue of Lord Buddha in Tibet – around 26.8 meters in height! Night stay and dinner will be at the hotel in Shigatse only!

Next day, soon after breakfast we shall take you another beautiful city of Tibet – Gyantse. Here you will find the largest number of idols of Lord Buddha in Tibet – Tibet Kumpa Stupa (10,000 stupas all in one place!).

You will also see the Palcho Monastery nearby. From here we drive off to Yamdrok Lake. As per the mythology of Tibet; this lake is the transformation of a revered Goddess. The turquoise natural colour of this river is simply something to be taken along.

Next we will see snowcapped Summit of Noijin Kangsang and Karola Glacier. Here, enjoy the natural beauty at its best! Night stay and dinner will be at Lhasa hotel.

Lhasa City happens to be one of the most well – established cities of Tibet. It’s one place where you will love to walk in the streets which a cup of tea in – between.

Here, the first place we will see after breakfast is the Lhasa – Potala Palace – successive Dalai Lamas winter residence. Next in the list is the Centre of Tibetan Buddhist Jokhang Temple.

Both Lhasa Potala Palace and Jokhang Temple are listed UNESCO World Heritage Sites! In the afternoon, you can move around the famous street of Lhasa – Barkhor Street.

Indulge in some shopping spree here – if you wish so! Dinner shall be ethnic Tibetan food at a popular restaurant in the town after which we shall return back to hotel for night stay!

There are so many Monasteries and other things to see in Lhasa city. So, soon after breakfast at the hotel, we will some of them.

It will include Drepung Monastery (the seven collages of Tibet), Tibetan Museum, Potala Palace (Official residence of Dalai Lama till 1959, Tibetan Uprising is now a museum and a UNESCO World Heritage Site), Drak Yerpa (Life Tree or Spiritual Axiss of Tibet), ( Jokhang Temple (a symbol of Lhasa with a mix of Indian Vihara Design, Chinese Tang Dynasty design and Nepalese design).

Later visit Sera Monastry (another well – known university of Tibet), Ramoche Temple (another well known temple in the heart of the city) and Nechung. Lunch will be enroute and dinner and night stay at the hotel.

On the last day of the tour, our escort will drop you at the railway station or airport – as per your reservations. Those who have reservations in the evening can take a round of the city on their own 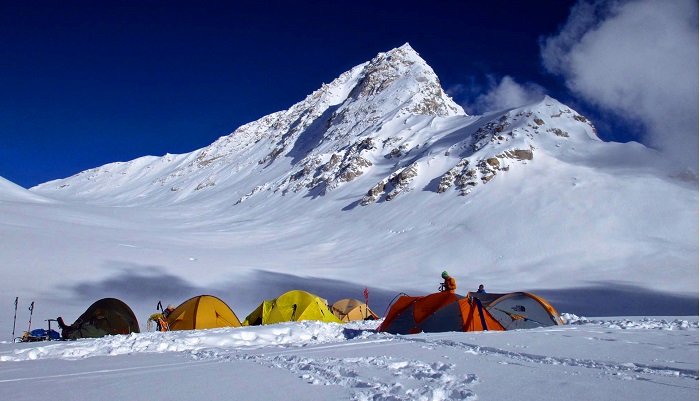 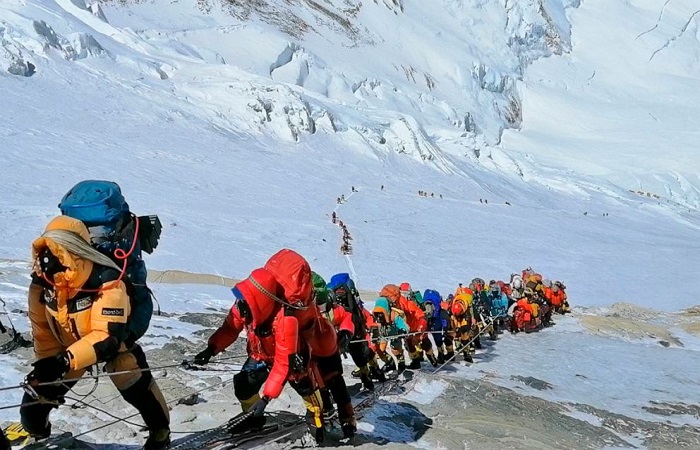 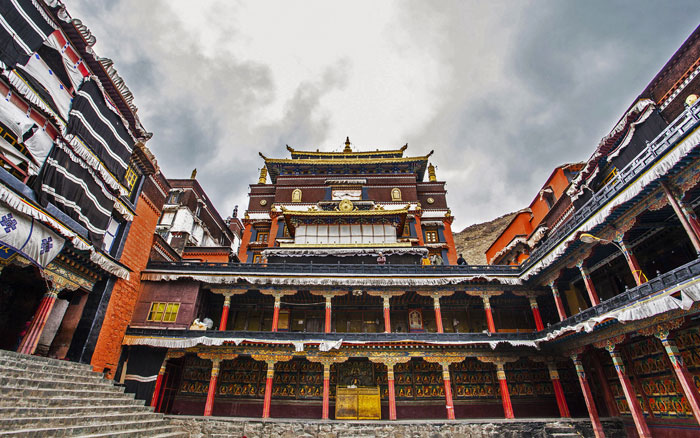 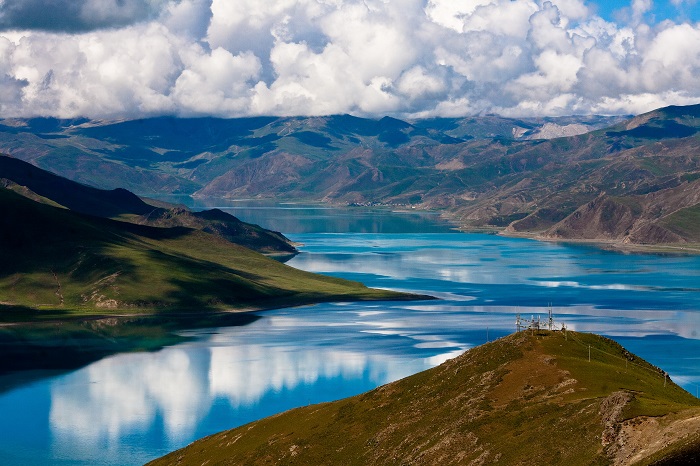 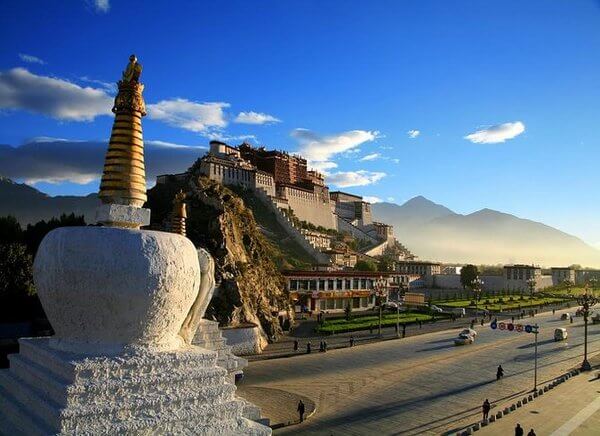 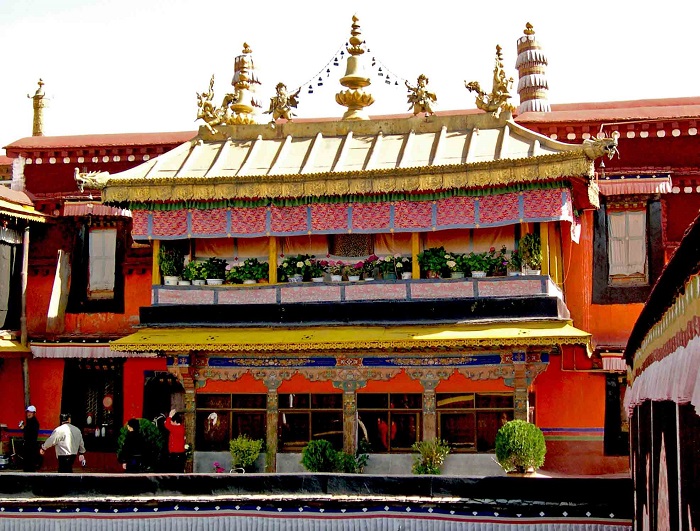 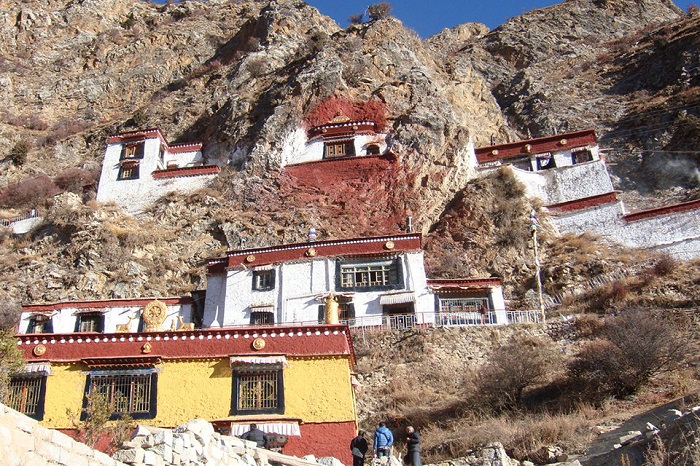 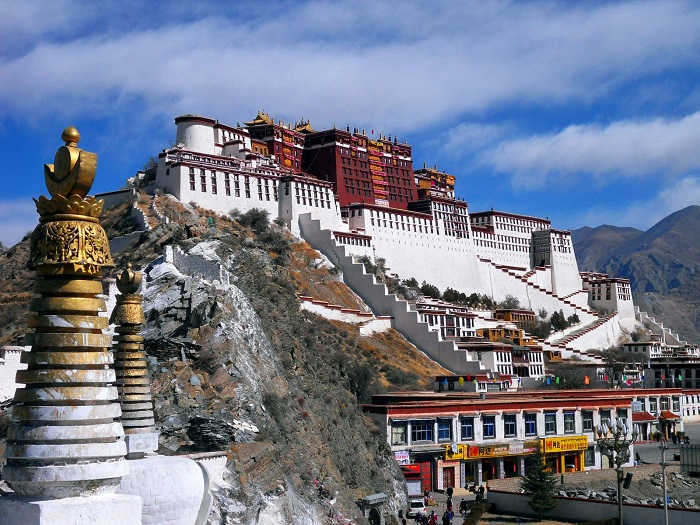 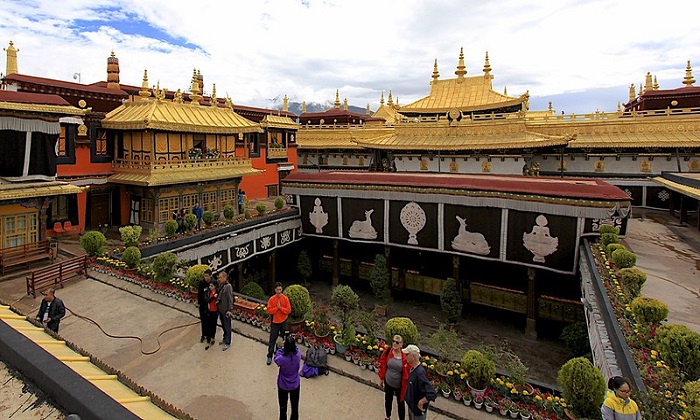