A Complete Guide to Nepal for Travelers

Nepal is a landlocked country surrounded by Bhutan to its East, to its North-East lies Tibet and India to its South. Whereas, China surrounds all over Nepal making it a feast for traveller as it offers great traveling opportunities. It has a beautiful backdrop of the scenic Himalayas and serves as a paradise for nature enthusiasts. Therefore, It should be visited once in a lifetime for its enchanting views to explore its hidden treasures. 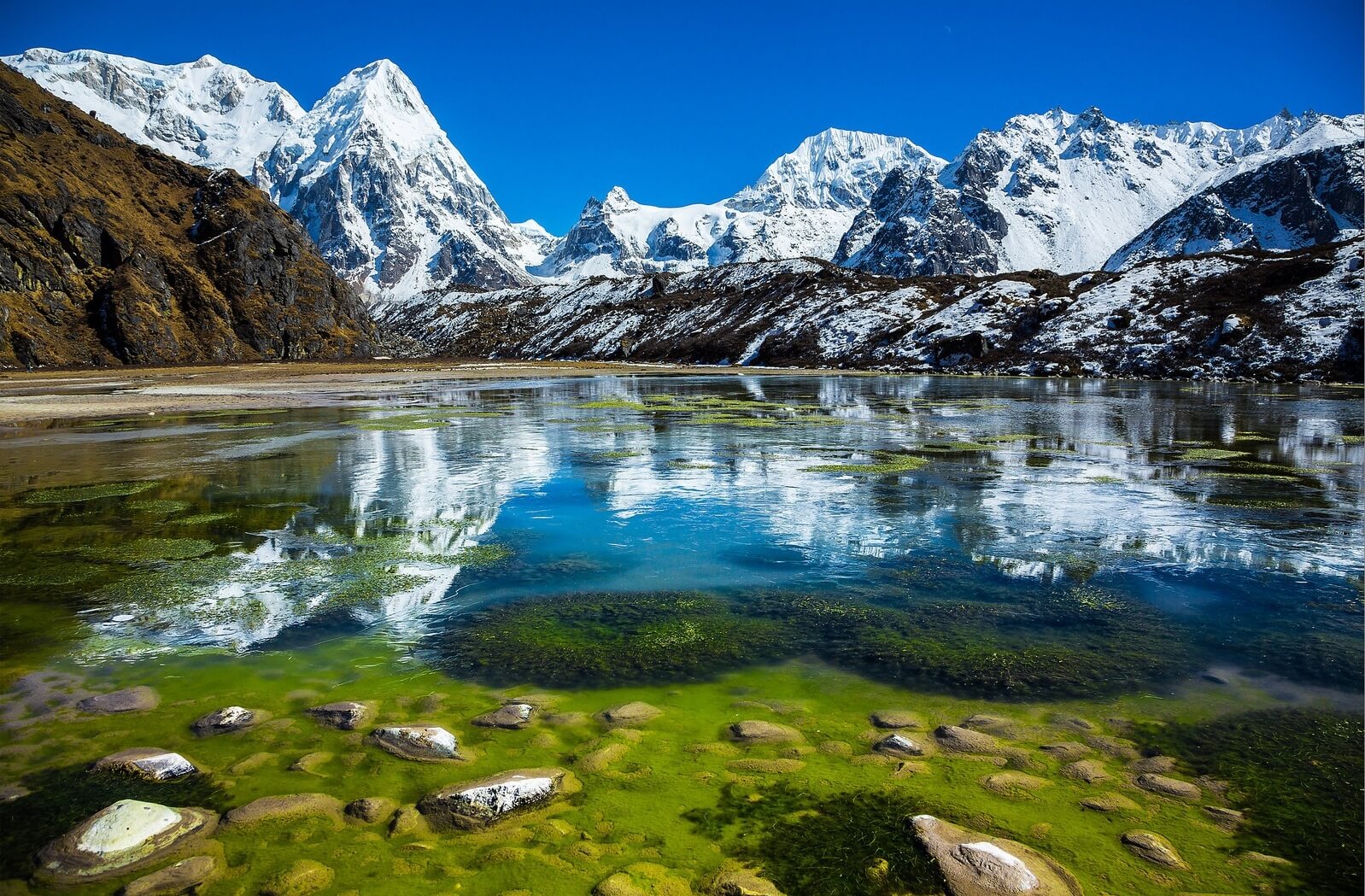 The rich geography and history of Nepal make it a unique place that draws numerous tourists every year. The major attraction is the Himalayas and thus it has ten tallest mountains of the world including Mount Everest, which is the highest point on earth. It is locally known as Sagarmatha. Adventurous souls can have a wonderful time as there are many trekking routes available in the amazing land of Nepal.

In Nepal, people are religious and deeply follow the age-old customs and tradition. So, it is recommended to follow the below mentioned points in order to prevent them from getting offended.

Nepalis wear fully covered traditional clothes and cannot tolerate exposure and ultra modernity around the religious sites. Therefore, it is recommended not to wear tight fitted clothes while wandering near the temples or any other religious sites. Also avoid wearing clothes that exposes your legs and shoulders.

Always take off your shoes before entering a place of worship.

Before entering the temples ask the natives as some of the Hindu temples do not allow Non-Hindus inside the temple.

Must Read: Culture and Traditions of Nepal

Info about Visa and Border Crossings

Indian and Nepali Rupees (currency) are also accepted so don’t worry if you don’t have USD.

Money and Exchange in Nepal

Know about its major Border Crossings below

Birganj- Raxaul Bazar: It is the famous overland route that runs between India and Nepal. People from East India can enter Nepal through Birganj via Kolkata. It can also be accessed from most of the states in East India through this route.

Sunauli-Bhairawa: It is easily accessible from Delhi, Varanasi or other north-western states of India then Sunauli is the most suitable.

Besides, there are many other places that offer entry such as Nepalgunj, Dhangadi, Jamuna, Ghaduchowki and Mohana. Therefore, people from India can choose any of these places to visit Nepal.

Kodari is the only route for the people of Tibet to visit Nepal.

Kathmandu: It is the capital city of Nepal and the biggest cosmopolitan city. Kathmandu is also known as the “city of temples” for housing some famous temples that signifies the historical and religious aspects of the land. Below mentioned are some of the important places:

Swayambhunath: Swayambhunath is the most popular Stupa located atop a hill and a sacred place for the Newari Buddhists.

Boudhanath: It is an important Buddhist pilgrimage center, which is considered as one of the largest stupas of the world.

Pashupatinath: Pashupatinath is one of the sacred Hindu shrines located on the bank of River Baghmati.

Hanuman Dhoka: It is an ancient royal palace, which houses several attractions.

The Bindyabasini Temple: It is an ancient structure built by the Niwari traders.

The Temple of Nyatapola: This five storied Pagoda was built in 1702 A.D.

The Pokhara View Point: This view point offers a majestic view of the Himalayan Peaks.

World Peace Pagoda: This beautiful sight is located across the Phewa Lake.

Dattatreya Temple: It is an amazing temple built from the trunk of a single tree.

The Phewa Lake: It is Nepal’s second largest Lake.

Pokhara: Pokhara is Nepal’s third largest city and is regarded as the major centre of adventure including several tourist places.

As Nepal is famous for its trekking routes and highest mountain peaks, one can opt for the best trekking at the Everest, Mustang, Langtang, Dolpo, Annapurna Circuit, Kanchenjunga or Manaslu. One can get the trekking tours customized according to the interests, needs and budget. 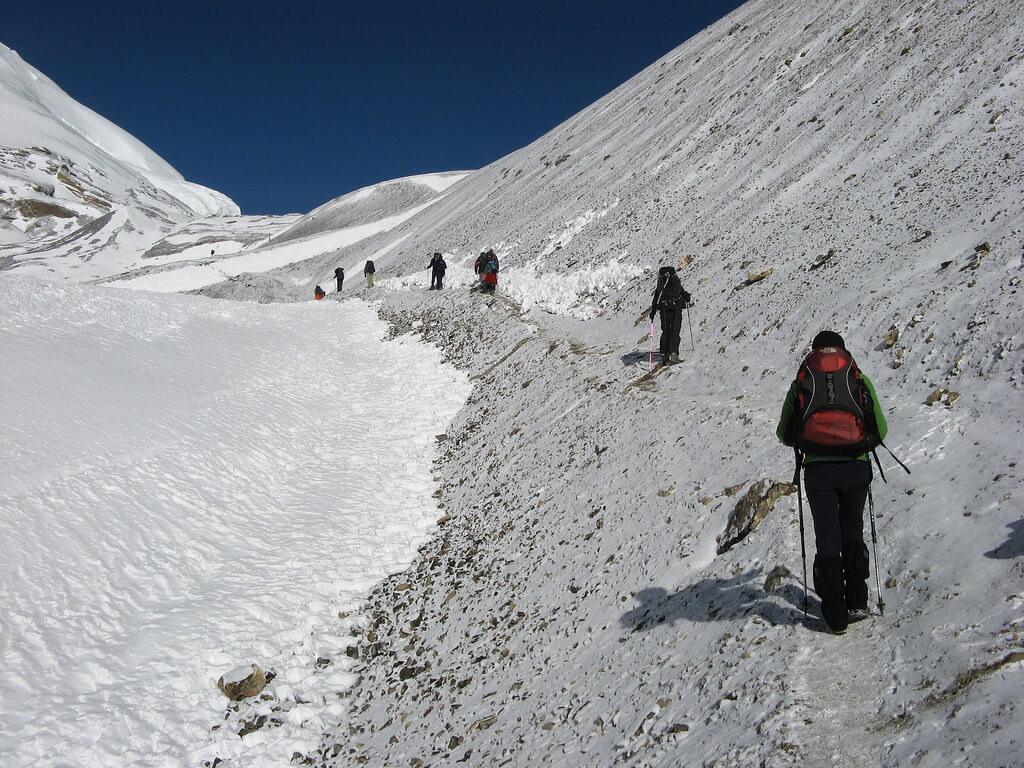 Away from the Hustle and Bustle

If you wish to spend time away for the hustle and bustle of the city, don’t miss to visit the below mentioned places:

1. Lumbini: 2500 years ago, Lord Buddha was born here and has become a central point of Buddhism at present. A prominent tourist destination in Lumbini is the Holy Temple of Maya Devi. This place is perfect for the one who wants to get immersed into the vibes of Buddhism for some days.

Must Read : Best Things To Do In Lumbini, Nepal

2. Nepalgunj: The city is regarded as the hub of industries and transport of Nepal. It is also a popular place for trekking.

3. Birgunj: It is the commercial capital of Nepal, which is also its second largest city. Pay a visit to its prominent tourist attractions, which include

4. Clock Tower: It is the tallest buildings of all in Birgunj.

5. City Hall: It is famous for gatherings, organizing functions and hosting different programs.

6. Durga Temple: This is one of the ancient temples, which is dedicated to Goddess Durga.

7. Shankar Acharya Gate: This gate serves as an entry point to Indo-Nepal border.

Read More : A Complete Guide to Travel from Delhi to Kathmandu

Moving around Nepal becomes easy if you have patience and time. Shared public taxis are cheap but you have to wait till the taxis are filled with passengers. If you cannot wait patiently then you can hire a taxi. Rickshaws are also available here, which makes traveling a bit bumpy but it is cheap. It is not recommended to be used in a hurry. Taxis and rickshaws are beneficial to travel to nearby places.

Do not expect any luxurious tourist bus to travel longer distances in Nepal. Only local transport can be availed to travel anywhere within the country. Try to avoid night buses in-order to prevent accident as most of the accidents happen during the night hours. It is recommended to purchase your tickets a day before your journey. Before 7 AM in the morning or 5/6 PM in the evening, the buses leave the station.

Read More : How to reach Nepal

The best time to visit Nepal is between September and November or March to May, when the temperature is bearable and the rain cannot spoil your plans.

Nepal experiences a typical monsoonal climate along with its major seasons- summer, autumn, winter and spring. It receives heavy monsoonal rains in the months of June to September. The weather remains clear and cool from October to December and from January to March. From April to June weather remains dry. 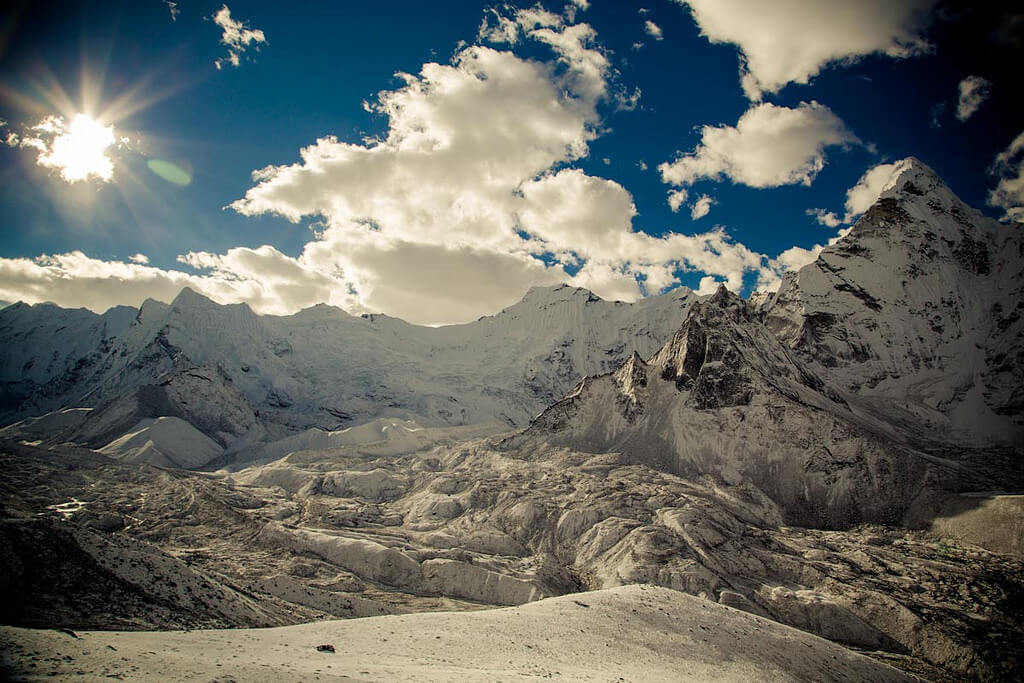 Also Read : Places To Visit In Nepal For Honeymoon

Being a tourist-oriented country, Nepal has several ATM machines in all its major cities for the convenience of tourists.

Basic accommodation and local meal can be found easily in the Nepalese Land. Guesthouses are also available in most places. Accommodation in Kathmandu is little pricey.

The Locals or Natives

People with different tribes and races are settled in Nepal. They are very helpful and friendly. People outside Kathmandu have warm hospitality and can easily get mixed with strangers.

Language: Nepali is the official language of Nepal but Tharu is widely spoken by the people in the country. The people have also adopted English as it is bordered with one of the developed countries like India. Therefore, communicating will not be an issue in Nepal.

Phones: If you wish to get a local sim card there during your stay, then it is recommended to get Vodafone or Mero Mobile.

Internet: Numerous internet cafes can be seen in Nepal, especially in Kathmandu and Pokhara. The Internet service is quite good and has high speed.

Do not forget to try traditional meal of Nepal which includes bhaat, daal and tarkaari. One can find western food at Kathmandu and Pokhara. If you are not restricted to drinking, grab yourself a delicious local beer called Jaan or a spirit called Raski.

If you don’t want to spend much on food then it is suggested to stay stick to Nepali local food, as these foods are cheap as well as delicious and will also save you money.

Traveling to Nepal is safe as tourists receive a warm welcome and are treated with much care. Still follow the guide lines mentioned below to stay safe:

People in Nepal celebrate festivals with much enthusiasm and remain immersed in festivity. Therefore, plan your trip during the festival to enjoy the most, and beyond your imagination.

Hope this information will help you in visiting Nepal. Travelogy India can plan a perfect holiday in the amazing land of Nepal. We will help you to explore the best of the country in the most amazing way. We therefore, wish you a happy and safe journey!

10 Best Places to Visit In Nepal In Winter Season