Kumbh Mela - The Largest Religious Gathering in the World

Perhaps the most spiritual and uniquely mesmerizing fest with wonderful people, displays, stalls, shops and experiences is the largest fair in India – Kumbh Mela. The fair is the meeting of holy men every three years, from different walks of life coming to the vast fair grounds at Allahabad in the state of Uttar Pradesh to discuss traditions, faith, spirituality and much more. It is the best place to witness the raw spiritual culture that is still alive in India and witness the centuries old rituals being performed by saints and priests in the most magnetic and hysterical energy that throngs through the place during this time.

The fair is one of a kind, recognized by UNESCO as an intangible cultural heritage of humanity. The Kumbh Mela is the third in line to have received such an international recognition after the practice of Yoga and Navroj.

As per the board at UNESCO, it is the most peaceful and abundant religious gathering on the planet, where people of different classes, faiths and walks of life join to participate in a spiritual experience without any discrimination. 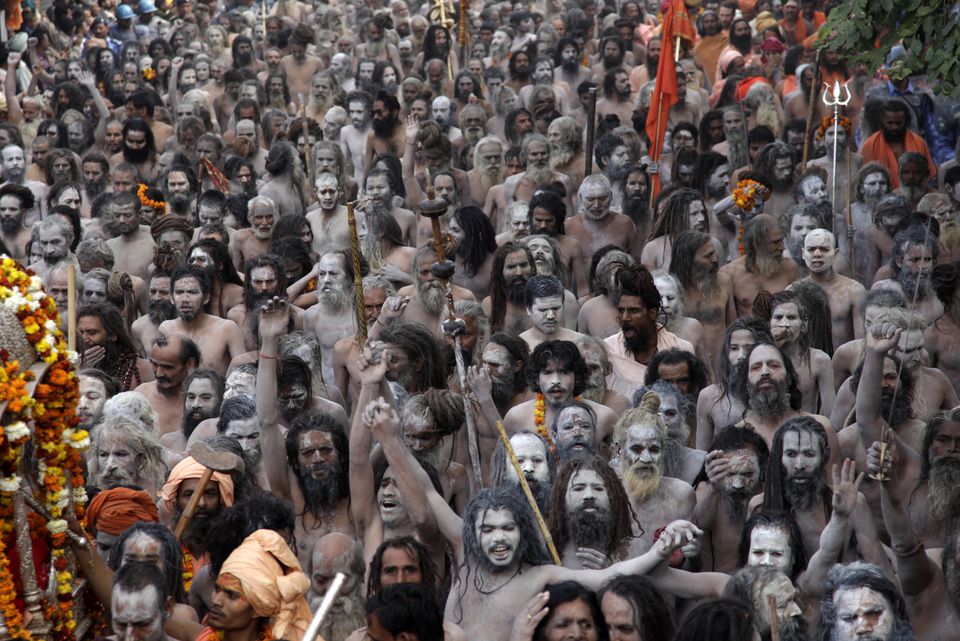 Where and When is the Kumbh Mela Held?

The next Kumbh will be held next year at 2019 at Allahabad. This is the Ardh Kumbh that is held every 6 years when as per Hindu astrology Jupiter is in the house of Aries or Taurus and the Sun and Moon are in the house of Capricorn, during the Hindu month of Magh in winter. The Kumbh Mela of next year will begin from January 15, to March 4, 2019 and is expected to attract several millions of people to witness the holy bathing and unique spiritual experience during the fair.

The place of the fairgrounds is at the Sangam in Allahabad, which is the confluence of the holy rivers known to be an auspicious ground.

When is the Next Kumbh Mela?

Mythology of the Kumbh Mela

The direct translation of the word Kumbh in Sanskrit is pot or pitcher in simple English. In the Hindu religion there is special significance of the holy pitchers used for pujas or prayer. As per the legend behind the fair, it once so happened that all the Hindu Gods had lost their strengths and magical powers. In order to regain their powers, they made a deal with demons to begin to churn the primordial ocean of milk for amrit (the nectar of immortality and strength).

This was to be shared equally between the Gods and the demons, however a fight broke out once the nectar had been retrieved that went on for 12 long years. During this battle, the holy bird-like creature Garuda flew away with the pot that contained the nectar, during his flight some drops of nectar are known to have fallen in the auspicious spots like Haridwar, Allahabad, Ujjain and Nashik that are all popular pilgrimage spots for the Hindus. So, that is why the Kumbh Mela is held at these locations.

Main Attractions At The Kumbh Mela

The sadhus or saints who come from far and wide and many from the Himalayan monasteries are the main attractions of this fair, people come to witness them and listen to them for spiritual enlightenment. There are several types of sadhus based on their practices, which are:

The spiritual bathing in the holy Sangam waters which is the confluence of the two rivers is the main ritual performed at the Kumbh. The holy dip on the auspicious day of the New Moon during this holy period is believed to absolve people and their ancestors from their sins thus, releasing them from the circle of life and death and rebirth. 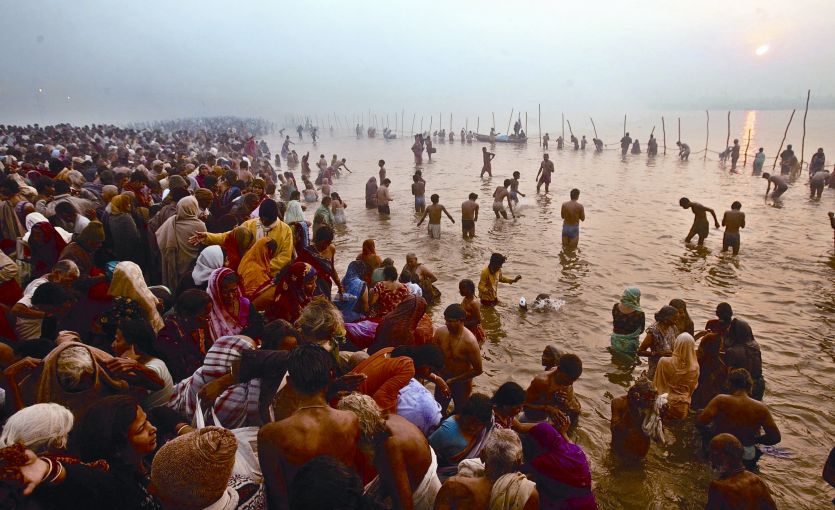 Pilgrims begin to line up for the dip in the holy waters, starting from 3 AM in the morning. As the sun rises the different groups of sadhus proceed in vibrant processions towards the river, usually lead by the Nagas; each group with increasing fanfare in efforts of outdoing each other with crazy performances. This is the main attraction at the fairgrounds, as people gather to witness the energy and spirituality of this magical moment. 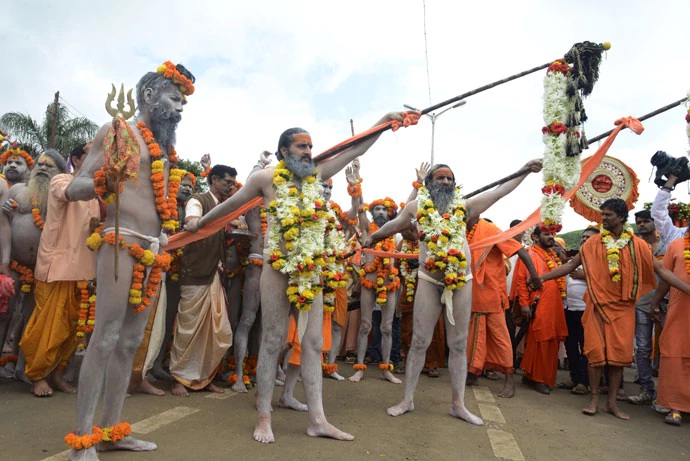 After the pilgrims have bathed they wear fresh clothes and proceed to do puja (prayer) by the river bank, which is followed by visiting the different sadhu clans to listen to their spiritual words.

How To Attend The Kumbh?

For tourists the Kumbh Mela is comparable to one of the most magical moments of their lives that could also be seriously intense and daunting in several ways. The eclectic mix of peaceful; serenity and spirituality mixed with faith-driven madness of different sadhu clans and the large number of crowds that attend the fair can be a unique experience as a whole. The large crowds can especially cause some discomfort, but the state police and fair volunteers take extensive precautions for the safety of the largest gathering in the nation.

Tourist camps with luxurious amenities are setup around, there are numerous washing facilities, bathrooms, and local guides recognized by the tourism department, army with high alert security is also in place, along with fire safety and crowd management facilities.

Bookings and transport arrangements are done well in advance, to witness the biggest spectacle with the saints it is recommended that you are there early on for the Shahi Snan (royal bathing), that happens for special days.

Prepare for a spiritual experience of a lifetime at Kumbh Mela of India!

To Book your Package for the Kumbh Mela - Click Here