Travelogy India has created its own benchmark in the field of tours & travels by owning recognition from the Oberoi Group of Hotels & Resorts, which is one of the best hotels in the world. This Group of Hotels was formed in the year 1934. The Group covers six countries under the brand - luxury 'Oberoi' and five-star 'Trident'. 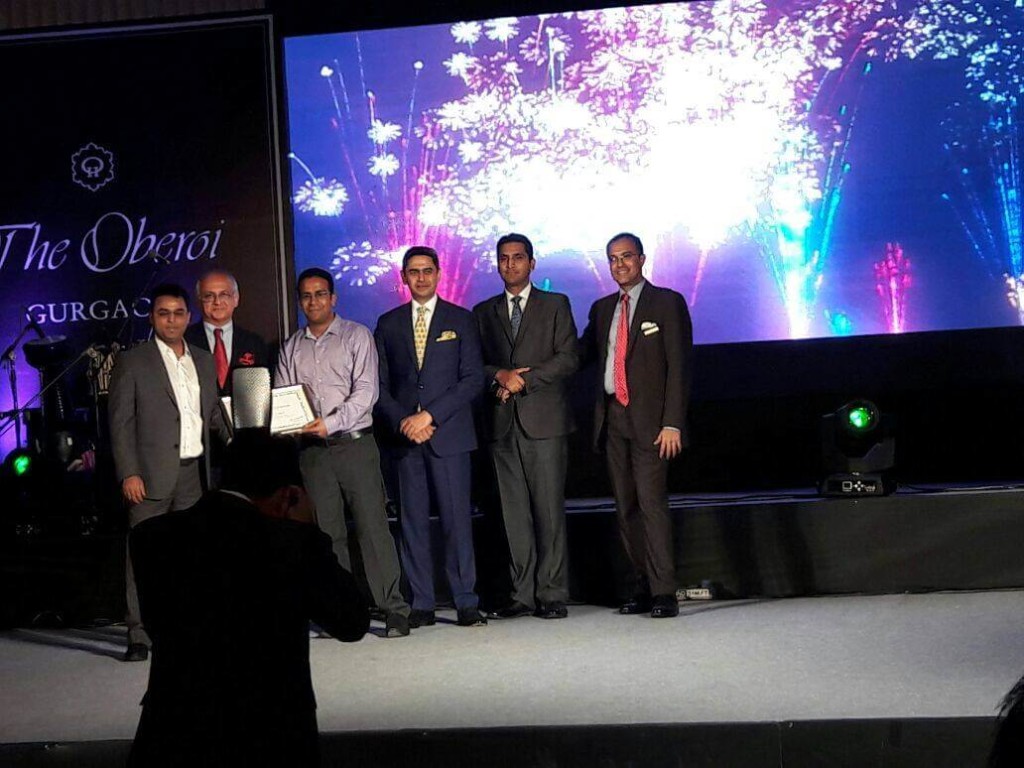 On 13 May, 2016, in an event organized at the Oberoi, Gurgaon, the Director of Travelogy India, Santosh Gupta along with the Sales Manager, Rajiv Gupta received the Certificate of Appreciation for their outstanding contribution to Oberoi Hotels & Resorts and Trident Hotels in 2015-2016. 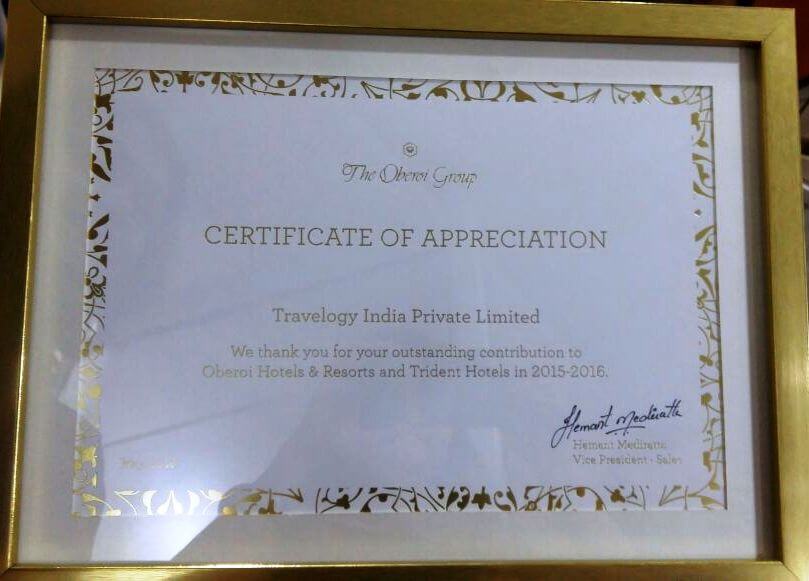 The Certificate signed by Hemant Mendiratta, Vice President – Sales of the Oberoi Group has added charm to the brand name Travelogy India and brought inspiration as well as confidence to do better and go further. The recognition has listed Travelogy India as one of the best companies in the field of tourism in India. Therefore, the company is looking forward to get more recognition and awards in future through its impeccable hospitality and seamless services.