Standing pride and high along the hills of the southern part of Gujarat, this statue claims the new title of being the world’s tallest statue. Although not known to the entire world, the personality celebrated as the statue is ‘The Iron Man of India’, Sardar Vallabhbhai Patel. An important historic and political figure who brought the country together after independence. Standing twice the height of USA’s Statue of Liberty, this Iron Man statue is called as Statue of Unity. It is inaugrated by Honorable Prime Minister of India, Narendra Modi on the occasion of Sardar’s 143rd birthday on 31st October at 11:30 AM. 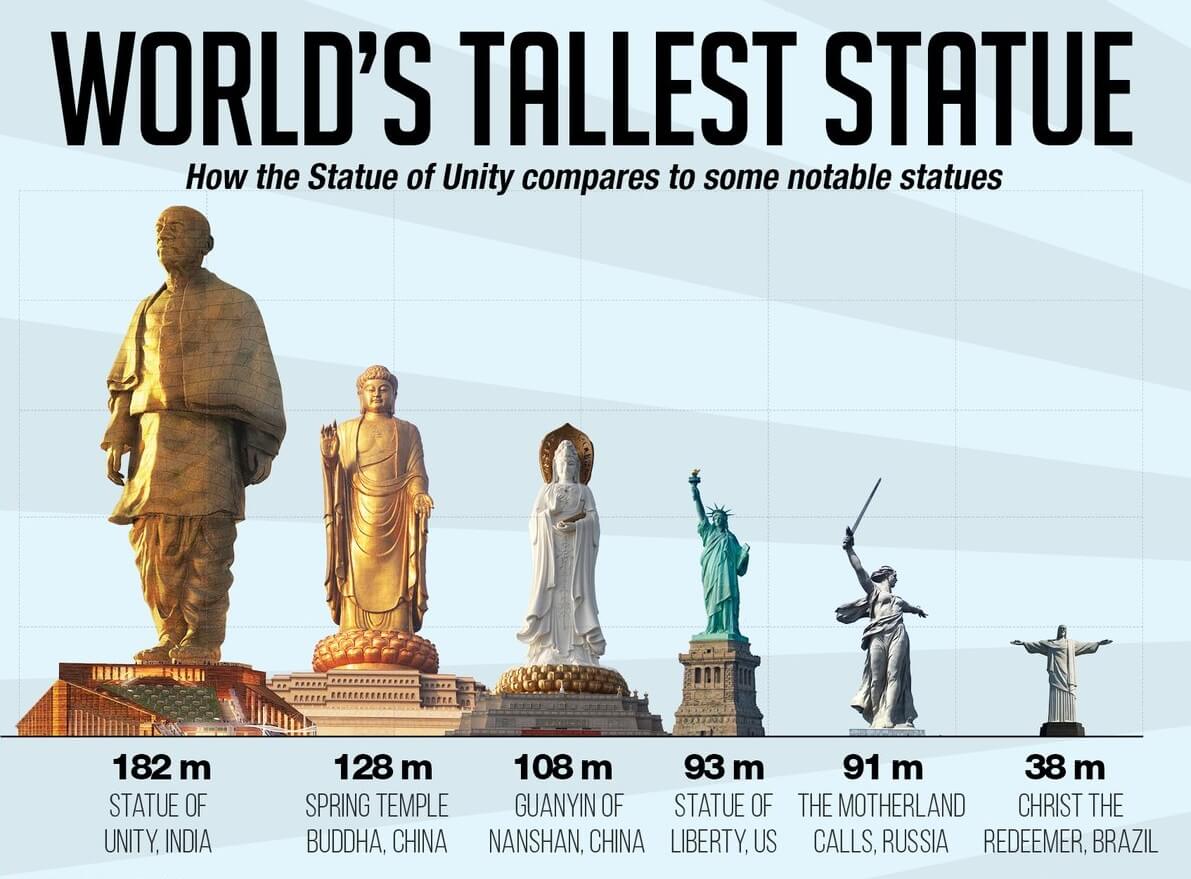 Sardar Vallabhbhai Patel was an important voice in the country’s freedom struggle. However, his actual work started after independence. When the British’s rule ended in India, this statesman persuaded (sometimes even used forceful methods) to bond India together by bringing many princely states and colonial regions together as one whole country. Patel worked with determination with numerous kings and royal heirs of the various kingdoms to let them go off their autocracy power over their land. 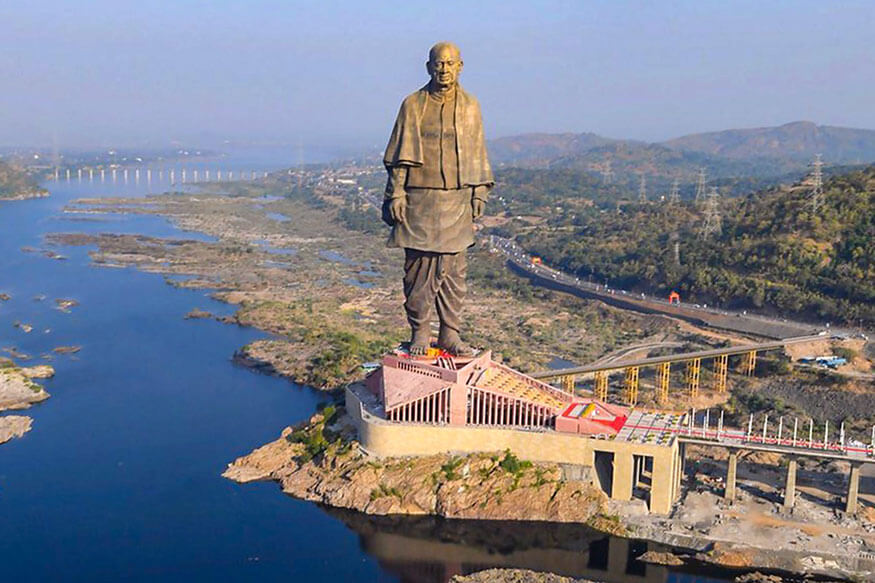 This large statue is made with bronze sheets and used around 25,000 ton of steel. Among this quantity of steel, the local farmers dedicated around 5000 ton of the total steel by giving their old and unused farming tools. The statue used around 210,000-meter cube of concrete. This amounts to the concrete used for the statue and the base. The overall cost of the statue is a whopping 400 million dollars.

Features of Statue of Unity

Within a week from inauguration, more than 1.28 lakh tourists have visited this statue. Around 3 and half years were spent in making this statue. 3000 workers, which includes 300 engineers, were completely involved in this construction process.

The statue has a viewing gallery at a height of 153 m from ground. The gallery can hold around 200 tourists at any given time. From the viewing gallery, you can get a great view of SardarSarovar dam. The entire statue is divided into three zones.

Zone 1: This is the first level of the statue. This includes the mezzanine floor, an exhibit floor and the roof. It holds a memorial garden and a museum. 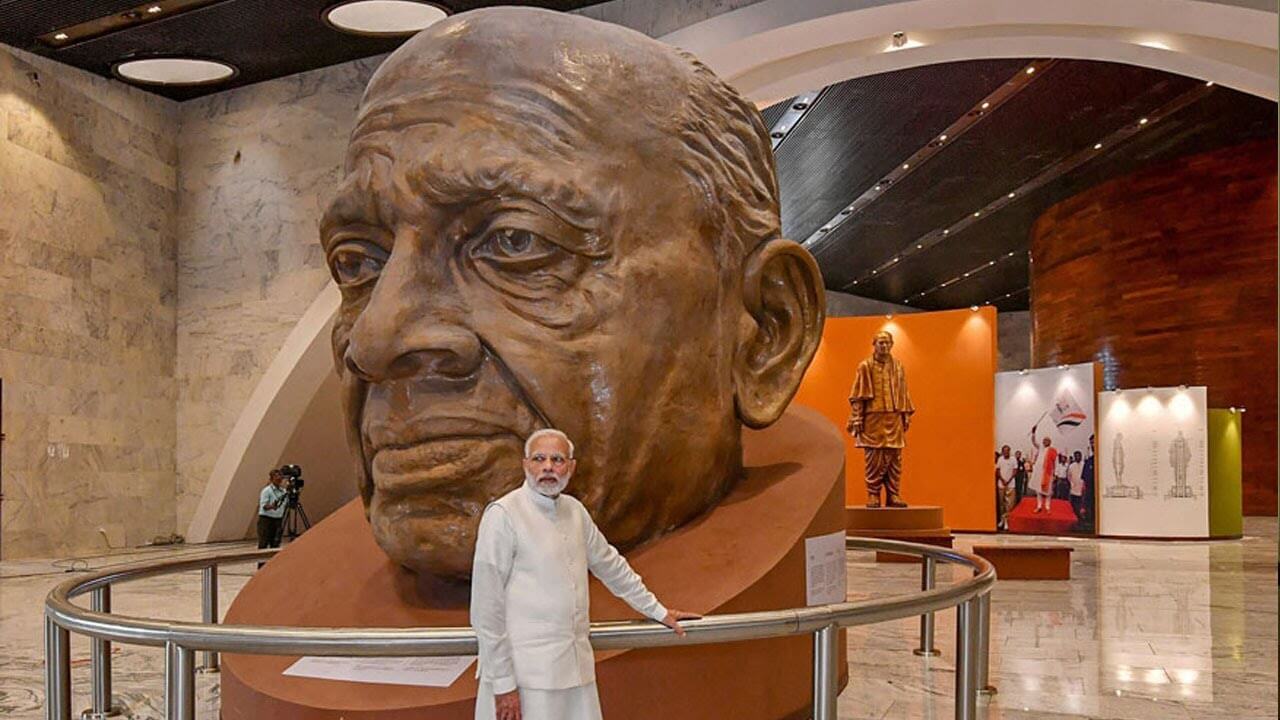 Zone 2: This is the part of the statue from ground to the thigh.

Zone 3: This is the part of the statue, which extends up to the viewing gallery.

Zone 4: This part of the statue covers the rest of the structure up to the head. This zone is not open for tourists.

In the evening, a thirty-minute laser show is conducted every day. There is a three-star hotel inside the complex for those who are willing to stay overnight. 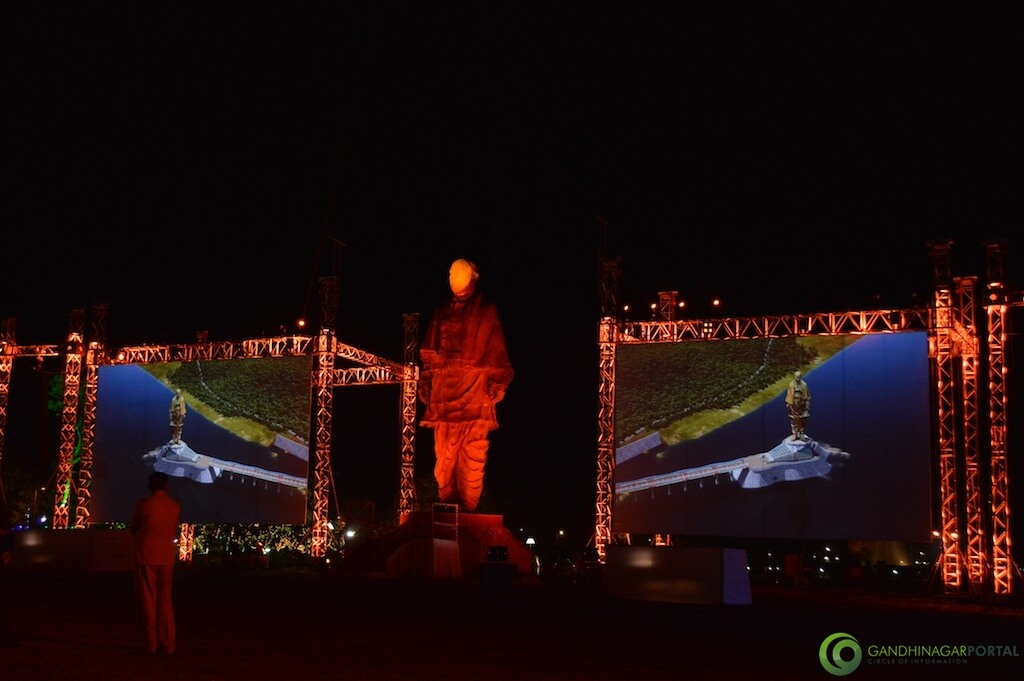 The statue is located on a small island named Sadhu Bet Island, which is located in the SardarSarovar Dam, around 100 km away from Vadodara.

The statue is open to tourists from Tuesday to Sunday.

How to Book Tickets for Statue of Unity?

There is a ticket counter closer to the entrance gate. The counter opens at 9 am. On the other hand, you can visit the official site of the statue to book tickets.

Important Facts of Statue of Unity

How to Reach Statue of Unity?

If you are visit India you must know :