Nestled on the banks of the River Vaigai, “Meenakshi Amman Temple” is one of the oldest and biggest temples of India. Not just a 2500 year old temple complex but it is like a city with in the Madurai city dedicated to the deity Meenakshi, an avatar of Goddess Parvati, and her consort Sundareswarar, Lord Shiva. So if you are planning for a calm religious tour Meenakshi Amman Temple is the best place to visit as this will offer you a complete peace of mind, rejuvenating inner spirit and the most astounding views of the sculpture and architecture that no other place can present.

Sprawled over an area of 17 acres has 4 entrances facing 4 directions has significant history but the credit for the present architecture and structure goes to the Nayakas, who ruled the region between the 16th and 18th centuries and brought the architecture of the temple to its present majesty. 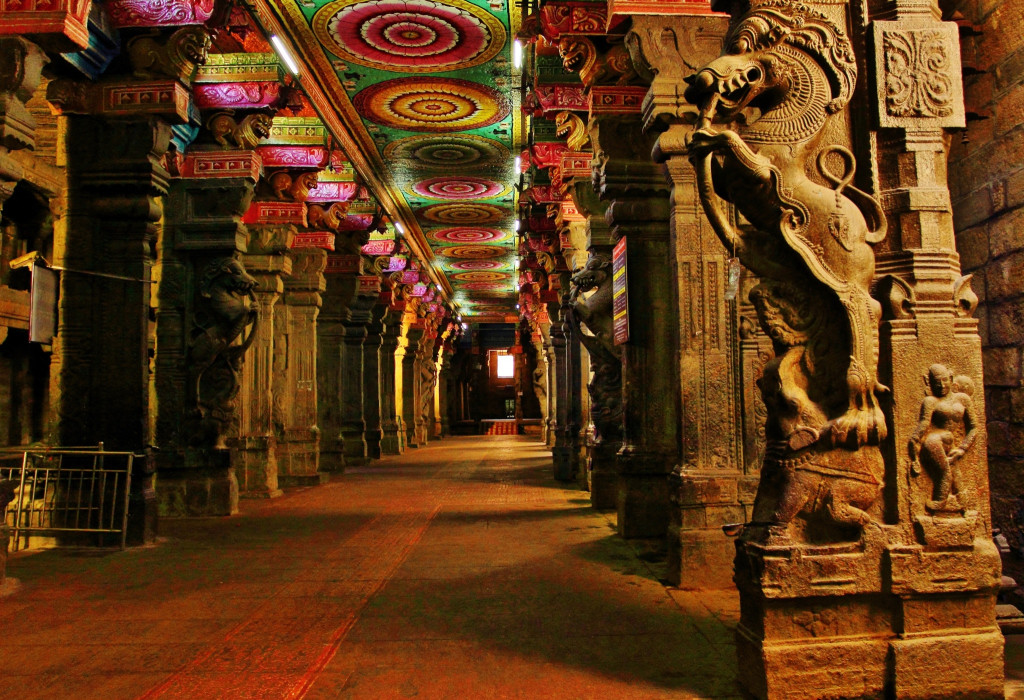 5 Must Attraction to See in Meenakshi Amman Temple

1. First have a look on various minor quadrangular complexes, 14 gopurams or towers or on out of which the tallest one, the southern tower, which stretches nearly 170 feet (52 meters) high.

2. Next, move towards outstanding vimanas which are covered with stones, animal, demons and god figures in bright colours/ gold plated over the idol of the two main deities is undoubtedly a wonderful sight that captivates you.

3. A visit to this temple also calls for a visit to the “Hall of 1000 Pillars” or “Aayiram Kaal Mandapam” (which in actually has 985 pillars). Some of these pillars are also noted as Musical Pillars, which when you tap or strike, you hear distinct musical note struck/ notes of Carnatic music.

4. The “Golden Lotus Tank”or “Pottramarai Kulam” is another fascinating sight of the complex. This is believed that Pottramarai Kulamis the same pond in which Golden Lotus had bloomed which was used by Indra to perform his mahayagya. Beside this there are many legends for this pond, first it is believed that the lord Shiva had blessed this pond that no fish or other marine life would ever grow in this pond and surprisingly till date no marine life is found in the pond. Another famous legend says that the waters of this pond were a test for good or bad literature, where good literature would stay afloat and bad literature would sink.

5. Last but not least don’t forget to watch an expansive “Parrot Cage” or “Kilikoondu Mandapam Corridor”around sanctum of Meenakshi which was used to keep/train parrots to call out the name “Meenakshi”.

If your heart still wants more, you can visit the in-house museum here you jump into its 2500 year old history.

How to Reach Meenakshi Amman Temple

Madurai is well connected to all the major cities of India by air, rail and road. Madurai airport is just 10 km away from the city and you can easily reach here with the help of a cab. All major trains are available from Madurai to the various cities of the country and more if you want to travel by road, AC as well as non-AC buses are available.

About reaching Meenakshi Temple, so it is just 1 Km away from Madurai Junction Railway Station and more from any location in Madurai, you can easily reach here by taxis, local buses and auto rikshaws.