Kerala, one of the Southern State of India is notable for huge, immense and rocky Western Ghat ranges on its eastern edges captivating nature in all its phenomena. Its luscious green scenic ambiances, acreage of tea, coffee and spice plantations, verdant forest, cherishing and tending exotic types of flora and fauna, cross-crossing mountain streams, astonishing waterfalls, completes the picture of peace and calm and make Kerala State one of the most sought place for hill stations where the souls retreats in self of nature and meditates upon the mystery of presence.

Munnar noted as the “Kashmir of Kerala” nestled in the Kannan-devan hills at an altitude of 1600 m above sea level rinsed by the assemblage of three mountain streams Mudrapuzha, Nallathanni and Kundala. A destination of summer retreat for the by gone British Empire is a scenic ideal town with colonial bungalows, comfort hotels, opulent green tea estates adorned in dew and mystery, forests, reservoirs, waterfalls, lakes, wonderful views and winding lanes make special appeal. “Anamudi” which rise above 2695 m noted for its trekking tracks and “Neelakurunji flowers” that blooms every twelve years covers the hills in blue making Munnar one of the most haunted after hill stations in the Nilgiris. 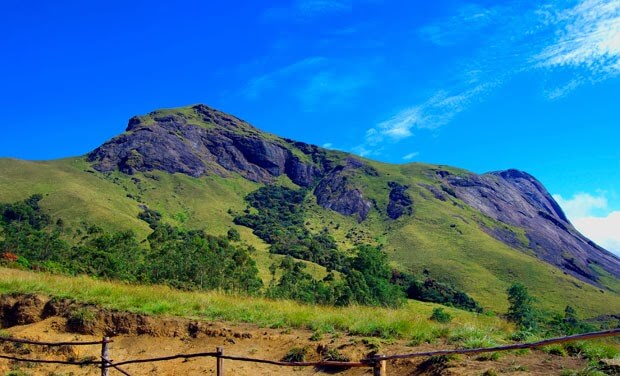 12 Days Itinerary of Golden Triangle with Kerala Backwater Tour Do you know the golden triangle tour meaning must read : What is Golden Triangle Tour India and Why its famous?

The Land of Paddy Fields “Wayanad” is an alluring place in the Western Ghats nestled at the height of 700-1200 m offers fog covered mountains, mountainous rivers, unblemished greenery, hugely conducive soil for the plantation of tea, coffee, rubber, pepper, cardamom and other spices. No doubt its “Wayanad wild life sanctuary” which is a home to an exotic variety of plants and animals or an important part of Nilgiri biosphere reserve makes this place one of the most desired hill station among the top hill stations of Kerala. 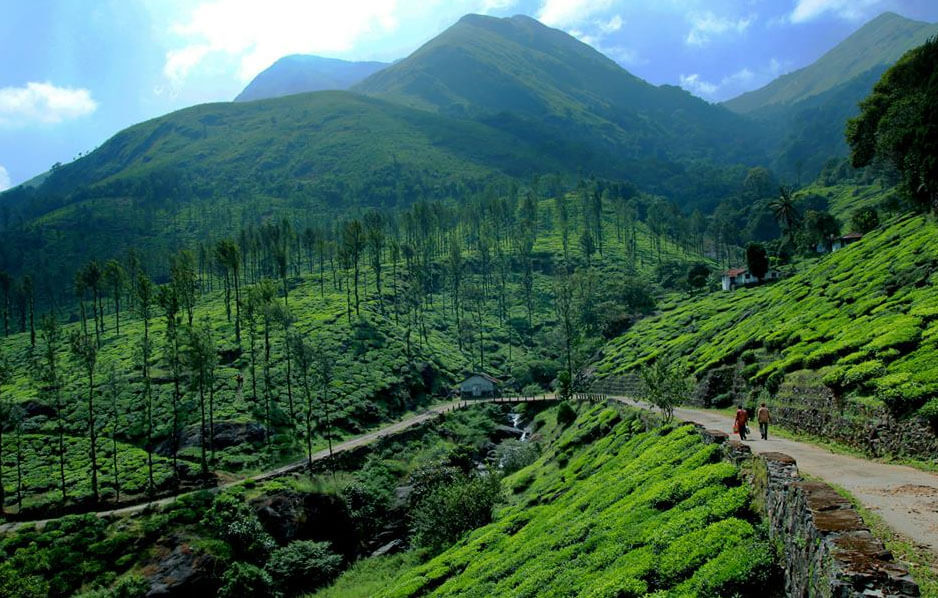 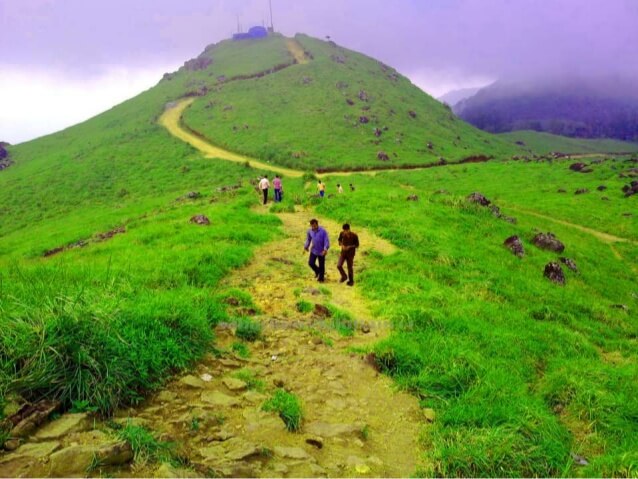 Idukki is a thin valley occupied by a huge population of tribal has unique customs and beliefs different from the prevailing population which make this hill station famous. Watching the way of life, antiques and festivals of this tribal people is quite a fascinating experience and the surrounding with an extent of dazzling wooden valleys, wildlife sanctuaries, spice plantation, mountain treks, elephant rides, rambling streams and more enthrall and make Idukki one of the splendid top hill stations. 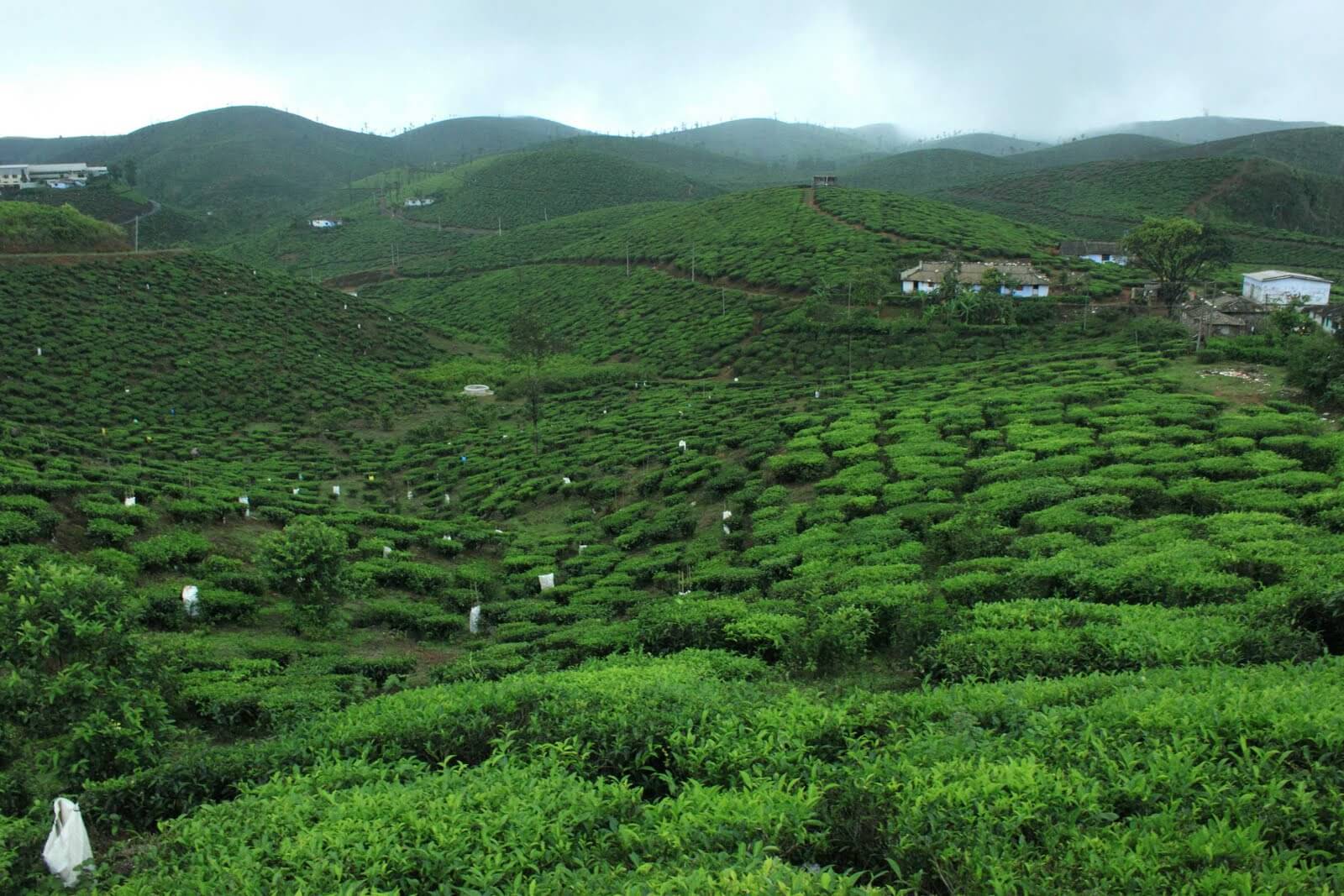 [ Find more Information about : How to Reach Kerala ]

Vagamon is a hill station located in Kottayam- Idukki edge of Kerala at an average height of 1,100 metres above sea level offers an exhilarating combination of religious spiritualism and European tradition. Here you can get an alluring ranges of small hills, valleys, gushing waterfalls, dew covered zigzag roads that wrap up the hills and a chain of 3 beautiful hills called c, Murugan hill and Kurismala hill which is important for Muslims, Hindus and Christians respectively give an endearing feel to this beautiful hill station natural beauty and makes a perfect place for natural surrounding and spiritual activities. 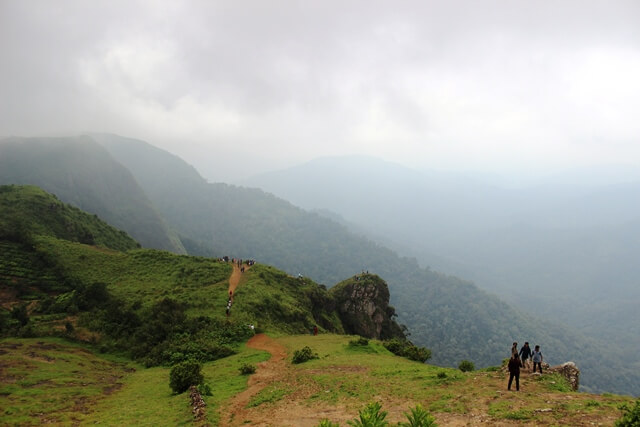 Read More : Know about How to Reach Kerala

Devikulam is a picturesque hill station situated 5 km away from Munnar at an average height of 1,800 metres above sea level, an inescapable display of natural greenery, silent bands of slender red and blue gum trees, scenic beauty of Pallivasal Waterfalls, profuse forests, cool air, exotic flora and fauna, velvet lawns and a magnificent small lake hidden between the rolling hills which enthrall everyone. According to a legend, Lordess Sita, wife of Lord Rama, came down to revel in the lake and the place came to be noted by the present name ever since. 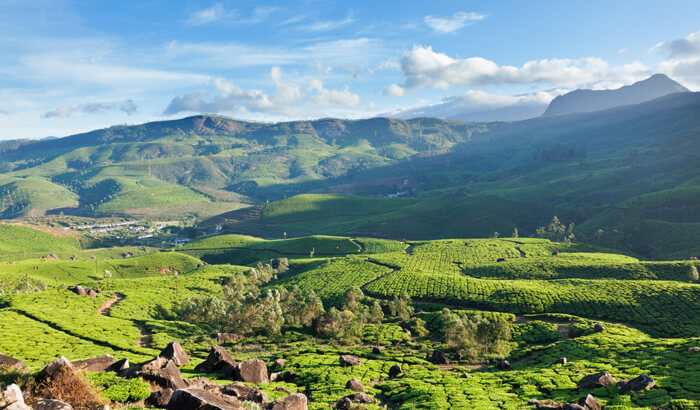 Mattupetty is notable for its largely specialized dairy farm that obligates itself to the Indo-Swiss livestock project nestled more than at an average height of 1500 m above sea level offers many enchanting sights to zest. Besides the luscious green tea plantations and the rotating grasslands, the Shola forests in and around Mattupetty are excellent for trekking and home to a variety of birds. Small rivers and waterfalls that intersect the landscape, wonderful lake and Mattupetty Dam again add more attraction to the place. 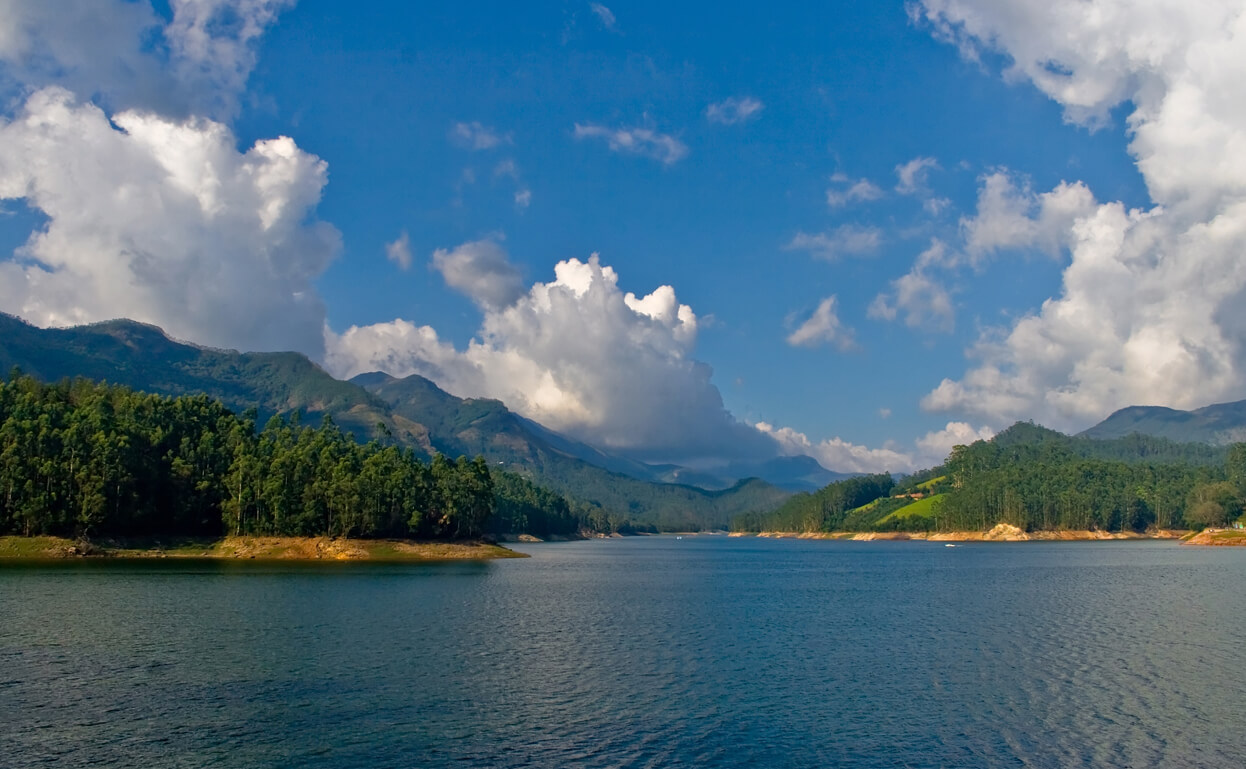 Read More : How to Reach Munnar

A scenic place nestled in the Sylvan Northern high ranges in Wayanad district at an average height of 2600 ft. above sea level offers huge hills covered by fog and natural surroundings, cultivated fields along its tilt or slant, perennial tides flowing downhill, lush green environment, rejuvenating weather, pollution free atmosphere. It is believed that Vythiri once a preferred retreat for English colonial planters during former times to present. 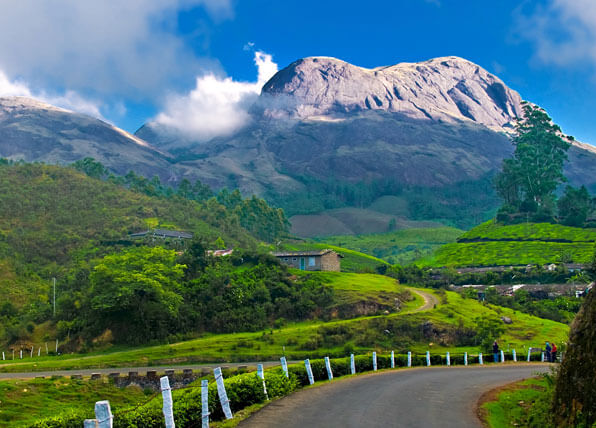 Lakkidi noted as one of the most hugely exalted area of Wayanad and the area listed with second highest rainfall of the south has the rotating hills, cool environment, verdant greenery and all. One another thing that make Lakkidi popular among tourists as it is the birth place of the famous Keralian satirist and poet “Kunjan Nambier” who discovered the rare, uncommon and world famous “Ottanthukkal dance”. The house of Nambier is retained as a heritage building by the government of Kerala. 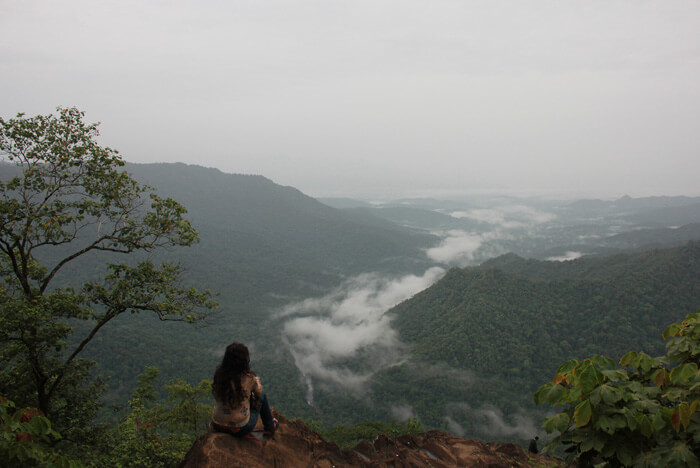 Chembra located at around 14 km west of Kalpeta at an altitude of 2100 m isthe largest peak in the Wayanad region encircled by luscious greenery, hills with natural and cultivated vegetation and ideal place for the nature lovers and trekking enthusiast. Its trekking trail with its winding pathways and mesmerizing view at every curve is popular in all over the world. 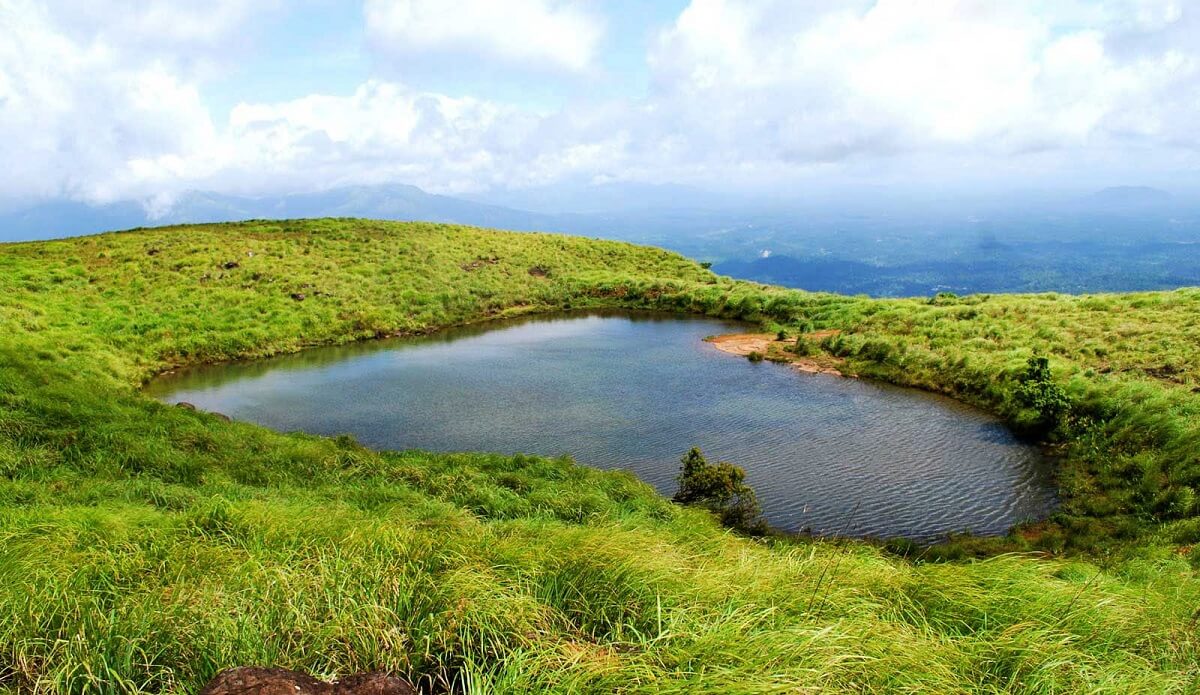 Top 5 Backwaters of Kerala that you should not miss

Most Selling Tour Packages of Kerala: