The luxury train, Palace on wheels (P.O.W) got an amazing deal with Travelogy India, a pack of 51 passengers at a cost of Rs 1.550.000.000 (or Rs 1.55 crores), this good news was informed by Pradeep Bohra (the Chief General Manager of P.O.W). That such an important deal was done in the first day of the business to business (B2B) at the Rajasthan Domestic Travel Mart (RDTM) 2018, which focus to enhance the experience of the tourists to visit Rajasthan and other many indian places.

The promoter Mr. Santosh Gupta, as a agent of the travel agency Travelogy India, Khalid Khan who is the Vice president of Federation of Hospitality and Tourism of Rajasthan (FHTR), and a number of Department of Tourism and FHTR officials were present on this special occasion. 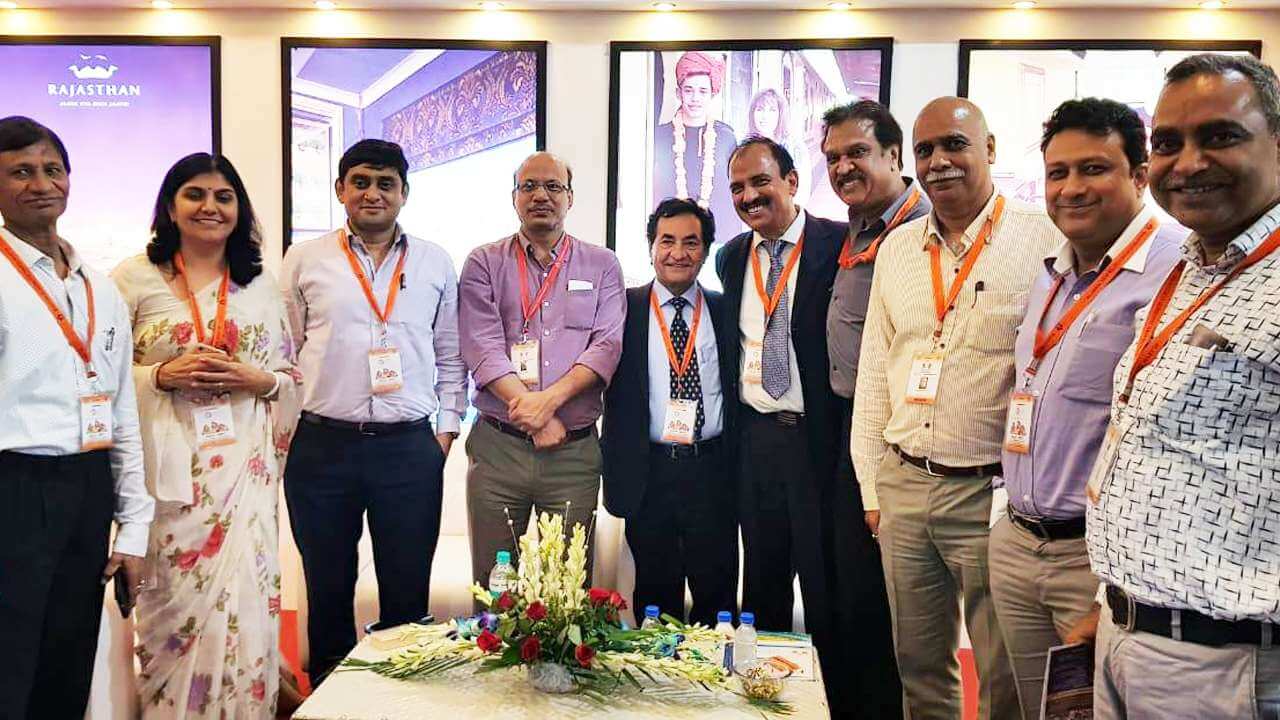 The Rajasthan Domestic Travel Mart 2018 took place in Jaipur for the first time, with more of 4900 meetings, that were fixed in advance and were conducted at the recently-concluded Rajasthan Domestic Travel Mart in Jaipur. The guest chief of this ceremony was Suman Billa, joint Secretary of Tourism in the Government of India, said “The mart is a very important step forward because the international end of the business has its way of organizing itself. Domestic market and marts like this have the saluted effect of bringing buyers and sellers towards the domestic market. So I think it’s a very good move and that is where most of the meat is going to come from. We have supported this mart because we think that the initiative should come from the states.”

Thanks to this type of sponsored meetings by the Ministry of Tourism of India, tourism agencies, such as " Palace on Wheels" and "Travelogy India" have the opportunity to make commercial alliances with the only purpose of providing better experiences to the tourists each year. Understanding that they have a country worthy of exhibit, for his wonders and his history. They are ever more convinced that only in mutual agreements between the state and travel agencies is the only way that they can provide the tourists a wonderful experience around the country.

In this way the luxurious train of Rajasthan "The Palace on Wheels", through the attention and service of Travelogy India can offer you the best information and guide to the best way to travel with this luxurious train. "Also, the customer benefits of this alliance is that Travelogy India will give free airport transportation, a Delhi sightseeing tour, more secure reservations and better discounts per number of cabins". For more information on this offer : Click Here

Getting acquainted with the places, their characteristics, historical data, or personal assistance. A very well formed alliance, since Travelogy India is dedicated to provide inbound travel services and hospitality, within 8 Years of experience, with creative tour packages and thousands of satisfied clients have made them one of the leading tour companies in India. Their philosophy stems from an old adage: "Leaving no stone unturned." This philosophy and service make them an amazing reputation within Indian tour and travel circles.