Rivers and Lakes in Uttarakhand

Babbling Himalayan Rivers are telling the eternal truth of life and shoot up the natural beauty of Uttarakhand an exiquisite alluring state on the lap of the Himalaya.

There are 100 rivers and tributaries, lakes are there in Uttarakhand but bests among them are as follows: 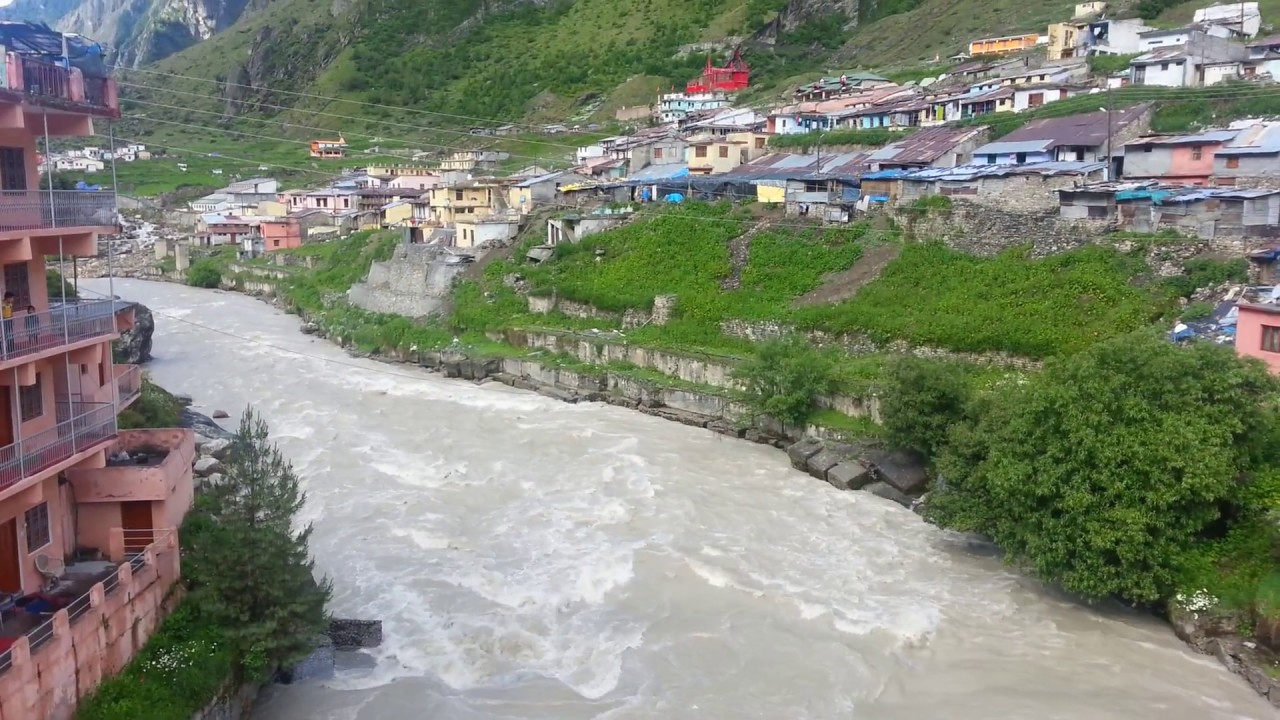 It is one of the most important river in Uttarakhand. This major holy river is 195 km in length and emerges at the foot of the Satopanth and the Bhagirath Kharak glaciers in Uttarakhand, meeting at the Saraswati river at Mana, India, 21 km from Tibet.

On the Indian side of the Tibet border on the Satopanth glacier, at the height of 4350m the triangular lake Satopanth lake is found named after the Hindu trinity Lord Brahma, Lord Bishnu and Lord Shiva, which attracts the tourists. Aloknanda river is one of the best for river rafting in the World due to it’s high rafting grade. This river drains Chamoli, Pauri and Tehri districts.

Badrinath Rishi Ganga, Laxmanganga, Govindgath meet Aloknanda. Badrinath a reknown hindu pilgrimage is located near the bank of the Aloknanda and surrounded by two Mountain ranges, Nar and Narayan eitherside and Neelkanth peak at the back of the Narayan range.

The 37 Dams are under construction to generate hydroelectricity, with the energy of the River Aloknanda.

According to the Mythological legend Bhagirath was one of the forefathers of Lord Rama of the Epic Ramayana, a Sagar Dynasty Prince and the descendant of the great Sagar or Suryavanshi Dynasty. He brought the Ganges on the Earth from the heaven for releasing of his 60,000 uncles from the curse of the saint Kapila.

Moreover the Ganges is the daughter of the king Bhagirath so it’s another name Bhagirathi. The tributaries are as follows:

There are 18 Dams,under construction along Bhagirathi River.

The controversial TEHRY DAM (5th tallest Dam in the World) lies at the confluence of Bhagirathi and Bhilangana, Chaukhamba, the highest point of Bhagirathi Basin, Tehri District.

This 80 km long Himalayan River is the major tributary of the Bhagirathi River. It originates at the foot of the Khatling Glacier, elevation 3717km and approximately 50km South of the ice cave at Gaumukh. It flows into the Bhagirathi River at Tehri District at the site of the Tehri Dam. This river meets into its tributary Bal Ganga River at Ghansali (elevation 976m). Bal Ganga originates at the foot of the Mount Kukhili Dhar, elevation 4600m. It meets into its minor tributary Dhharam Ganga at Ghansali at Thati Kathur or Budha Kedar(elevation 1524m.).

The National River, most sacred and the longest river (2606 km.) in India. It is a trans-boundary river of Asia flowing through India and Bangladesh. This river rises in the western Himalayas, at the Goumukh in the Gangotri Glacier in the Indian state of Uttarakhand then flows with eternity and nourish the Indogangetic plains. This holy river drains into the Bay of Bengal. This is worshippd as the Goddess Ganga descended by the King Bhagirath from the Heaven to the Earth.

Lord Shiva received The Ganga, coiled in his tangled hair due to that the turbulent force of Ganga would have shattered the Earth.The Hindus believe that Ganges water washes the sin so they take bath into the Ganga river before every ritual ceremonies, they worship God Godesses, sprinkling the Ganges water before starting. The Ganga river is passing through so many cities like Varanasi, Kolkata, Patna, Bauxar, Sultanganj, Gazipur, Allahabad, Kanpur, Chavra, Chuar, Bhagalpur, but in different names.

And many more Barrages, power projects are using the water of the Ganga River.

This is the second largest Tributary of the Ganga and the longest Tributary in India. It emerges at the foot of the Yamunotri Glacier elevation 6387meters on the Southern Western slope of the Banderpooch peaks of the Lower Himalayas in Uttarakhand. It is connected to the religious beliefs surroundings Lord Krishna and the various stories. This sacred river crosses through so many cities and joins it’s Tributaries. It crosses through Haryana, Delhi, Uttarpradesh, Himachal Pradesh. The tributaries are Ton, Chambal, Sindh, Betwa, Ken.

The gleaming silver shinning crystal clear water of the lakes in Uttarakhand reflects the paradisical, exalted natural pictureques that attracts the aesthetics miraculously.

The Important Lakes in Uttarakhand

This pear shaped majestic wealth of India is situated at the foot hills of Himalaya,encircled with the Seven hills, amidst the Oak trees, at the elevation of 2000m. This mystery was found out by Mr. P.Baron in 1839. So many Artists captured the alluring enlivening beauty of this place through their creations,poem, stories, paintings or photographies.

According to the mythological legends, Skandpuran, three sages, Atri, Pulastya and Pulaha meditated here and dug a pit which was filled with water itself. This lake was named after three sages, Tri-Rishi –Sarovar.

According to other legends this lake is the emerald green eye of Lord Shiva’s wife Sati so it is called Nainital. The romantic travelers around the world come here for boat riding festival, water rafting, boat riding,etc.

Mild weather of Summer, rhythmic rain drops in Monsoon or scrummy food in winter beckons the aesthesis around the world to enjoy the various water activities, alluring scenic beauty and one of the World’s largest Hydroelectricity project. This is an important city as the headquarter of the Tehri district and some famous hindu temples are there also.

Best Time - Around The Year.

This lake is named after Bhim of Mahabharata. It has an island at the center, an ancient Bhimeshwar Shiva temple, build during banishment of Panchapandava(Bhima visited during this time). another Shiva temple made by Baz Bahadur Raja of Kumaon in the 17th century. It is an old town even. Still there is a old pedestrial path is here which connect even Nepal, Tibet, a part of famous Silk route.

It is situated amidst the snow capped Mount peaks, Mount Nilkantha, Mount Balakun, Satopanth Glacier, Bhagirath Kharak Glacier. At the elevation of 16000 ft. a unique and alluring lake that remains under snow from the end of the September to the Mid of May. According to the Mythological legends Lord Brahma, Lord Bishnu and Lord Shiva take bath in this lake on an auspicious day.

This mysterious holy glacial lake is burbling on the Kedarnath Hills at elevation of 4958m. It is formed by the water of the Vasuki Glacier and is encircled with the vibrant coloured flowers,views of various peaks like Chaukhambha, etc. Brahma Lotus flower, an unique and most beautiful flower can be found here.

According to the mythological belief that Lord Brahma bathed here on the auspicious day of Rakhshabandhan.The abode of Lord Shiva or Kedarnath is 5km away only from here. This lake resembles Vasuki Nag, curled around the neck of Lord Shiva. This Lake is famous for adventure as it has steep, difficult path, flowers, views of Himalayan ranges.

Best Time - May to September