India too has wonders similar to The Grand Canyon of Arizona, in USA. Then why don’t you take a tour to discover the ravishing beauty of Indian soil. The places that can keep you spell bound and will give you unforgettable memories to treasure throughout your life. Some of these awe-inspiring beauties are mentioned below

This wonderful hill station of Khajjiar is considered as Mini Switzerland of India, in the Himalayan region. It is located in Himachal Pradesh about 26 km away from Dalhousie. Blessed with green meadows, beautiful snow capped towering peaks and dense forests make it a popular tourist destination. The Khajjiar Lake and Chamera Lake adds to the picturesque landscape of this magnetic beauty of Khajjiar. 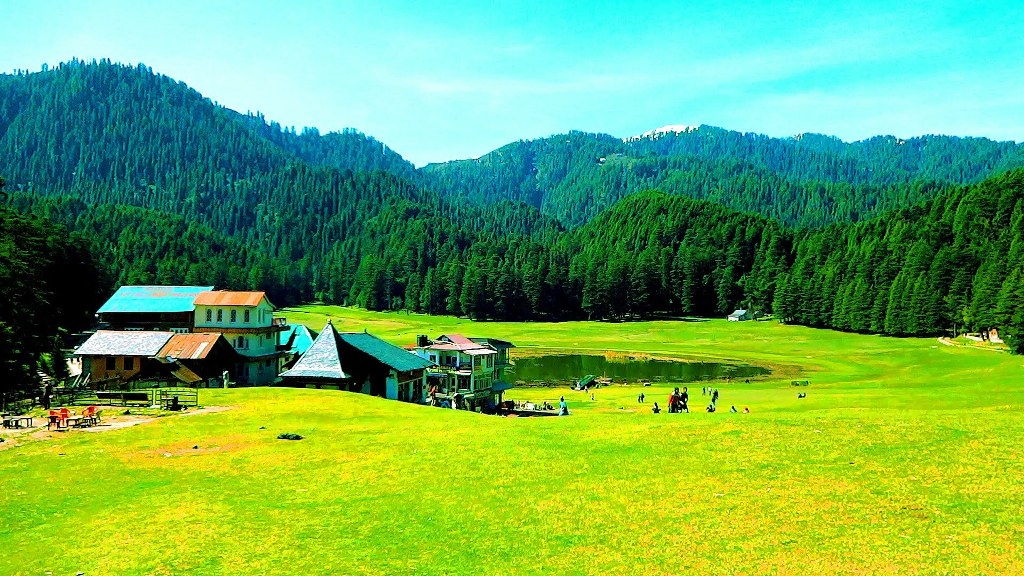 2. Alleppey - Popular As Venice of the East

Alleppey or Alappuzha is located in Kerala, God’s Own Country. It is popularly known as the ‘Venice of the East' for its pristine backwaters fringed by palm trees. It is one of the important tourist spots of Kerala. You will get sinked into the sun-kissed beaches, bay, the lively shores and canals. 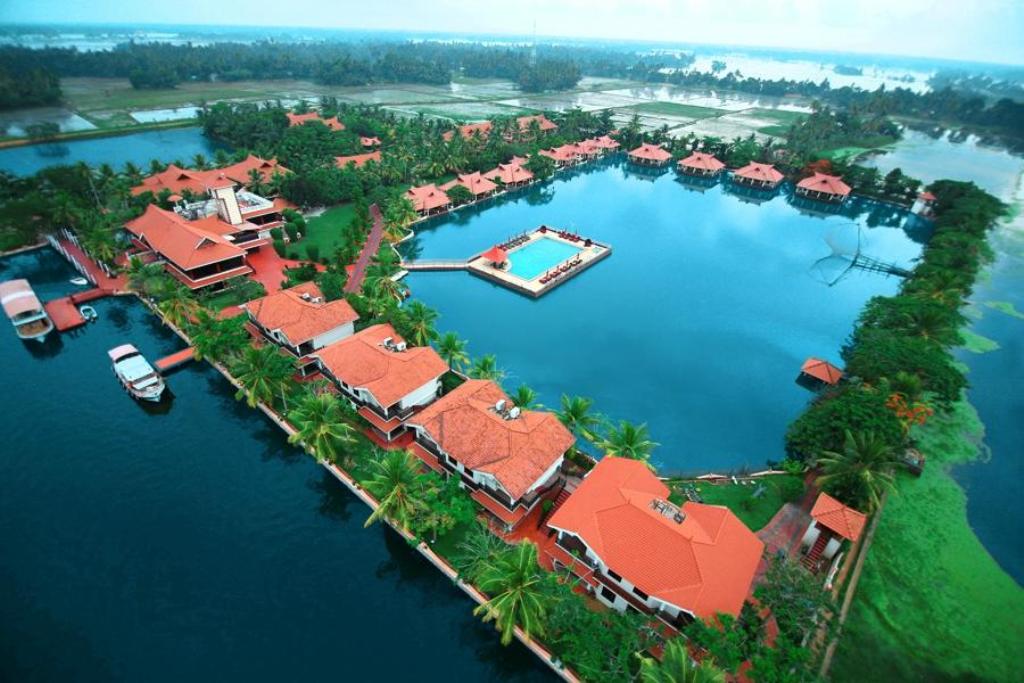 Read More : Things To Do In Alleppey – 10 Interesting Activities

3. Gorges of Gandikota of India - Not Less than Grand Canyon in USA

Do you want to venture beyond the typical monuments, hill stations, museums, havelis, etc. then take a trip to Gandikota. It is a small village located on the bank of river Pennar, in Andhra Pradesh, India. It is considered as Indian Grand Canyon, because of the gorge present in close proximity to Gandikota Fort. The valley, pristine water, lush greenery and trekking draws several tourists to this enchanting place. 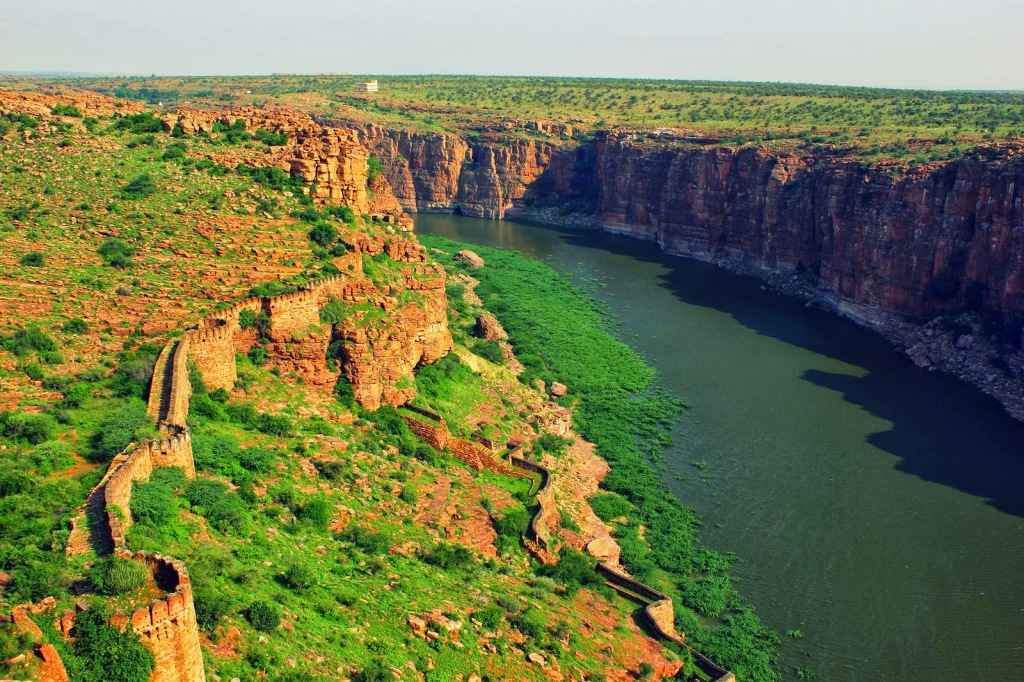 4. Malana (Little Greece of India) - Is A Home to Descendants of Alexandar

Malana known as the ‘Little Greece of India’ is an ancient Indian village in Himachal Pradesh. It is an isolated village in the Malana Nala. The locals of this place have a notion that the outsiders coming to the village are ‘untouchable’ as they belong to the Aryans race and are descendents of Alexander the Great. 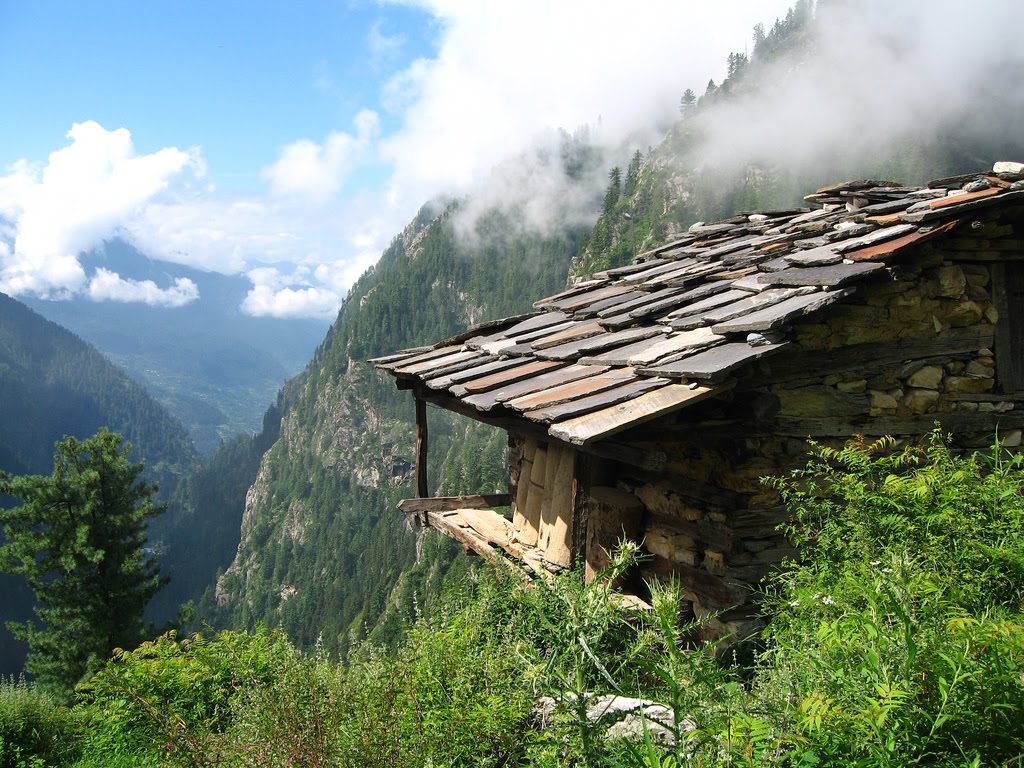 5. Isolated Beaches of Digha - Identified as Brighton of the East

Digha is known as the ‘Brighton of the East’ being a magnificent seaside resort city with shallow sand beach, in the state of West Bengal, India. In the district of East Midnapore, at the northern end of the Bay of Bengal is situated Digha. 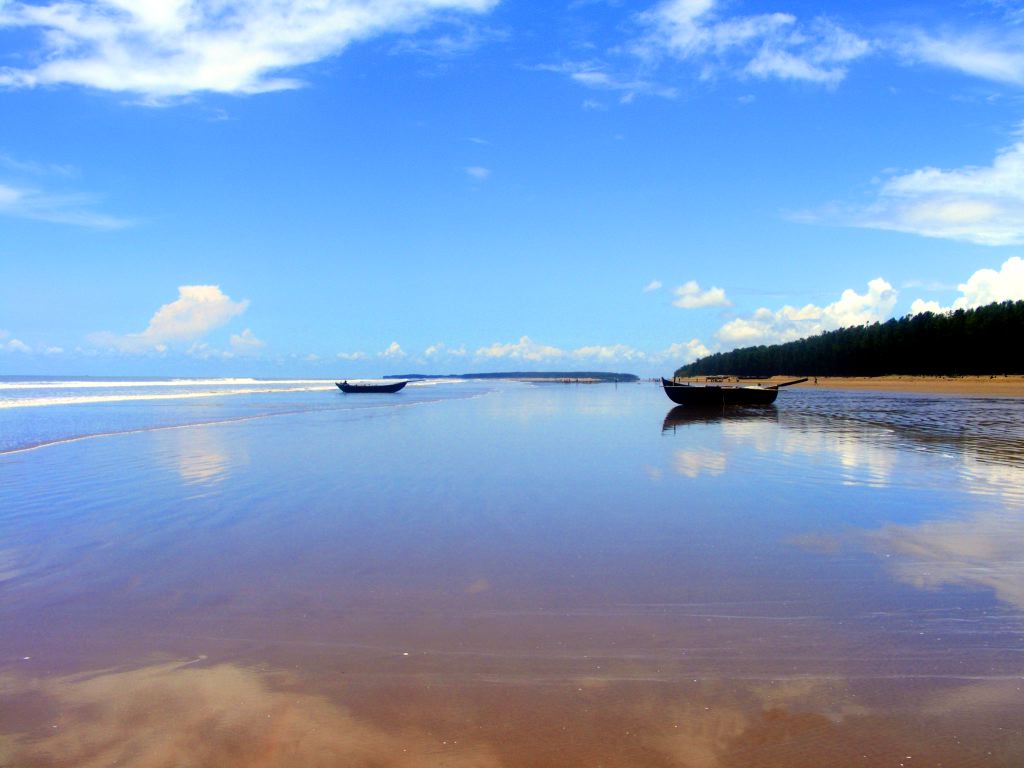 6. Athirappilly Falls - Is Scary and Is Known as Niagara Falls of India

Athirapalli Falls also known as "Suren Chellakutti Falls" is considered as the ‘Niagara Falls of India’. The great and scary falls is situated in Athirappilly Panchayath, on the southwest coast of India and is visited by numerous tourists from all over the world. 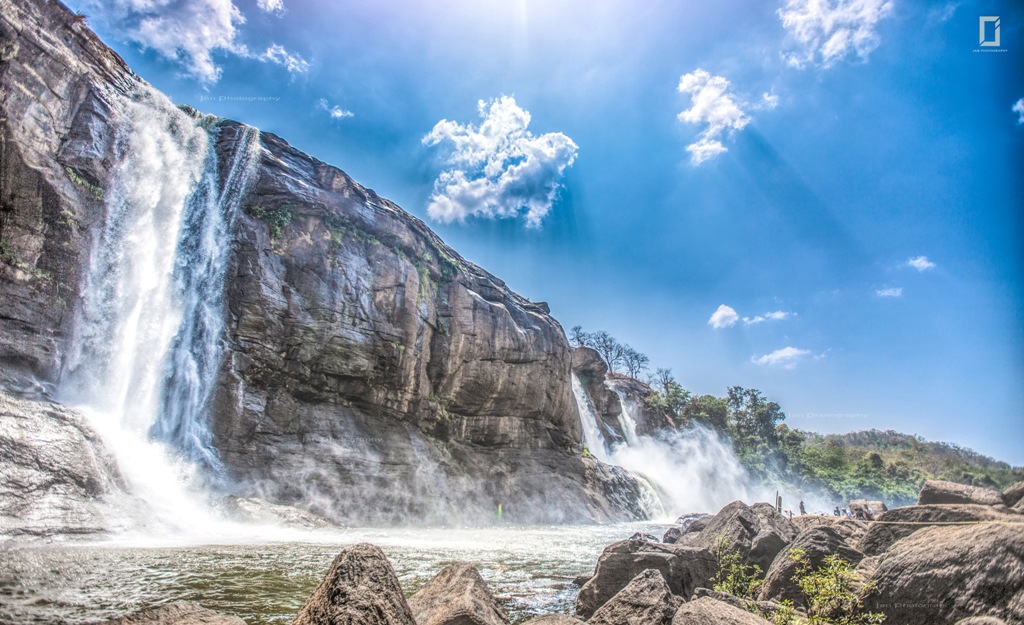 7. Coorg Better Known As - ‘The Scotland of India’

Coorg, which has been recognized as the Scotland of India by the British, is nestled in the south-west part of Karnataka. It shares its border with Kerala. It is one of the most visited travel destinations of India. It is also known as the Kashmir of South India. The majestic natural beauty, its people, culture and local food draws the attention of several tourists from all over the world. 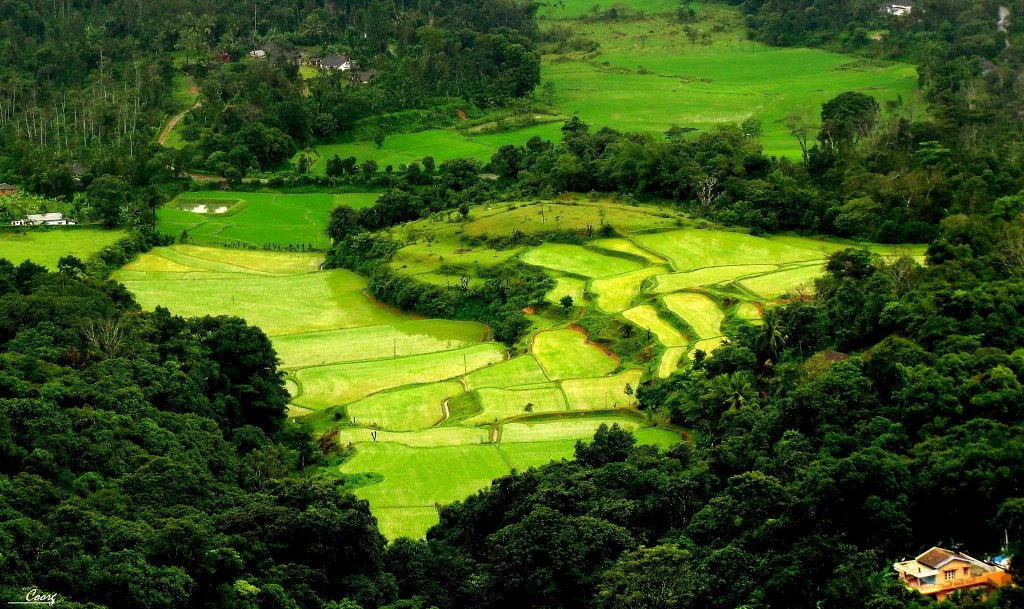 8. Valley of Flowers, Uttarakhand - Is Equivalent to Antelope Valley of USA

Valley of Flowers in Uttarakhand is often compared to the Antelope Valley of USA. It is popular for its meadows of widespread alpine flowers and varied species of flora. It is a home to unusual and endangered animals which includes the Asiatic black bear, musk deer, snow leopard, red fox, brown bear and blue sheep. Various species of birds are also found in this place. Therefore, it is visited by numerous tourists from all over the world. 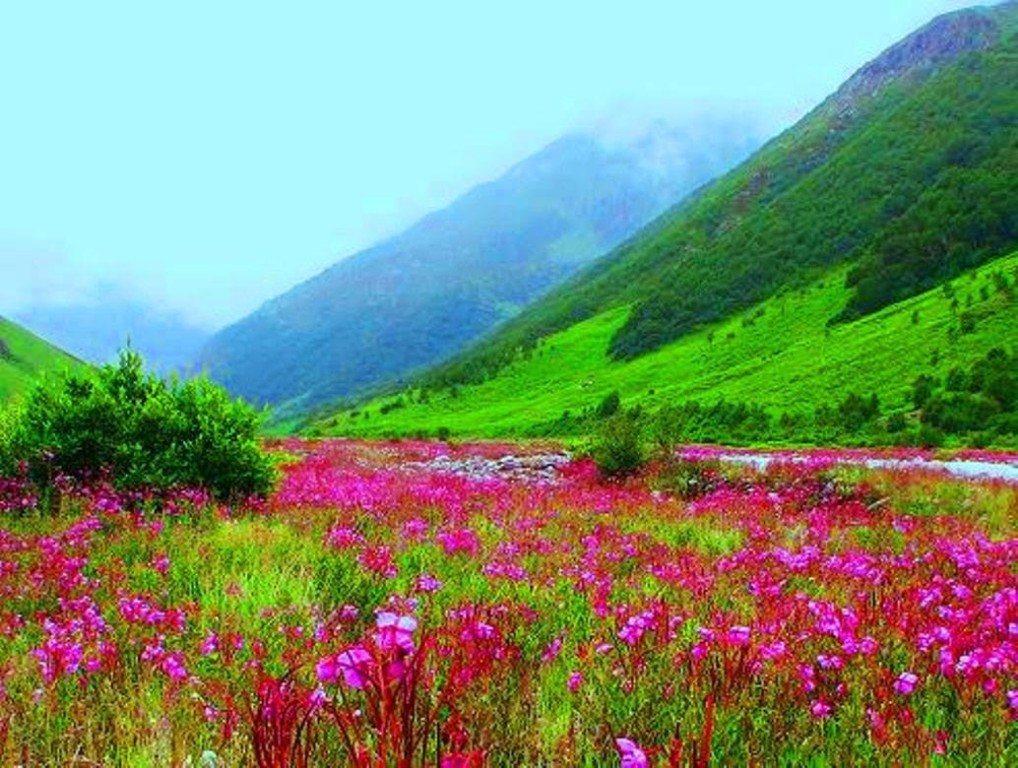 Read More : 10 Most Beautiful Places to Visit in Uttarakhand