10 Most Busiest Railway Stations in India

India holds one of the massive train networks in the world covering 66 thousand kilometers in track route serving more than 23 million people with more than 20,000 trains, every day. Since the introduction of rail system to the country by British, Indians have chosen trains over other modes of transportation because of various advantages. Even today, a huge chunk of people chooses trains for their daily transportation requirements and long haul journeys.

Below is the list of busiest railway stations in India, which are ranked, based on the arrival and departure frequency.

Howrah Junction holds the record for being the busiest station and the station with the highest number of platforms and passenger volume in India. Since the Victorian times, this station has been an important and busy rail junction. This is one of the ancient stations that are still in use since the 19th century.

There is no doubt that a train station in the capital of the country would be busy. Delhi holds the busiest international airport, numerous business HQ, tourism sites, and much more. Thus, the number of people using the train station in New Delhi is quite high. The New Delhi Station was first named as the Old Delhi Railway Station. This station holds the record for having the highest number of unique trains running in and out of the station every day in India.

CSTM or the Victoria Terminus is a heritage site located in Mumbai of Maharashtra. Built in 19th century in Victorian Gothic style, this structure is a tourist attraction too. The station is famous for ornamental iron railings, grills, balustrades, wood carvings, and the artworks of budding artists. You can also find a few statues outside the station representing science, agriculture, commerce, and engineering.

Kanpur Central is one of the top central railway stations of India. This station also holds the record for having the world’s biggest interlocking rail route. The station covers 11 major lines. To handle the raising population in the station, there is a three level underground vehicle parking space with escalator under construction.

Kalyan Junction is the most busiest and important station of Maharashtra. This station is located in Mumbai and holds six major lines. This train connects Mumbai with almost all major cities of the country. This junction serves both long distance trains and sub-urban trains.

Patna station is built at an advantageous location right in between Kolkata and Delhi. Thus, several major trains and connecting trains halt at Patna. Five major lines operate via Patna Junction and it has been a busy station for centuries. This is the major train station of Bihar and was initially named as Bankipore Junction. The station was electrified only in 2004.

Also Read : Why choosing a luxury train for traveling is the convenient one in India?

This station of Andhra Pradesh is graded as NGS-2 by the railway department. This is the model station and has two major operational lines. This station handles almost equal number of passenger and freight trains, every day. The station also holds diesel loco shed and electric loco shed. Recently, the station has started a new system of route relay interlocking, which increases the punctuality of the trains in and out of the station. 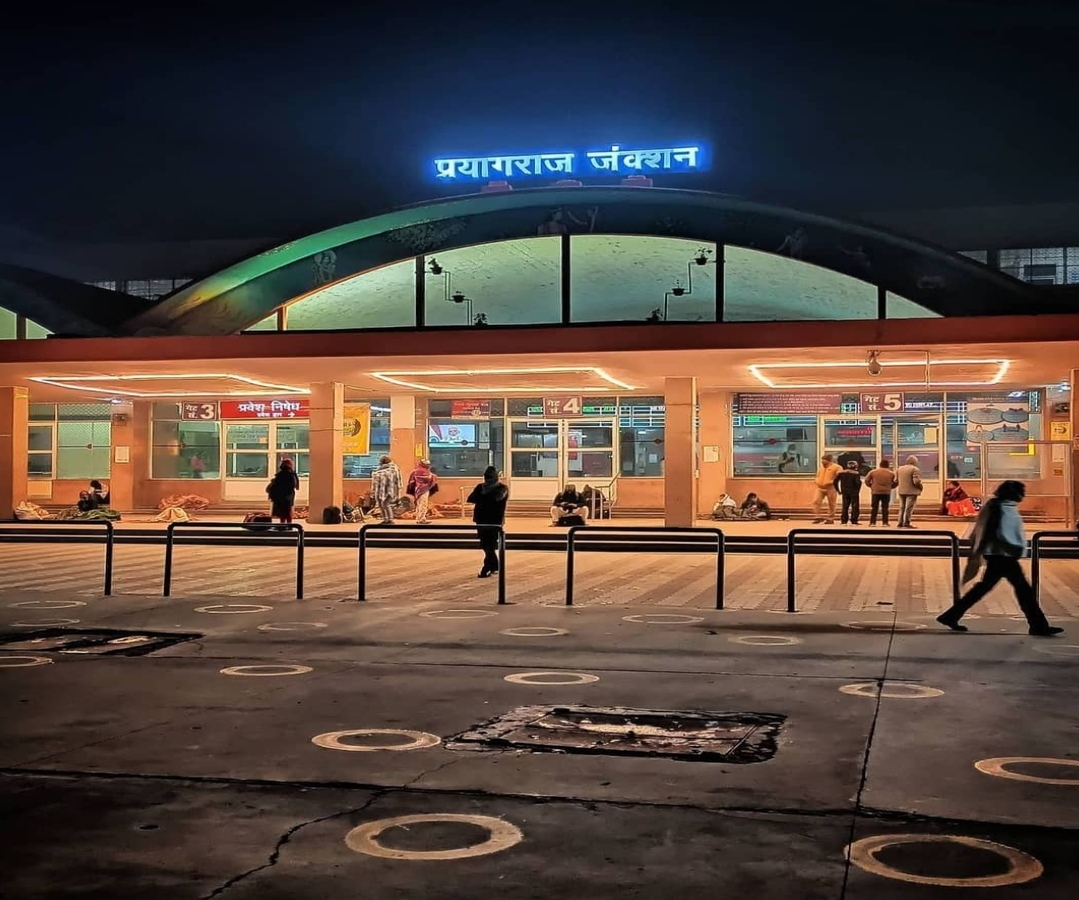 Also Read : 15 Most Expensive Trains in the World

Itarsi Junction is located in Hoshangabad of Madhya Pradesh. This station is connected to four sectors of the railway department and thus, you can find trains from and to almost all Indian cities. The junction has quite busy train traffic as numerous connecting trains cross Itarsi, every day.

Also Read : Who Made The First Train In The World?

Also Read : List of Luxury Trains in the World

Lucknow Station or the Lucknow Charbagh Station is built in a fusion of Mughal, Rajput, and Awadhi style. The station holds a police station, which has ISO 9001 certification. With the gardens and the architectural elements, this is one of the most beautiful stations in the country.

Know about : 20 Reasons Why Trains are better than Planes

Mughal Sarai Junction of Uttar Pradesh is the continent’s biggest railway marshaling yard. The yard can cater to 500 trains per month. The junction is quite busy because all the east-bound Rajdhani Express stops at this station. This station was started by East India Company in 19th century and today, it is one of the top booking stations in the country. Although the station is named as Pandit Deen Dayal Upadhyaya Junction, the locals still choose to call it as Mughal Sarai Junction. 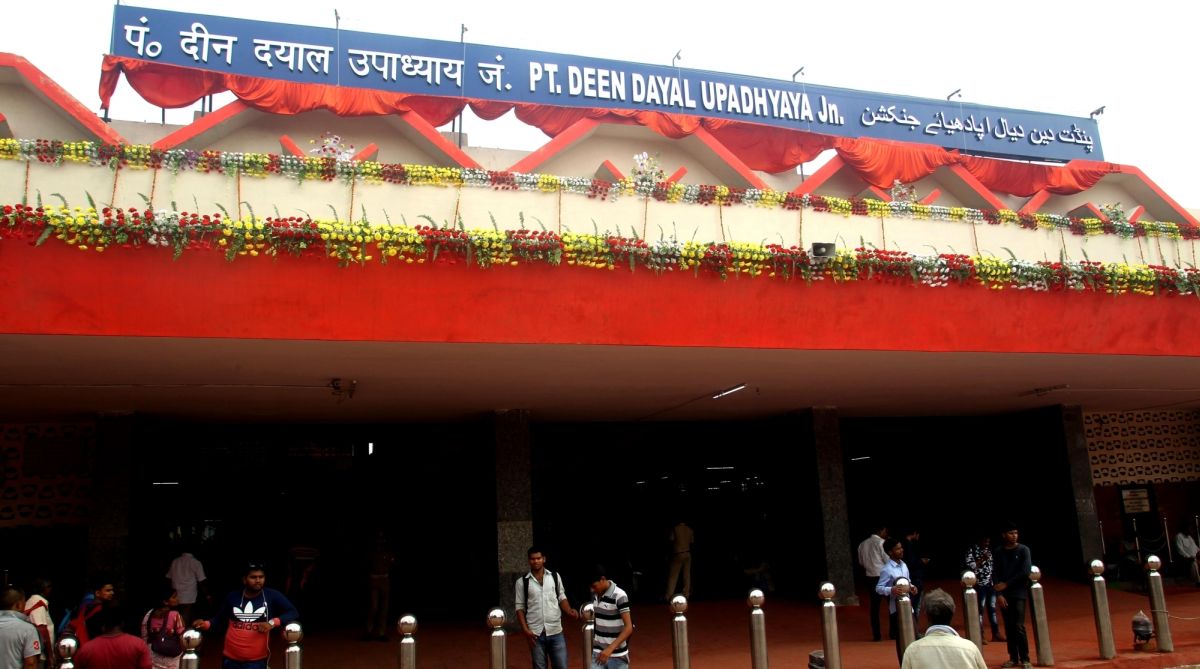 Q : Which is the busiest train station in India?

Q : Which is the busiest railway station in the World?

A : In terms of the highest number of passenger usage, the Shinjuku Station of Tokyo holds the record for being the busiest station in the world.

Q : Which is the busiest railway station in Northern India?

A : Mughal Sarai Station of Uttar Pradesh is the busiest train station in North India. Every Rajdhani train, which runs to and from the East part of India, will halt at this station.

Q : Which is the oldest railway station in India?

A : Royapuram train station of Chennai is the oldest station that is still in use. The oldest stations of the country are Bombay and Thane stations, which are not in use.

Q : Which is biggest railway in the World?

A : World’s biggest railway line is Trans-Siberian Railway, which runs between Moscow and Vladivostok, spanning 9289 km.

Q : Which Indian state has no railway line?

A : Sikkim does not have a railway line. North Bengal – Sikkim track is being constructed as of now.

Q : Which is the fastest train in our India?

Q : Which countries use trains the most?

A : Every year, more than 772.8 billion people use trains in China, making it the largest user of trains. China is followed by India with 770 billion travelers per year.

Q : How many railway stations are there in our country?

Q : How many terminus stations are there in India?