Palace on Wheels is back with a ‘Heritage’ Upgrade

Well known luxury train of all times is Palace on Wheels which scale important destinations in northern part of the country. Crowned several times for its service, decor and hospitality, the train will no longer be on track soon. This classic tour will be continued in a new train with a new itinerary and new style from December 01, 2017. The train is also renamed as ‘Heritage Palace on Wheels’. 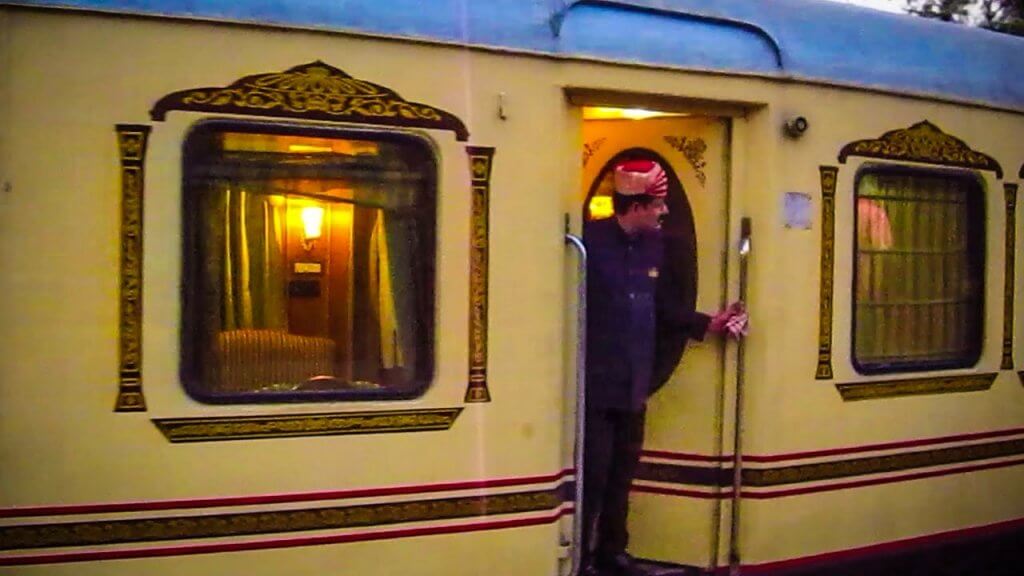 The first itinerary is the standard Golden Triangle route, which covers Jaipur, Agra and Delhi. The second itinerary is said to scale off-beaten exotic places in the country that are not exposed to tourism via rail. According to the consultant general manager of Heritage Palace on Wheels, Pradeep Bohra, the train was marketed at London’s World Travel Mart. He mentioned that the train will run on four different itineraries from December 2017. He mentioned that the second itinerary is a four night tour which covers Churu, Bikaner, Jaipur and Agra. The tour will start and end in Delhi.

Heritage Palace on Wheels will run with the same exterior as that of its predecessor. The Palace on Wheels train has its iconic image for the past 35 years. This image branding will continue with this new train too. The interior is furbished in a new style and a few changes are done to the overall decor. It is said that the train will focus on tourists who are planning to enjoy short vacation for less cost. The cost of an itinerary scaling for four days and three nights is fixed at $300 per night. Palace on Wheels had a tariff that was around $650 per night for the same time scale.

N C Goel, the chairman of RTDC took the decision of including small itineraries. The new train is introduced as the old one is nearing its operational lifetime. With increasing corrosion related problems and others, the train is no longer considered economic to manage or repair.