Nothing can bring that royal touch to any cuisine like biryani. May it be vegetarian or non-vegetarian styled; it always adds a top notch taste to the plate. Any special meal would include biryanis in India. Nawabs of Hyderabad had special cooks in their palaces just for the sake of this dish.

Let us get around the country and pick the best five regional biryanis of the country. Yes, its ingredients change based on the region with respect to special spices and other food items that grow in that region.

As I said earlier, rulers of this region had special liking towards this dish. The saffron and coconut enhanced biryani is the top choice of all dishes in India when it comes to non-vegetarian cuisine. It is made with chicken or meat. There are different types of Hyderabadi biryanis and the best one to try is dum biryani in which the meat is marinated and cooked with the rice in layers of rice and meat curry. The vessel is slowly heated in a bath of sand and a vessel filled with water is placed on the top of the vessel for letting juice of the meat stay inside the dish. There are people who visit Paradise Hotel from different states for this styled cuisine. It is often served with onion and curd called as raita or with chicken based spicy dishes and is not very spicy. 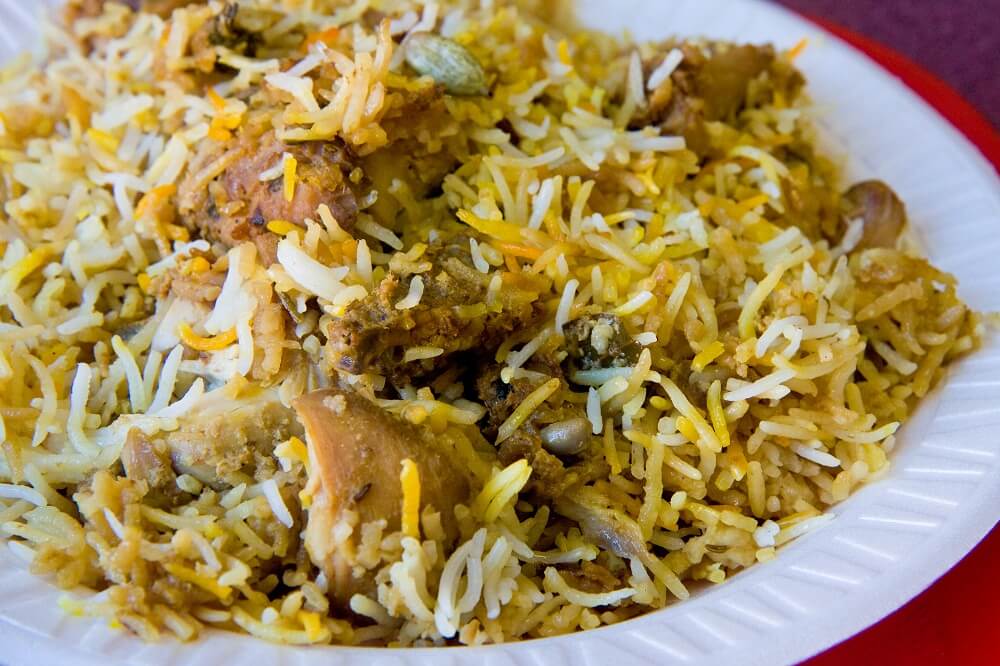 This is the biryani of Kerala. This is the land where cashew and other exotic nuts and spices are seen in abundant. Thus, you can find those ingredients in their style of biryani. Coconut becomes inevitable. The rice and the meat are cooked separately and then placed in a narrow vessel. It is served with red chilly chutney, raw mango or with meat dishes made with coconut. 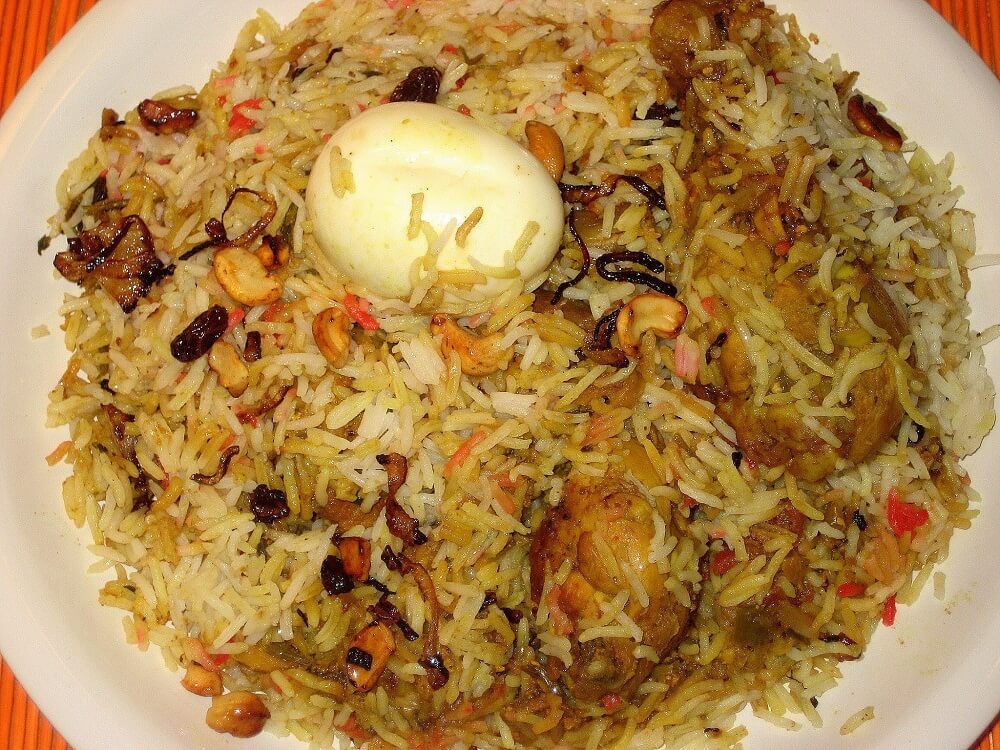 Read More : Top Things to do in Kerala

The cooks for Nawab came from Lucknow region. This shows the connection between Lucknow and biryani. This is also called as Awadhi biryani which uses the same dum technique as Hyderabadi biryani. The only difference is that this will be more colourful and a little extra spicier than Hyderabadi. The best place to taste this style of is Chowk area. Though the area is not very lavish for luxurious eating experience, this is the place for best Lucknowi biryani. 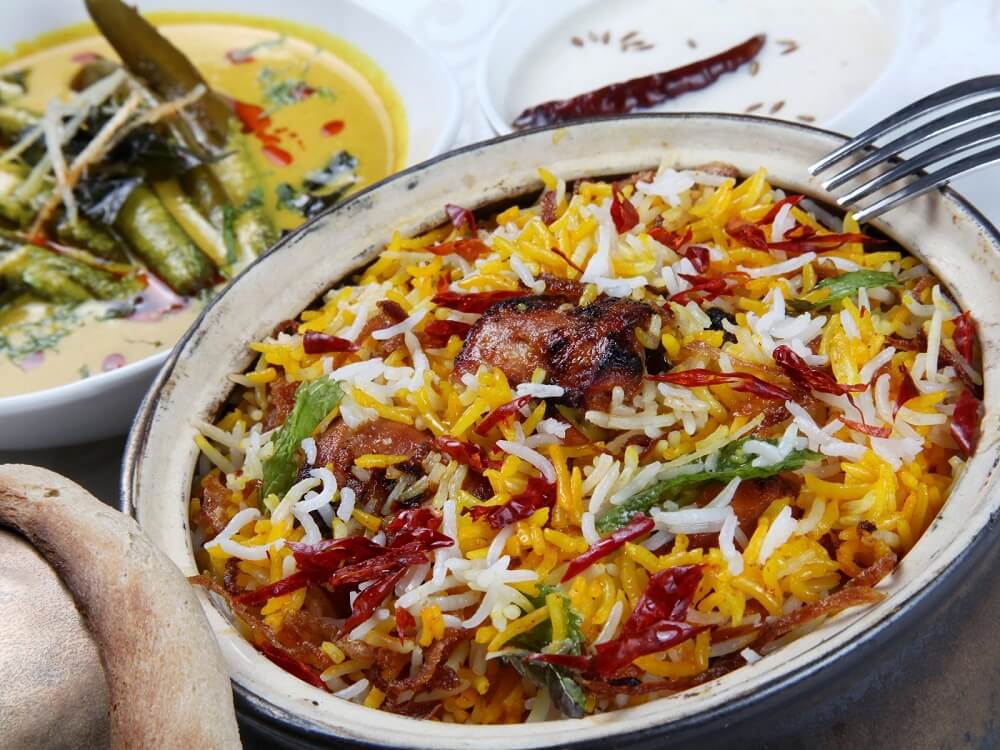 Kolkata biryani uses specific ingredients like rose, egg and potato. This is a small variant of Lucknowi biryani. The meat is marinated in yogurt before being cooked in spices. This curry is later used for making dum biryani. The Awadh royal family of Lucknow was the mastermind behind this version of biryani too. 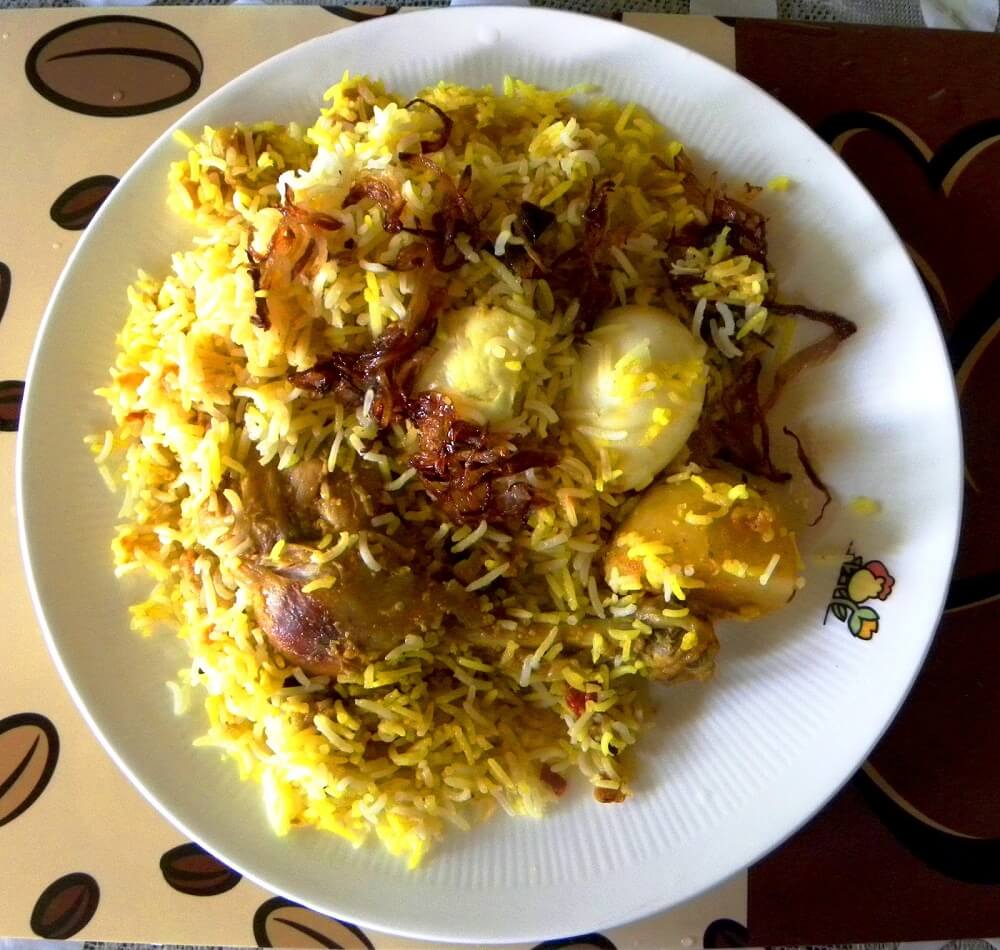 Bombay Biryani is similar to Kolkata biryani as they used potatoes and is spicy to taste. There is a signature taste to this biryani. The preparation is very similar to Kolkata dum biryani but, they use half cooked rice for the dum process. This would make sure that the rice does not stick to each other and the meat would be tenderly cooked with no juice being wasted. The juicy taste of Bombay styled biryani cannot be tasted elsewhere. 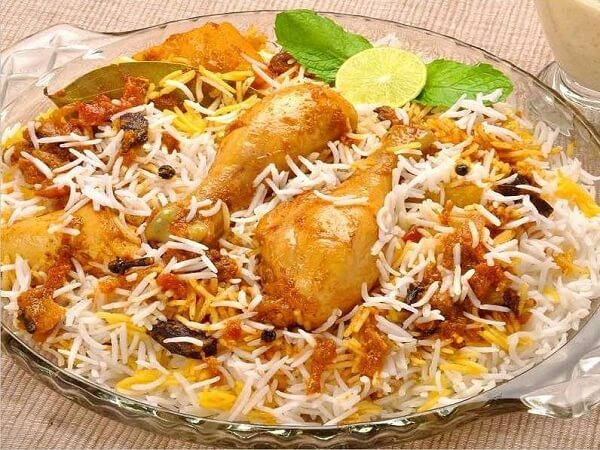 There are numerous other types of biryanis around the country. Starting from meat to mushroom; there are various versions and styles of biryani. When you will take tour to India, check out any authentic shop for their style of biryani.

No Trip Is Complete Without These Five Delicacies In Karnataka