Rameshwaram is located in Pamban Island in Tamil Nadu. It is about fifty kilometres away from Sri Lanka. This can be considered as the tip of India. According to myths, the Indian King God, Ram built a floating bridge on the sea towards Sri Lanka from Rameshwaram to retrieve his wife Sita.

It is a historical place that has connection with a lot of mythology and thus, it goes without saying that it is a pilgrimage place too. You might have been familiar with the place because of the recent news. But, beyond all the political conflicts, this is the best place to enjoy a different type of vacation.

Read here about Top Places to Visit in Rameshwaram that you should not miss.

This is one of the very few temples that have been built in Dravidian style in South India. This temple is said to be built to Lord Ram to get the blessings of Lord Shiva for building the floating bridge. There are no indications about the year in which the temple was built. In 12th century, the king who ruled the land reconstructed it to the current structure. The best feature of this temple is its collection of lingas.

Linga is the structure in which Lord Shiva is usually incarnated. In this temple, lingas are made with varying elements like salt, sand, stone and others. The sand linga is said to be made by Sita. In the ancient times, it was said that about 112 ponds were built inside this temple. Today, only 12 are remaining. This temple has the second largest pillared corridor in the world. The length of this corridor is four thousand feet. This is the best place for those who love stone carving. 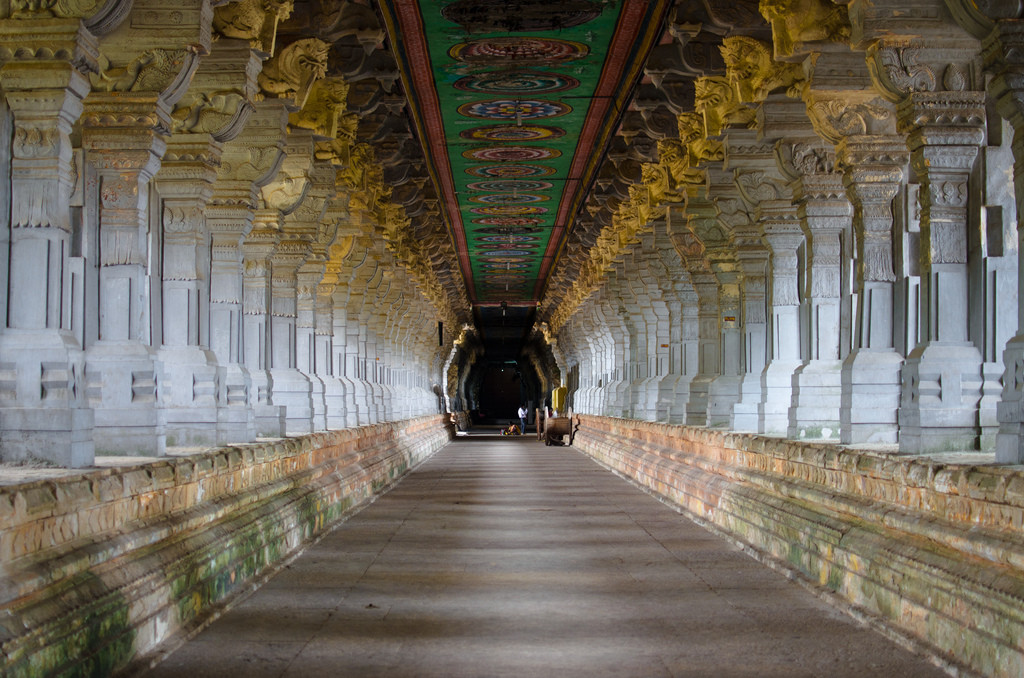 This is a collection of 22 sandy shores where pilgrims can take bath. It is said that Lord Ram took bath in one of the shores to wash away the sins of killing Ravan in the battle. It is said that childless couples get blessed with a child if they take bath here. You need not be a religious person to enjoy Agnitheertham. This is one place where you can enjoy the beach. It is better to avoid full moon day for visiting this spot if you are not a religious person. Because, hundreds of people flock in Agnitheertham during full moon day to perform religious activities and the place will be very crowded. 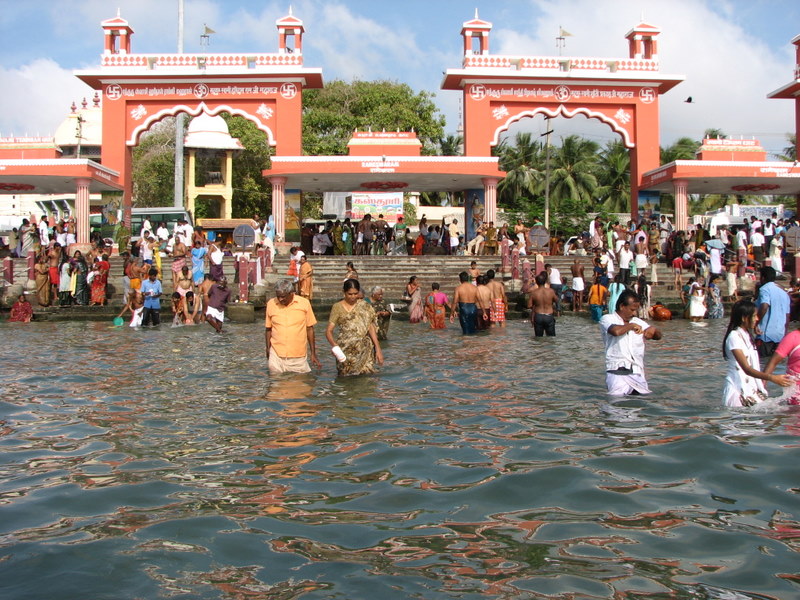 This is a small hill that is a little about 3 kilometres from the centre of Rameshwaram. If you get to the top of the hill, you can get an aerial view of the whole island. On the way to this hillock, you can find a temple for Sugreevar, the Monkey King who helped Ram and a temple of Hanuman. It is said that this is the place where Hanuman delivered the information about Sita to Ram.

The most important temple of Hanuman in this land is the four faced Hanuman temple in which the idol is made out of Vermilion stone (2 km from the Ramanathaswamy temple). This is a famous temple. Apart from these, there are many other temples on the way. If you like cycling, you can take a ride through the village around the temple in the early morning. 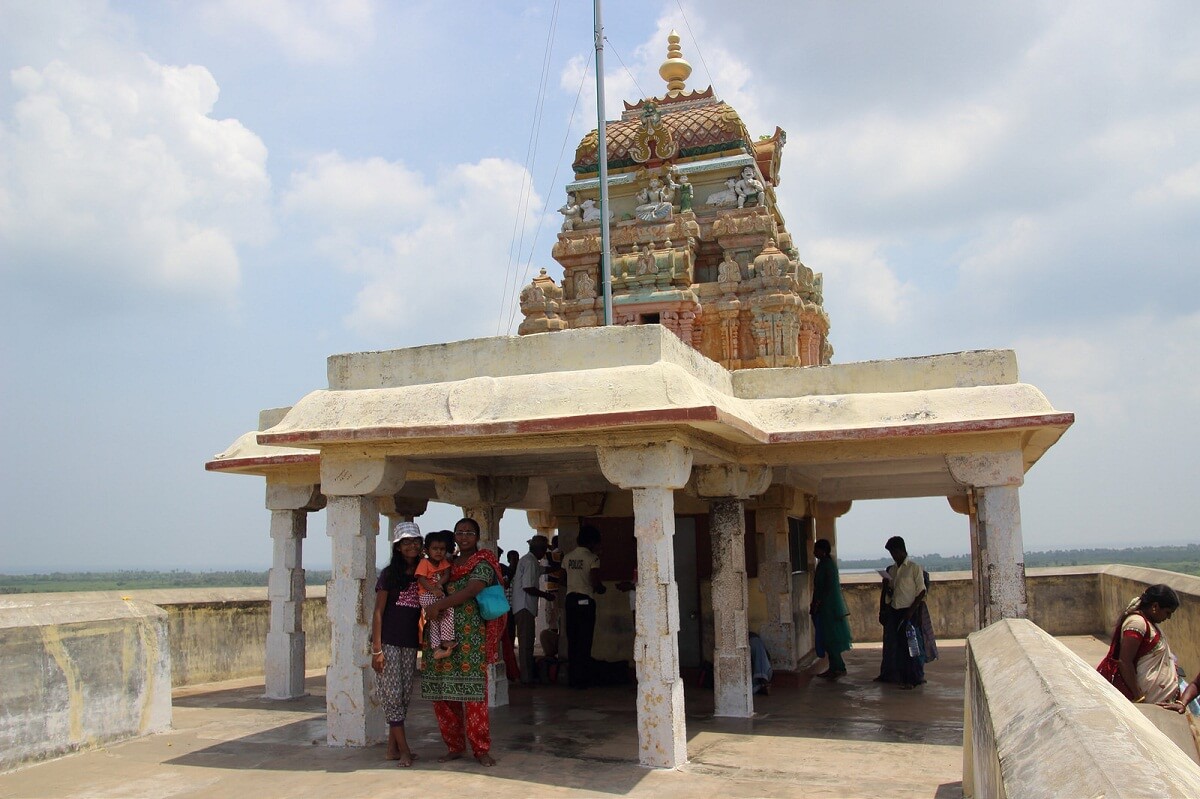 Dhanushkodi is the spot from which the floating bridge starts. It is about 2.5 kilometres from the Ramanathaswamy temple. It is a very famous picnic spot to see the sunset. At the right season, you can find a lot of migration birds here. Dhanushkodi is the meeting spot of Bay of Bengal and Arabian Sea. Most of the place was reclaimed by the sea during a cyclone in 1960s. What remains today is just one kilometre wide and about eighteen kilometres long. People visit the remains of the ruined city even today.

The most important attraction is the Adam’s bridge or Ram Sethu bridge or Ram bridge. According to myths, this is the connecting bridge that Lord Ram built to reach Lanka. Geographically, it is a limestone collection that is several million years old and has many reefs in it. Until 15th century, this bridge was used by people to reach Sri Lanka.

Later storms pushed the bridge below the sea. It was said that, the bridge was completely above the ground until the cyclone pushed it down. It is said that it has a chain of coral reefs, earth’s crust and others that were broken from the main land of Sri Lanka during the continental drift. No matter which origin you believe, it is a wonderful site to look at the spot. You might not be able to see the bridge as it is submerged now.

This is the bridge that connects the island to the main land of India. It is the longest bridge on sea in the country. It covers about 2 km over sea and the whole island can be viewed from this bridge. The bridge as a whole is not much of an attraction. But, the view from the bridge is magnificent. You can enjoy a boat ride near the bridge. Years before, you can enjoy a glass bottom boat. Now, it has been stopped by tourism department. Now, you can have an ordinary boat ride. If you want to watch the Adam’s bridge, bring an umbrella. You can see the bridge only in shade. 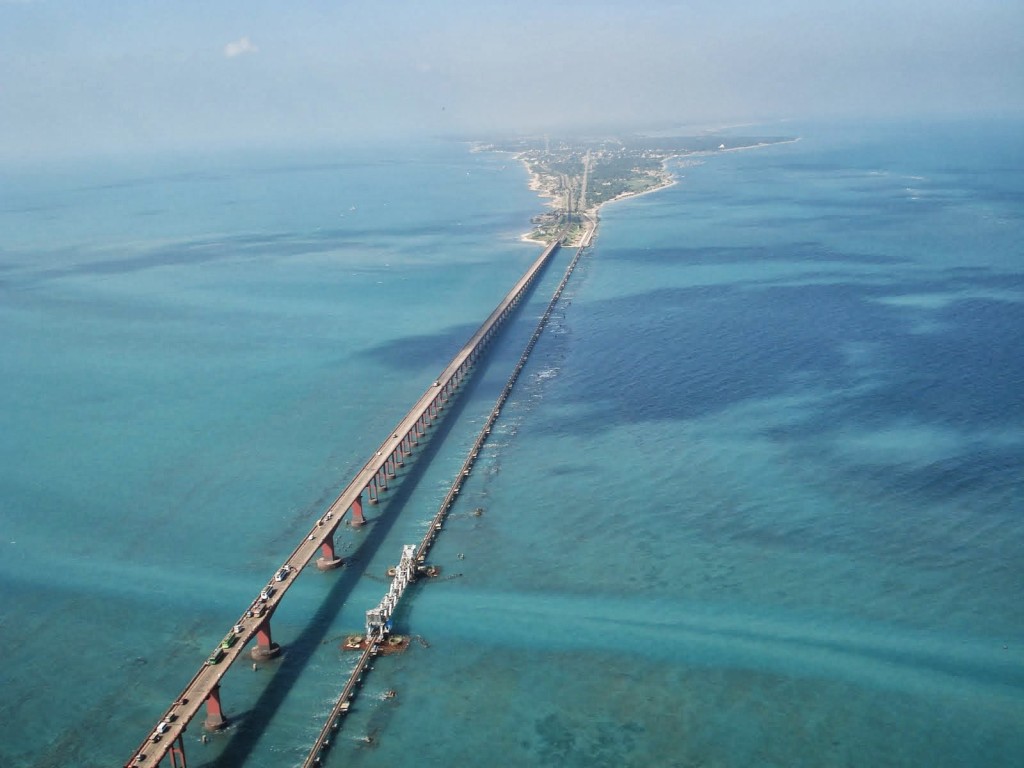 Apart from these, there are a few other religious places in Rameshwaram that is worth visiting for the architectural element. Mini Truck ride in Dhanushkodi is another interesting activity. You can buy a lot of items as souvenir from Kalam Sea mart. This is the place to visit if you want to enjoy a historic and nature filled vacation.

Also Read : Best Route to Travel from Rameshwaram to Kanyakumari