Madhya Pradesh is the heart of the country. It is the second biggest state in the country and has the most number of ancient places than any other state. The architectures of human era before documentation are also still found in this state. Here are the top attractions in Madhya Pradesh.

This is the capital of the state. It is also called as the city of lakes. This city has a lot of natural and man-make lakes. You can find a lot of water related activities in this city. The most common lakes of this city are the upper lake, lower lake, Bhadbhada Dam and many others. Other attractions in Bhopal include the Gohar Mahal, Taj Ul Masjid, Bhojpur and Minto Hall. The national museum of mankind, Birla museum and the state museum have various and unique exhibits. 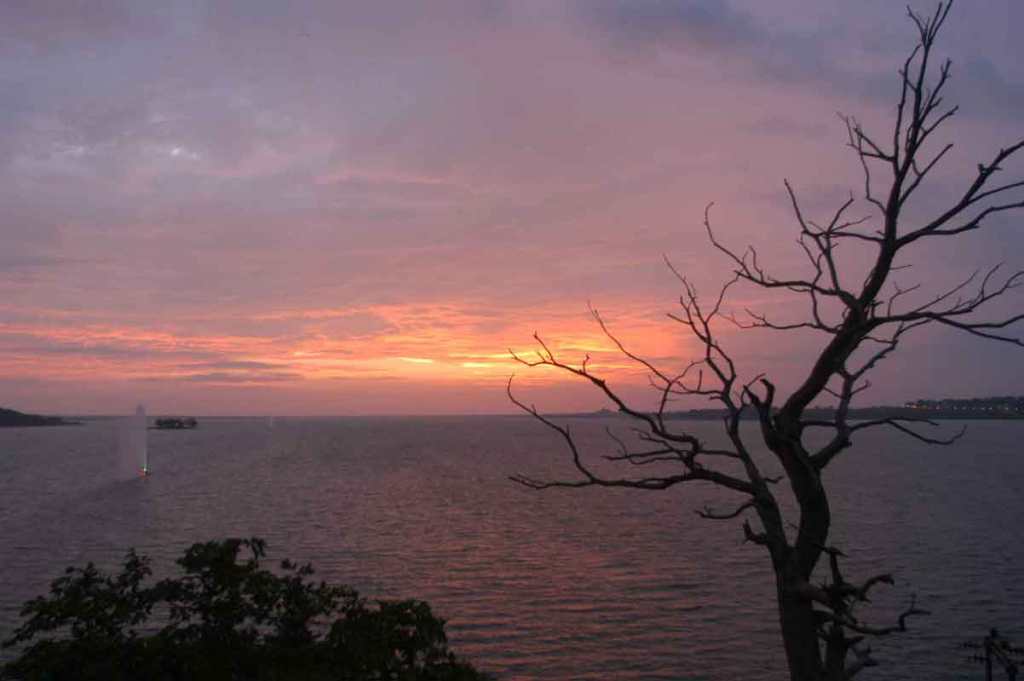 The Gwalior reign is known for its bravery and architecture. The Gwalior fort is a stunning architectural marvel that was built about thousand years ago. There are a lot of stone carvings that are one of a kind. There are a total of six palaces and about three temples inside the fort. Apart from this, the sun temple is an important attraction in Gwalior. The garden of sun temple is an attractive one. Jai Vilas is a palace that was built in the 19th century. One of the halls in this palace is decorated with gold leaves. The largest chandelier in the continent is found in this palace. The palace is now a museum and is open to tourists. A memorial for Tansen (Akbar’s court musician) is an example of Mughal architecture. A lot of music festivals are conducted in this building every year. If you want to find some migration birds, choose the Tigra Dam. Apart from these, there are a lot of other attractions in Gwalior. 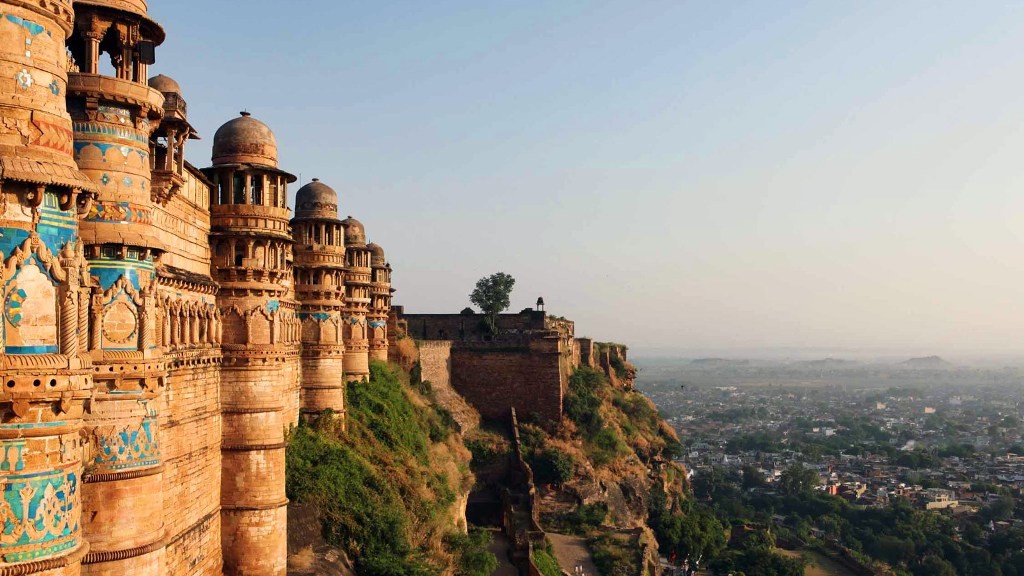 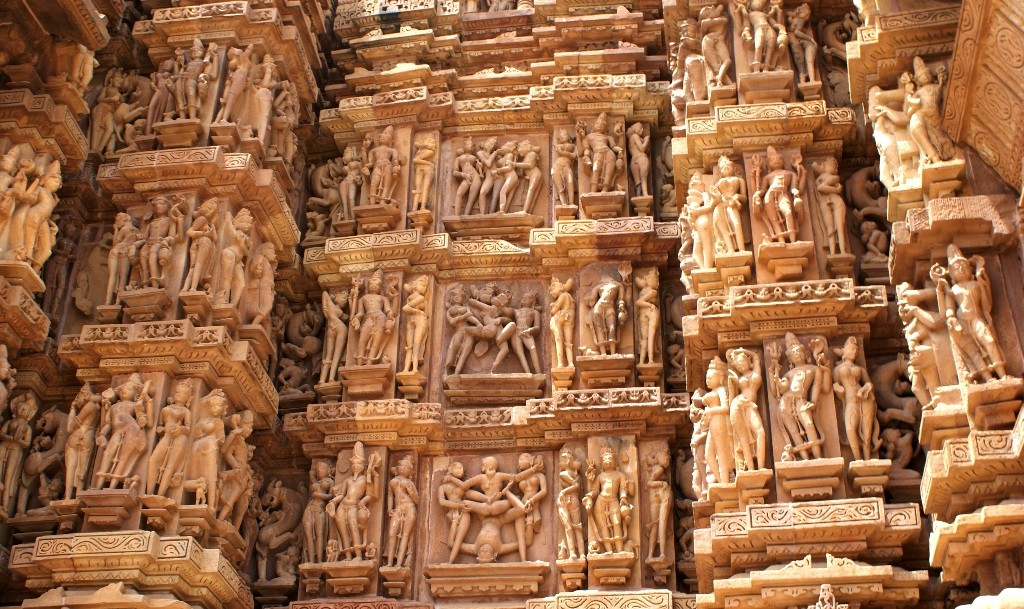 Read More : Tourist Attractions You Will Never Know About Khajuraho

Ujjain is known for Kumbha Mela, a festival that happens once in every twelve years and millions of people gather here for taking a holy dip. The Shri Mahakaleshwar temple is a temple that was built in the prehistoric period. The courtyard in this temple would be filled with devotees during the shivrathiri. Kal Bhirav temple and Chintaman Ganesh temple are the other famous temples in Ujjain. Kalideh palace, bhartrihari cave, Jantar Mantar and Mandir museum are a few attractions in this city. 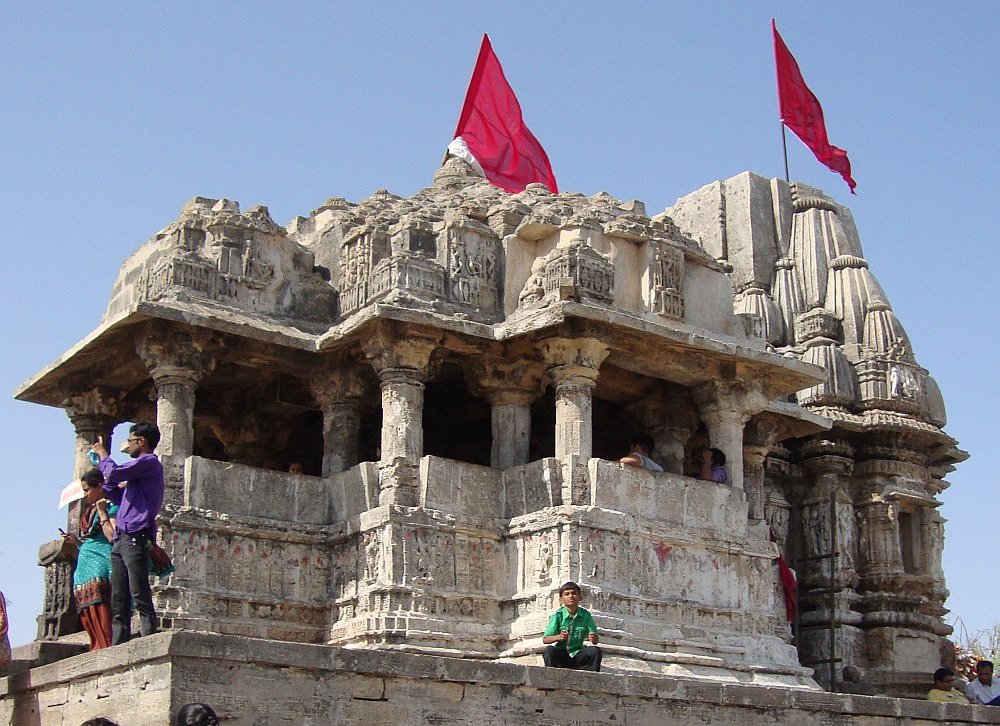 If you love nature, you got to visit Jabalpur. It is a famous destination that has natural beauty and monuments that represent historic events. There are evidences for human existence that date about 300 BC. Dhuandhar waterfall is one of the holy waterfalls in the country. The stones in the waterfall are marble rocks. Boating is also available in this waterfall. About 25 km away from Jabalpur, you can find Bhedaghat on River Narmada. It is a 100 feet glittering land mass made of marble. If you opt for boating at night, you can see the whole land mass glittering in the dark. Madan Mahal is an 11th century fort that was used as a watch tower. Balancing rock is a local wonder. A large stone balances on a large mass with a small contact point. Even an earthquake with a 6.5 magnitude was not able to move it. Dumna Nature Reserve is an eco tourism spot. There are a lot of animals like spotted deer, jackal, porcupine and others. You can also find migration birds here. Apart from these, you can enjoy Chausat Yogini Temple, Rani Durgavati Museum, Bastar Palace and others. 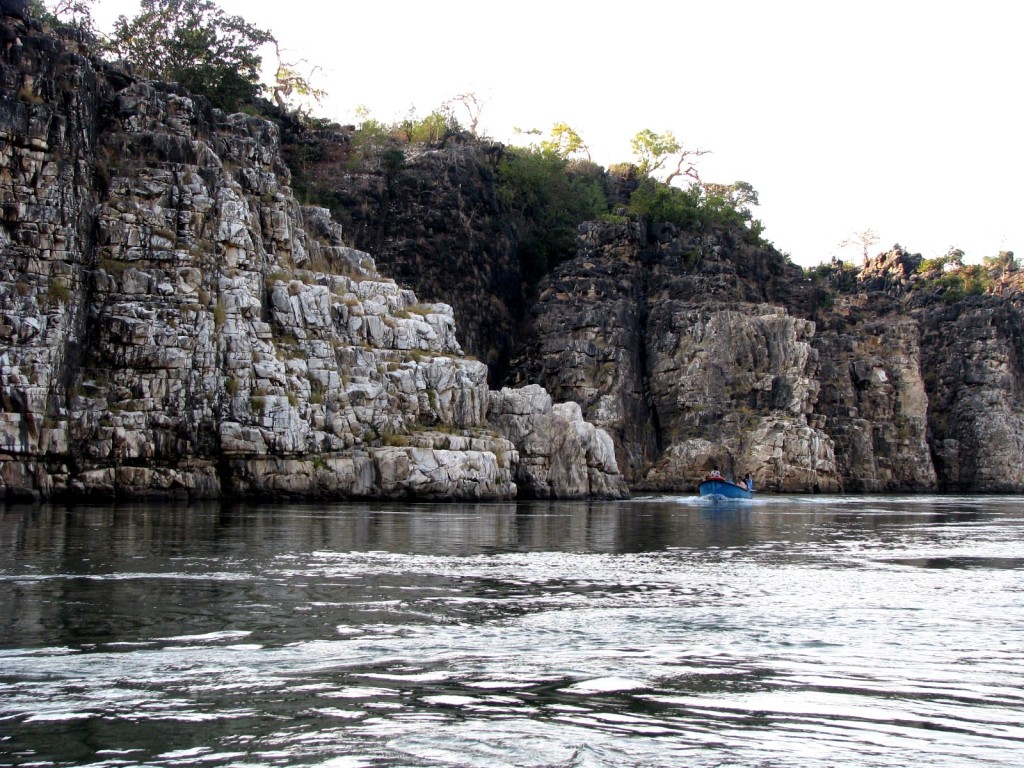 Starting from the oldest stone structure to caves, this place has a lot of attractions. The 3rd century BC stupa is the world’s oldest one. It was built by Ashoka and is now a heritage spot. Udayagiri caves are a group of about 20 caves that have stunning stone carvings that are made in 4th century AD. A huge sculpture of the lion god, Narashima, can be seen in the top of the hill. The 3rd century Ashoka Pillar is still standing proud and polished. This was a symbol that was erected by Ashoka to indicate that he has declared an end to war and violence. 5th century Gupta temple, museum, the great bowl, Vihara and many other attractions are found in Sanchi. 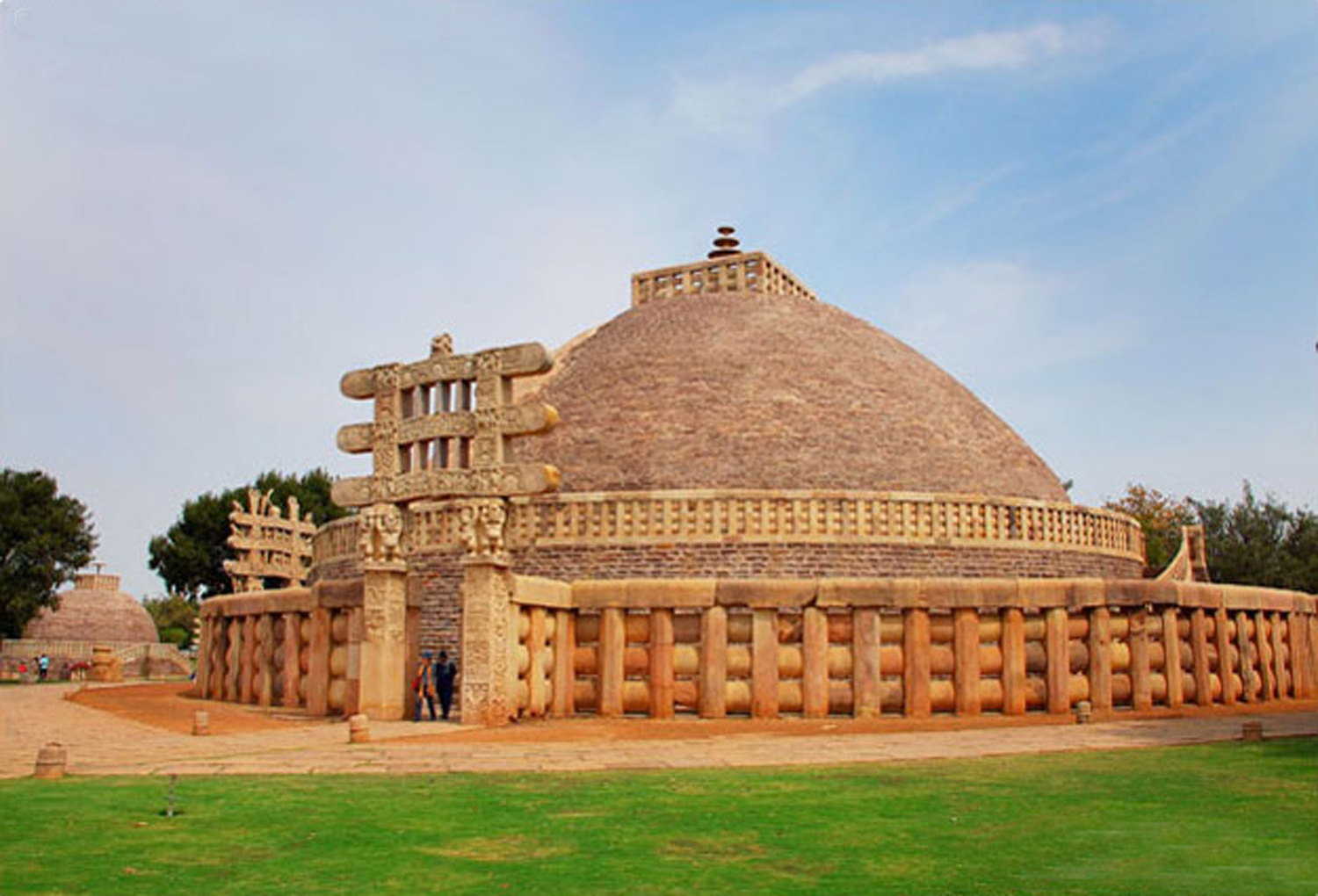 Orchha is the capital of Rajputs. Thus, it goes without saying that you can find a lot of wonderful architectural marvels in this land. The Orchha fort still stands as a proud reminder of the Rajput kingdom. There are about three palaces in this fort. The view from the balconies of these palaces is magnificent. Inside the fort, you can find a temple where Lord Ram is worshiped as a king. 17th century Chaturbhuj temple is an architectural marvel. If you visit this temple, visit the top most floor of the temple. Jhansi fort is another fort that was built out of a rocky hill, about 400 years ago. This fort covers about 45 acres and is one of the best forts in the country. The wild life sanctuary, chhatris, Dinman palace and various temples and forts are found in this place. Apart from these, the city has a scenic beauty and lush greenery. 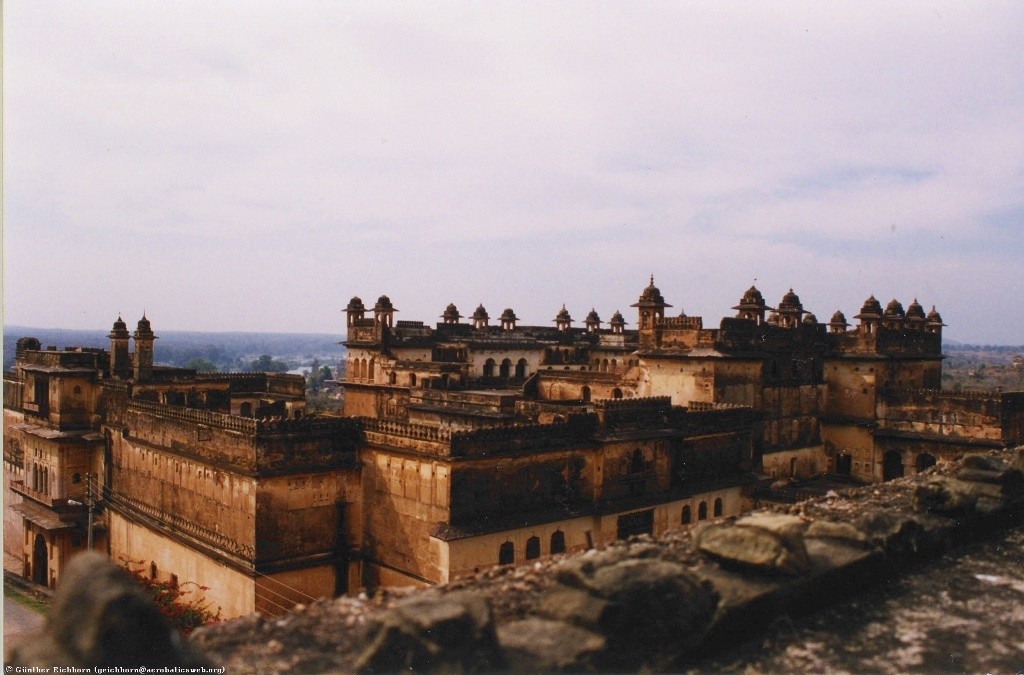 Do you want to visit this historic place? You need not wait for the right season. You can always find this land at its prime beauty. The most important factor is that the people here are very friendly and would be ready to explain the history of each place with pride. Apart from these, there are a lot of other places that are tourism magnets in Madhya Pradesh.