10 Reasons to Visit the Great Uttarakhand 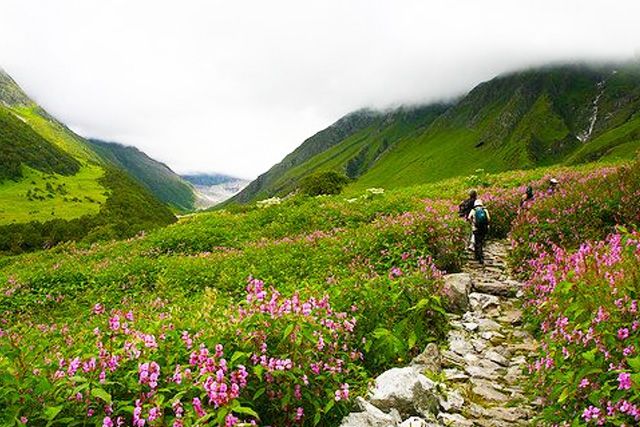 Uttarakhand is generally known as the "Land of gods". There are many Hindu temples in this place. There are 13 districts in Uttarakhand which are collected into two divisions. This area is located in the slopes of the Himalayas has transnational borders with China (Tibet) in the north and Nepal in the east.

The tourist will fall in love with the mountainous scenery. Uttrakhand is famous for its religious places and char Dham yatra.

Here is the reason to visit Uttarakhand

In Rishikesh Yoga is the prime purpose to visit this beautiful town. Rishikesh is also known as “The Land of God” and is one of the sacred places in India that sees a high number of yogis every year. There are various activities than can enjoy by visitors which includes bungee and cliff jumping, body surfing, river rafting along with the beautiful places and prevalen magnetism such as Ram Jhula, Laxman Jhula, Rajaji National Park etc.

The finest period to plan a holiday Rishikesh for River Rafting is from the end of September to the middle of November and then the best time to visit Rishikesh is from March to the first week of May.

2. Visit To Lake District Of India

Commonly known as the “Lake District of India”, Nainital is unique and the utmost attractive hill stations in North India. It is bounded by mountains on three sides. Nainital is located nearby the beautiful lake Naini Tal. Nainital has resultant its name from the Goddess Naina.

The finest period to visit Nainital is from March to June. A trip can be planned for the snowfall fans from the end of November to February.

3. Visit To The Home Of Regal Bengal Tiger

The Jim Corbett National Park is the home of the regal Bengal Tiger. If people love bird observing then Corbett is a simulated harbour for such tourists. In addition, this park is the home of numerous native and rare species. It is the sole national park in India in which visitors can stay at night.

4. Visit To Queens Of Hills (Mussoorie)

Mussoorie is one of the most popular hill stations and described as Queen of the Hills. It is a fascinating haven for leisure travellers and honeymoon couples. The mall road of this place is famous among all the hill station along with the most remarkable sights of the Himalayas.

The holy River Ganga is visible from one end of the edge and the Yamuna at the other edge. This hill station has enticed by famous Bollywood actors like Amitabh Bachchan. It is India’s third place devising wax museum.

The Nanda Devi is the most huge and beautiful mountains in India. It is the second-highest top in India and the 23rd highest peak in the world. The people can enjoy the Nanda Devi Trek in the middle of the resplendent biosphere of The Himalayas.

Nanda Devi East Base Camp is the closest to reach by a trekker to admire the beauty of Nanda Devi and Nanda Devi East peaks. The ideal time to travel to Nanda Devi National park is in April to June and from September to October as throughout these months the weather remains enjoyable.

Valley of flowers is between the Zanskar Valley and the Great Himalayas, the Valley of Flowers is known for its range of flora particularly find here is the alpine flowers. The soft and serene landscape of the valley provides a glaring divergence to the rocky landscapes of the nearby mountains. It is a World Legacy Site as recognized by UNESCO under its World Network of Biosphere Reserves.

It is also known as Devbhoomi and is famous for its tourist sites. People came here the most holy pilgrimage of the Chaardhaams, the four memorials of Gangotri, Yamunotri, Badrinath and Kedarnath. Panch Prayag, where River Ganges meets its streams at the five sangams. It is good to plan a journey around the time of the Kumbh Mela held in Haridwar.

Uttarakhand has many hill stations for the honeymoon couples. Commencing from the valleys of Dehradun to Kempty Falls at Mussoorie, there is a lot for the passionate couples to enjoy in Uttarakhand. Daring personalities can choose for skiing. When the wonderful rays of the sun hit the mountain peaks, than the place lights up the place in a romantic radiance.

Each and every main carnival is celebrated with unlimited dedication in Uttarakhand. Commencing from the boundless Kumbh Mela in Haridwar which is held after each 12 years embarks the festivity of the River Ganga, one can indulge in many festive celebrations here.

The Ganga Dussehra marks the ancestry of Ganga to earth and the festivities continue for 10 days. The additional main festival is Mahashivratri, which is celebrated the convergence of Shiva and Shakti. Newlyweds couples from all over and especially New Delhi visit this place.

Must Read : Festival of Uttarakhand

It is a land of unlimited spiritual and traditional diversity. From Buddhist Monasteries to Sikh Gurudwaras, the traveller has a lot to see and explore in the region. The Hemkund Sahib Gurudwara in the Chamoli District is a magnificent religious site, enclosed by seven mountain peaks and a glacial lake. The Mind rolling religious foundation of Tibet was re-established in India by a small group of monks in Dehradun and is a famous Buddhist place of worship in the city.