Chittorgarh Fort Rajasthan - One of the Largest Forts in India

Chittorgarh Fort or Chittor Fort is a heritage site, famous for being one of the largest forts of the country. This fort is located in the Mewar region of Chittorgarh, Rajasthan. After walking round one kilometer on a bridge, you will see yourself in a six-gateway fort occupying a large portion of the plateau. The rest of the plateau is almost barren except for a few temples and a rusted loop road that runs through the region. There is so much to explore in this rock island and many legends to hear. Almost near crumbling, the fort holds many unparalleled structures that everyone should visit before it goes into dust with passage of time.

The fort was called as Chitrakut and was built by the local ruler Chitragada Maurya. According to legends, the fort area was created with Bhima (one of the Pandava brothers of Maharabharata epic) hit the ground hard. The spring appeared due to the effect and the fort was built later on. In the 8th century, the fort was taken into control by Guhila ruler. Later, it went from hand to hand between the rulers.

The height of popularity of the fort was in 14th century when Alauddin Khalji led a large army to capture the fort. It is said the Alauddin caught a glimpse of Queen Padmini’s reflection on a series of mirror and was impressed. For the sole purpose of capturing her, he decided to capture the fort. It is said that he waged a war for 8 months, before capturing King Ratnasimha, consort of Queen Padmini.

Unfortunately, when Alauddin entered into the fort after capturing it, all the women inside the fort along with Queen Padmini jumped into fire and committed suicide. The men of the fort also killed themselves with their swords. Later, Alauddin handed over the fort to his son, Khidr Khan. Later, the fort went into the hands of several kings before coming under Rana Kumbha in 15th century. The fort flourished during this reign. 84 structures were built inside the fort for its defense. Later, in the end of 16th century, the fort fell into the hands of Sultan of Gujarat. It is said that a similar mass suicide happened in 16th century when the Sultan captured the fort. All the Rajput women fell into fire and men killed themselves to avoid becoming slaves for life. Later, it was conquered by Mughals and remained under them, until British took over the whole country.

Know About : Why Visit Rajasthan – The Land of Rajputs

The fort is fish-shaped and covers 5 km in length and 13 km in circumference. The fort can be approached by a bridge, which spans for one kilometer. It is made of limestone, covering the Gambhiri River. The fort covers 65 historic structures, which include four palaces, 19 large temples, 20 water bodies, 4 memorials and a few victory towers.

This palace was built by Rana Fateh Singh. Today, it holds a small museum and a local school for the children who live in the villages around the fort is found closer to the museum. 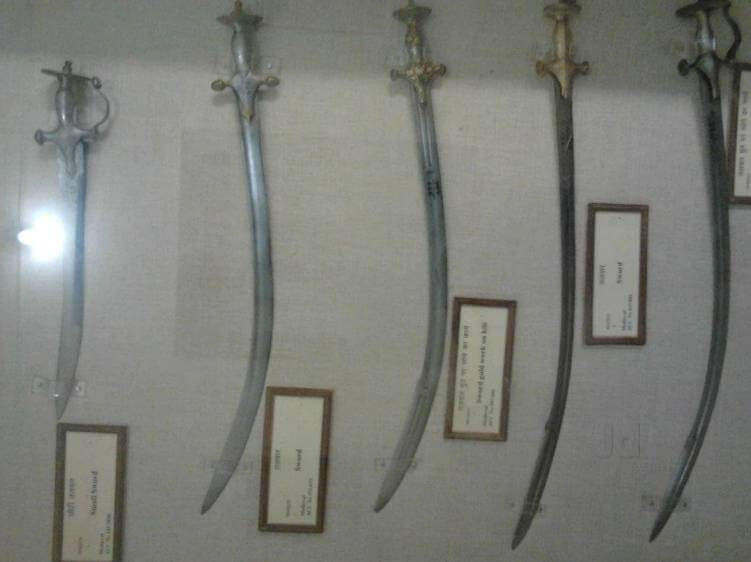 This temple is considered to be one the sacred temples during the past. Very close to the temple, you can find cannon foundry, with a few cannon intact, until date. 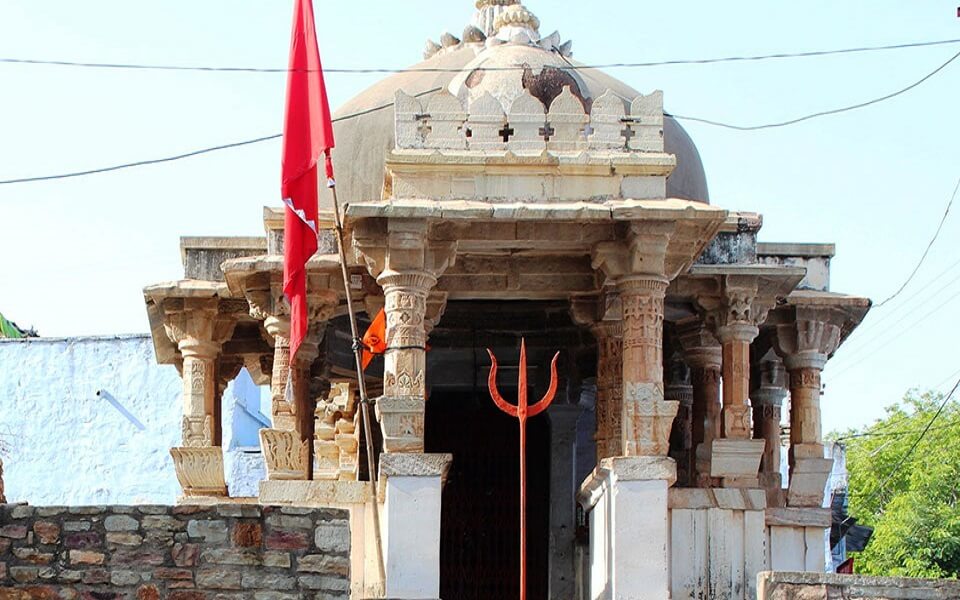 These two temples are located inside the southern palace of the fort called, the Rana Kumbha Palace. 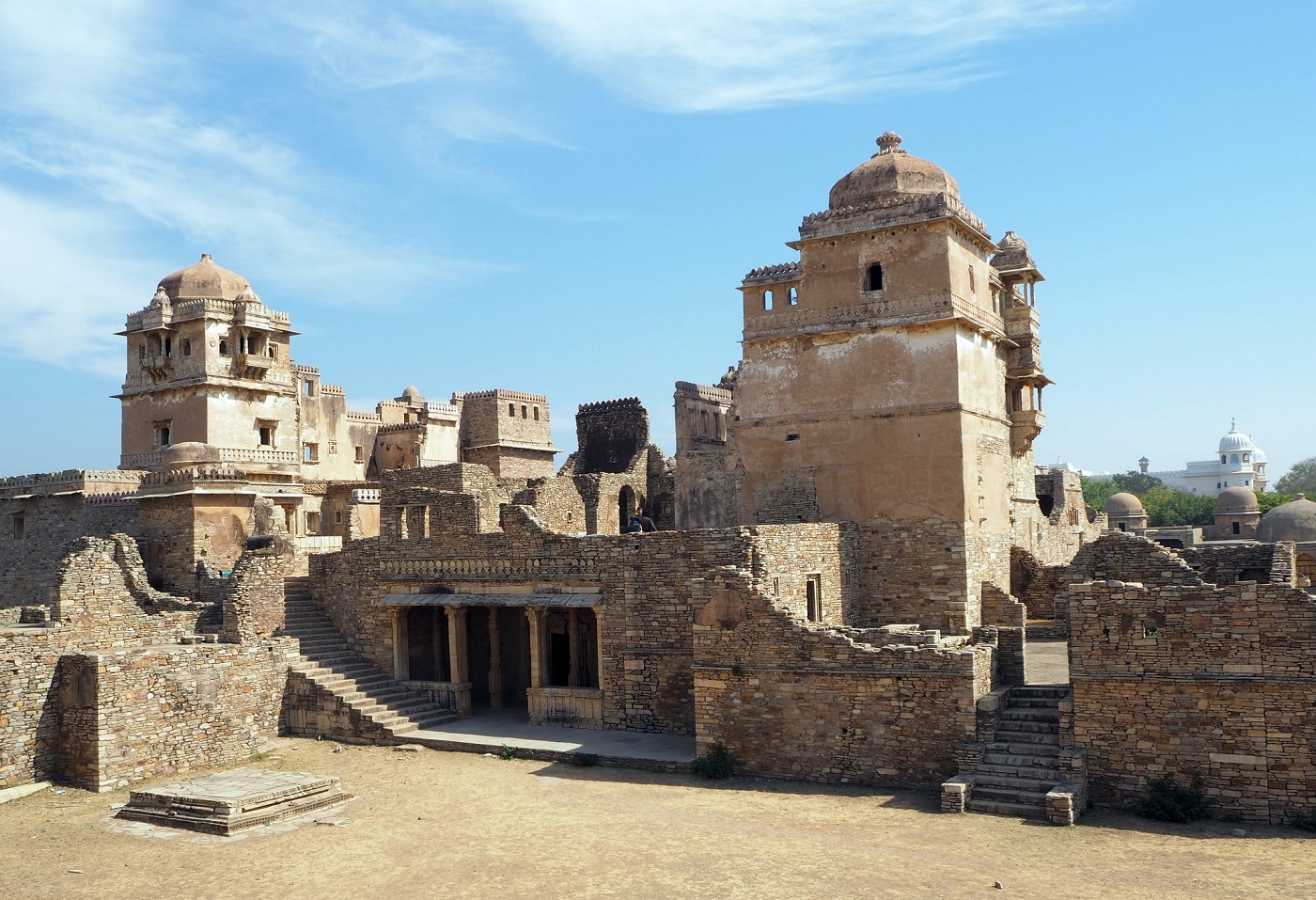 These temples are built in ancient Indo-Aryan style of architecture. The Meera temples is the smallest one and is dedicated to Meera bai, a devotee of Lord Krishna. 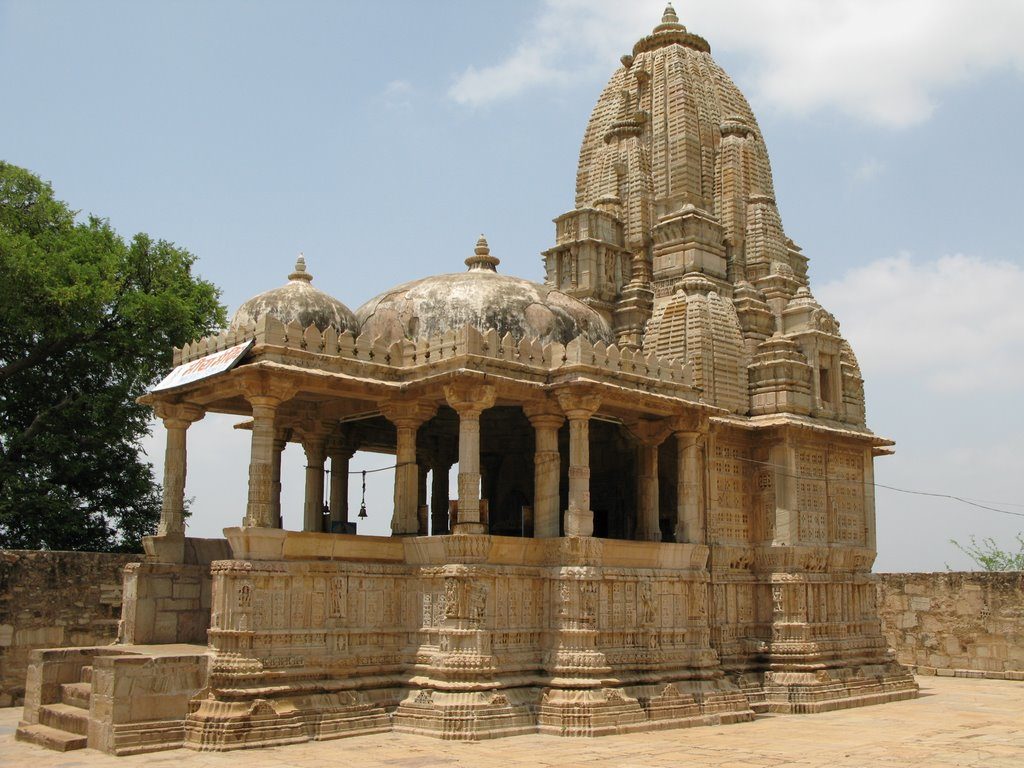 The Kumbha Shyam temple is dedicated to Lord Vishnu. This temple is famous for carvings and 15th century illustrations. 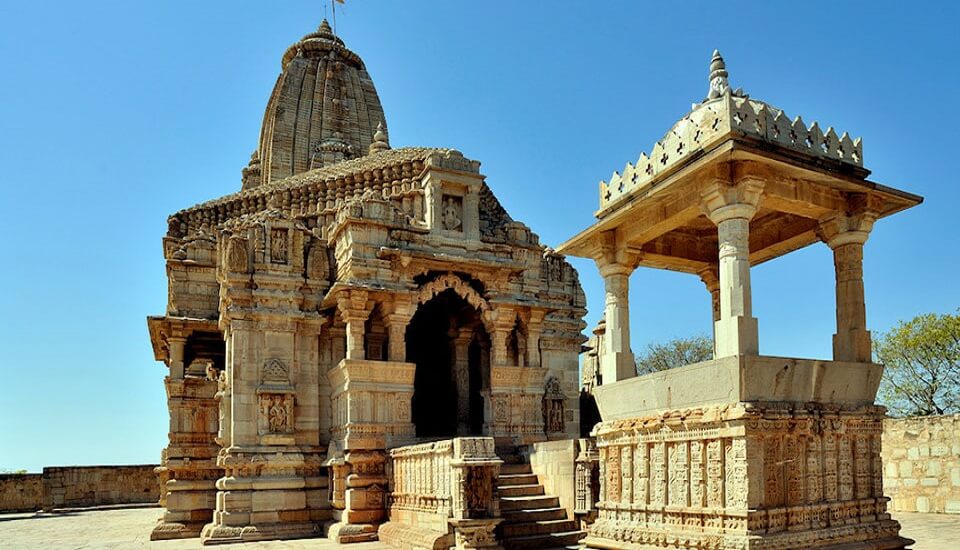 Do you want to visit other temples of Rajasthan? Choose one of the featured tour packages from Travelogy India

Must Read: 13 Most Popular Folk Music and Dance of Rajasthan

This is a 15th century tower built by Rana Kumbha to celebrate his victory over Malwa’s Mahmud Khilji. The tower is dedicated to Lord Vishnu. You can find staircase in this tower. If desired, climb 157 stairs to reach the ninth floor to get a good view of the fort. 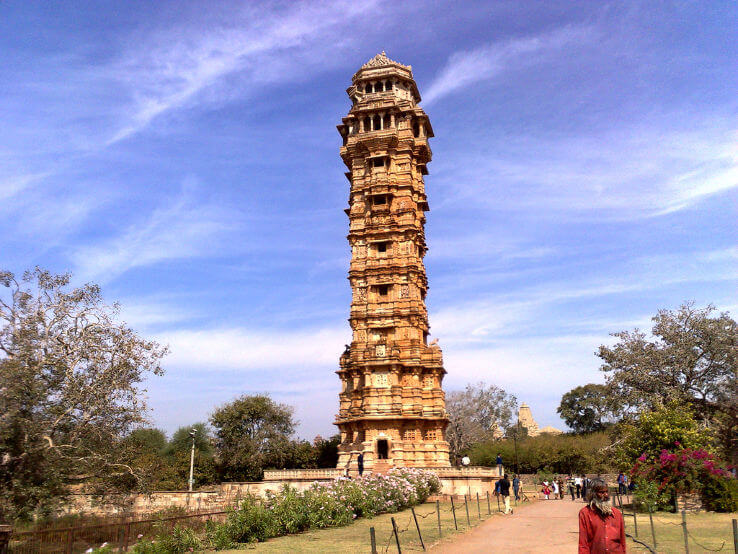 To the southwestern region of the tower, you can find many stones. They represent the ground where 13,000 women committed jauhar (royal suicide) by jumping into the fire in 16th century. 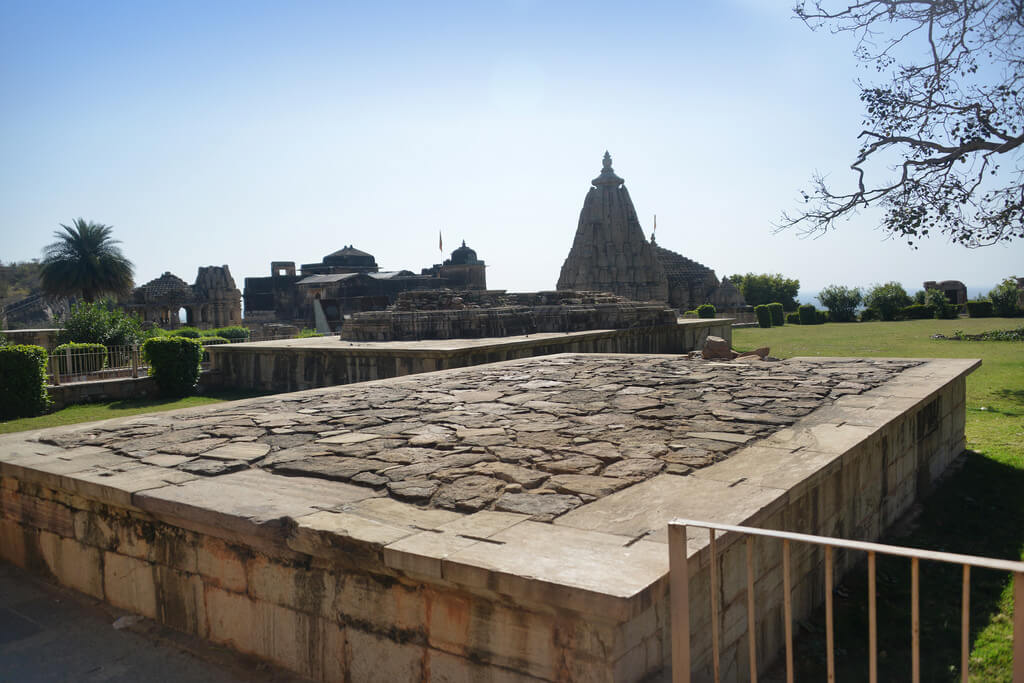 A small temple, Samidheshwar Temple of 15th century is also found close to the tower. This temple is famous for holding three-headed Shiva. 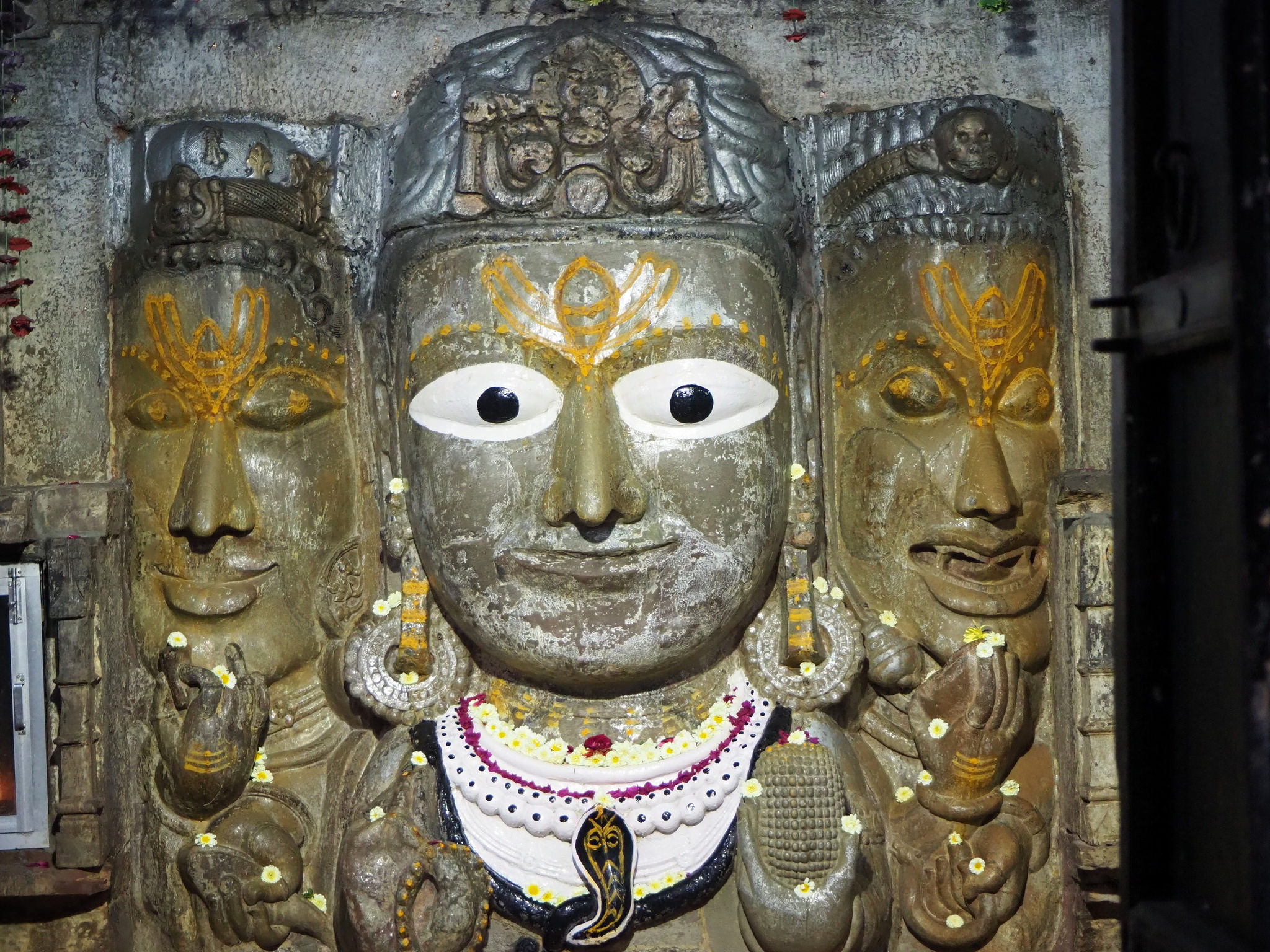 Beyond the Samidheshwar temple, at the end of the plateau cliff, you can find a tank. Today, it is an important tourist attraction among children, as they get to feed the fishes in the tank. In the past, it was an important water source of the fort, getting water from Gaumukh spring, which flows along the side of the cliff. 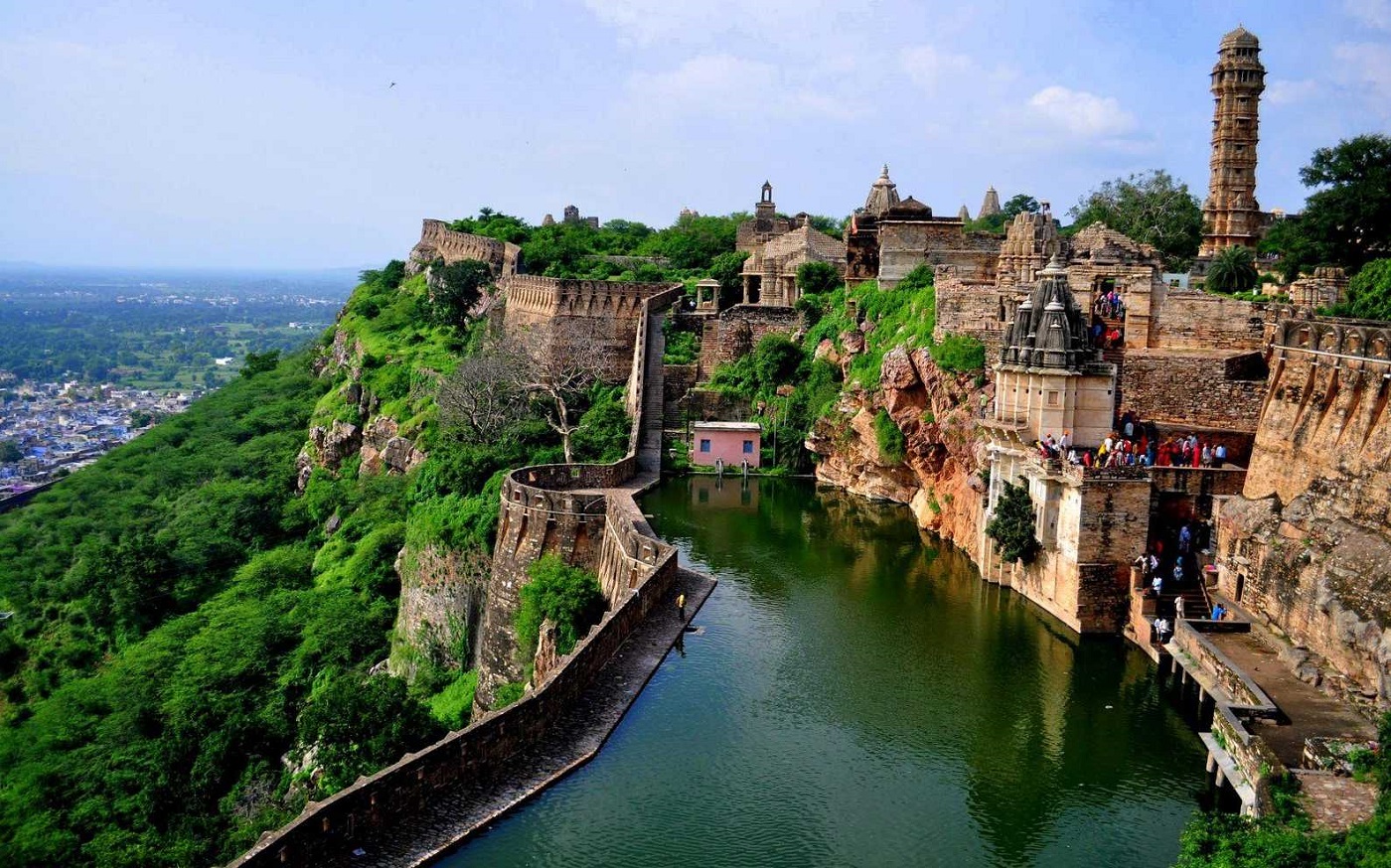 Towards the south of the fort, you will find an 8th century sun temple, Kalika Mata temple. This temple was later dedicated to Goddess Kali. A little away from the temple, you can find the palace of Queen Padmini. It is said that the gates of this palace were later taken by Akbar for his Agra Fort. 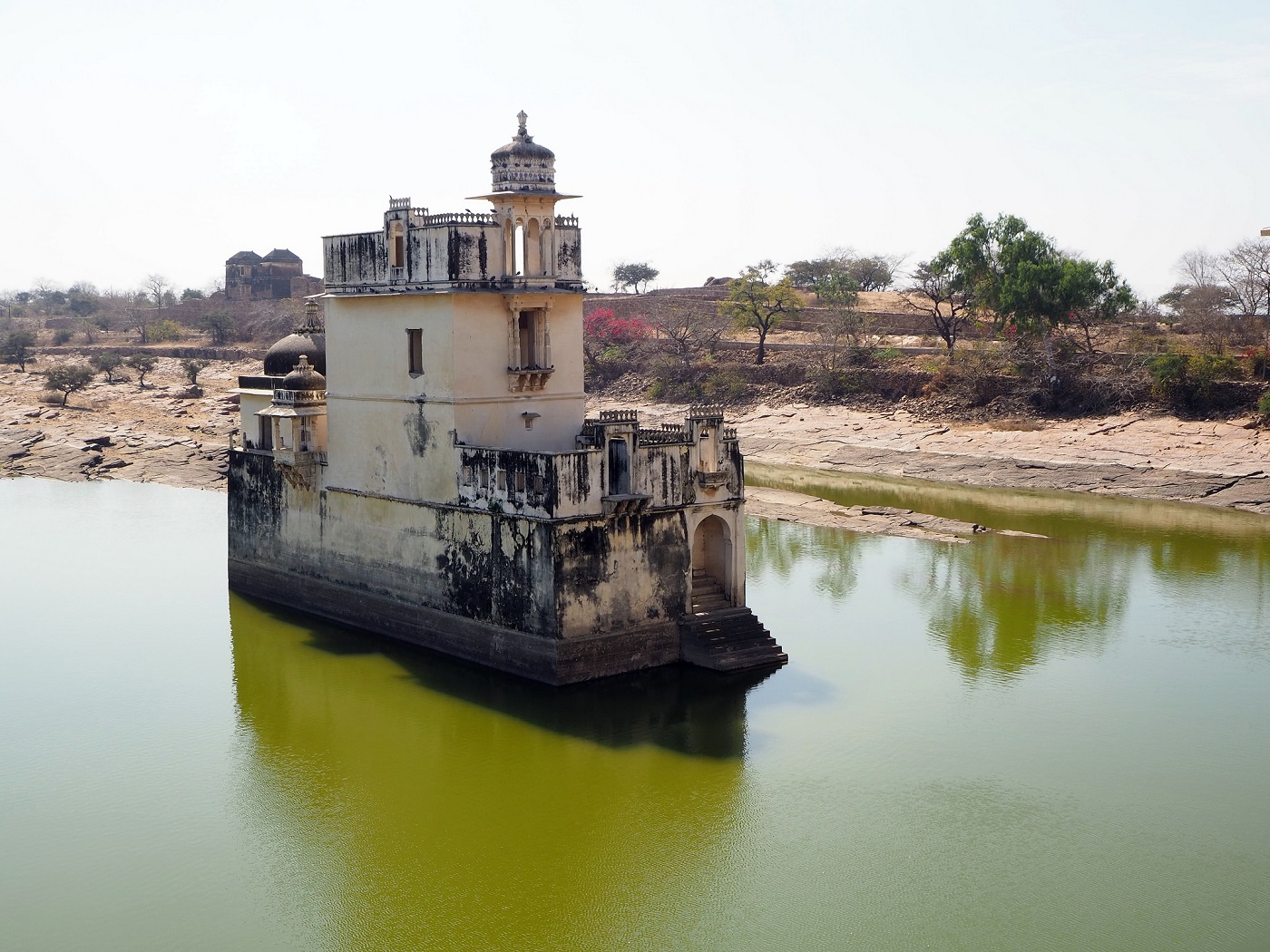 Do you want to explore more palaces in your vacation? Choose our heritage site packages of Rajasthan like:

Pol means gate. Surajpol is the eastern gate of the fort. It is the main entrance of the fort and gives a great view of the plains. 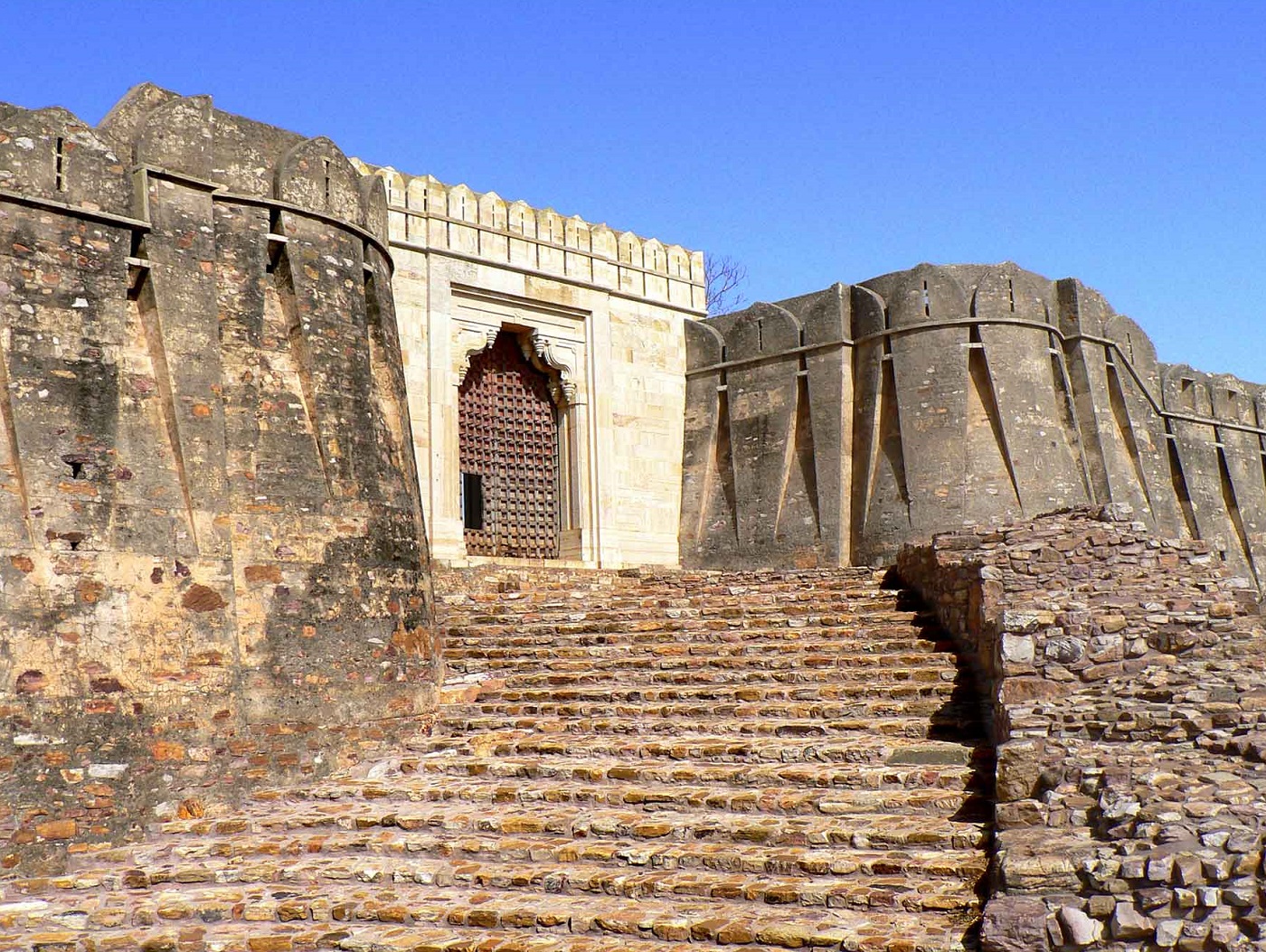 Right opposite to the gate, you can find Neelkanth Mahadev Jain Temple. 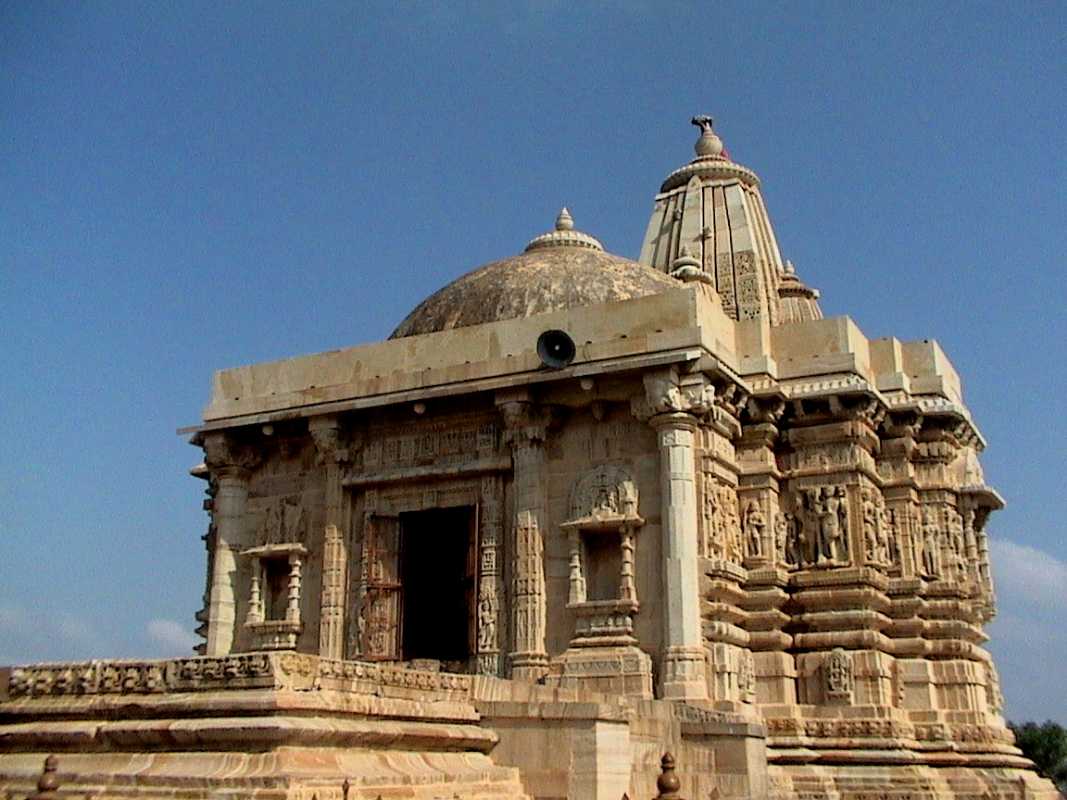 To the north of the gate, you will find the 14th century Tower of Fame, also known as Kirti Stambh. This tower is dedicated to Jain Tirthankar and has many carvings of the Tirthankar (naked carvings). The tower has seven levels and a staircase allow access to the top of the tower.

Apart from these, you can find several other structures inside the fort, built during different era. 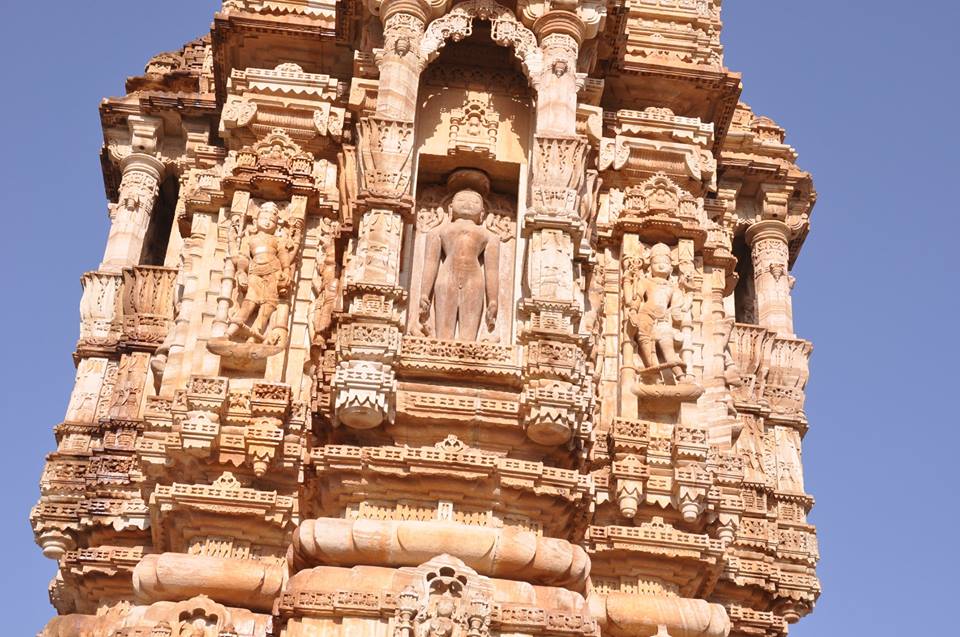 If you choose vehicle exploration, it would take around two to three hours to cover the fort. It is better to choose a licensed guide to have an informed tour. Reach the ticket office to book your requirements.

Cost of Entry for Indians – INR 50 per head; INR 25 for students and senior citizens

Cost of Entry for Foreigner – INR 200 per head

How to Reach Chittorgarh Fort?

The nearest airport is located in Udaipur. If you are traveling from an international destination, enter India through the international airports at New Delhi or Jaipur and then fly to Udaipur. You can find cabs, local buses and tourism buses from the airport to Chittorgarh, directly. Once you reach Chittorgarh, you can find all kinds of road transportation to reach the fort. Before planning your trip to India, read How to Get India Tourist Visa.

Chittorgarh is well connected with many parts of the country and all cities of Rajasthan. Then, once you enter Rajasthan, you can easily find buses or cabs to the city. Once inside Chittorgarh, you can hire buses, auto or cab to reach the fort.

Chittorgarh Junction lies inside Chittorgarh and receives trains from surrounding regions and major cities of Rajasthan. You can also choose to enter the city via train and choose any road transportation from the railway station to reach the fort. If you desire, you can choose luxury trains to scale Chittorgarh Fort. Not all luxury trains of the country cover Chittorgarh. For more details about the luxury train covering Chittorgah Fort, visit Palace on Wheels.

Chittorgarh Fort is not the only fort of the state. Are you looking for more forts to cover? Read our exclusive blog, 20 Most Visited Forts and Palaces in Rajasthan.

Note : Customized your itinerary if desired destinations are not listed.