Quest to the land of seraphic beauty- South India. South India represents the glorious past of India with its ancient shrines, lavish palaces, wild seas and rich Dravidian culture.

Hampi is considered to be the largest open monument and lost city of Asia. A world heritage site, here lies the ruins of the Vijaynagara empire. While the Virupaksha Temple is one of the oldest and finest Hindu temples of the 7th century, the Vittala Temple with animated carvings and a stone chariot reflects the architectural efficacy. While the royal enclosure, carvings of 1008 Shiva lingams, the Queen’s bath, Lotus Mahal and the elephant stables portray the grandeur of the lost city, the water tanks, irrigation channels and civil structures represent the advanced outlook of the rulers. Know more about top 5 things to do in Hampi. 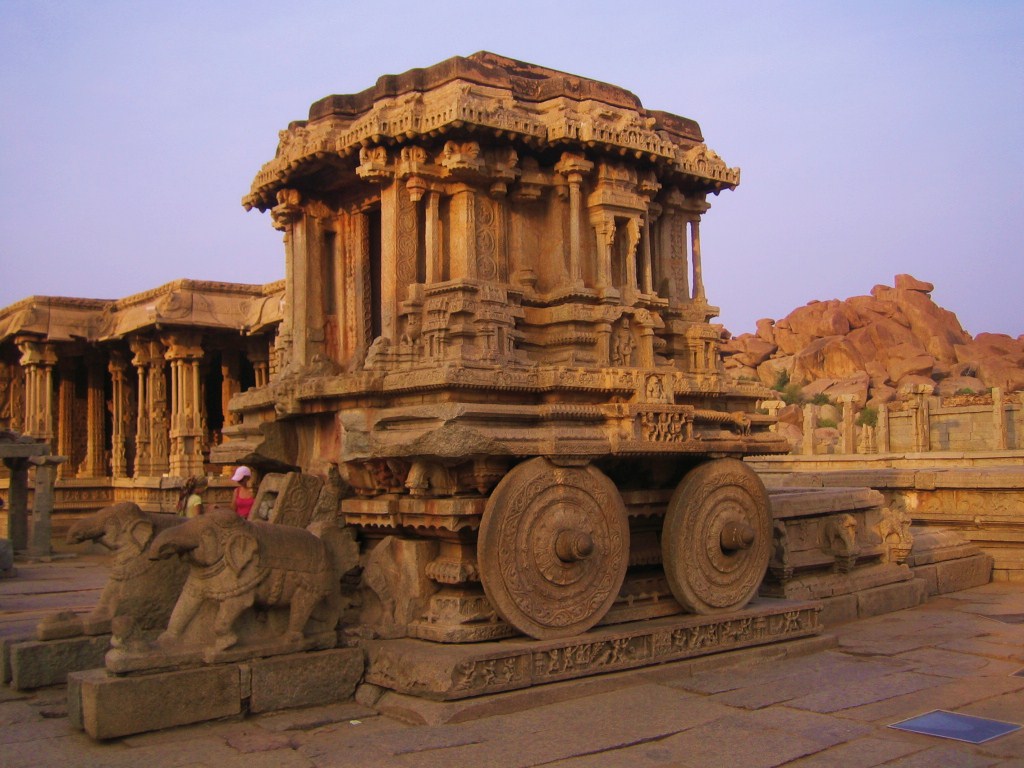 While the wild waves of Bay of Bengal greets you to Chennai, the old lighthouse at the second longest beach of the world, Marina Beach takes you back to old times. Tour the Fort St. George church and its museum to view the priceless silverware, paintings, porcelain and coins. While the Parthasarathy Temple is bright with its colourful gopuram, the Kapaleeshwar Temple is an epitome of Dravidian architecture. Besides enjoying a mesmerizing sunrise at the Elliot Beach, be close to God at the pristine environment of the Vellankani Shrine. 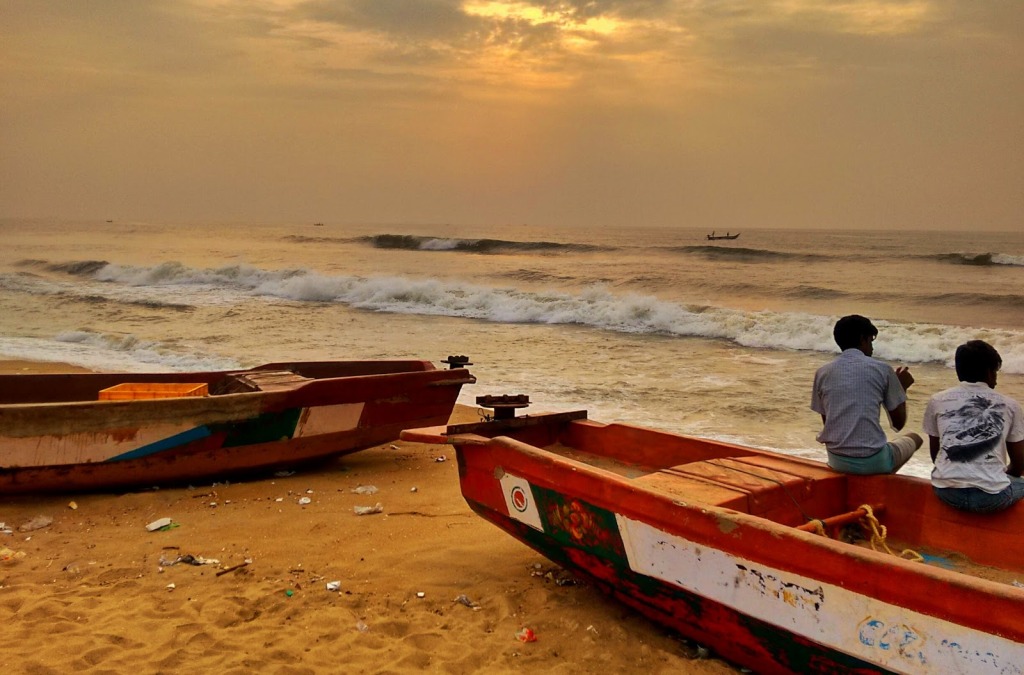 The crystalline backwaters of Alleppey quench the thirst of nature lovers. Relax at the luxurious houseboats of Alleppey to wake up to the rippling sounds of water and witness a colourful end of the day. As you pass the beautiful water lilies, green paddy fields and villages, the spotless beauty of the God’s Own Country rejuvenates you. Witness the distinguishing Kerala architecture with multiple mural paintings at the Krishnapuram Palace or get to know the rituals of worship at the Krishna Temple of Ambalappuzha. 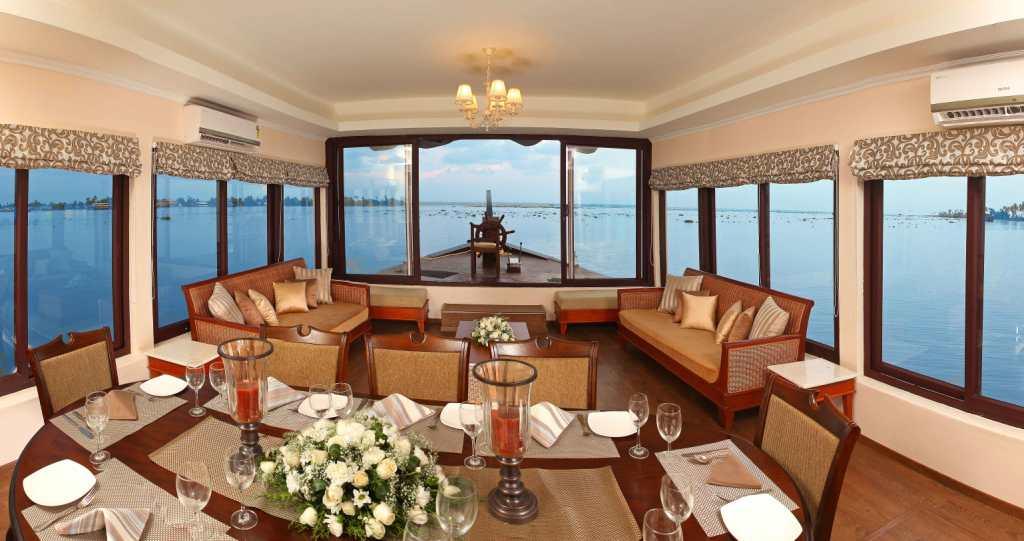 Read More : Things To Do In Alleppey – 10 Interesting Activities

Located at the shores of the Arabian Sea, Kochi offers you a soothing atmosphere. Witness the unique fishing technique of Chinese nets here or just walk along the soft sandy beaches with your loved ones. The Kochi Fort with a Portuguese air is the landmark of the city. While the Dutch cemetery narrates the story of several Europeans, the Hill Bungalow and the David Hall represent the colonial India. Kochi is home to the oldest European Church in India, the St. Francis Church where Vasco-de Gama was buried. The sea food delicacies and coconut water of Vasco-de Gama Square is a popular hangout zone. 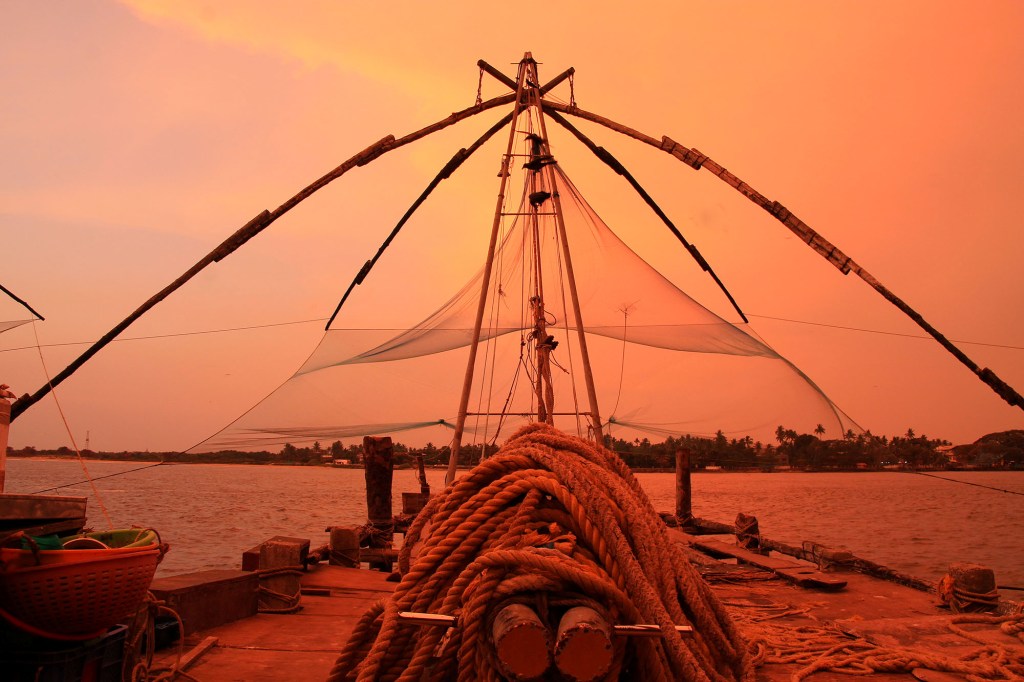 Read More : How to Reach Cochin Top 12 Things to do in Kochi

In Tamilnadu, as you approach the Meenakshi Temple, the elegance of the shrine amazes you. With unique stonework, four directional entrances, musical pillars and 33000 sculptures, it exhibits the ancient Shilpi Shastra style. While the Vandiyur Mariamman Teppakulam lies at the middle of an enchanting pond, the Thirumalai Nayak Mahal is aptly known as the wonder of South India with its grandeur and being the blend of Islamic and Dravidian architectural designs. The Vaigai Dam is a relaxing zone with its scenic beauty and also a notable picnic spot while the Gandhi Museum narrates the struggle of the Father of the Nation for the freedom of India. 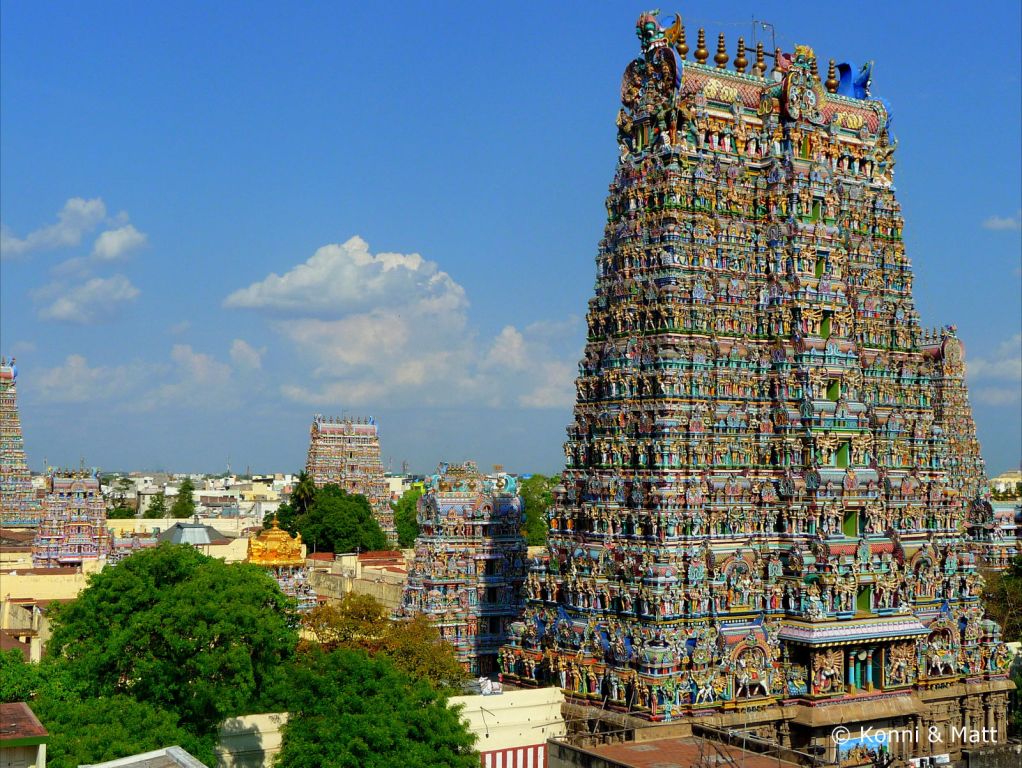 You will surely get awestruck with the grandeur of the Mysore Palace in Karnataka; while day is the time to check out the intricate carvings, the palace is magical at night when it gets illuminated with 98000 lights. While the 90 acres of Karanji Lake offers an arresting view with folks of migratory birds, the Mysore Zoo is entertaining with a collection of animals from all over the world. While the aroma of sandalwood fills the air of Mysore, prayers come out from the deep core of your heart as you climb the 1000 steps to the Chamundeshwari Temple. Read More : 15 Unforgettable Places To Visit In Mysore 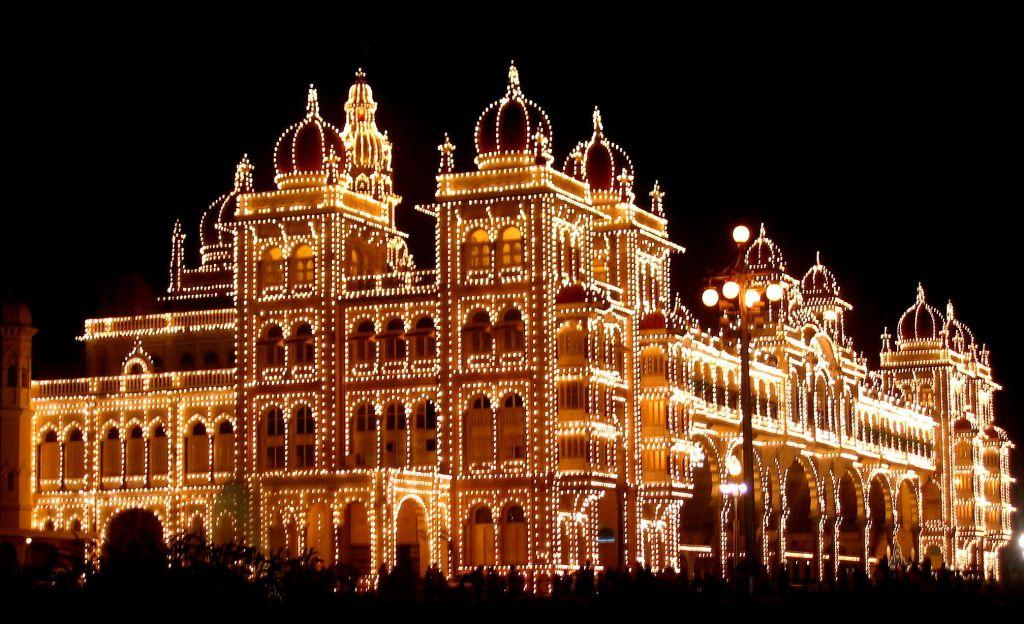 Kanyakumari lies at the top of India, where the Indian Ocean, Arabian Sea and the Bay of Bengal unites, hence the beauty of sunrise and sunset here is unimaginable. The Kanyakumari Temple is the heaven of peace, besides being one of the 108 ‘shakti peeth’ of Hindu mythology. The Rock Memorial is supposed to the on the island where Swami Vivekananda attained enlightenment. Located amidst the wild confluence, the sail to the memorial is both thrilling and a lifetime memory. The enormous gopurams of Suchindrum temple and the Chinese jars and weapons of the Padmanabhapuram Palace exhibit the rich culture of the city. Know about the Best Route to Travel Kanyakumari from Rameshwaram. 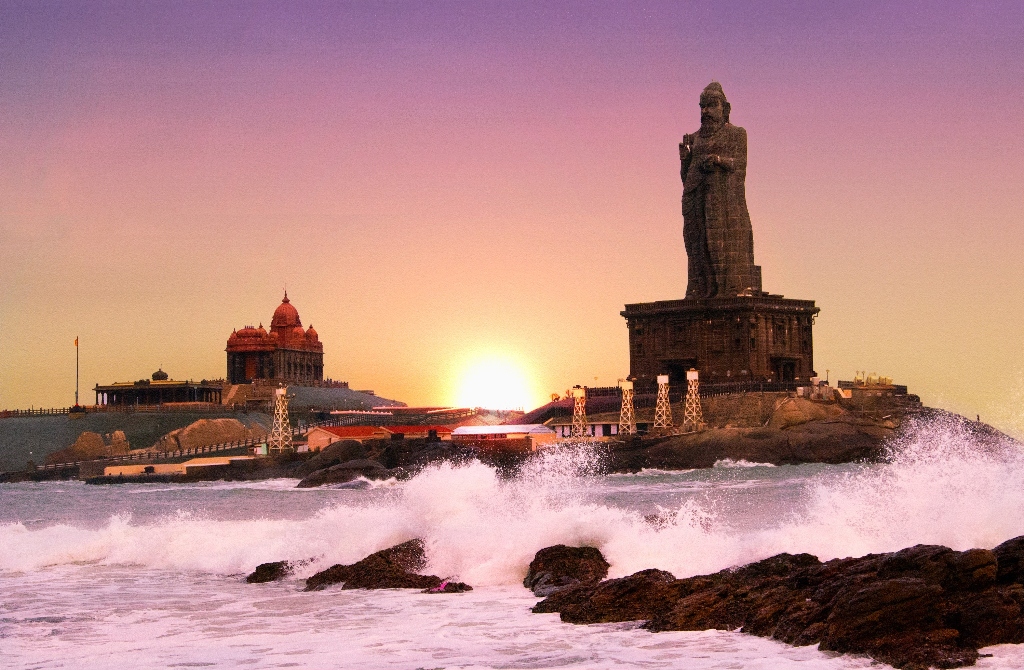 Lakshadweep, a cluster of 21 islands is known for spellbinding scenic beauty. While the waters of the Kadmat Island are rich in marine life, the deep bue waters of the Kavaratti Island is ideal for exhilarating water sports. While the secluded Kalpeni beach is the best place to spend sometime with your loved ones, the Minicoy Island portrays the distinctive culture of Lakshadweep. 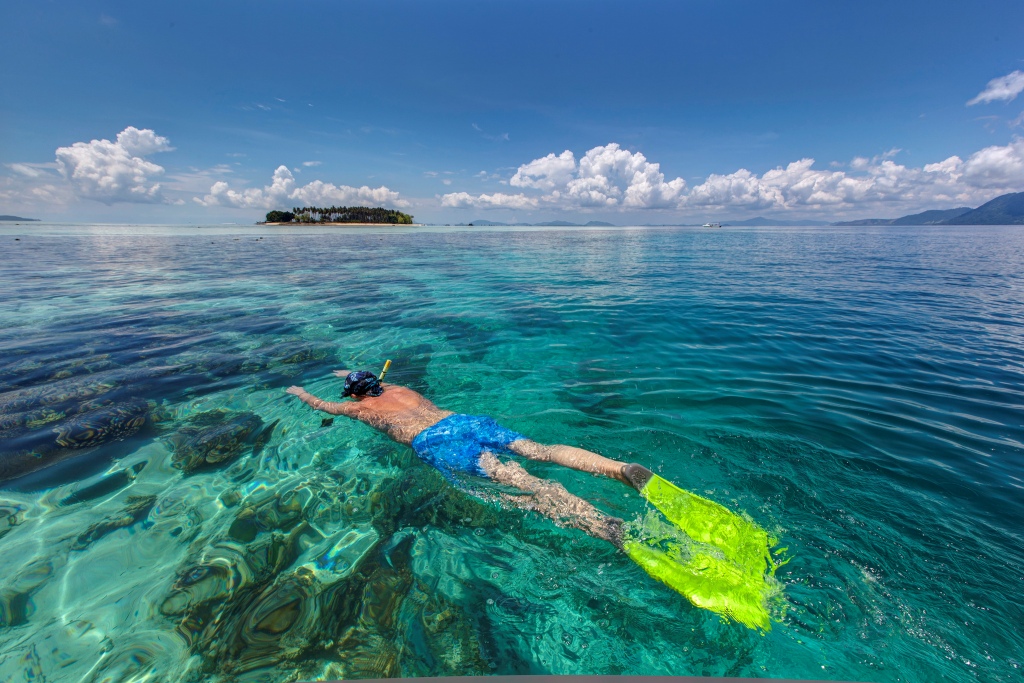 Read More : Things to Do in Lakshadweep

Pondicherry is a peace heaven where people from all religions and from all over the world can stay in harmony at Auroville, ‘the city of dawn.’ You can find 2007 people residing here from over 44 different countries, irrespective of caste, creed or religion. The memorial of Rishi Aurobindo, the founder of Auroville is at the Aurobindo Ashram. This ashram is self sufficient with several offices, printing press, farms, guest houses, bakeries, play grounds and even nursing homes. The Immaculate Conception Cathedral is graceful with its golden bordered white structured and is also the oldest of town, dating back to 1791. 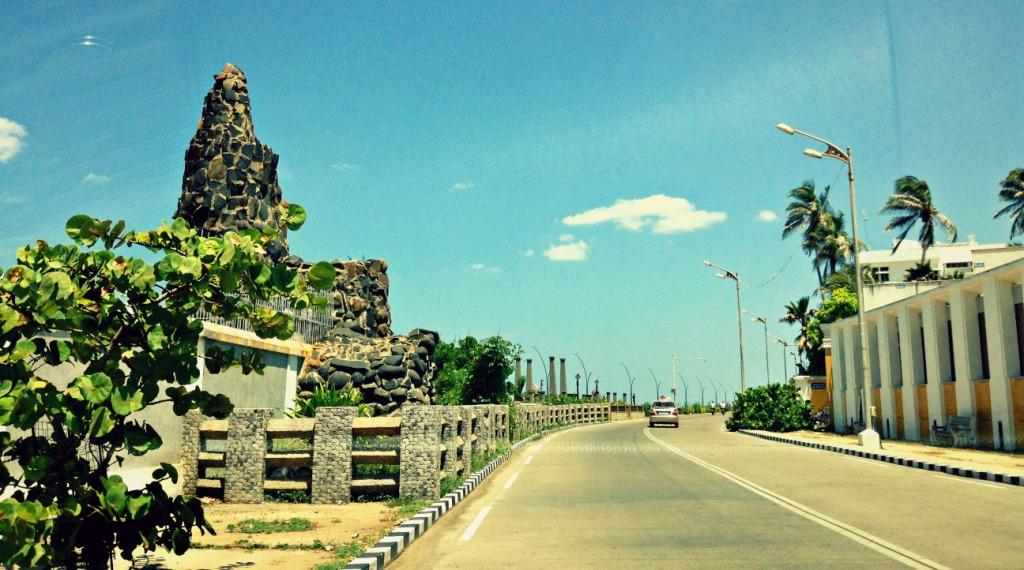 The chilled weather of Ooty is perfect to refresh your stressed mind and body. While the ‘L’ shaped Ooty Lake is perfect for a charming boat ride, the boathouse of the Pykara Lake is an abode for comfort seekers. While the aroma of red roses beckons you to the Rose Garden, the Avalanche is loved by trekkers. 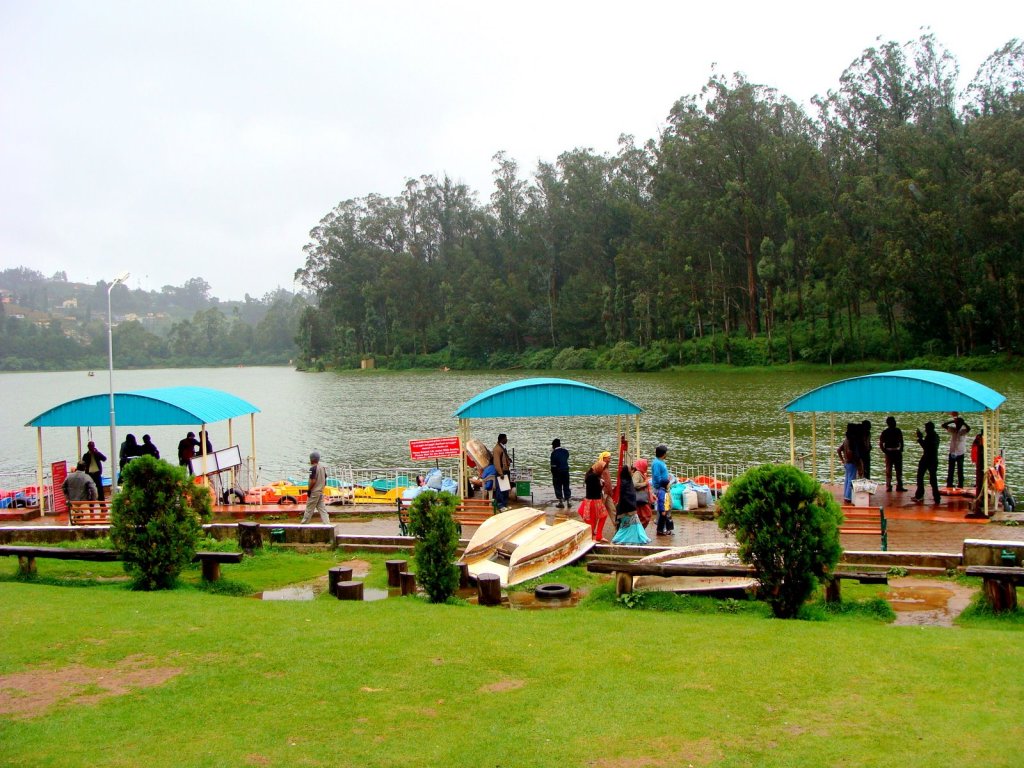 If you have some more time in India do not forget to shop some gorgeous silk and attain classical concerts; the gems of South India.