Paranormal activities exist around us or not, it is still a never ending debate! Many people whom we know had spooky experiences in their lives. As ghosts, spirits and phantoms do not remain present everywhere and we do not get the opportunity to come across them, their existence cannot be accepted easily.

Are you one among those who don’t ever miss a single horror movie? Do you wish to live the thrill in real life? Believe it! You can do that in India as there are numerous haunted places. You cannot even complete visiting these places in a month. Some of them even display a notice at the entrance warning the visitors.

These places are believed to be the shelter of restless souls, some harmful and some harmless. The places include forts, society, cemeteries, hotels, jungles and many more. The interesting facts behind these places make them more popular. Below mentioned is a list of 20 places declared as weird and creepy!

This fort was built in the 17th Century in Rajasthan and is famous for being the scariest among all the haunted places of India. Bhangarh was cursed by a wizard and after that more than 10,000 inhabitants were killed. It is believed that the ghosts of the wizard and a princess still wander in this place.

Visitors are not allowed to enter the place post-sunset. The story of the fort was featured on a show according to sources it was heard that the actors of the show had scary experience during the shoot. 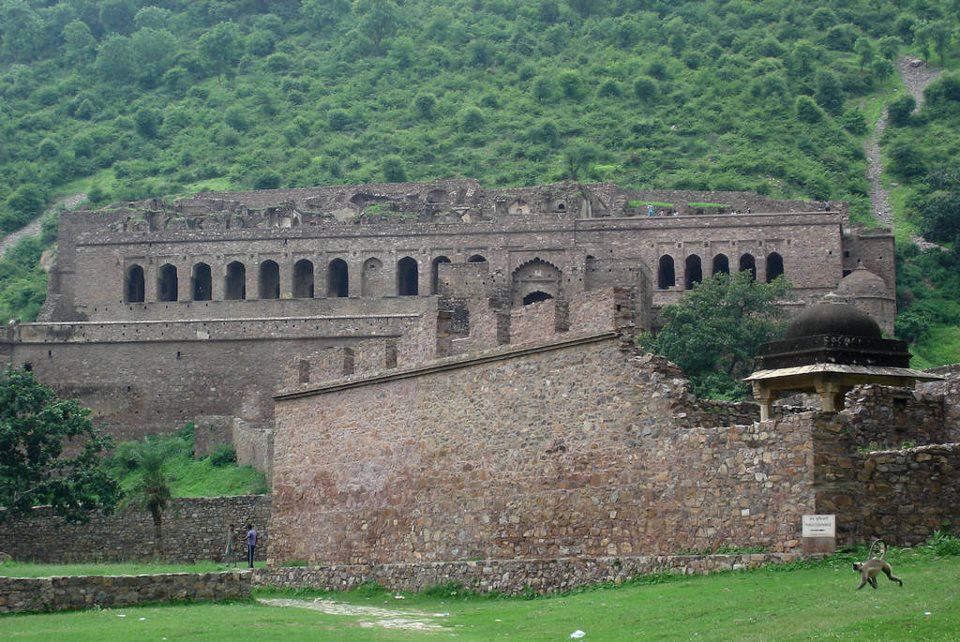 Grand Paradi Towers in Mumbai is one of the glamorous residential areas with sad stories of suicide. On June 14, 1998,Vasadeo and Tara Dalal committed suicide as they were harassed by their 48 years old son- Balkrishna and daughter-in-law Sonal of 45 years. The culprits were later arrested and soon the couple with their daughter of 19 years jumped from the tower and collapsed.

Many cases of suicide were reported after these cases. The reason is still unknown why people from that building resort commit suicide! 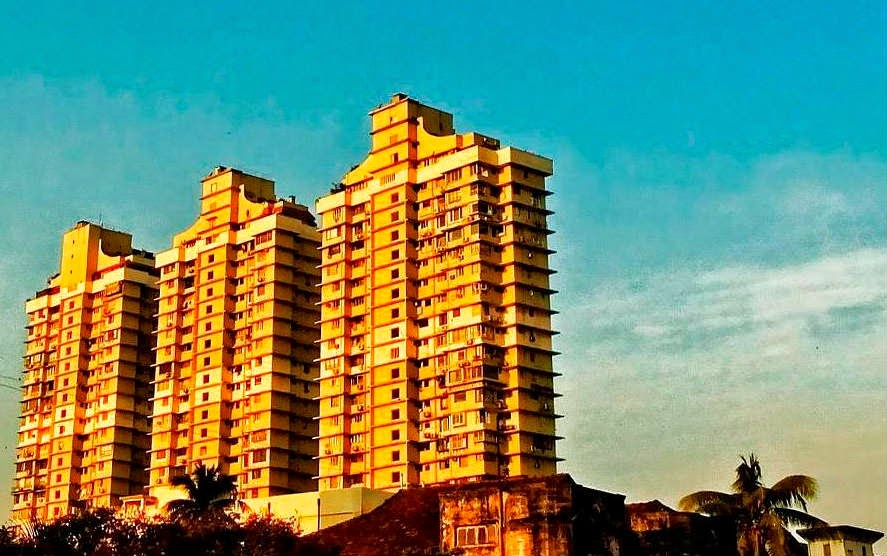 Dumas Beach is located in Gujarat, which is well-known for its black sand but and mystical activities. It was used by the Hindus for cremation. The tourists coming to this place hear voices asking them to go back but cannot see anyone around. A midnight stroll on Dumas beach will be a treat for those who want to have spooky experience.

Note: People who visited the beach in night never returned!

Though Shaniwar wada fort of Pune is a historical site it is haunted as well. A young prince of 13 years was brutally killed in this fort by his uncle. The screams of the prince, “Kaka Mala Vachva!” (Save me, uncle!) can be heard from the fort on some nights.

These words were his last words to his uncle before dying, while running to his uncle’s chamber for his life. The ghost of the prince can be heard screaming in mid nights and is active on full moon nights. 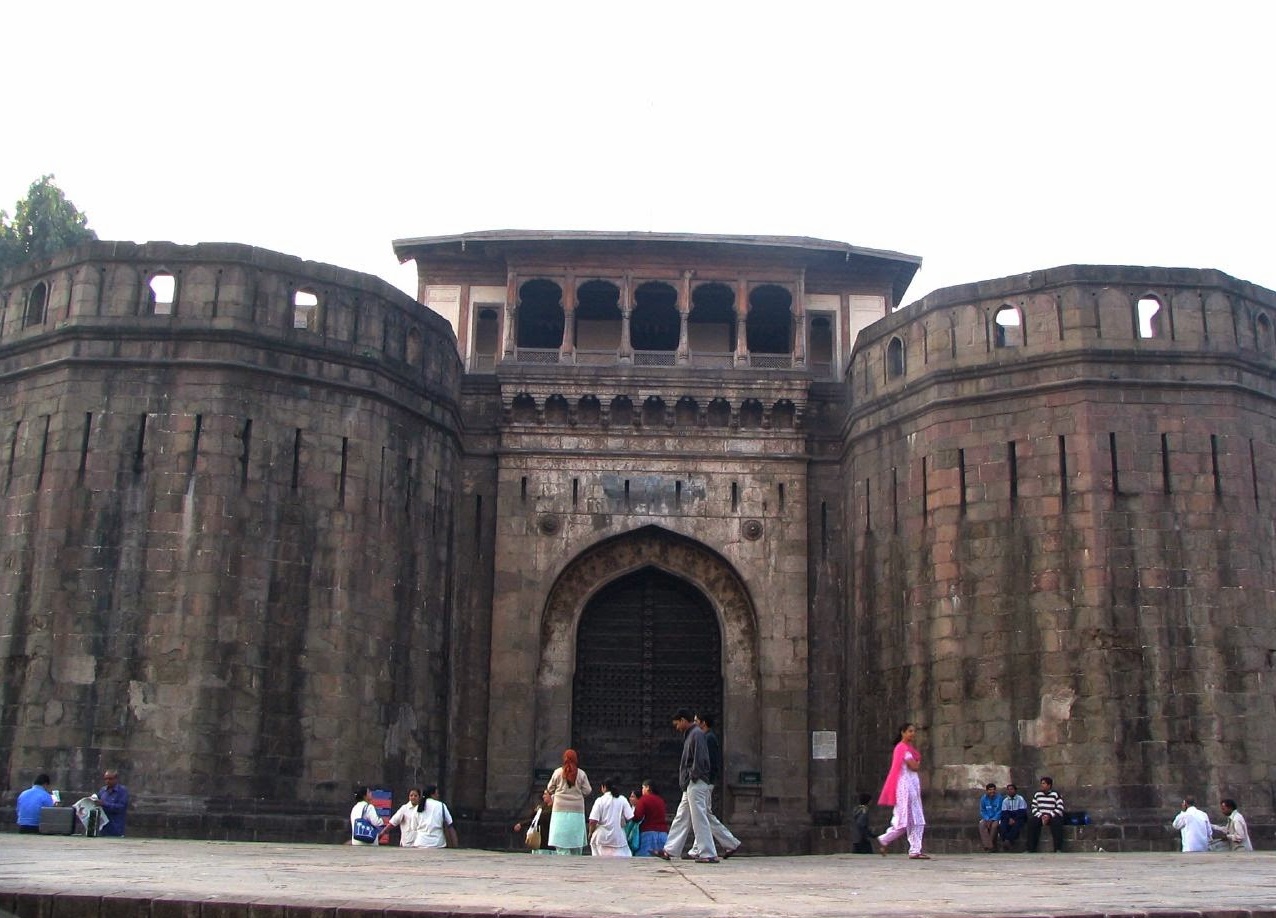 Sanjay Van is considered as the most haunted place in Delhi. Reportedly, a lady in white saree is seen running at the speed of a car. The lady suddenly disappears into the air close to the cremation ground.

Note: It is recommended not to visit the place, after dark! 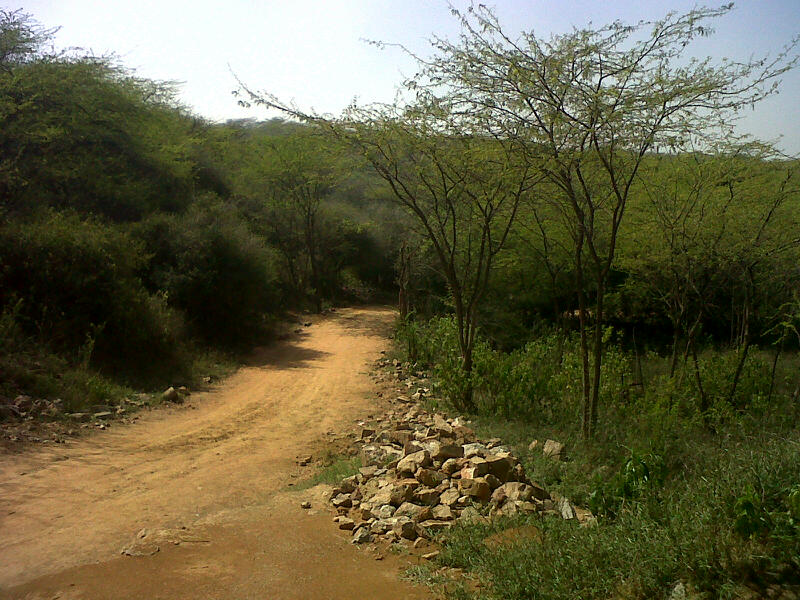 It is heard that people visiting South Park Cemetery in Kolkata died unexpectedly and thus it is declared as a haunted place.

According to reports, a group of friends who clicked a picture during their visit to the place faced weird things. The photographer was not an asthma patient, died of an asthma attack. 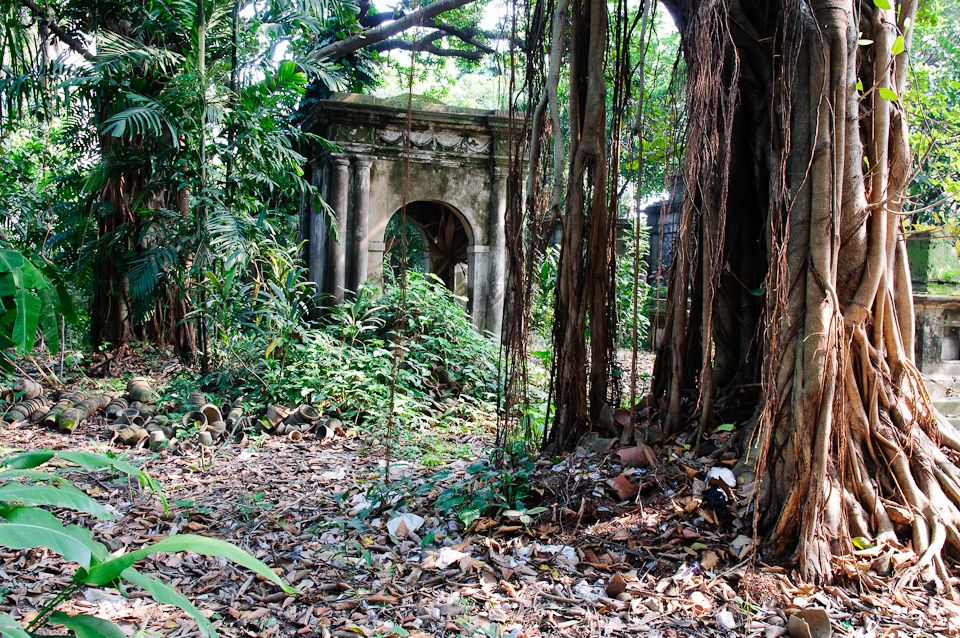 According to old stories, the stepped well filled with black water used to hypnotize people to commit suicide, jumping into it. It is still believed that post sunset, if anyone visits this place then it casts an evil spell on the visitor. So, be alert! 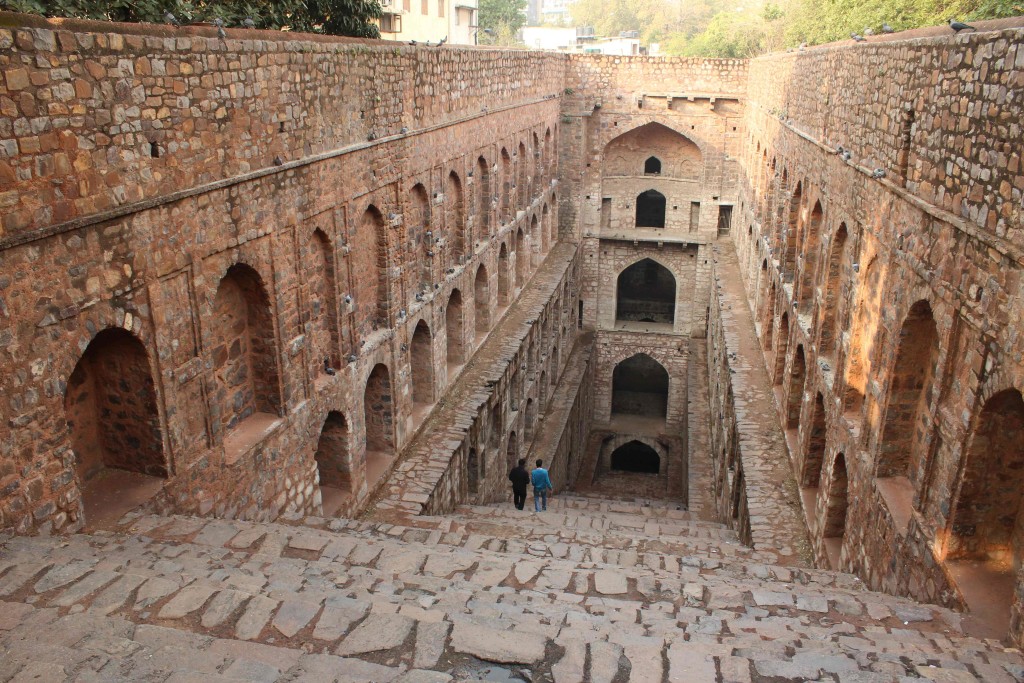 This heritage hotel was once a palace. Brijraj Bhavan Palace of Kota in Rajasthan is haunted by a British Major Burton. He along with his two sons was killed by the sepoys during the revolt of 1857. The ghost of Major Burton is harmless. The guards of the palace reported of being slapped, during their duty at night. 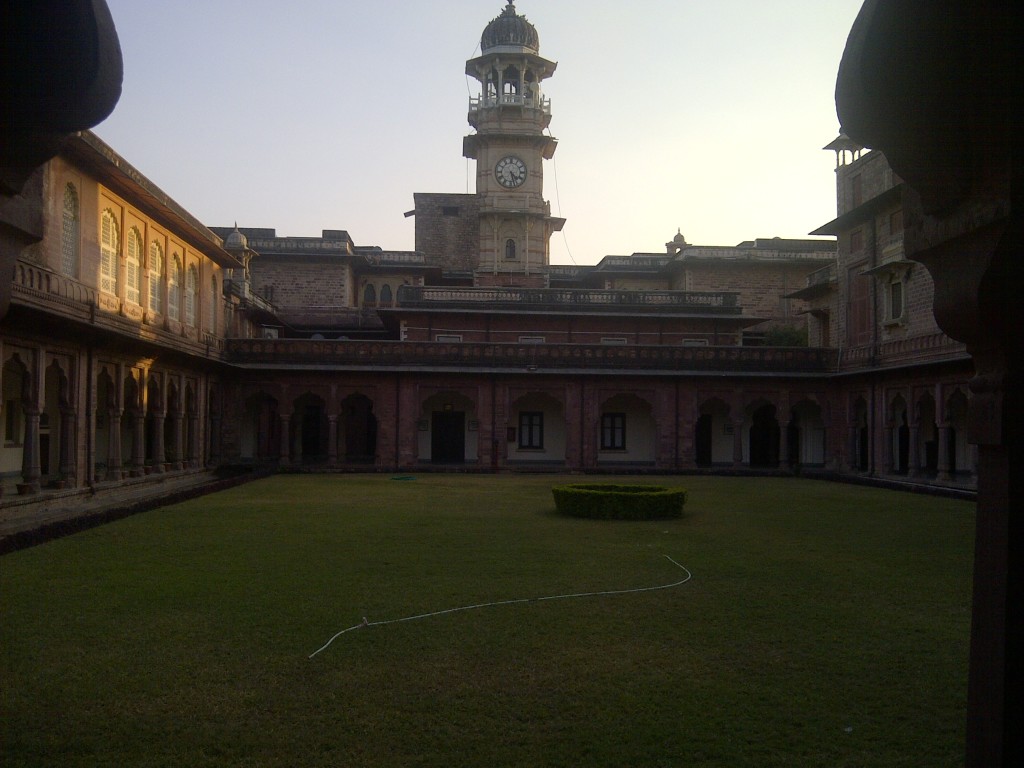 Dow Hill in Kurseong is a popular tourist spot of West Bengal and is known for its scenic beauty. This is also famous for some paranormal activities. According to reports, several people have been killed around this place.

The schools nearby this forest like Dow Hill Boarding School for Girls and Victoria Boys School are known for ghost sightings. It is claimed by people that they have heard footsteps and have seen a headless boy marching towards the woods! 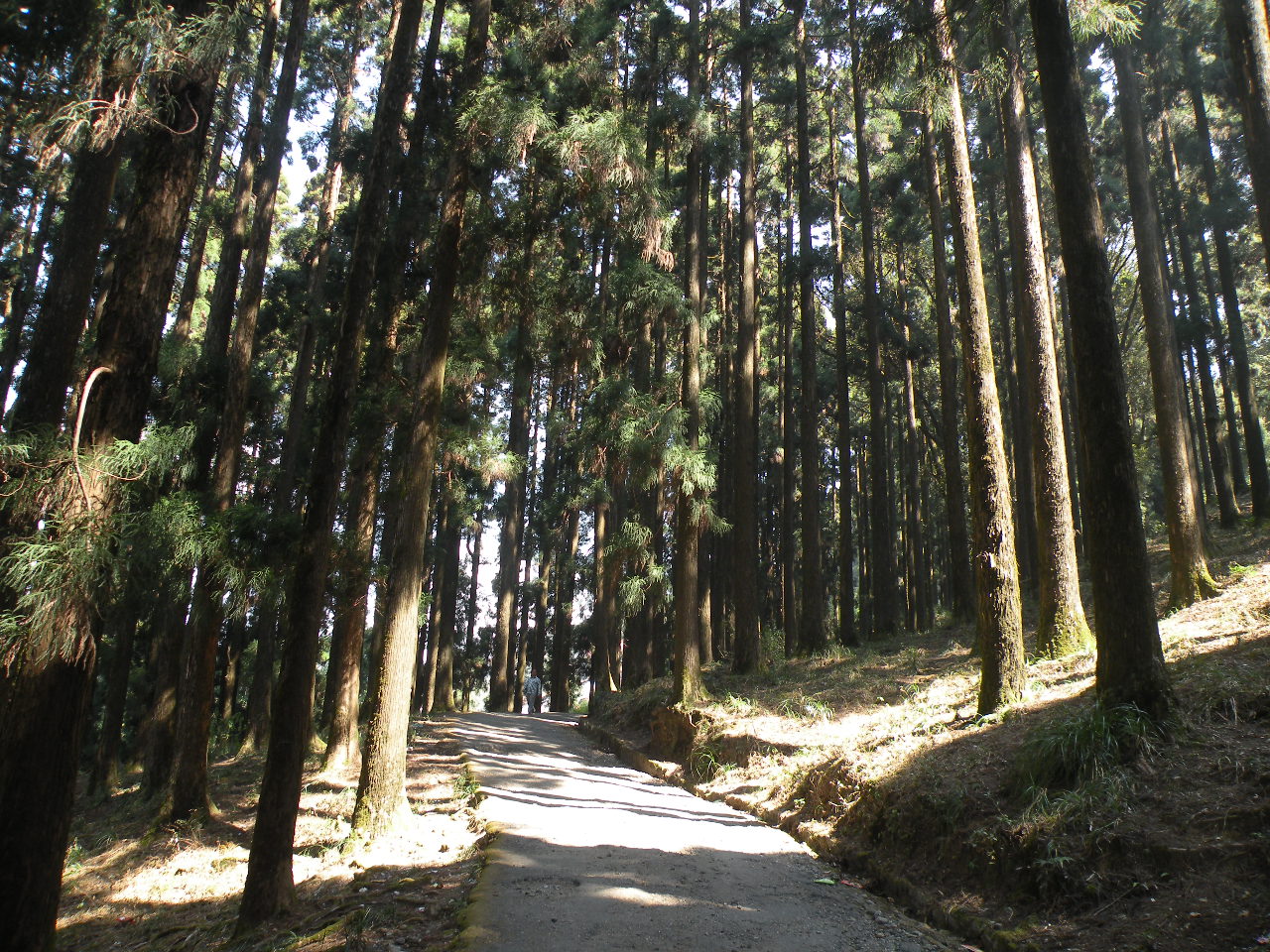 D’Souza Chawl at Mahim, in Mumbai is one of the most haunted places. It is said that a woman died after falling into a well nearby and crying for help. Still people see her near the well and hear her crying.

It is recommended not to leave women unattended at Feroz Shah Kotla. It is considered as a home for dijins and fairies. Evil spirits keep wandering around the ruins of Feroz Shah Kotla to attack young women and later they haunt them. Most of the buildings within its proximity are built facing the other way. The spirits like it if they are offered sweets. 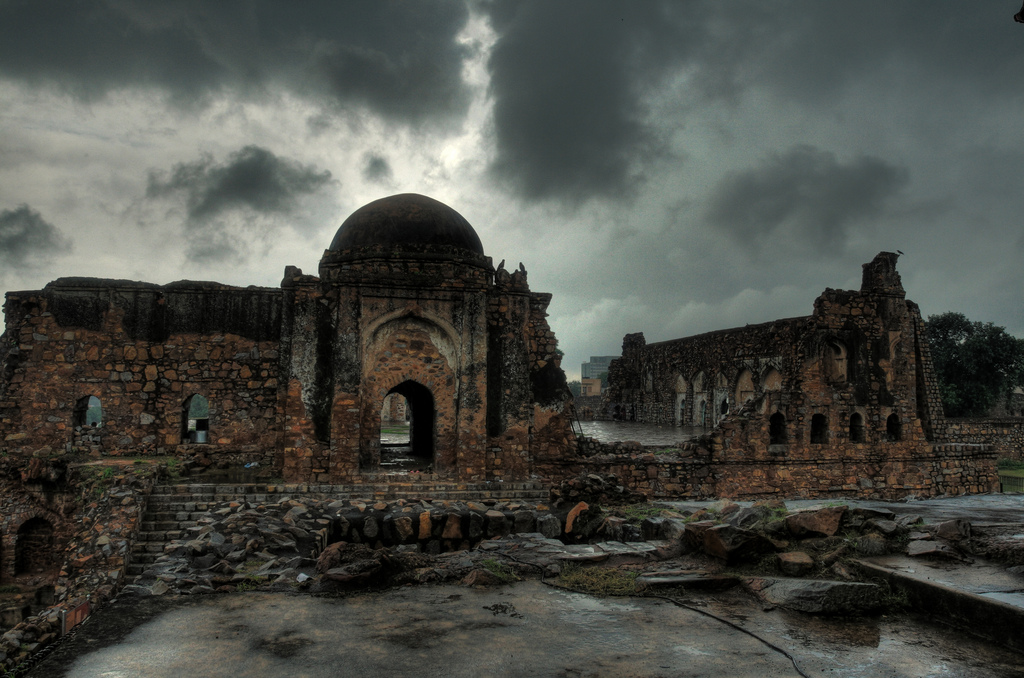 Read More : 8 Crunchy and Spicy Fast Food to be Relished During Delhi Tour

GP Block of Meerut in Uttar Pradesh is claimed to be a haunted place as strange sightings have been witnessed by the natives. People passing the place at particular hours, can see boys and girls sitting together in a dim light of the abandoned house. 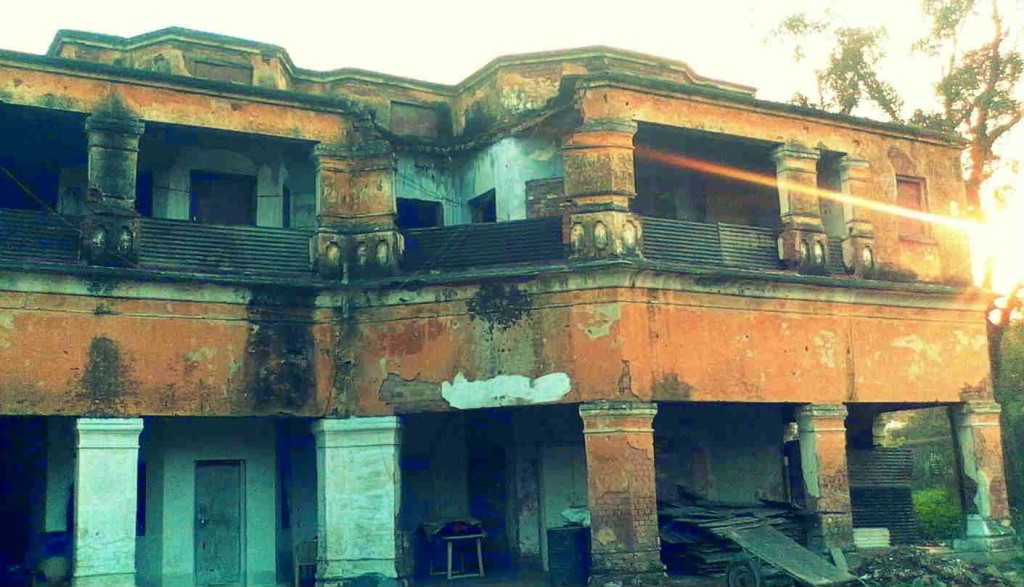 Jatinga in Assam is a beautiful village, which is popular for bird suicides. It is said, the migratory birds coming to this village never leave the place alive.

Reportedly, these birds die without any particular reason on moonless nights. The suicides occur every year particularly after the month of September. 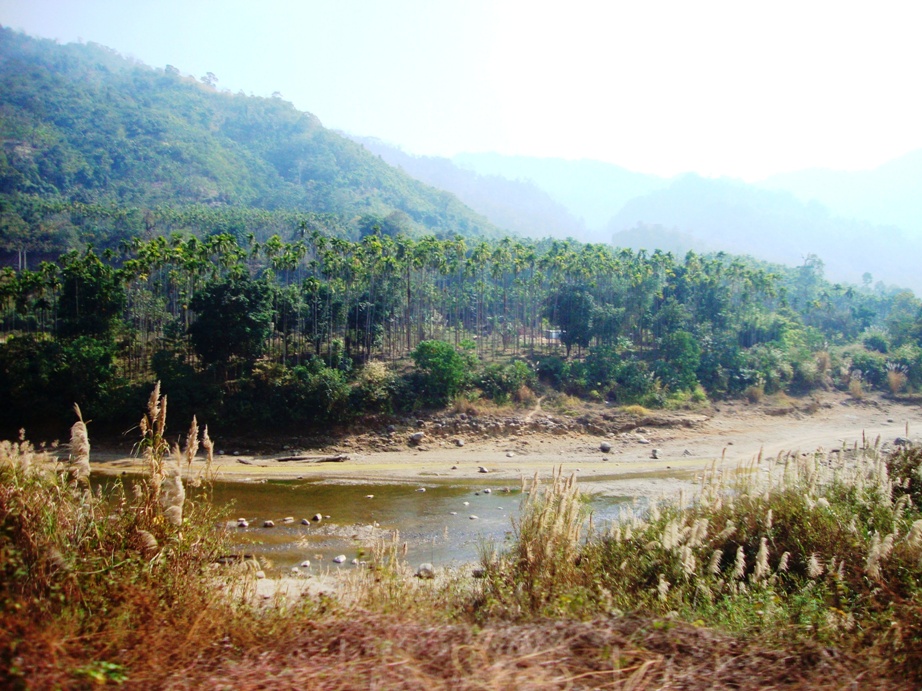 Kuldhara is famous as an isolated ghost village since 1800s. It is heard that this place is bearing the curse of the villagers who disappeared from the village overnight. The villagers had lived there for more than 7 centuries.

According to the age old stories, one night in 1825, the inhabitants of Kuldhara village and 83 other nearby villages vanished, unexpectedly.

It is said that Salim Singh, who was the minister of the state visited the place and fell in love with the daughter of chieftain. He wanted to marry her and threatened the villagers of doubling their taxes if he could not marry the girl. 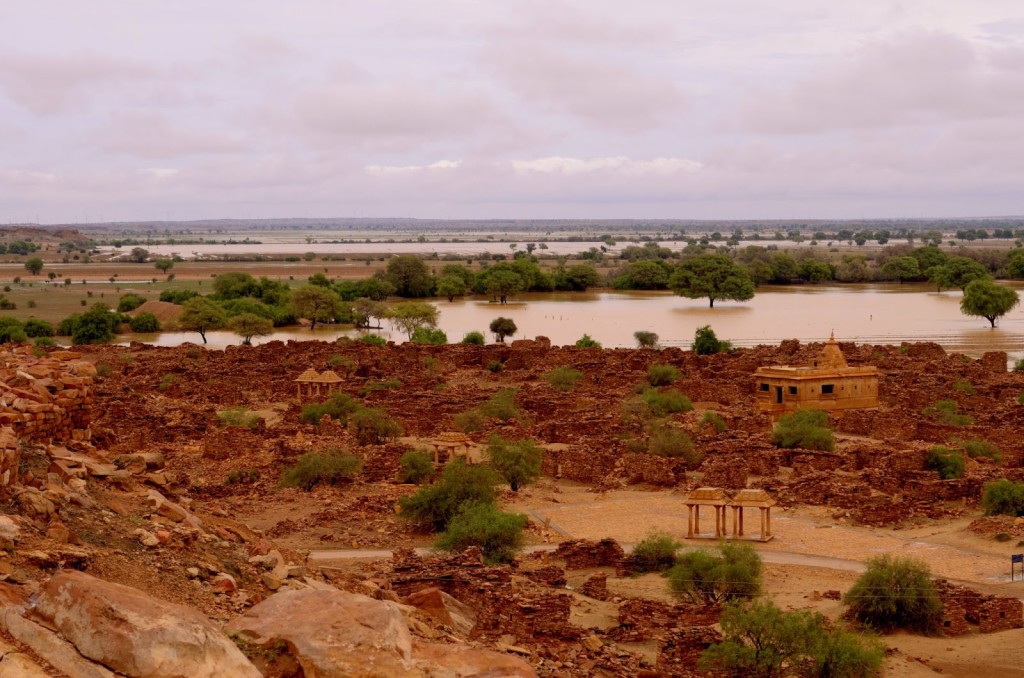 Lothian cemetery of Delhi is known for the mass burial that took place after the mutiny of 1857, when several people lost their lives. It is believed that British soldier Nicholas haunt this cemetery, in the form of headless ghost. 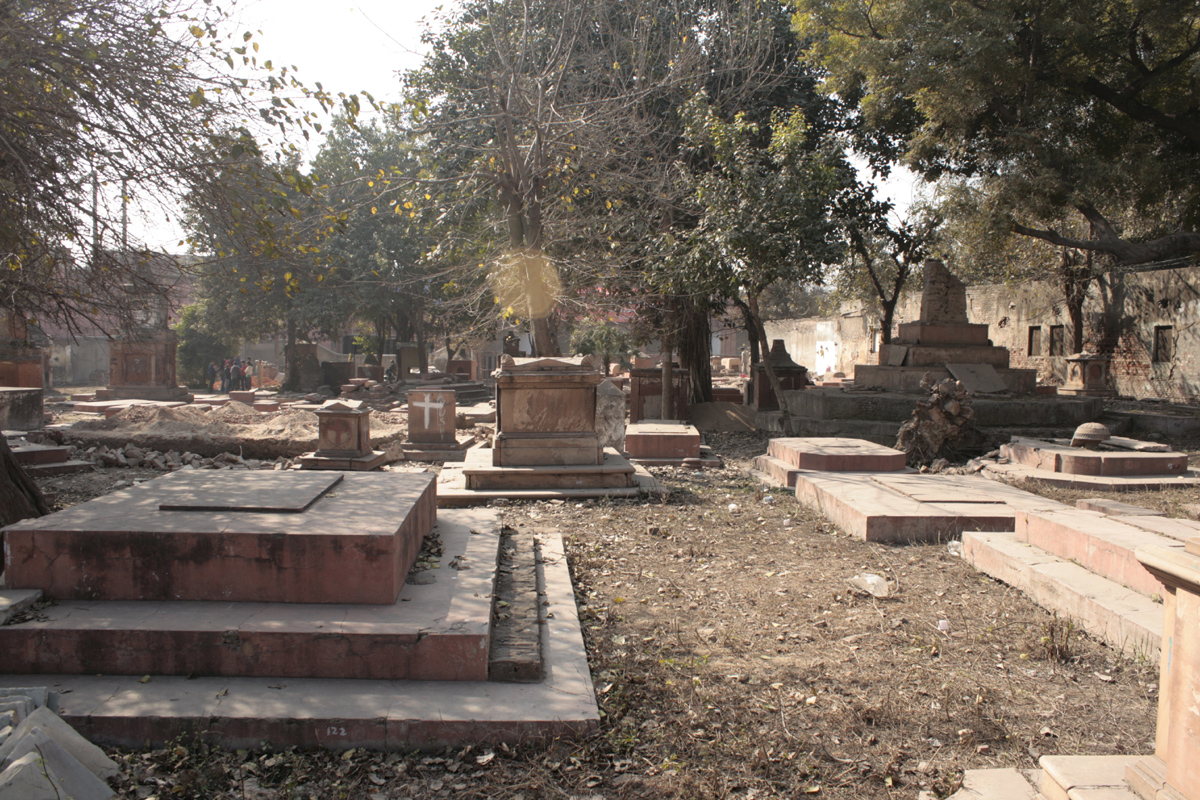 Read More : How to Reach Delhi

Mukesh Mills is an abandoned mill located in Colaba, Mumbai. It has also been the shooting location for several movies but nobody agrees to be here after sunset. It is said that a female actor, while shooting there was possessed by a spirit and her voice turned into a male voice. 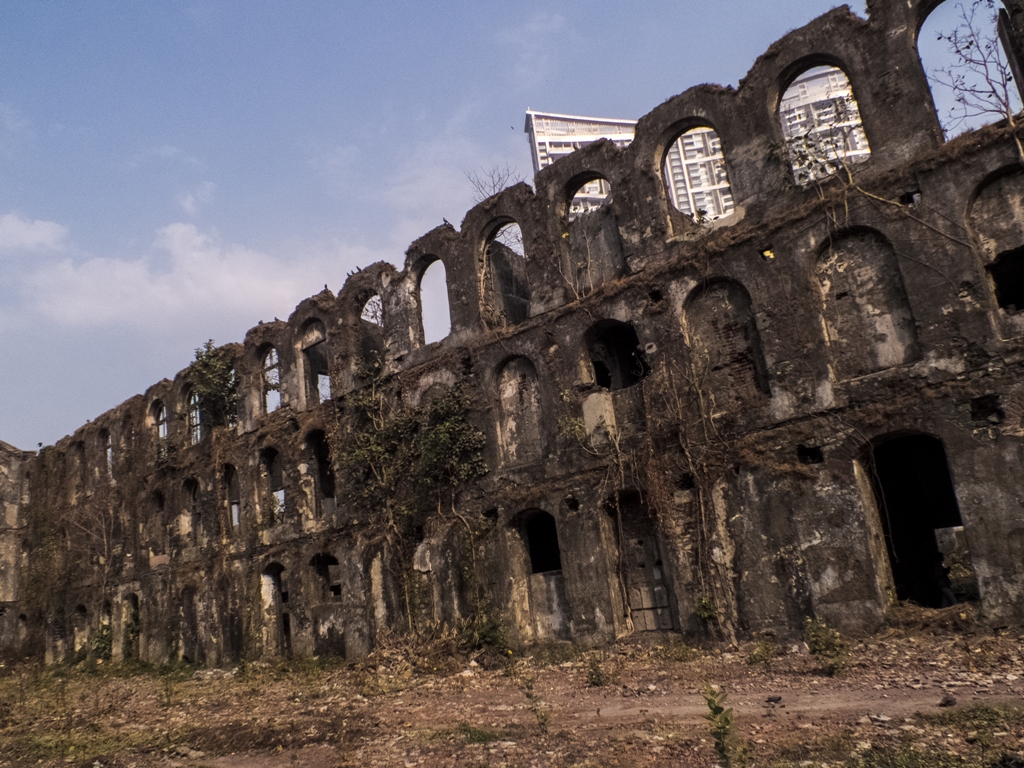 According to legends, Binay, Badal and Dinesh the Indian revolutionaries killed Captain Simpson who used to work in this building with British East India Company. It is said, his spirit still roam in this building.

No one among the officers remain there after dusk. Therefore, it is considered as one of the popular haunted places in Kolkata. Though people work in this building, nobody dares to stay there till late night. 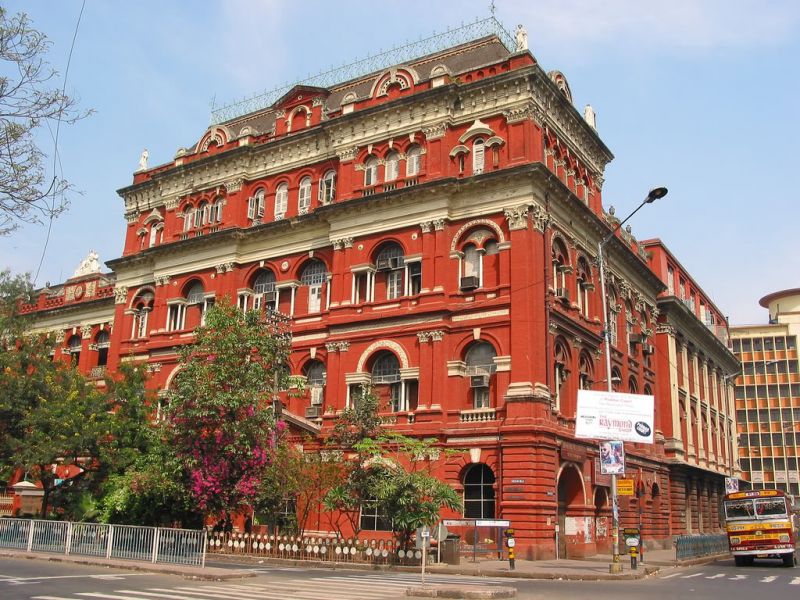 This national park is a famous weekend getaway near Mumbai. In this park lot of people were killed by wild animals and so their spirits do not leave the place. There is a phantom traveleras well, who haunts the national park. 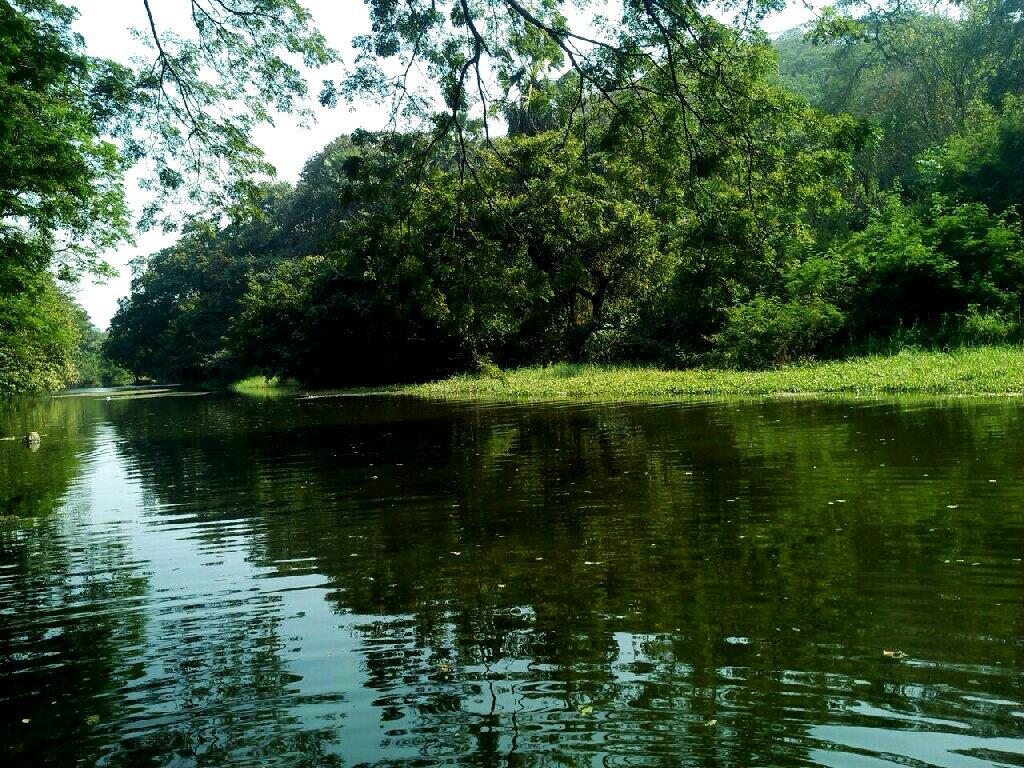 One of the luxurious hotels of India is the Taj Mahal hotel, which is also said to have a ghost. According to stories, the architect of this hotel committed suicide as the hotel was not designed according to his plan.

This ghost is a friendly fellow and do not harm anybody. Therefore, it could be an exciting night if you get to encounter him. 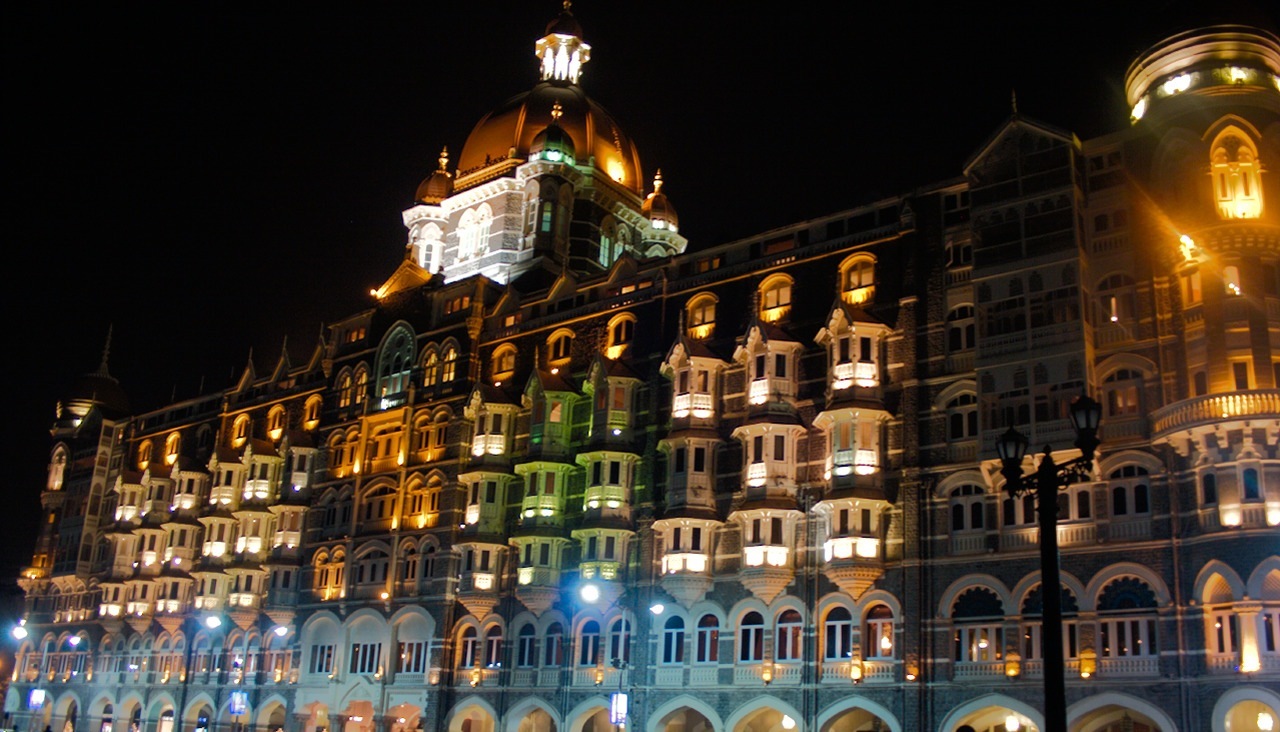 A famous locality of Thane “Vrindavan Society” is considered as one of the popular haunted places in Maharashtra. It is heard that a person, who was living in building number 66B killed himself and so his spirit still haunt this place.

The guards are said to be slapped hard and even thrown off their chairs during their duty at night. Though the society is inhabited by many people, they experience some spooky activities. 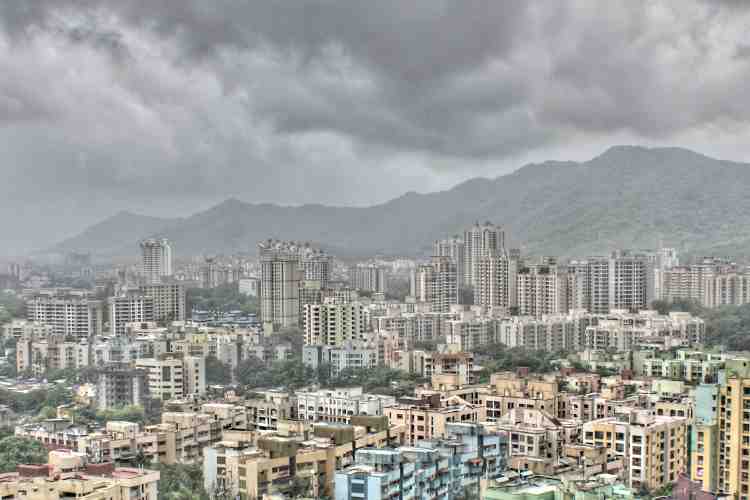 There are some other haunted places which are popular in India.

Lambi Dehar Mines, Mussoorie, Uttarakhand: In this famous mine of Mussoorie, half a million of workers collapsed because of improper mining and thus the mine wasshut down.

The place is filled with strange sounds at night. It is said that at night, a witch walks down the hill. Uncountable deaths, truck accidents and even the crash of helicopter took place around this mine.

Some other haunted places are:

Be there and enjoy your haunted tour to India.