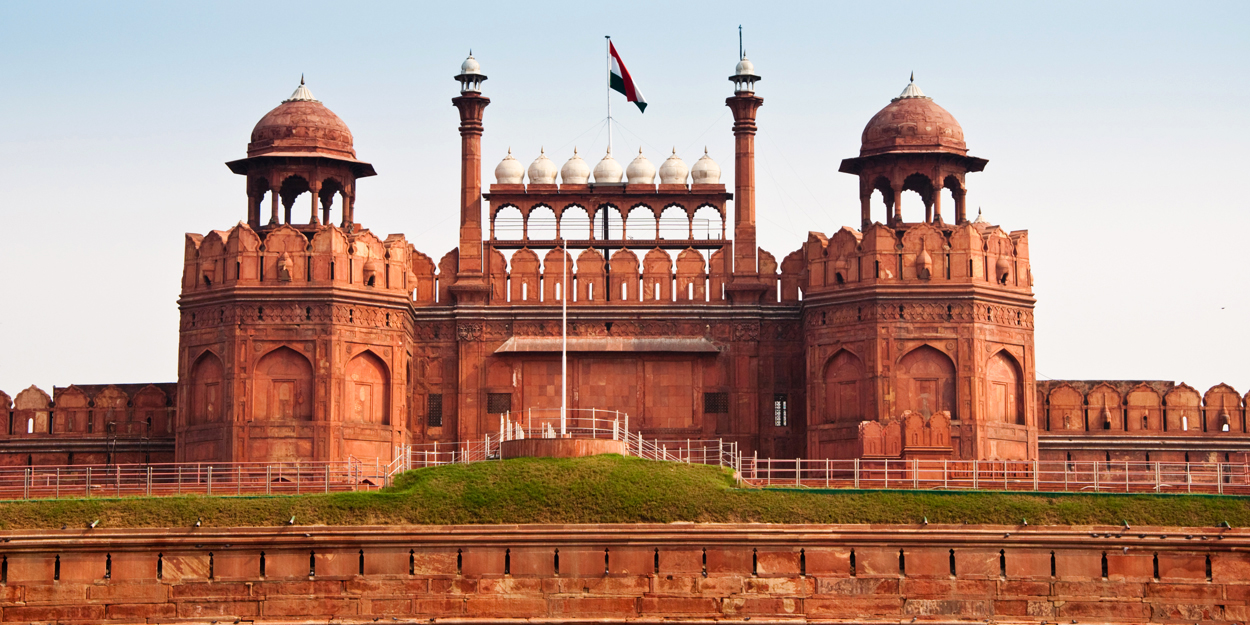 Located in Delhi, this fort was built by the same emperor, who was responsible for Taj Mahal. The fort was built for ten years and was completed in mid-17th century. It is said that the foundation of this fort has numerous decapitated bodies of royal prisoners. This gruesome process was done for luck. Do you know that Red Fort was built on the banks of River Yamuna? The river declined and has moved away from the fort, over the next few centuries. Unfortunately, Shah Jahan never took residence in this fort. It moves from the hands of one reign to another and ended up with British in 19th century. British destroyed most of the monuments and gardens inside the wall and replaced it with barrack blocks for their army. Apart from the fort and the museum, you can enjoy a sound and light show, which takes place every evening. 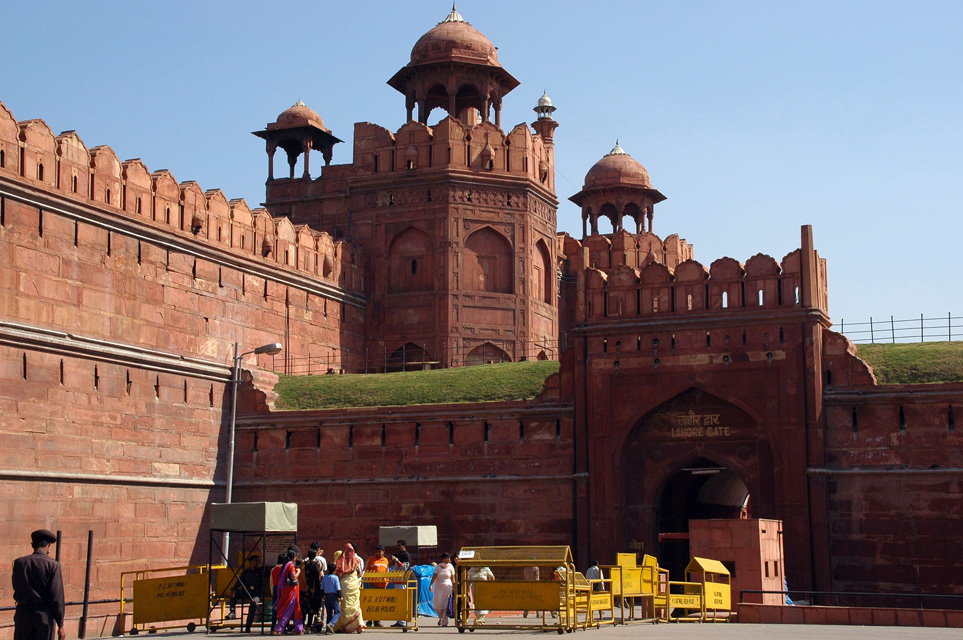 Indians – INR 30 for fort and INR 35 for fort with museum Foreigners – INR 500 per head Video camera fee – INR 25 per equipment Audio guide in Hindi – INR 69 Audio guide in English or other international languages – INR 115 Are you looking for covering Delhi in an exclusive tour package? Choose from our top packages like: Read Also: When Is The Best Time To Visit Golden Triangle India (Delhi Agra Jaipur)? 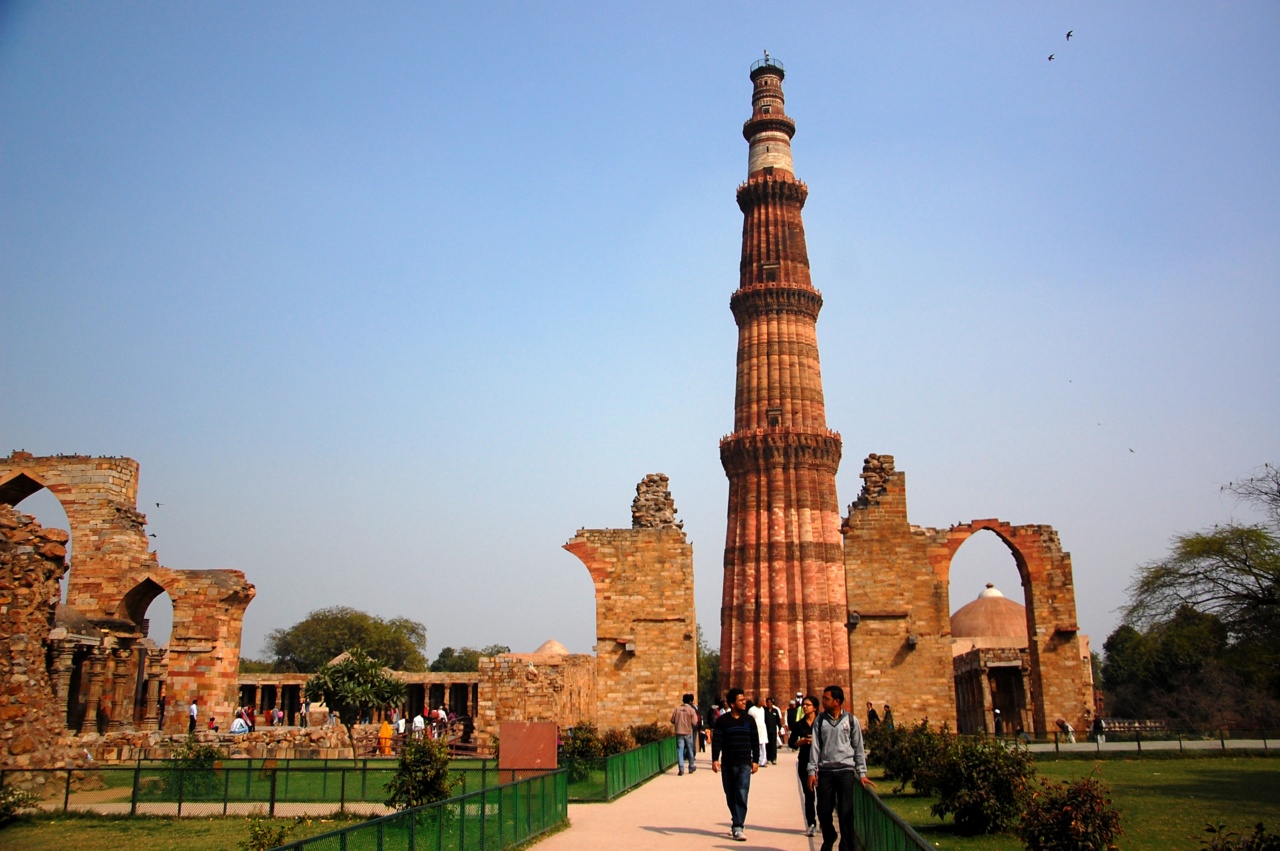 Qutub Minar is a unique Afghan-Indian styled victory tower built by Qutb-ud-din in 12th century. This victory tower proclaims his victory over Hindu Indian rulers. He deliberately commissioned the tower to holds bands with verses of Quran, showing the invasion of Islamic rule into the region. The tower has five storeys, each with unique balconies. In 12th century, the Sultan built only one level. Later, his successor completed the remaining structures. In 19th century, an earthquake struck the land and the tower has been rendered un-climbable.

Indians – INR 35 per head Foreigners – INR 550 per head Explore: Indian Tourism Is Nothing Without These Six Icons

Humayun’s Tomb[/caption] This geometric-inspired tomb is famous for its well-proportioned designs, symmetrical gardens and other elements, which clearly marks Humayun’s Tomb as the predecessor of Taj Mahal. This tomb was commissioned by Humayun’s Persian wife, who made it a point to include both Persian and Mughal elements into the structure. White marbles and the reddish sandstones create a geometric beauty in this structure. [caption id="attachment_8677" align="aligncenter" width="1400"] 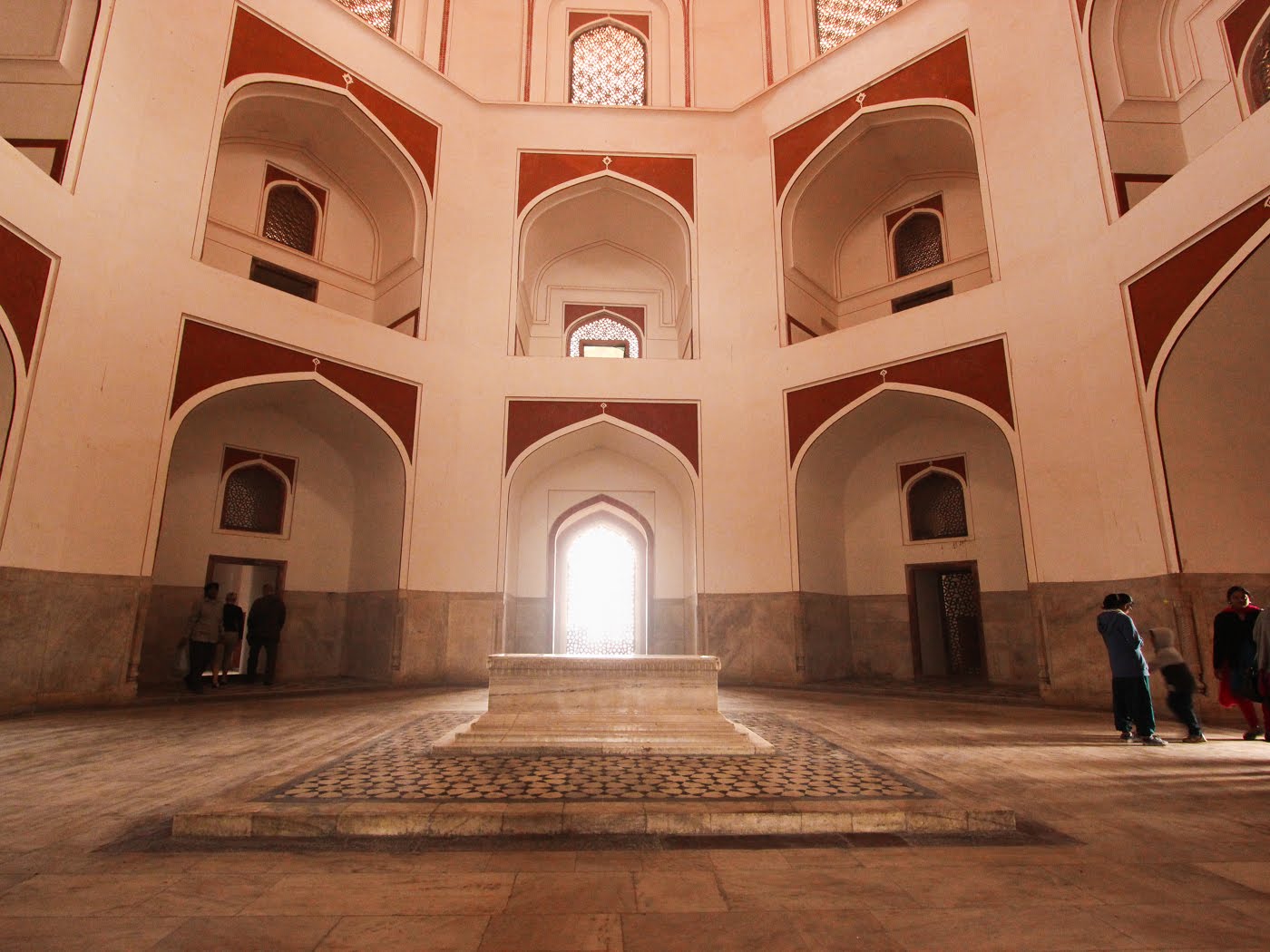 Inside Pictures Of Humayun's Tomb[/caption] The complex includes numerous other structures like the tomb of emperor’s favorite barber, emperor’s wife and so on. Why is barber so special? He is the only living soul in the reign who could bring a razor-sharp knife closer to the emperor’s throat. In addition, you will find other structures like Khan Tomb of 16th century and Khan-i-Khanan’s tomb. Visit the tomb by night to spot the marble dome to be lit by LED, mimic moonlight and others for five hours from sunset. 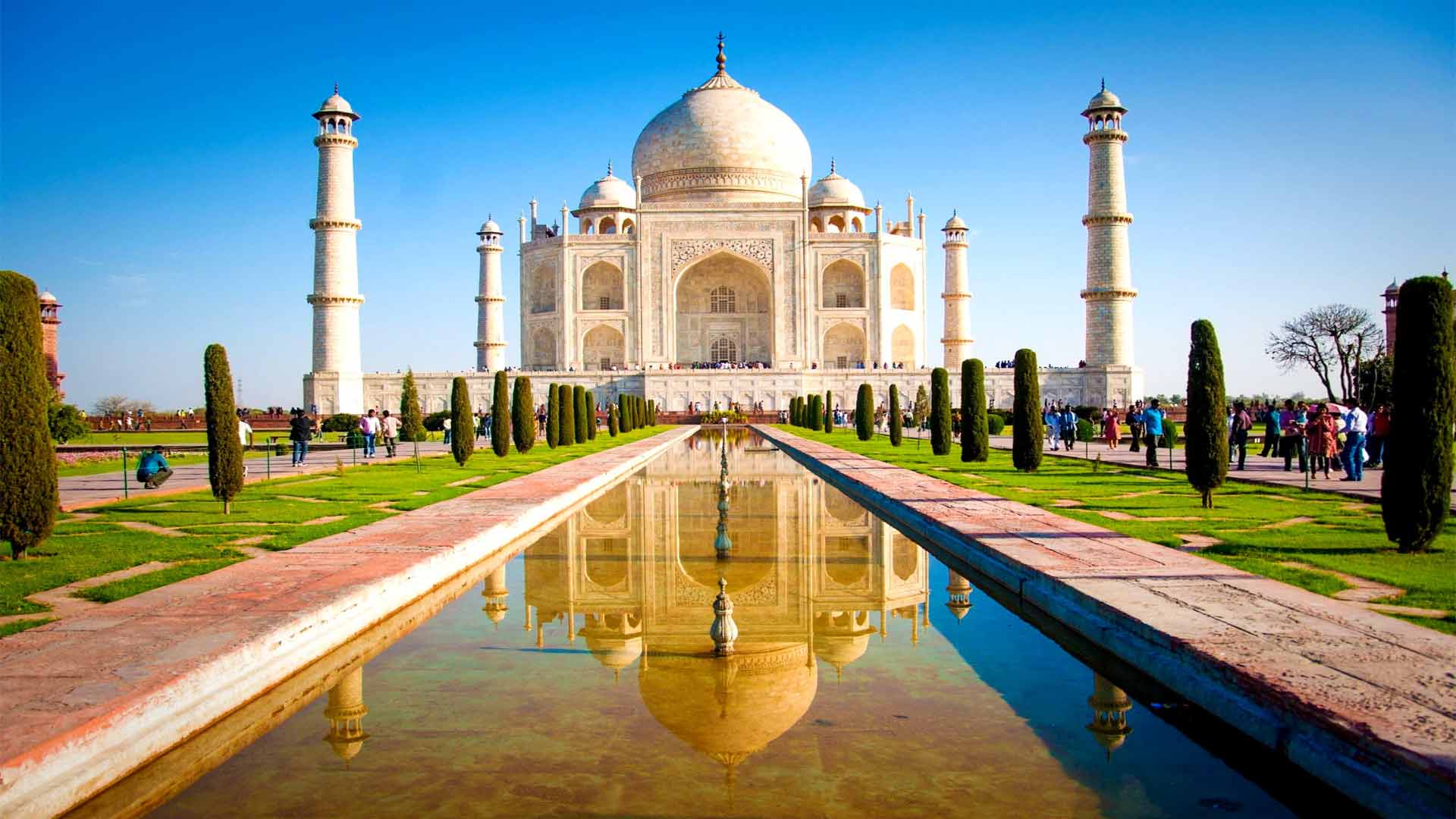 Taj Mahal[/caption] Emperor Shah Jahan built this memorial for his favorite wife, Mumtaz Mahal. Do you know that every year, the number of tourists who visit Taj Mahal is twice the population of Agra city? Taj Mahal is considered as one of the most enchanting buildings of the world. Taj Mahal was built in 17th century, using marbles and ornamental stones. The main building inside the complex took eight years to be completed and the rest of the complex was done in 1653. When he was imprisoned in Agra Fort by his own son, he requested to be jailed in a tower with a window overlooking the monument. 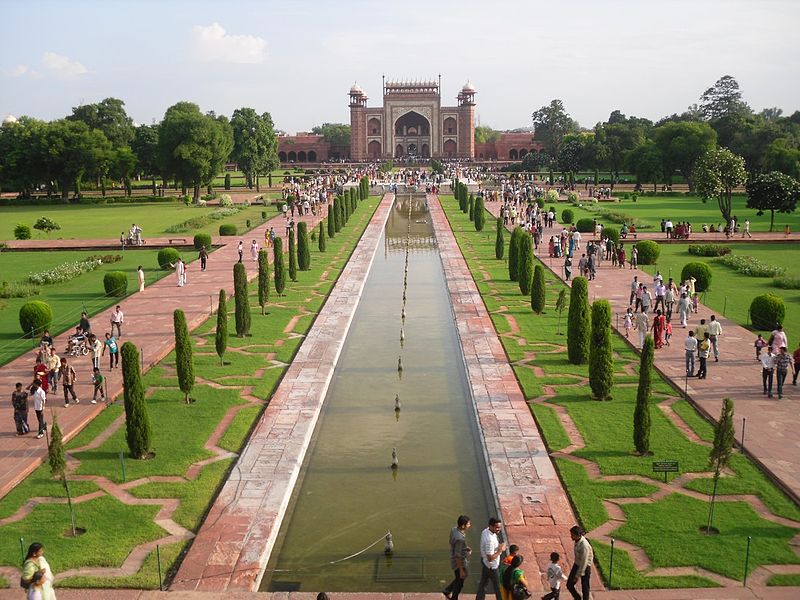 Taj Mahal is the fruit of hard work of 20,000 Indian and central Asia workers. Inside the complex, you would find ornamental Persian gardens with watercourses and plinth, white minarets, red-sandstone mosque, central main Taj structure and so on. Do not end Agra with these structures. Take a road trip to Fatehpur Sikri, another heritage site, which is located a little away from the main city of Agra.

Only 40,000 tourists will be allowed into Taj Mahal per day, so plan accordingly. 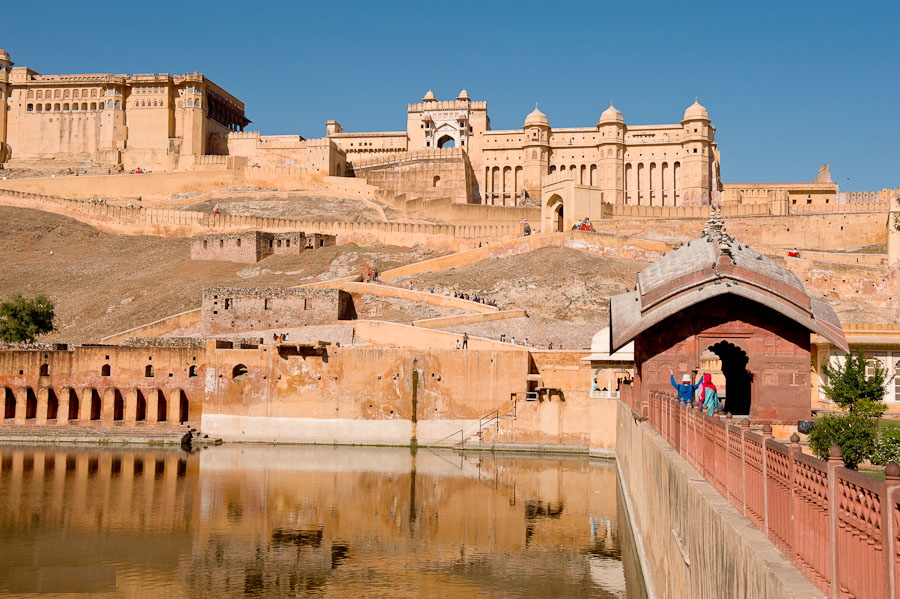 Of all the iconic heritage sites of Jaipur, Amber Fort is an interesting one. It is a massive palace complex, holding numerous palaces, courtyards, temples, mosques and other structures. Visit the fort on the back of an elephant to get the royal feel. If you are an animal activist, choose jeep safari. Visit the monument via Suraj Pol and visit the courtyards, Siladevi temple, Hall of Public audience, Hall of Pleasure, Jai Mandir, Ganesh Pol and others. Visit the fort at the evening to enjoy the Amber sound and light show. [metaslider id="8684"] Suggest Article: Top Reason to Visit Sawai Madhopur Ranthambore

Indians – INR 100 for morning and INR 100 for night entry Foreigners – INR 500 per head for morning and INR 100 for night entry Guide fee – INR 200 per guide Audio guide – INR 250 For exclusive Jaipur vacation, choose Travelogy India’s top suggested tour packages like: Read On: 20 Most Visited Forts and Palaces in Rajasthan This is the top list of exotic heritage sites of Golden Triangle. However, it is not the exclusive list. Other heritage sites to visit in this circuit are Agra Fort, Jantar Mantar, City Palace and others. Beyond heritage site, you can find many historic monuments like Hawa Mahal, Akbar’s Tomb, Nahargarh Fort and others. If you wish to cover Golden Triangle with luxury trains, choose itineraries like: Must Read: 10 World Heritage Sites to Visit with Maharajas' Express For more details about the luxury trains and the current offers, visit https://www.travelogyindia.com/luxury-train/.