India a vast country with thousands of traveler and tourists visiting this land of sages, beauty and colonization. However, there are certain destinations within the country, where tourists from foreign country love to venture more. The reason can very well be attributed to the culture, food and culture of these places. While GOA can be said to be one of the most visited places in this context, there are certain other destinations too which add to the attractions of foreigners. Below are listed such places through India. Out of the all these destinations there are some which can really be traveled during the monsoon season.

For most of the people who visit this country; India is not considered to be a place to venture during its rainy season! But quite contrary to the wide-spread opinion, there are several off – beat travel destinations which can not only be visited but enjoyed during the monsoon season. July and August are the rainy season of India. Here is the list of 15 Ultimate Destinations of India to Visit during Rainy Season.

Who has not heard about Munnar; the tea plantations have of South India. Its a place well appreciated amongst photographers who like to click on the dew drops falling from the tea plant leaves. The fog and mist filled mountains, lush greenery and the rains also much of an attraction. It's a good place to venture in the off – season. 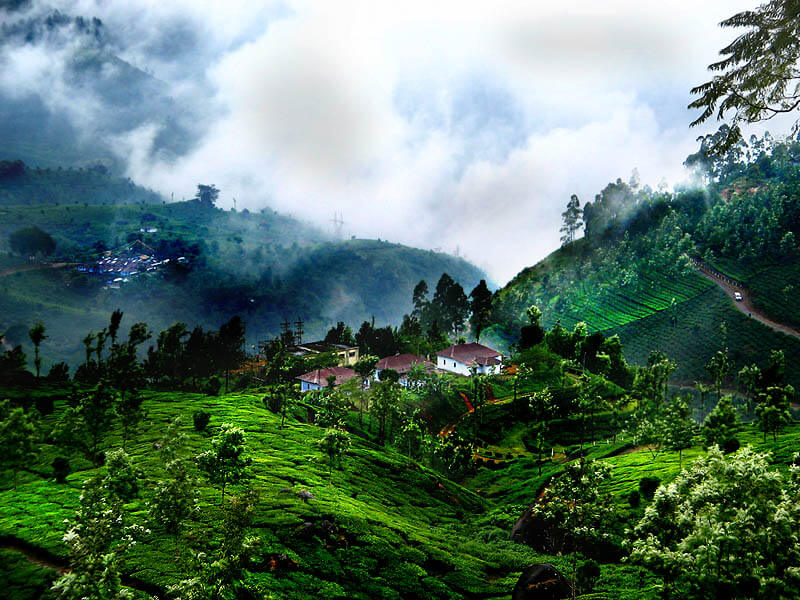 Kodaikanal is a dreamer's destination, away from reality in the midst of mother nature and its beauty. It is one of the popular hills station of Tamilnadu. It’s a kind of euphoria which engulfs its visitors when one reaches here. It’s an ultimate destination, especially in the month of August when nature spreads its wings in all the directions and leaves one speechless. With waterfalls splashing all around, it's more than mere words can say. 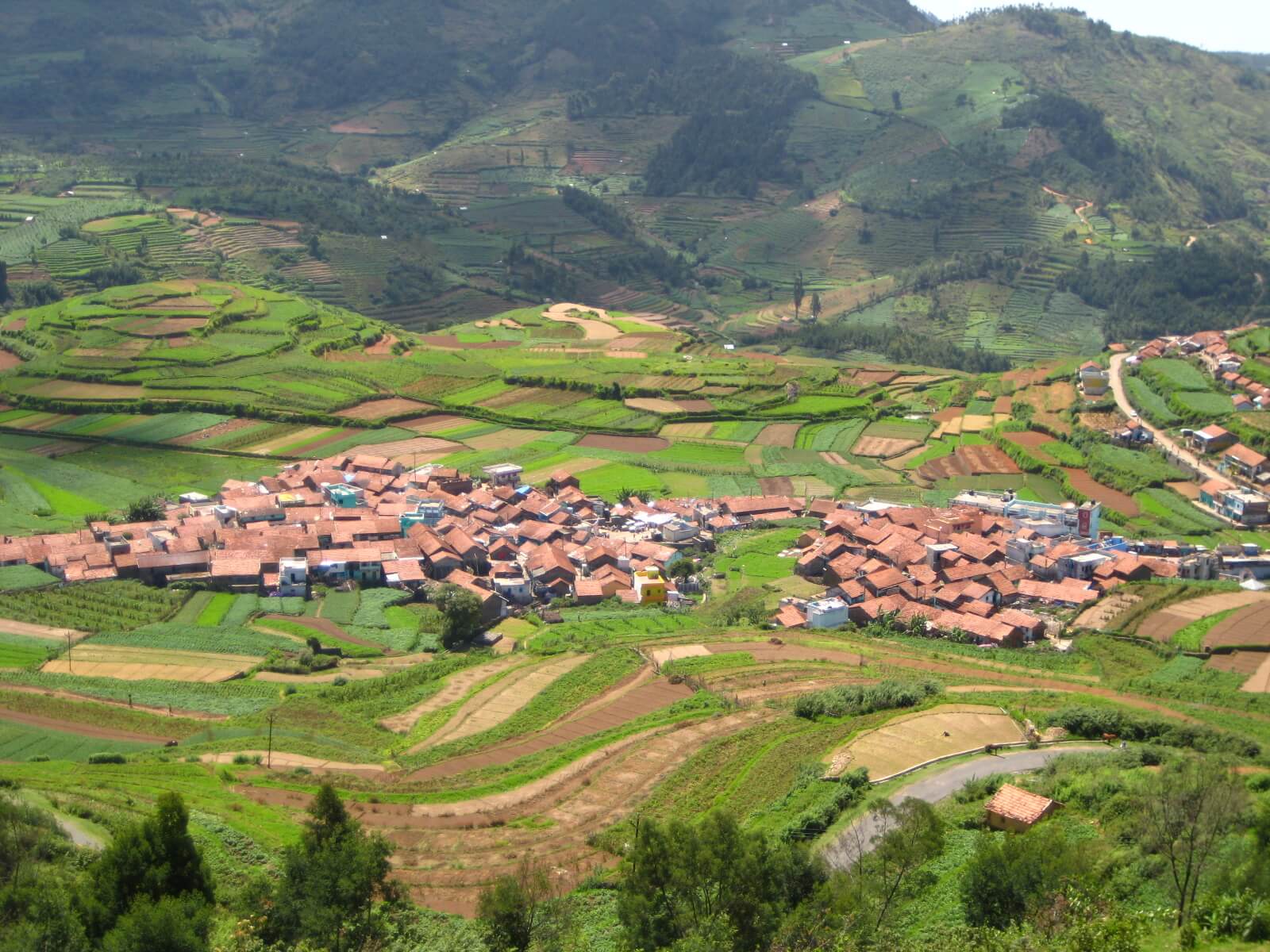 Lahaul Spiti is actually a dream destination of many. One of the most less populated destinations, it is worldly known for its beautiful abandoned palace, dot less natural beauty, Skiing, Yak Safari and trekking paths. This place is generally closed during winters. It’s a good destination in the months of July and August when the temperature is moderate and oxygen is in abundance. 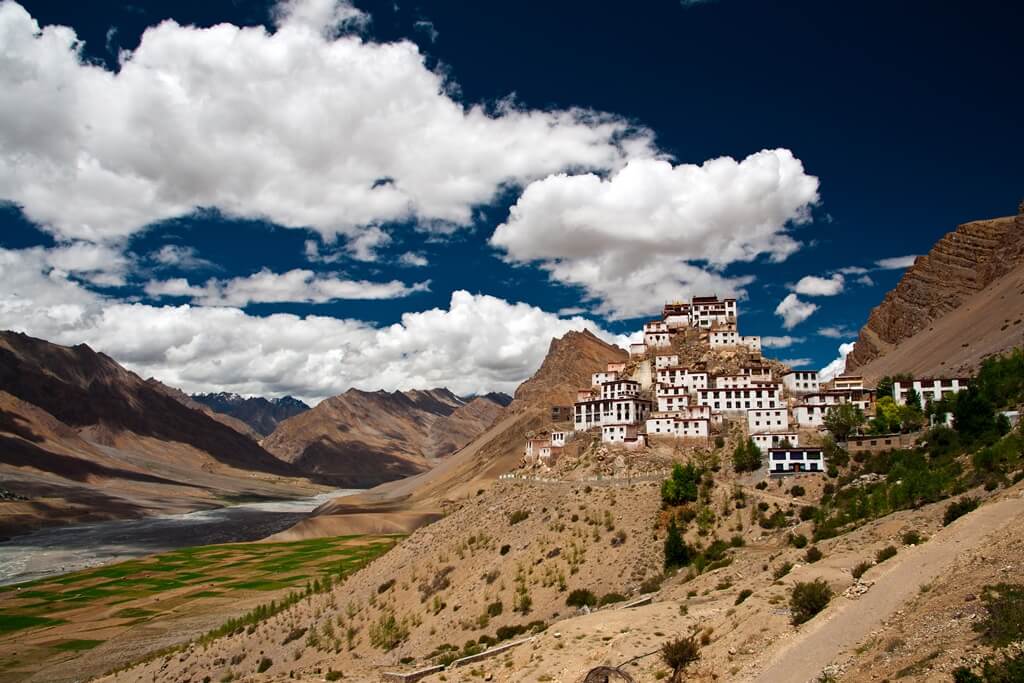 Bikaner is another destination which welcomes its visitors in the month of rains. While May and June are extremely temperate, July and August offer a pleasant stay. Its nearby destinations like Junagarh, Lalgarh, Gajner are also worth the visit. This destination offers great shopping. One can shop here for blue pottery, silver jewellery, bronze wares and cultural dresses. Karni Mata Temple also known as Rat Temple is also another destination which is visited by many in this place. 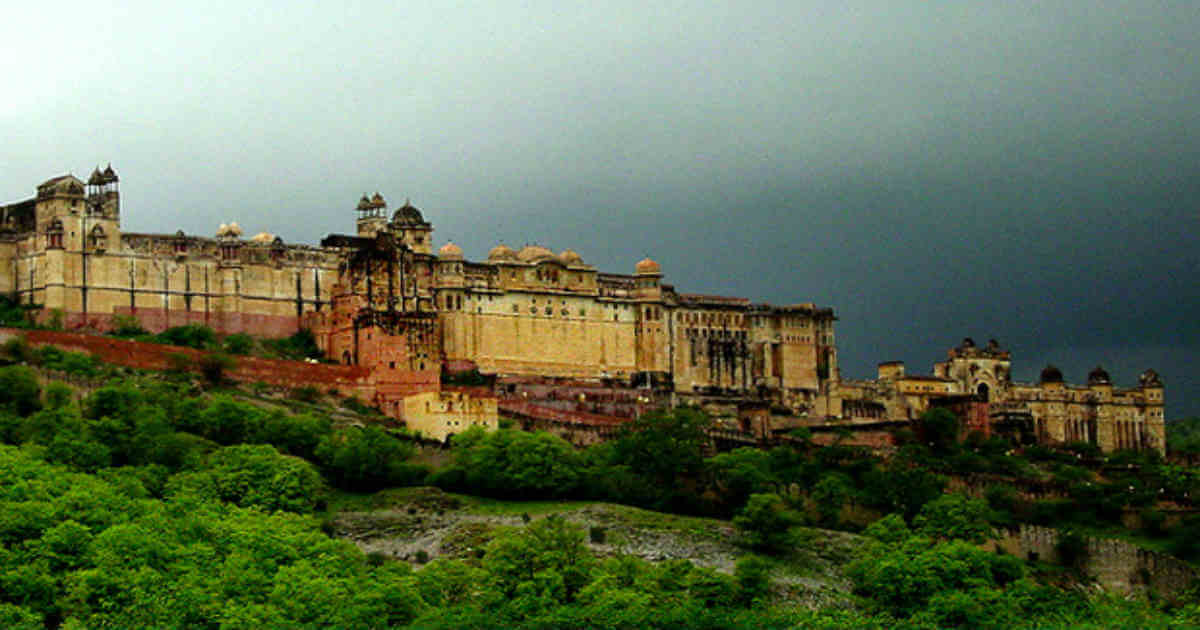 Some years ago, this destination was considered to be the wettest place on earth. However, today, it stands second when it comes to being the wettest place on the planet. It’s a fantastic place for those who love walking in the rains and get excited even at the thought of the trekking with light showers on their face. It is the place well known for its orange flower honey as well as double Decker tree bridges accompanied by lush greenery all around. 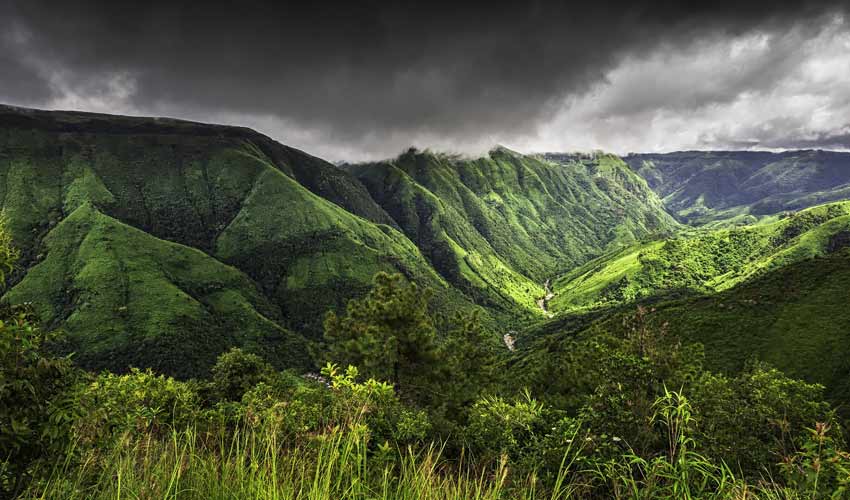 Although the name is not that common amongst tourists as compared to other destinations, Agumbe of Karnataka is one of the most popular treks of South India. Most commonly visited in the month of August, it very much visited for its Hoysala Empire Temples, high point art gallery which is ages old and its famous Vanilla flavored tea. 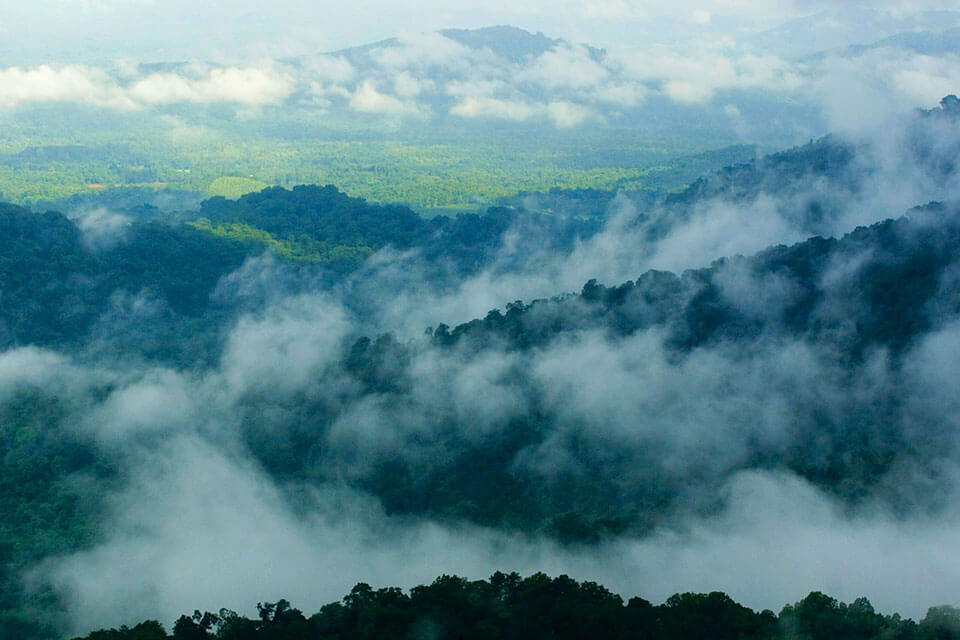 Pondicherry is one of the popular destnations in Tamil Nadu and another place more famous amongst foreigners than Indians. There are two reasons for this – first this Portugal colonised city is well breathed in Portugal culture and ideology. Secondly, the food of this place too is fully dipped in Portugal taste and aroma. The major attractions of this place include the Jawahar Toy Museum, French War Memorial, Pondicherry beach and the Paradise beach.

Mandu is basically a ruined city of the Medieval India in Madhya Pradesh, yet it is world known for its architecture and design which has stood the test of times. It’s a considered to be a haunted place with the famous story of Rani Roopmati and the last Sultan of Malwa still existing in this place. Locals consider and believe that the spirits of both eternal lovers still loom around in the ruins after the dark. So, anyone interested in studies of Haunted places, gets a warm welcome here as the spirits are not considered to be at all harmful!

Valley of flowers is not just another destination; it’s a World Heritage Site as well one of the most beautiful and awesome places India has Got! It’s once in a lifetime must visit destinations. Known for its endless meadows, thousands of colourful flower beds and sky which changes its colour just like changing moods. It is also a home to some of the endangered species like Snow leopard, Brown bear and Musk Deer. August is the best place to be here when all the beautiful flowers blossom and plants begin to germinate. 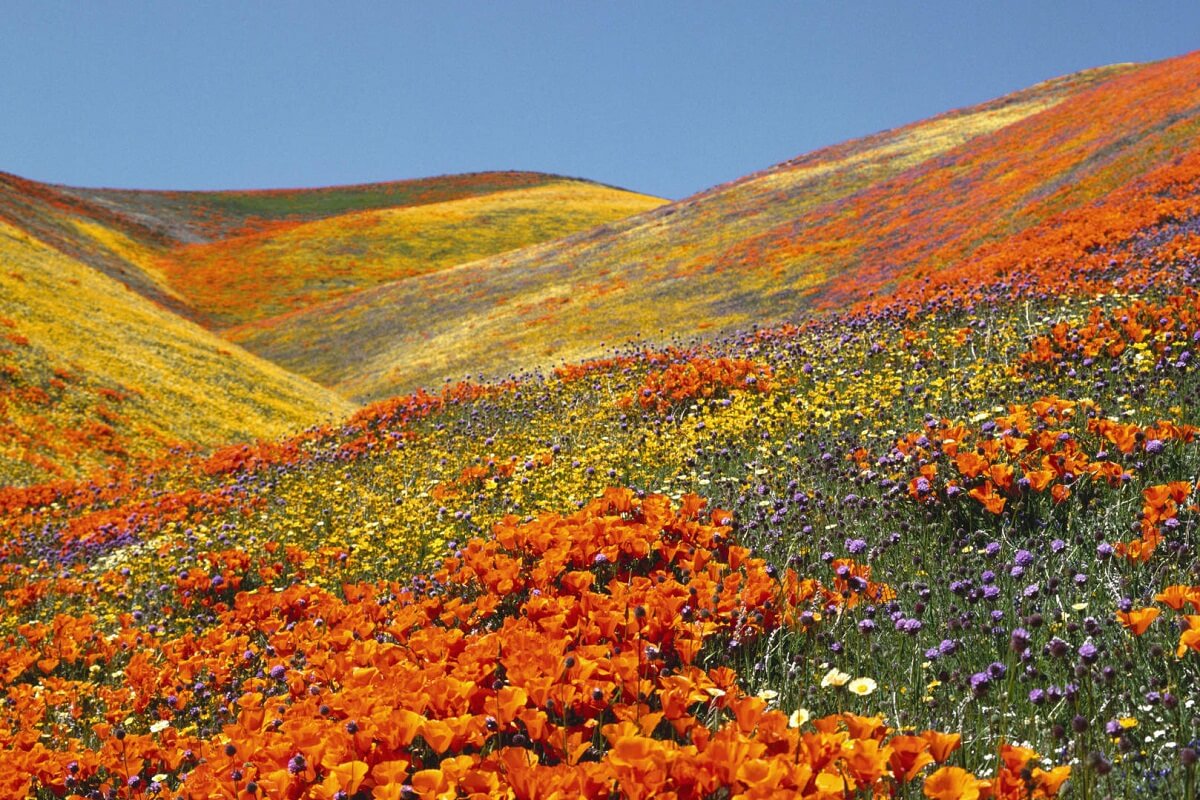 Mussoorie, once the most loved hill station of the Britishers; offers a unique spectra during the monsoon season. Walking down the narrow lanes of the hill station, it is very well known for its Bhatta and Kempty falls. 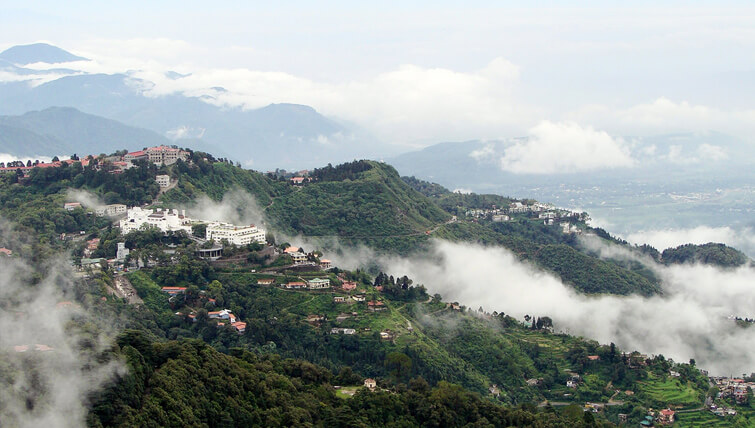 Udaipur is one of the royal destinations of India in Rajasthan, where the Royal rule still plays a pivotal role; is a not to be left out. Surrounded by lakes from all around, monsoon brings out a different sight of the place. Also considered the Venice of the East, it’s well admired by foreign tourists for its City Palace, Lake Palace and the Pichola Lake. Many of the visitors also book a stay in the City Palace, which offers a royal stay in the palace. 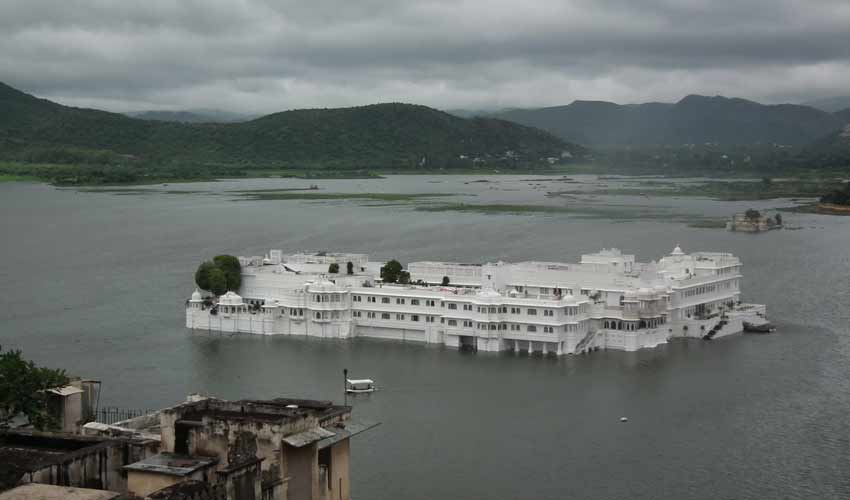 Considered to be India’s Amsterdam; Kasol is visited by almost every foreigner who goes to Himachal Pradesh. It’s a place known for its full moon beauty, hippie culture, overflowing Parvati river, treacherous roads, trekking through pretty pastoral pastures, architerually designed wooden houses, rock climbing, Parvati pin pass and Sar Pass Trek. It’s another ultimate destination for those who like walking through the woods amidst light rains, showers and fog! 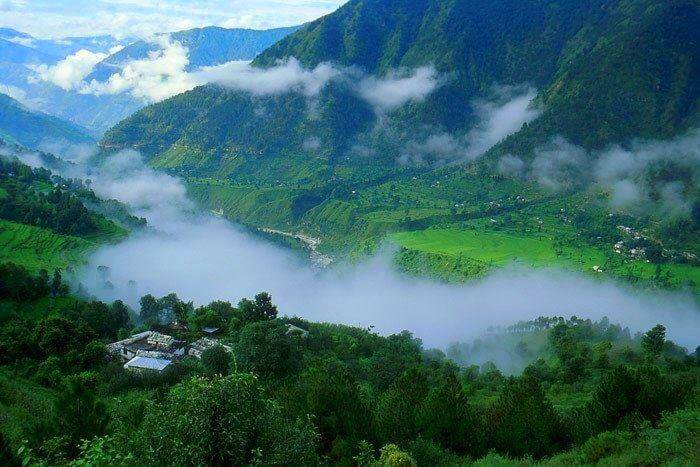 When it comes to Rajasthan, one cannot forgot Jaipur. This Pink city is almost one of the most coloured one filled with architectural designs. Visit this place and marvel at its ages old structures coloured in pink, standing the test of times. The list includes names like City Palace, Hawa Mahal, Nahargarh Fort, Lakshmi Narayan Palace, Lake Palace and Jantar Mantar. 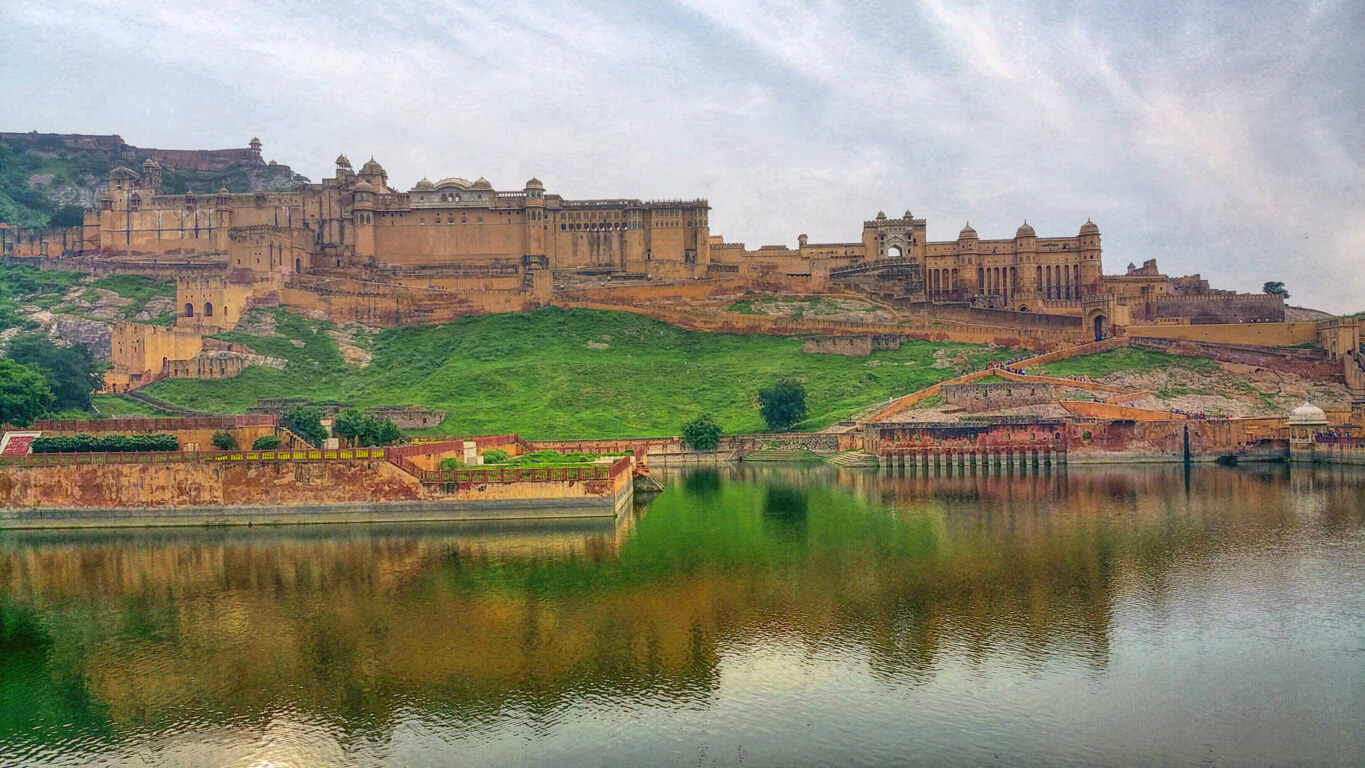 Coorg is a very well – known hill station in Karnataka, also known as the Scotland Of India! This enchanting place gets a new fresh look at the seasonal waterfall and rainy season of July and August. For those who love water sports and water activities, it’s amongst the best destinations. It’s also a natural paradise with lush greenery, water flowing all around and flowers blossoming. Those who love to capture nature at its best; this too is one of the best times around the year to do so. 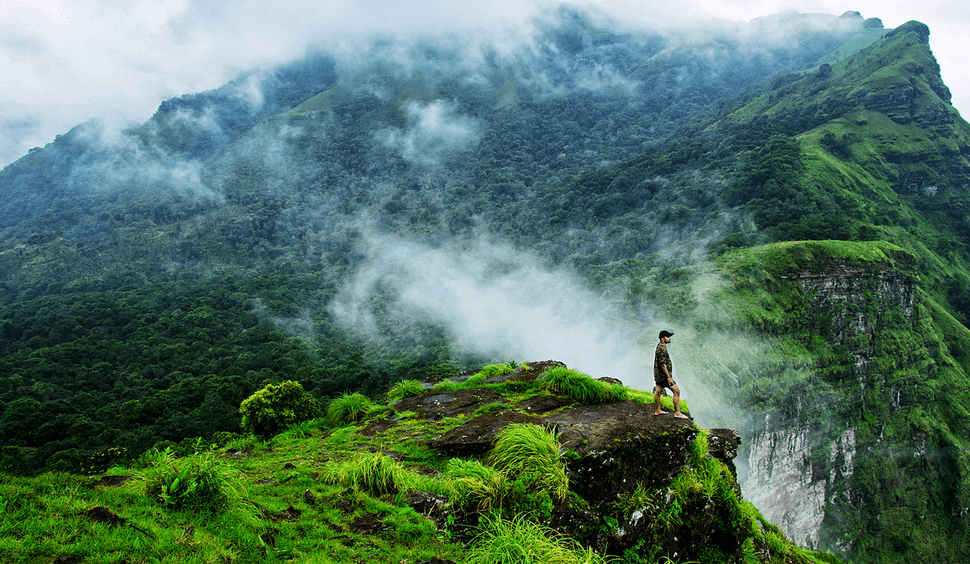 Hampi, is an ancient villlage in Karnataka. It’s a backpacker’s refuge as well as a historians charm. It’ s pages are deeply dipped history, its temples filled with sounds of workers and architects working day and night to build the temple and the chants of sages! It’s one place which speaks for itself and words seem to be less when it comes to the architecture of the temples of this land. Travellers come here to evolve, ponder and become more than what they are! 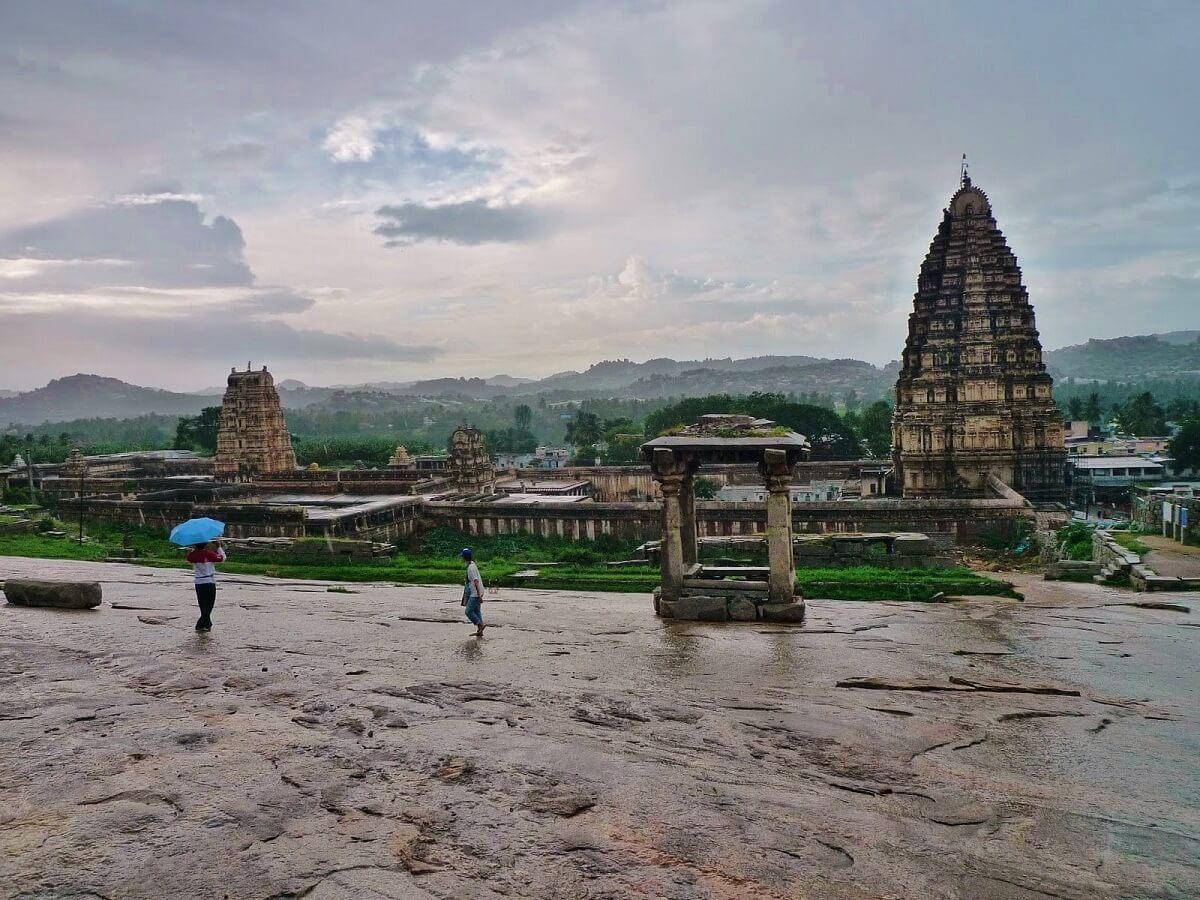 Read More : Top 5 Things To Do In Hampi

All the above destinations are unique in their own way. These places are not only different but also more popular amongst foreign tourists rather because of their ambience, cut off nature and vastness. The food, the stay and the cleanliness all are apt for travellers who come from outside India.

The richness and heritage of these places are much more than words can say. Safe and pleasant, these places only have certain pre-requisites like a legal passport, VISA, documentation and hotel booking.

In addition to the above, one just needs to take care of small yet important things like always carrying a tour guide, a bottle of mineral water, malaria vaccination done, local phone number – if on a month’s visit and the local Emergency Number 100. To be on the safer side, still, one can choose a verified travel agency like Travelogy India who can do all the things in advance as well as ensure a safe journey. And that’s all one needs to do for a happy Bon Voyage!

Top 10 Places to Visit in August in India