Bhutan, a majestic sight for tourists is located at the foot of Himalayas. Bhutan is especially known for its alluring flora and fauna. The most amazingly its dense forest, numerous varieties of animals, and birds represent the nature to its beyond level. Every year thousands of tourists visit here to explore the beauty of nature, however, its climate changes from chilling weather to hot as well.

Bhutan truly consists of many Wildlife Sanctuaries and National Parks which give an amazing opportunity for animal/nature lovers to experience it from more closely. For that, below you will find some of the famous and icon Wildlife Sanctuaries that you must visit in Bhutan. 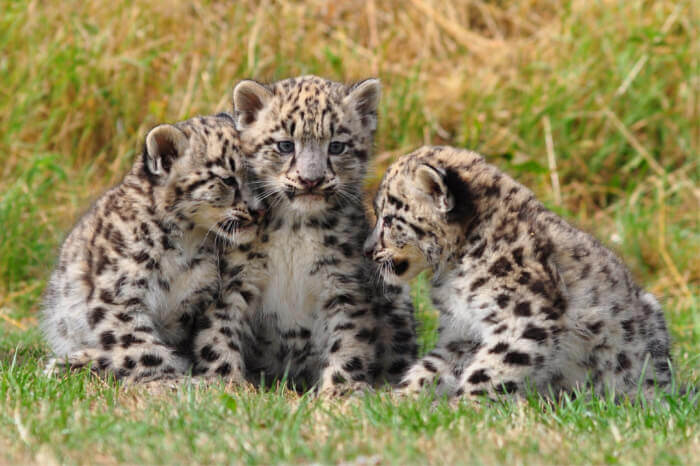 Sakteng Wildlife Sanctuary is situated in the eastern edge part of the empire and covering an area of 650 sq. and is the newest protected zone in Bhutan (started in 2003). The sanctuary is a region of lost habitats that were found. It offers a wide variety of habitats of Himalayan flora, including alpine meadow, temperate forest, and dry wide leaf woodland.

Species of birds have included Assamese macaw, the pheasant of the hair, the grey-backed shrike, the grey-headed woodpecker, the black hoopoe, the rufous vented tit, as well as the rosefinch. Plantlife comprises the national flower of Bhutan, the blue poppy, rhododendrons, primulas, and Gentiana, all of which during the springtime turn the park into a garden of colors. There are also many medicinal plants such as Cordyceps.

Bundling Wildlife Sanctuary is situated in Bhutan's northwestern portion, covering an area of 1,545 sq. 420 sq. Km. This shares international borders with northern China's Tibetan zone and northeastern India. The park features nearly 100 species of animals including critically endangered animals like snow leopard, Royal Bengal tiger as well as a red panda. Each year from mid-November to early March about 150 black-necked cranes spend their winter in Bumdeling. Bundling Wildlife Sanctuary is also a butterfly paradise: 130 creatures have been reported and this area should be inhabited by an additional 120.

Besides stunning beauty and variety, there are many significant social and religious places in the sanctuary, including Rigsum Gompa, the holy Singye Dzong, and Dechenphodrang Lhaghang perhaps the most beautiful monastery in the world. The societies have such a heritage of generating Dapa (wooden bowl) and Desho (handmade paper), Thangka (Buddhist Painted scrolls) and bamboo belts for stitching bamboo mats are among the Sanctuary's local values which contribute to the local economy.

This is the smallest protected area in the country, with an area of 273 sq. km. Mainly it is populated by wild animals such as Elephants, Guars, Pygmy Hogs, and Hispid Hares. The Jomotshangkha Nature reserve adjoins a nearby Indian wildlife sanctuary since it is situated on the southern border of the country. The sanctuary has been one of the hotspots of biodiversity; it falls within the domain of Indo-Malay. The habitat of one of the critically endangered species including Pygmy Hog and Hispid Hare is identified.

The sanctuary's altitude varies from 200masl to 2300masl consisting of Tropical rainforest Forest, Cool Broadleaved Forest, Warm Broadleaved Forest, few grasslands across the southern fringes. No study has been conducted to date on the presence/absence of the critically endangered species of Pygmy Hog and Hispid Hare in addition to the survey questionnaire in 2014 but the rest of the species have been confirmed by camera trapped images. 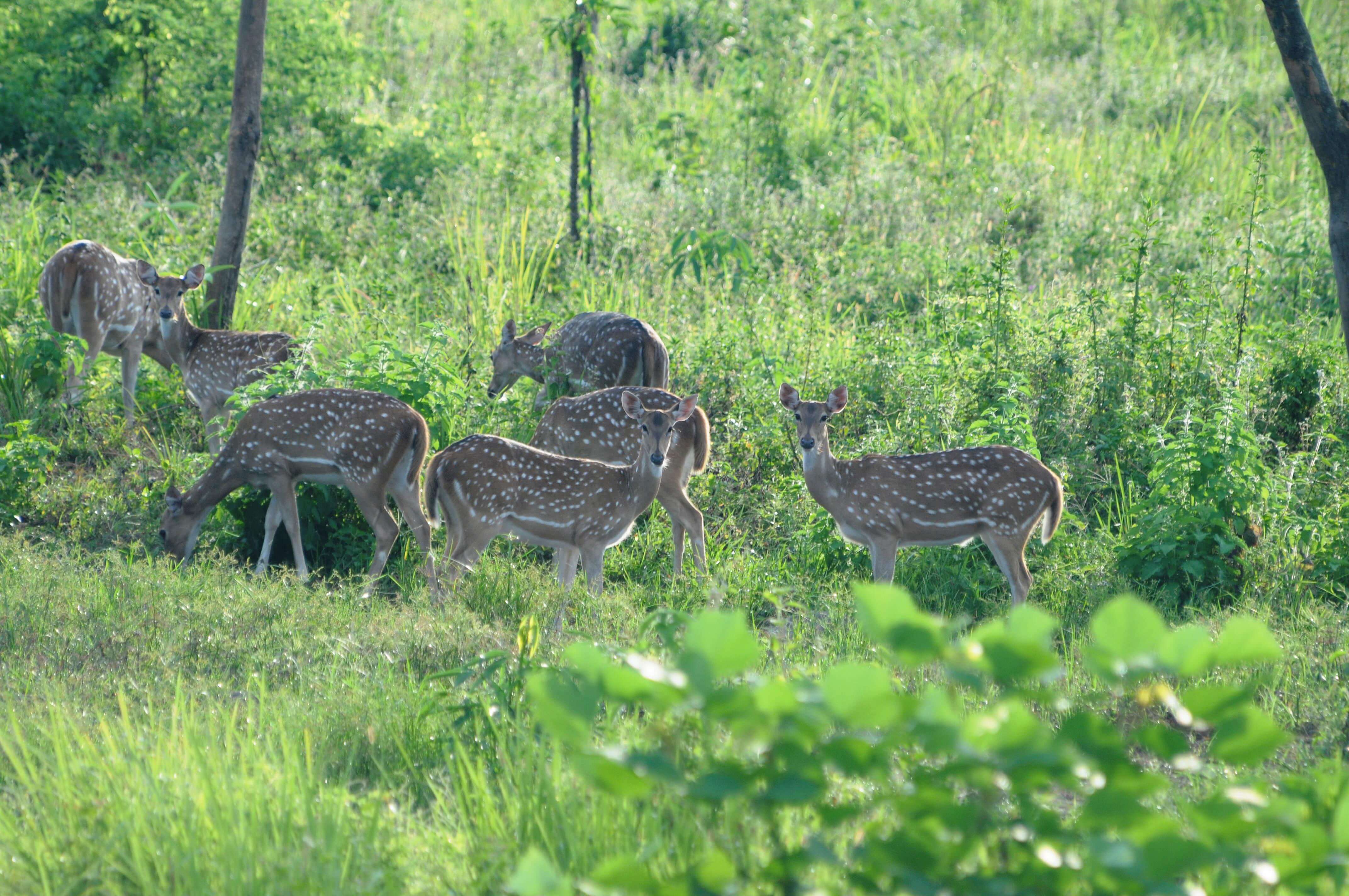 This relatively small protected area is situated about 50 km from Phuntsholing, near the southern boundary with India. It spans 278 sq. km and varies in height from 200-1600 meters. Rare and exotic species can be found including Elephants, Tigers, Gaurs, Spotted Deer, Axis Deer, Hornbills, and Golden Langurs. This park is the only known Sal Forest to be located in Bhutan.

Much has been done since 2009, with WWF funding. Both assessments were completed and park demarcation was completed. The park is going to have its own management plan very soon. Also this year the park will launch its new headquarters building in Thoemba village, Singye block (land buffer).

PWS has proven to be the potential habitat of the globally endangered White-bellied heron along the Phibsoo River and Longa River in the recent past. It has more than 300 acres of pristine subtropical rangeland, potentially the prime habitat of pygmy hog and hispid hare. Phipson base will still be used as a base camp for surveillance and patrol purposes. Nevertheless, it would ease the pressure for the foresters in Phibsoo base with the new headquarters in Singye. 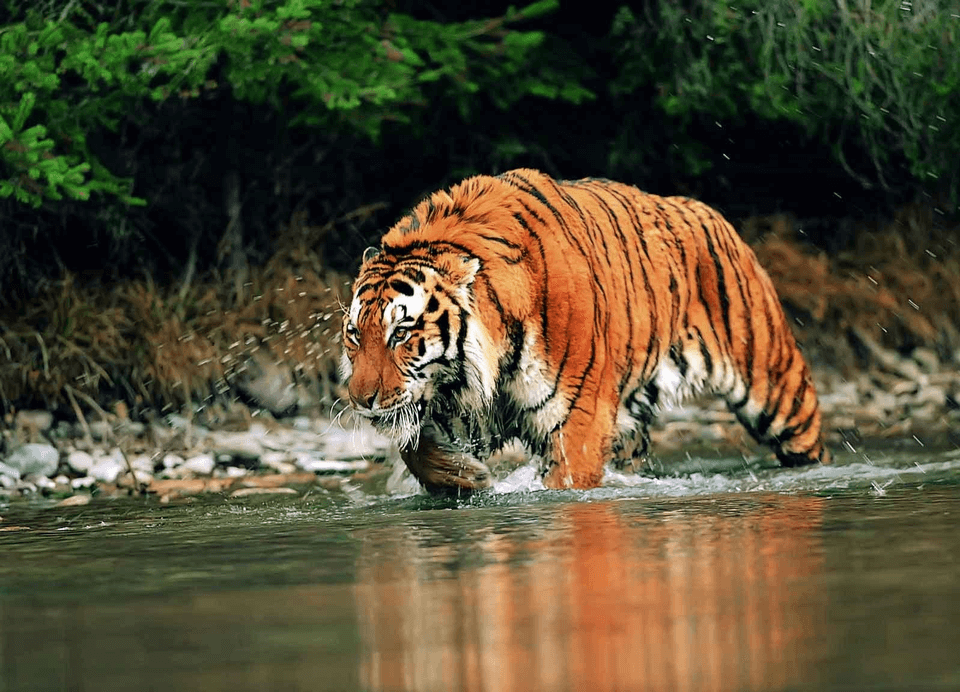 Crown Jewel of Bhutan, Manas National Park is the largest representation of Bhutan's tropical and subtropical habitats. This park has only lately been open to the public and provides thousands of plants and animal species, some of which are extinct in the wild globally, not only being the most diverse protected area in the Kingdom but also considered to be one of the biologically outstanding parks worldwide.

Lying in south-central Bhutan, Manas is linked to the Manas Tiger Reserve of India, a World Heritage Site, at the southern border. To the north, it sits on the national park Jigme Singye Wangchuck. In 1966 Royal Manas designated a sanctuary for wildlife making it the oldest protected area in Bhutan. In 1993 the region was upgraded to a National Park.

Royal Manas has large atmosphere variations. The monsoons from May-September bring over 5,000 mm of rain. Winter rainfall is marginal and from November to March, the climate is extremely pleasant. 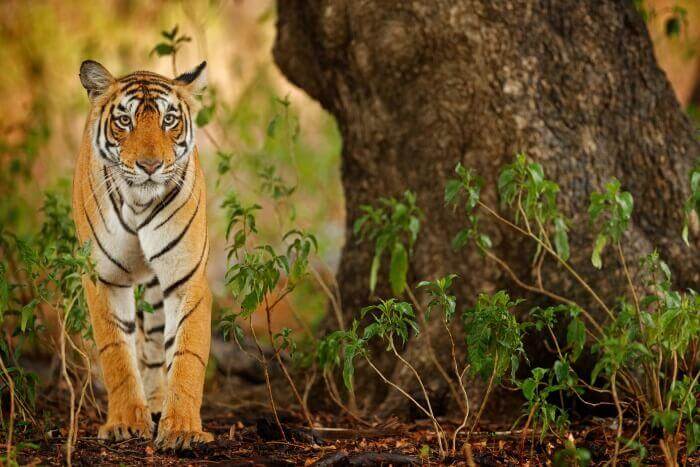 In June 2008, the government opened the Wangchuck Centennial Park as a national park. It is the largest national park in the kingdom with an area of 4149 square kilometers. Several high mountains, such as Mt. Gangkar Puensum, are situated on the edge of the park.

The park is located in the north-central part of Bhutan and has six different regions of Dzongkhag. Bomdeling Wildlife Sanctuary to the east, Jigme Dorji National Park to the west as well as a seamless ecological corridor to the south, the park is perhaps the most important place of the Bhutan network of protected areas.

There are two main types of plants within the park are Fir trees, and Hemlock, Spruce, Juniper trees. It encompasses three ecological regions and six separate vegetation groups, namely the cool broad-leaf trees, the mixed-coniferous forests, the Fir forests, the Juniper forests, the Alpine woodlands and the Scrubs and the Alpine Scree.

With a floor area of 4,349 sq. Km. The main protected area in Bhutan is the Jigme Dorji National Park. It's one of the Eastern Himalayan region's most biologically rich areas, extending from warm wide leaved forests to perpetual ice fields and ice caps on the northwestern boundary of Bhutan.

This abundant plant and animal diversity are compensated for by the monsoon rains and a diverse topographical gradient, from just over 1,000 meters above sea level to over 7,000 meters. Numerous flowers are found in the alpine region, along with the national blue poppy, edelweiss, orchids, and rhododendrons.

Charismatic animal species such as the Snow Leopard, Takin, Lion, Black Bear, Blue Sheep, and Red Panda occupy the forests and hills of the park. This could be the only location the Royal Bengal tiger and snow leopard populations converge in the country.

Bhutan's Jigme Dorji National Park preserves three temperature zones that are typical in the region, with their high variability in elevation. There are ice fields that stay frozen throughout the year while there are warm and cold sub-categories for the broadleaf forests too. Even though the alpine grove has a mild temperature, heavy-altitude herbal baths, and hot springs fit the cold atmosphere at low altitudinal gradients beautifully.

Situated in the central part of the country, Jigme Singye Wangchuck National Park spans 1,300 square kilometers and is the second-largest protected area in Bhutan. Strong ice peaks fell to small conifers and broad-leaf forests. The park remains one of the highest undisturbed forest trails in the Himalayas. Various altitudes and rainfall have produced a wide range of climatic conditions, making it home to many species of plants, animals, and birds.

Phobjikha Valley, a strip of land in the park, is the Black Necked Crane winter refuge. More than 260 marvelous winter cranes in Phobjikha annually. Side of the park is home to some 20% of Bhutan's tiger population, and the park itself is an important link between the northern and southern tiger populations.

It's the only strict nature reserve in the region spanning Haa and Sam. It is home to Takin, Serow, Red Panda, Himalayan musk deer, Himalayan Thar, Tiger, Common leopard and Cloud leopard with its rich tropical to alpine vegetation. It is between 1400 and 4800 m in altitude and has an area of roughly 609,5 square km. The flora mainly consists of the Broad-leaved Forest and the Alpine Meadows. This is the only nature reserve in a country if there is no human population at all.

The park has an abundance of genetic species and a diversity of ecosystems of global importance with its tropical to alpine vegetation range, several animals such as Takin, Serow, Red Panda, Himalayan Musk Deer, Himalayan Thar, Tiger, Common Leopard, Cloud Leopard, etc., are the pride of the reserve.

It is located in the heart of the country with a region of 905 square kilometers. With high mountains exceeding more than 3,000 meters high and untouched land, varying from the alpine to the subtropical broadleaf. At 94 percent under the forest cover, the Biological Corridors have become an indispensable central point. The portions of Bumthang, Mongar, Lhuentse and Zhemgang Dzongkhags fall inside the authority of the park.