With a variation in the land, the place offers a number of regions where you can spot different animals together. Enlisted here are the top national park and wildlife sanctuaries in Rajasthan -

The park lies in the Alwar district of Rajasthan and was announced to be a tiger reserve in 1978. Sariska National Park is the first reserve in the world which successfully rehabilitated and relocated The Royal Bengal Tigers which then disappeared.

It is a protected area which comprises rocky landscapes, grasses, hilly cliffs and dry forests. Other animals which can be seen in the park are striped hyenas, Chinkara, Nilgai, Jungle Cats, Leopards and Golden Jackal etc. Some beautiful birds can also be seen chirping here. 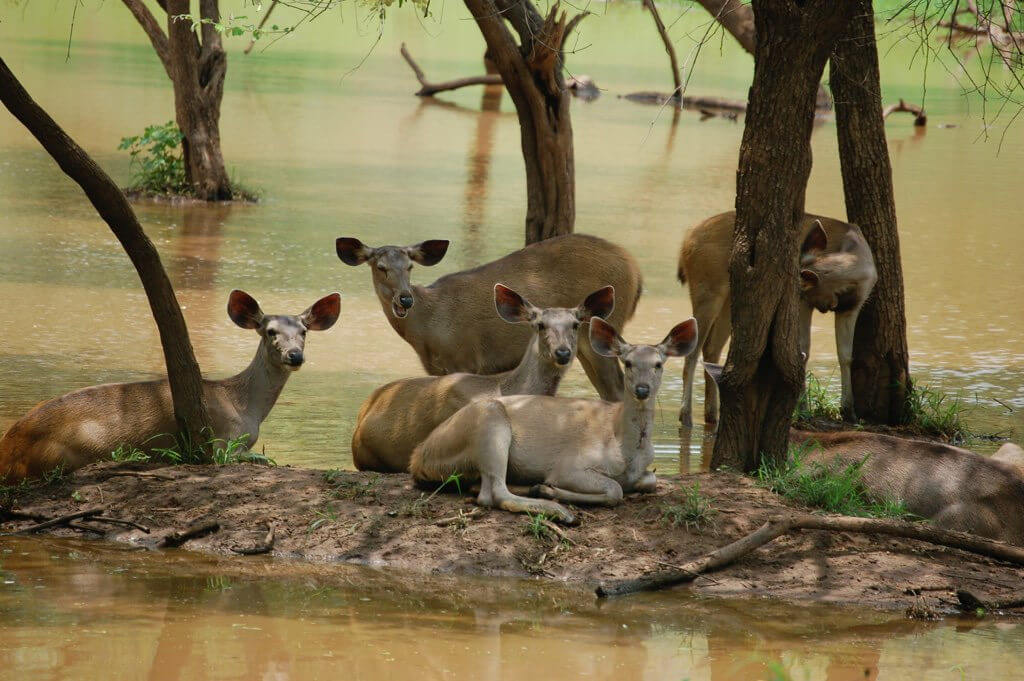 Ranthambore National Park is the fortieth largest national park in Northern India. The wildlife sanctuary is among one of the protected tiger reserves, which is most famous for its Bengal Tigers. It is one of the best places in India to see animals in their natural habitat. Tigers can be easily seen roaming around even in the daytime. The best months to visit the wildlife sanctuary are November and May. Indian leopard, Wild Boar, Striped Hyenas, Mugger Crocodile, Southern Plains Grey langur etc. are also included in the fauna of the park. Also, the sanctuary is home to a variety of plants, birds and the largest number of banyan trees in India. 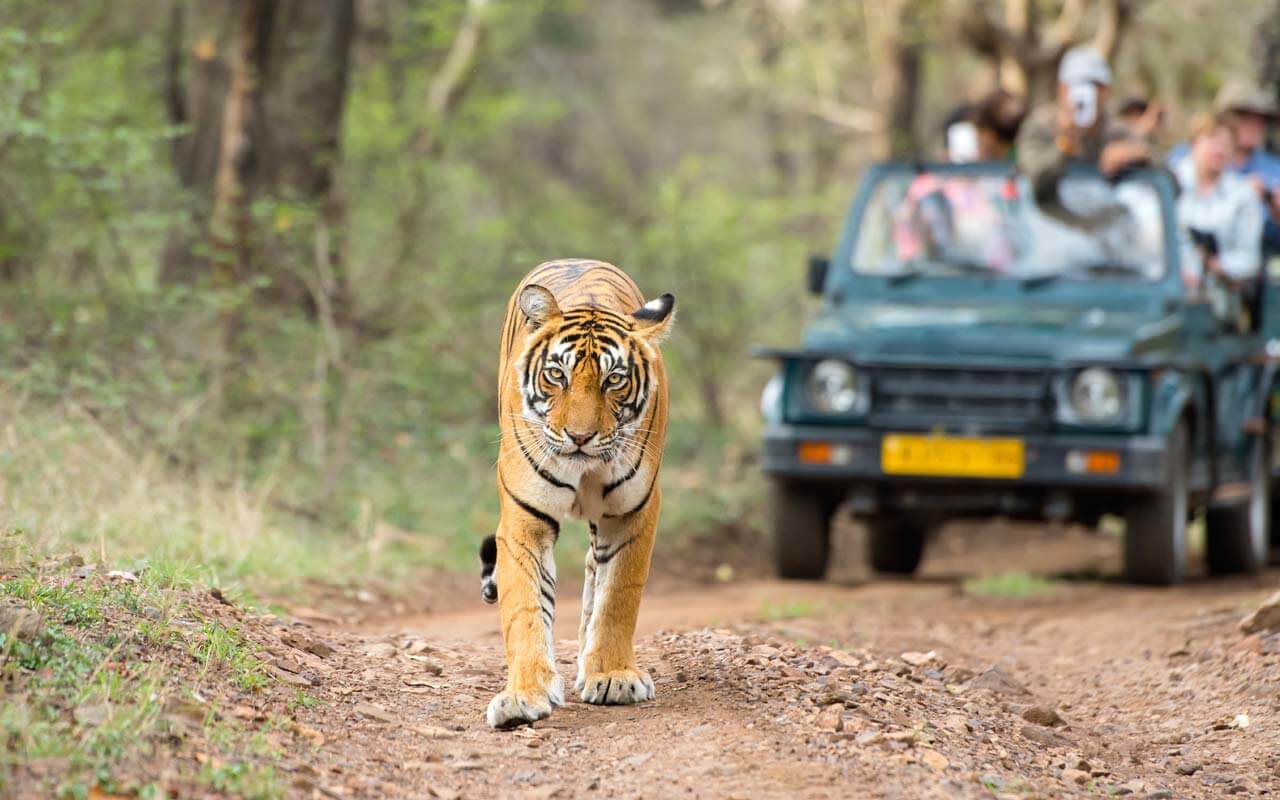 The desert national park is one of the most famous and largest national parks in India. It lies near a town of Jaisalmer. The thing which attracts a large number of tourists from all over the world is the unique landscape of the park. 20% portion of the park is covered with sand-dunes. Despite the beautiful landscape, the other attraction of the park is its birdlife. The region is a home for migratory and resident birds. The birds that are most commonly sighted are falcons, vultures, tawny eagles, spotted eagles, sand grouse etc. The endangered Great Indian Bustard is the major attraction of the park which can be found in fair numbers. November to January is the most suitable time for a visit to the park. 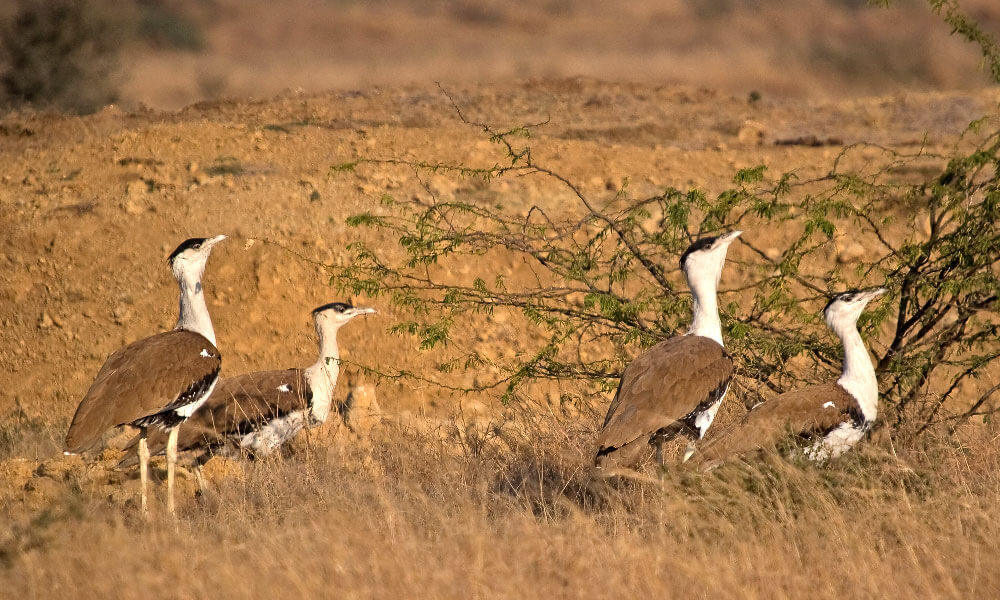 The sanctuary is located in the Aravalli range, one of the oldest mountain ranges in India. The park is very rich and has a variation in floral diversity with 112 plant families with 449 genera and 820 species. In Rajasthan, a variety of Orchids can be found only in Mount Abu Sanctuary. Along with fauna, the park has a number of animal species which includes Indian Fox, Common Langur, Wild Boar Sloth Bear, Pangolin, Common Mongoose, Indian hare porcupine, and Hedgehog etc. The rare Green Adavat is also commonly found here. More than 250 species of birds are also found here. The best time to visit the park is from April to June and November to February. 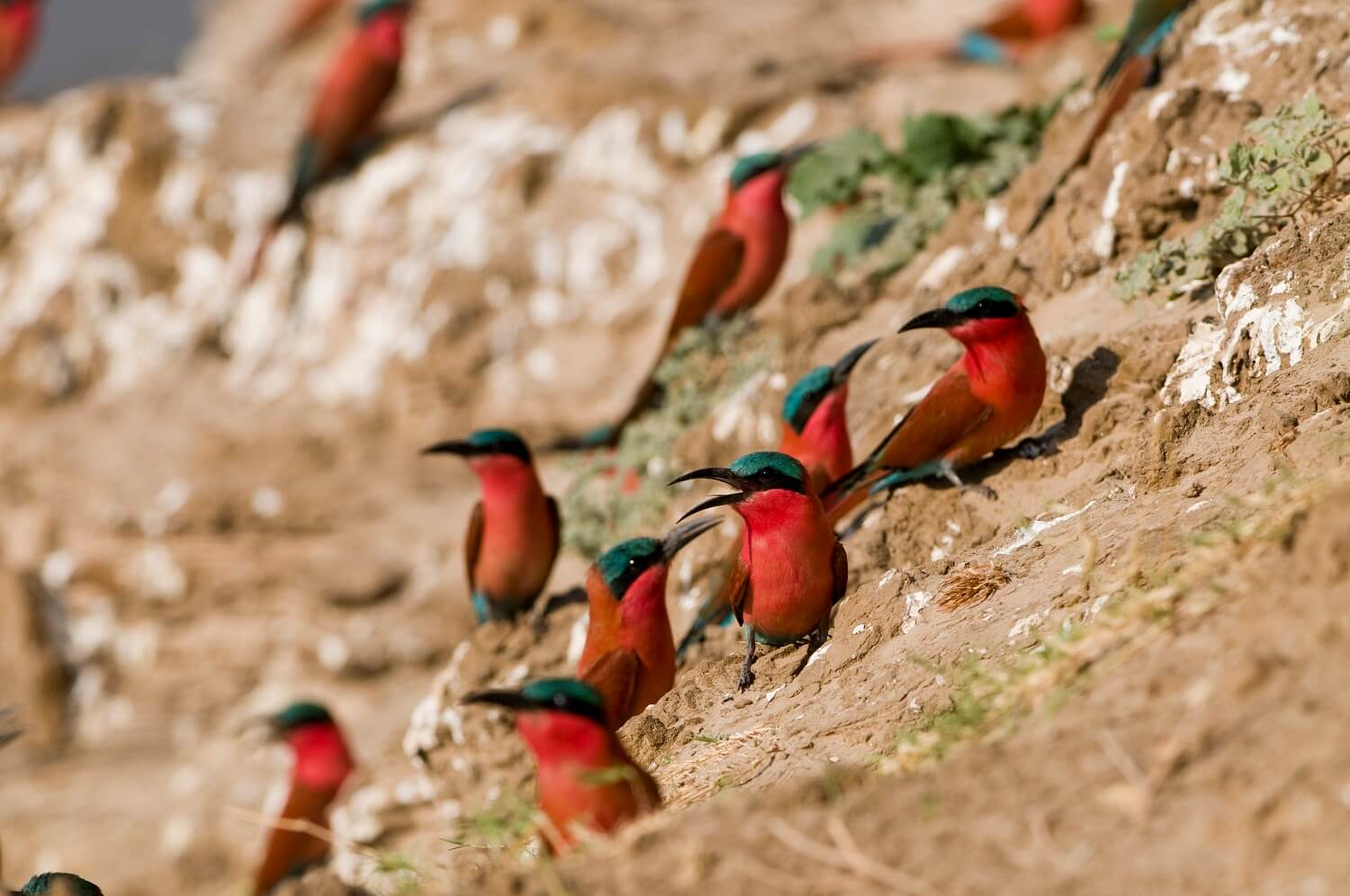 The Kumbhalgarh Wildlife Sanctuary surrounds the Kumbhalgarh Fort and extends across the Aravalli range. The sanctuary is home to a variety of wildlife and some of the highly endangered animal species. The fauna of the sanctuary includes hares, Chinkaras, Jungle Cats, Leopards and Wolves etc. A good number of bird species is also found here which includes shy and untrusting Grey Jungle Fowl, Peacocks, Doves, Parakeet, Grey Pigeon, Bulbul, and White-Breasted Kingfisher. Visitors can visit the sanctuary by foot tracking and horse safaris. October to March is the best time to visit the safari. 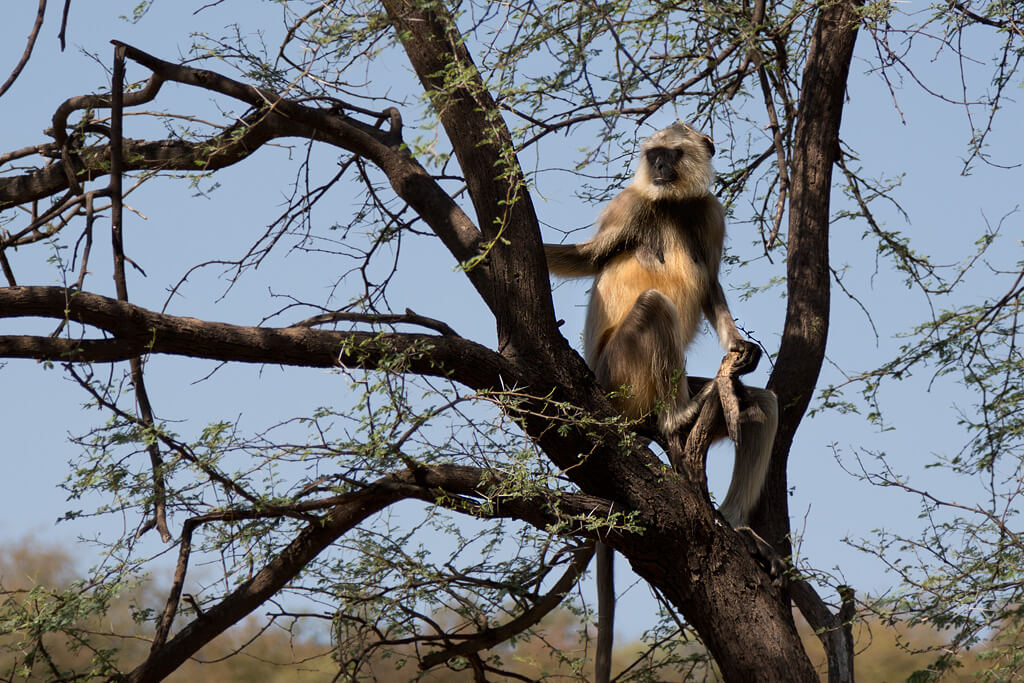 The sanctuary is situated in the Pratapgarh district of Rajasthan and gains attention as the chief attraction of the area. It is one of the most famous wildlife sanctuaries in Rajasthan and was declared a protected zone in 1979. The landscape of the sanctuary is rippling because of joining of the Aravalli ranges, The Vindhyachal Hills, and the Malwa Plateau. The sanctuary is often called a bird paradise and home to a variety of plants, trees and wildlife animals. The most commonly found birds are cattle egret, little egret, tawny eagle, Indian darter, grey heron, little grebe, little cormorant, white-eyed buzzard, black winged stilt, and several others. The major attraction of the park is Vegetarian Mammal Flying Squirrel. The commonly spotted animal species are Neelgai, Wild Bear, Spotted Deer, Porcupine, Jungle Cat, Fox, Jackal, Hyena, Leopard, Pangolin, Wild Boar, Caracal and Four Horned Antelope. 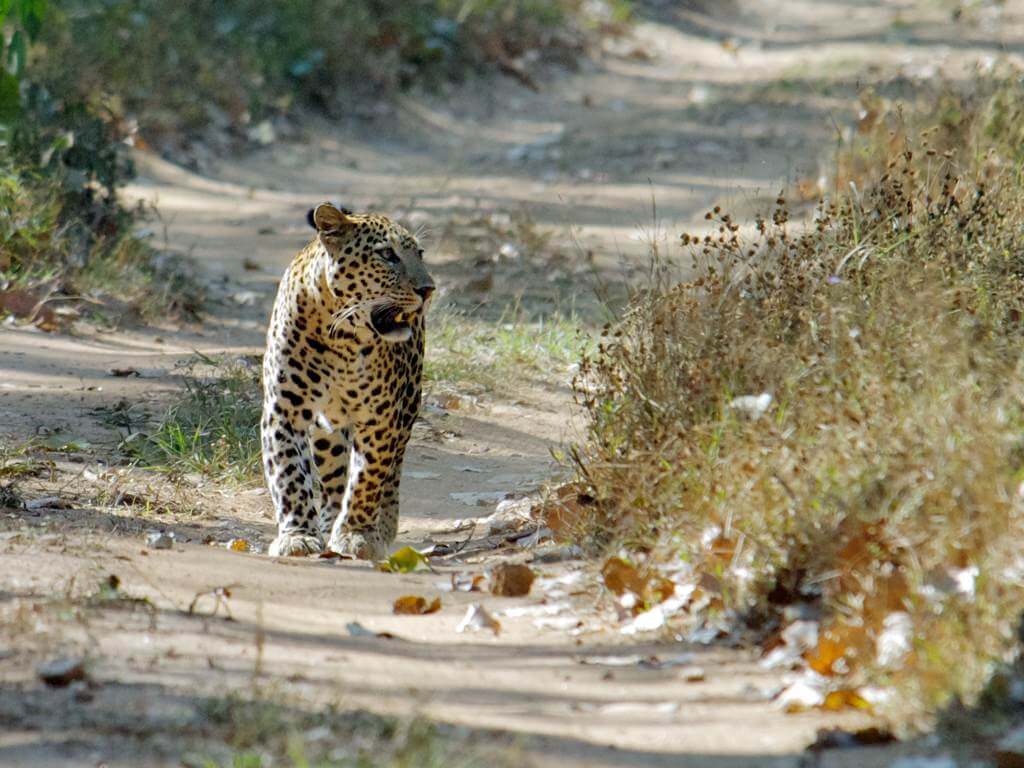 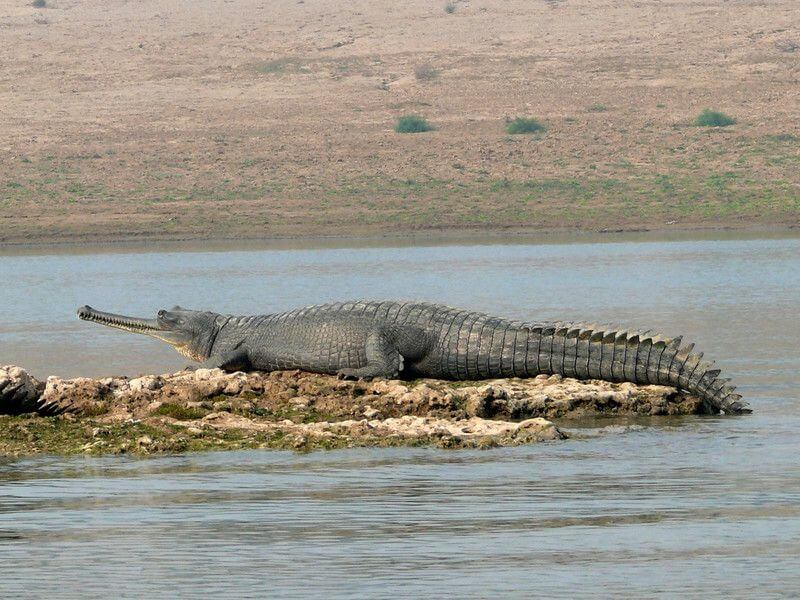 The sanctuary is a part of the Ranthambore National Park. It is one of the most prominent wildlife sanctuaries in Rajasthan and home to an immense variety of bird and animal species. The sanctuary is named after Keladevi temple which is situated within the limits of the sanctuary. Sambhar, wolves, hyenas, sloth bears, leopards, tigers, jackals, wild boars, chinkara, and others are the commonly sighted animals here. The visitors can have fun by taking jeep safaris and bird watching trips in the sanctuary. The best time to visit the sanctuary is September to March. 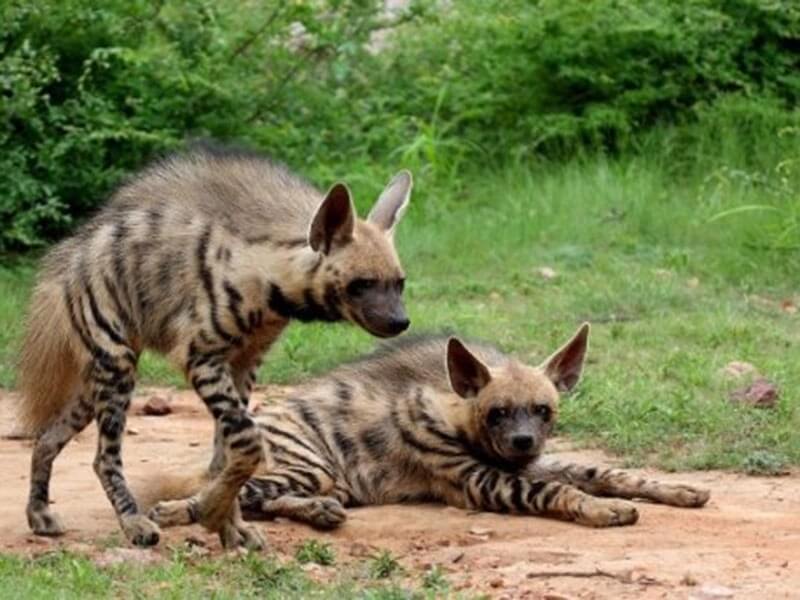 So, have an adventure with nature and wildlife of India.