10 Most Famous Mosques in India

Mosques in India are not just a religious symbol; they are grand architectural feasts for the eyes of the beholders. Most mosques in India were constructed by the historic Islamic rulers during their reign to exhibit power and opulence of the kingdom. India owes its diversity in culture and community to these historic days of having been ruled by several rulers of different religions.

While the religious iconography associated with mosques in general like the dome, arches and minaret are usually the same for all mosques in India, what truly distinguishes the grand mosques of the country are the fact that they are open for access to all except during the prayer times. People following any faith can visit these grand architectural marvels that evoke a feeling of peace and simplicity.

Here are the top 10 most famous mosques in India that are a must see for all:

This is the largest mosque in the country, located in the capital city of Delhi, which is capable of accommodating 25,000 people during prayer. The creator of the marvel Taj Mahal, was the ruler who also built this architectural extravaganza. The Jama Masjid is one of the popular tourist and historic spots in Delhi with several large minarets, arches and domes and doors. The mosque comprises of 4 grand towers and 3 large gates.

The minarets of the mosque are made of sandstone and white marble, with decorated interior walls that are still preserved in their pristine state. The mosque’s northern gate has 39 steps, south gate has 33 steps and the east gate which was made for the villagers has 35 steps. The floor of the mosque is made with black and white ornamented marble to resemble a traditional Islamic prayer mat. 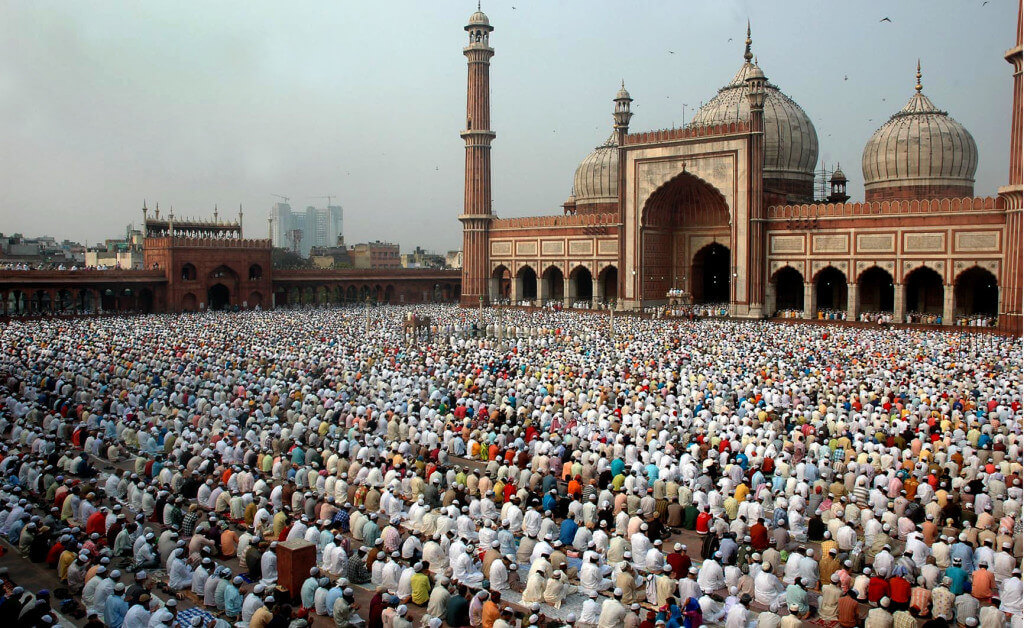 This grand mosque is located in the cyber city of Hyderabad and is located in the middle of the historic landmark spot near the Chowmahalla Palace, Laad Bazaar. The mosque is visible from the terrace top of the infamous Charminar in Hyderabad. This huge mosque is also one of the oldest in the country made by the 5th ruler of the Qutb Dynasty, Muhammad Quli Qutb Shah. Legend has it that bricks that make the mosque have been brought all the way from the Islamic holy city of Mecca in Saudi Arabia. This imposing structure is 75 feet high at the main prayer hall, with 220 feet of width, and 180 feet length. It is said that the imposing mosque took 77 years to be built with the hard labor of 8,000 workers. 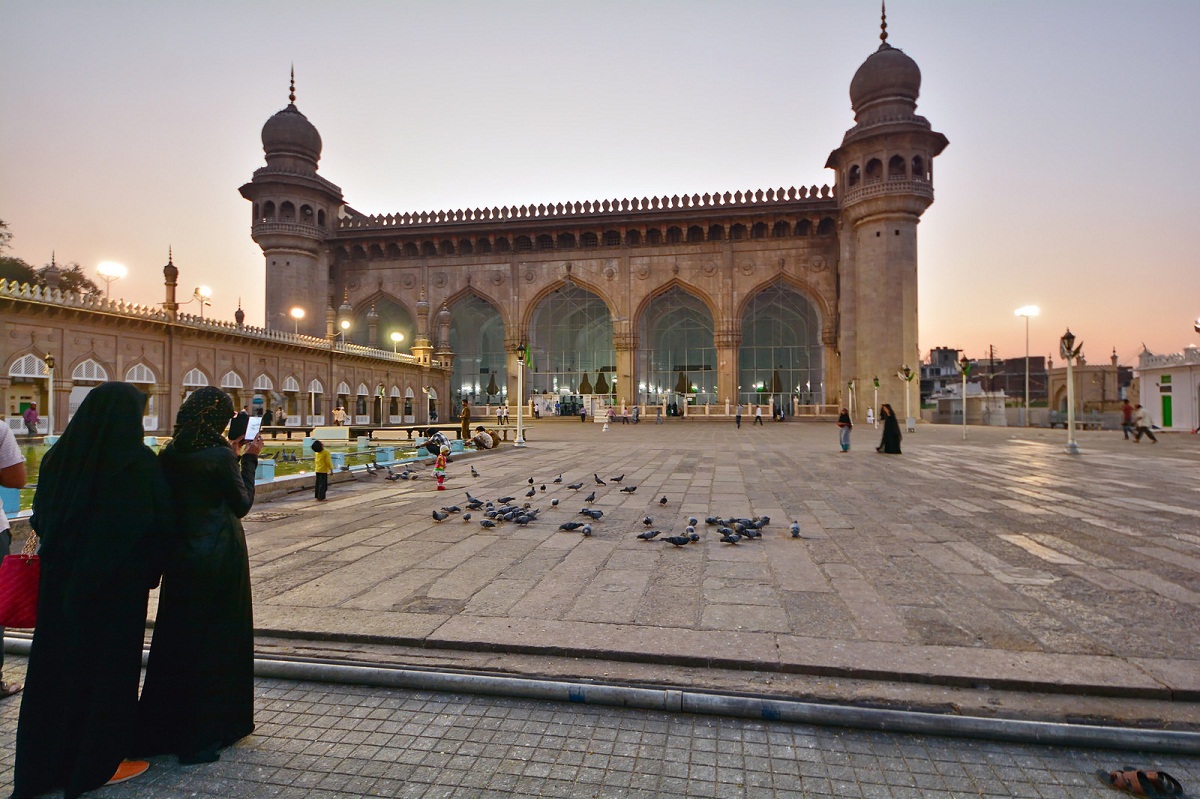 Roughly translated the very name of this mosque means “The crown of all mosques”; this large mosque is situated in the city of Bhopal, the capital of Madhya Pradesh. The mosque is known to be one of the tallest in Asia. It was initially built by the ruler Nawab Shah Jahan Begum of Bhopal (1844-1860), but the final touches were finished in the very recent times of 1985. The ancient motifs that decorate the entrance gate of the mosque are said to be taken from the mosques in Syria . Tat circa 1250 here are 18 storey high octagonal minarets that top the pink facade of the mosque. The Quibla wall is engraved with beautiful work that exhibit trellis work and is decked with 11 arches.

An architectural marvel, this is only structure in India this is the largest unsupported structure. The mosque is situated in the city of Lucknow, Uttar Pradesh and is revered around the world as a marvel of engineering. The mosque was built for a noble cause by the 4th Nawab of Awadh. The mosque is known as Nawab Asaf-Ud-Dowhala Bara Imambara or Asafi Imambara. 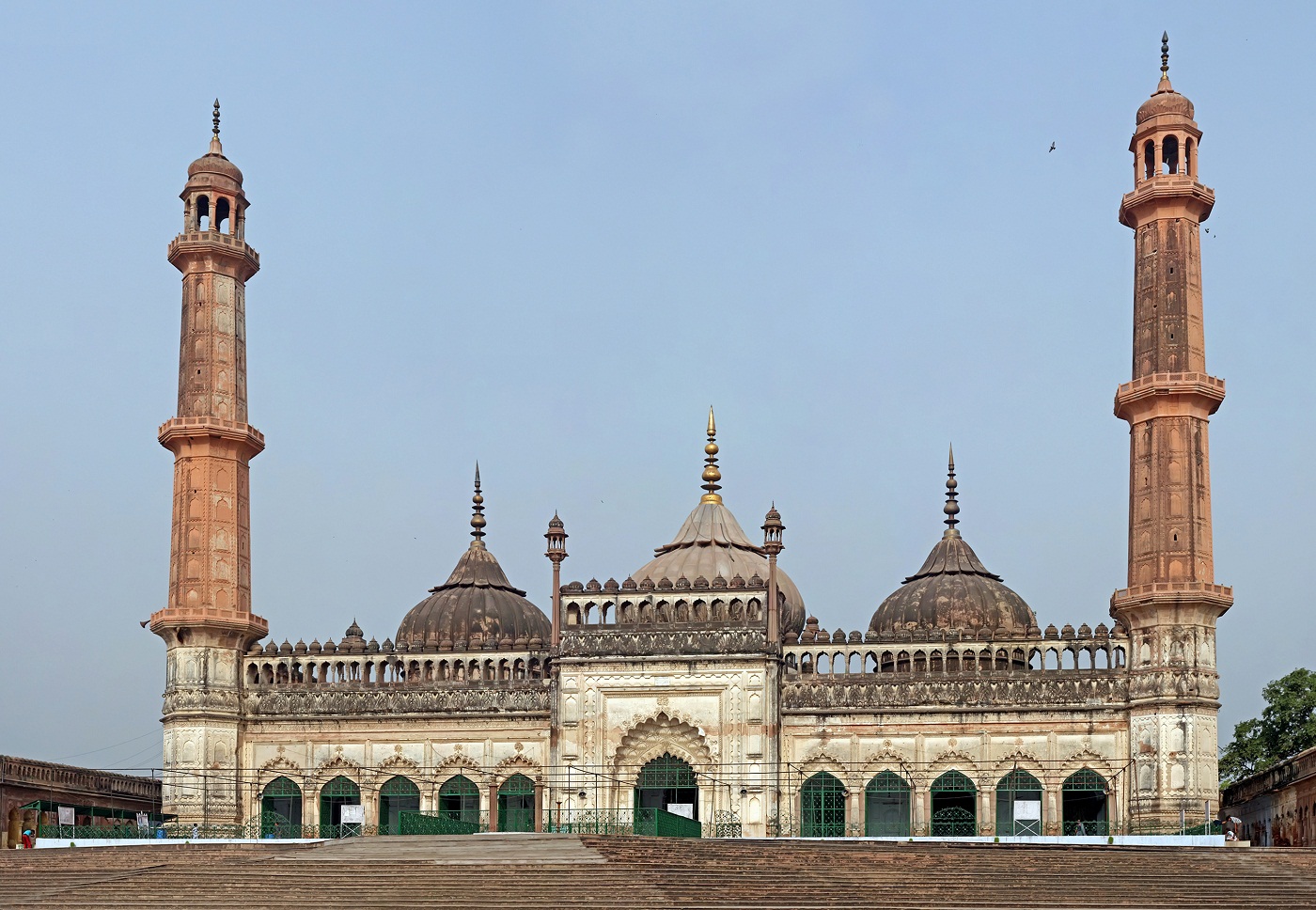 The construction of this mosque took 14 years to be complete which began in the year of 1784. There are curious striking elements in the building which is made completely of Lakhnawi bricks that are special small bricks. The arch in the central hall is a huge roof that is not supported by a single girder or beam. There is also a labyrinth within the mosque complex that includes 1000 passages, several stair cases that go up and down and 489 identical doorways. 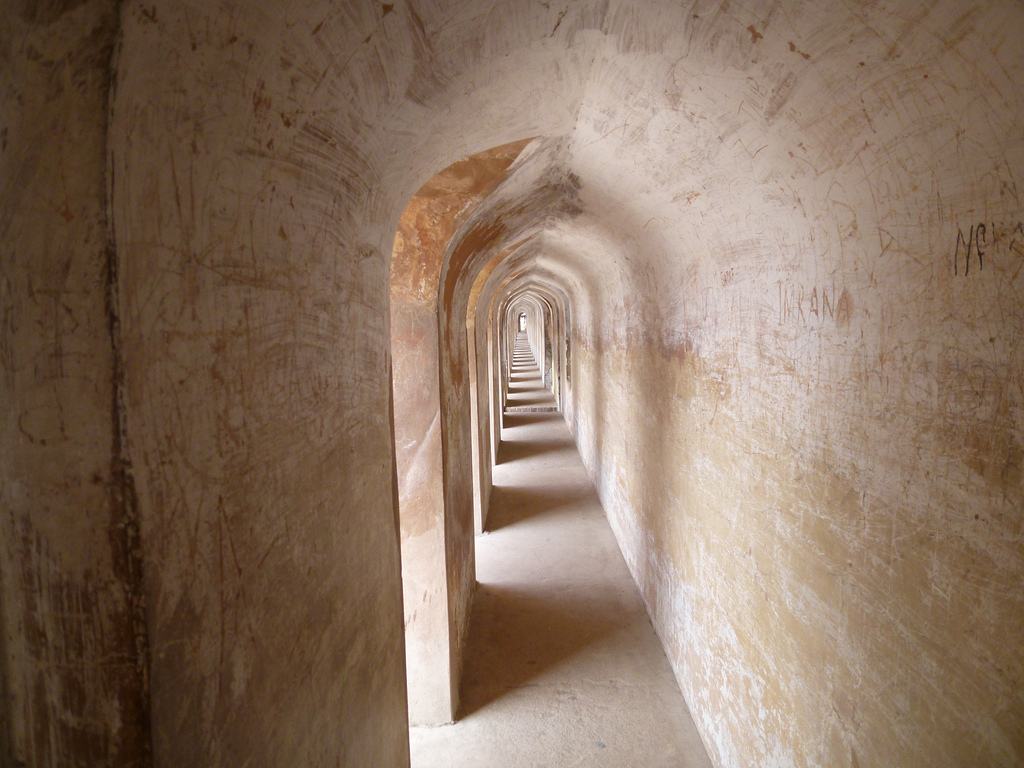 Yet another beautiful construction by the Mughal emperor Shah Jahan for his beloved daughter Jahanara, this mosque was constructed in the year 1648 in Agra. Presently the mosque houses the tomb of the revered Sufi saint Sheikh Salim Chisti. Carved mihrabs decorate the inner chambers of the mosque, there are two small rooms and a main chamber. It rests on a raised platform and in a large rectangular structure. Three large domes crown the mosque that are engraved with an inverted lotus and kalash finials – which is a special ornament found at the apex of the roof of mosques. The structure can accommodate 10,000 people at a time. 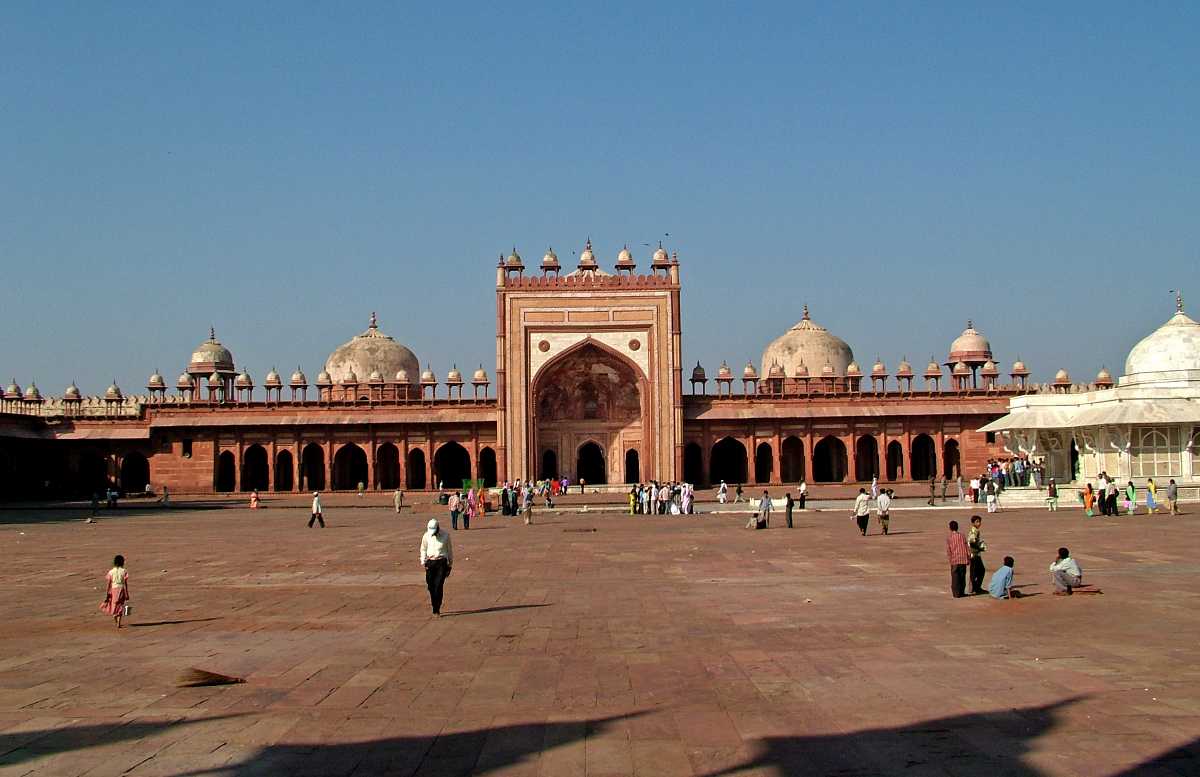 This is a 16th Century structure that is in almost ruins presently. The mosque stands in the historic area of Mehrauli in Delhi located near the site of Qutub Minar. The mosque is a beautiful structure built out of Red sandstone and marble finishes. The structure is one of a kind from the Mughal era as it displays the unique Jharokha system of mosque architecture.

The mosque has five arches and the main central arch is topped with a rounded dome. Two tombs of Jamali and Kamali have been preserved at the mosque. Located in the middle of a beautiful garden with a large prayer hall and a courtyard, this structure is historic landmark. There is another curious thing about the mosque, the mosque prohibits entry after sunset as many people have complained of experiencing paranormal activities in the mosque like visions of a apparitions, odd sounds and eerie feelings. 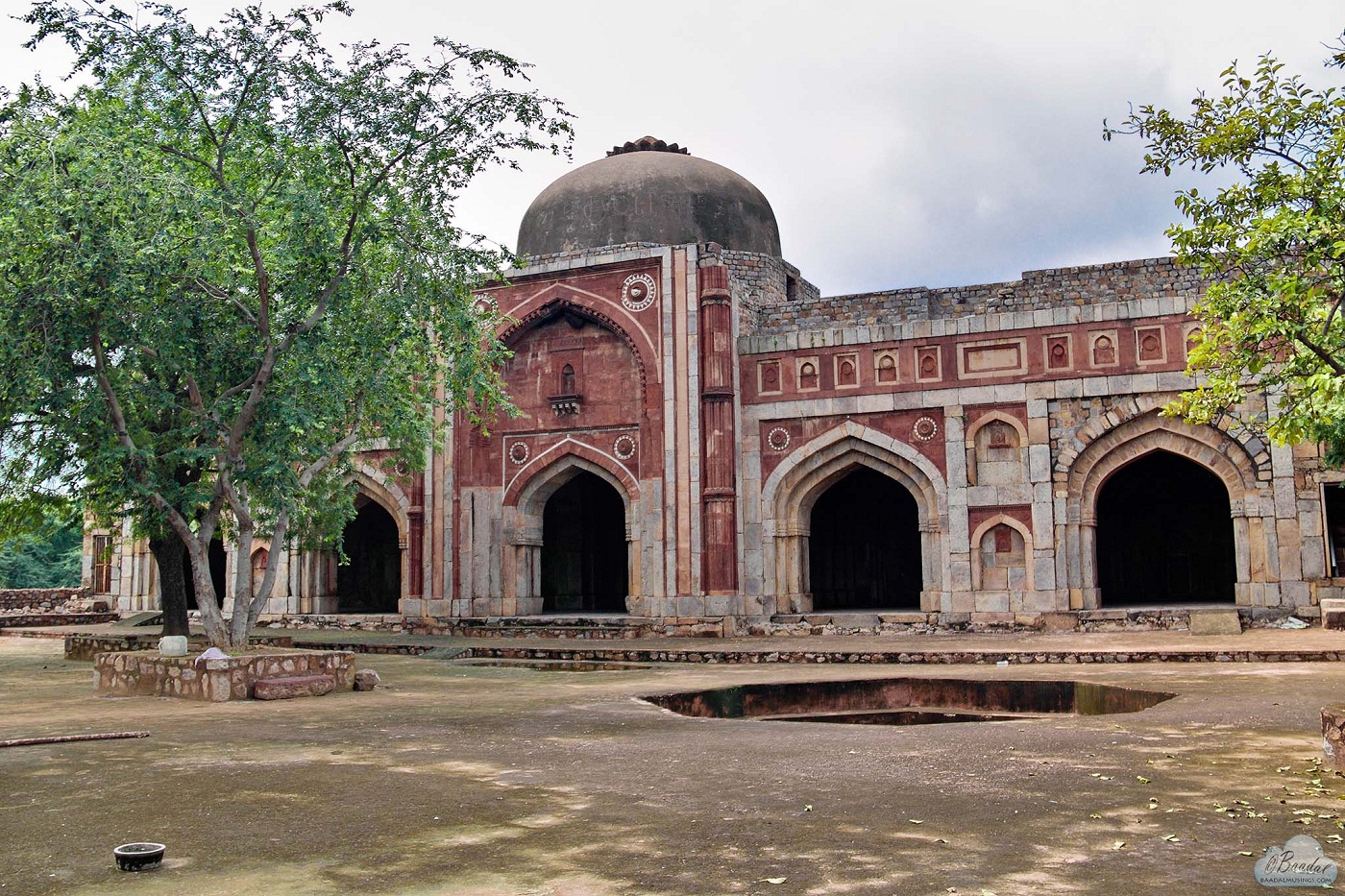 Also Read : What to do in Delhi for 2 Days Suggested Tour : 4 Days - Delhi Agra Private Tour

This is one of the oldest mosques built in India after the very first Islamic invasion. Situated in Delhi, this mosque was built in 1193 AD and is a Jaami Mosque i.e. Friday Mosque. This is one of the few architectural works of Ghurid surviving in India. The mosque was constructed since the time Qutub-uddin-Aibak was the commander of Mohammed Ghori’s garrison. It measures 141 ft. X 105 ft in area and is built on a raised platform, surrounded by pillared cloisters. Later after the passing of Aibak his descendants expanded the area of the mosque complex and today the Qutub Minar is also situated in the same mosque campus. The minar was built to act as the place for muezzin, i.e. call for prayer to perform adhan. 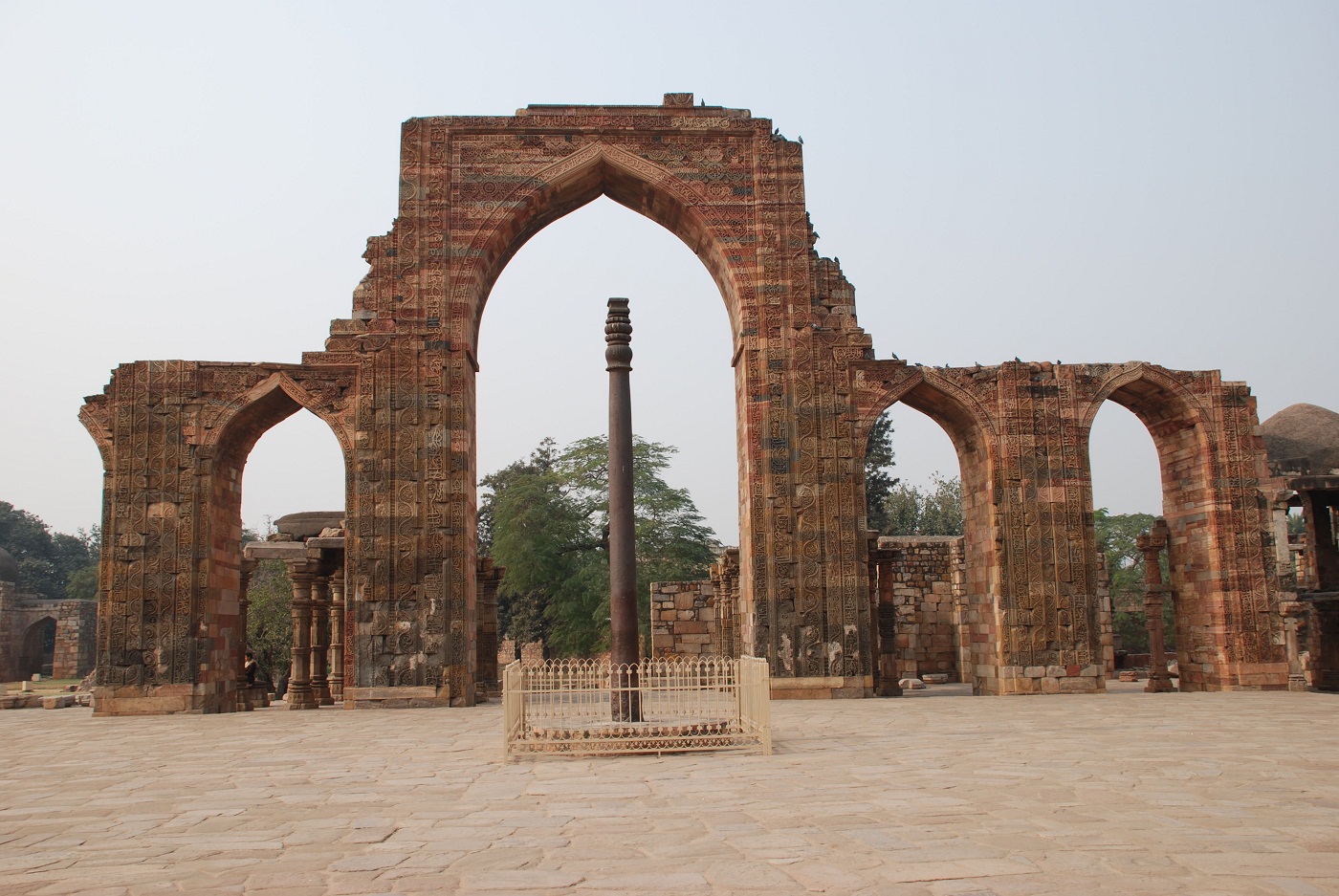 This was an ancient Sanskrit college built for the advancement of the language that was captured and vandalized by Mohammed Ghori and his army and converted to a mosque in the year 1198, beyond the Dargah of Khwaja Muin Uddin Chisti. The seven arched walls are the extension built by Ghori to give this college a mosque form. Islamic calligraphy further makes its mark in the pillar walls to affirm the conversion. Arches of the mosque are made with yellow limestone and the prayer hall walls replicate the intricate carvings of a Persian mosque. The mosque is situated in the border of Ajmer, Rajasthan. 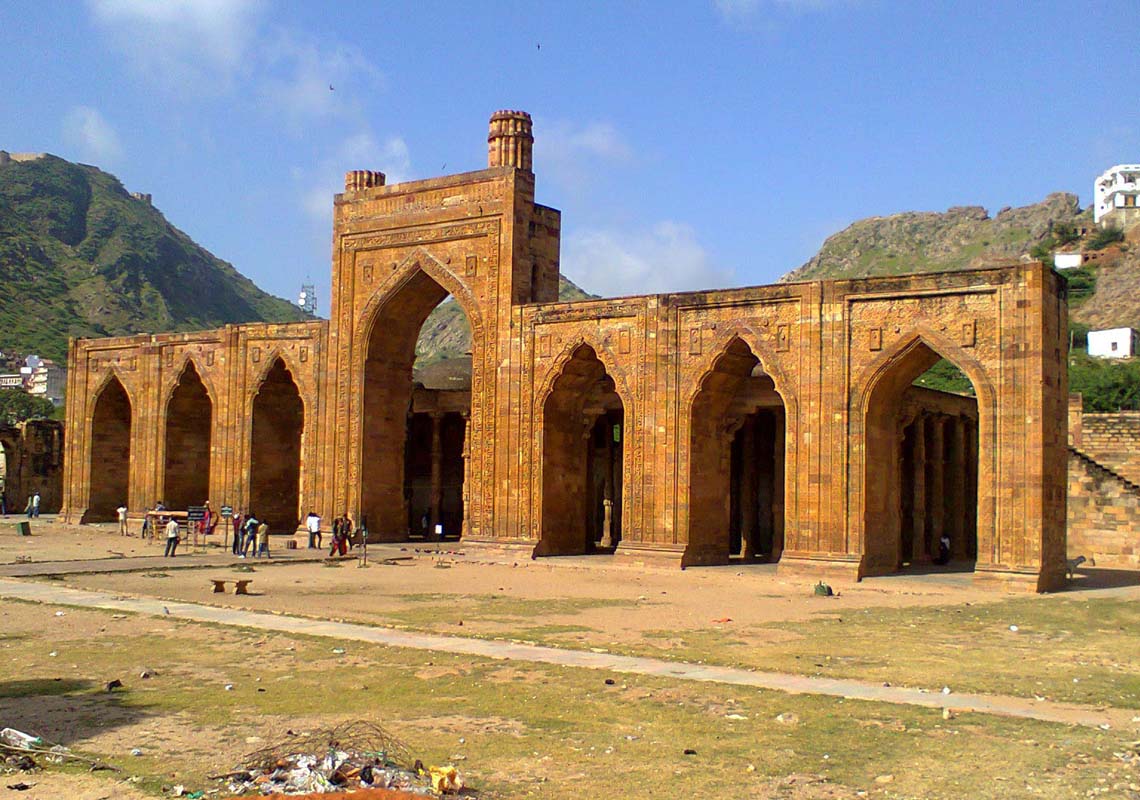 This beautifully constructed tranquil structure is a tourist hot spot located in the Lohakhan Colony of Ajmer, Rajasthan. The mosque was built during the Mughal rule in 1638. The mosque is constructed with beautiful white marbles with Persian inscriptions lining the walls, divided into 3 parts. The prayer hall is shaped in a star form and the mosque lie close to the hallowed shrine of Moinuddin Chisti the Sufi saint. It was built by Shahjahan after he won the battle against the Rana of Mewar as a sign of gratitude.

Situated in the Hazratbal area of Srinagar, in Jammu and Kashmir it is a holy Islamic shrine situated on the left bank of the Dal Lake. It is a simplistic and pristine white structure that consists on one dome and one minaret. The mosque houses a holy relic called the Moi-e-Muqqadas, which is believed by many as the hair strand of Prophet Mohammad himself. The reflection of the mosque in clear sunny days on the waters of the Dal Lake is a feast for the eyes and the area surrounding the mosque has panoramic views of the beautiful valley with a surrounding lawn. 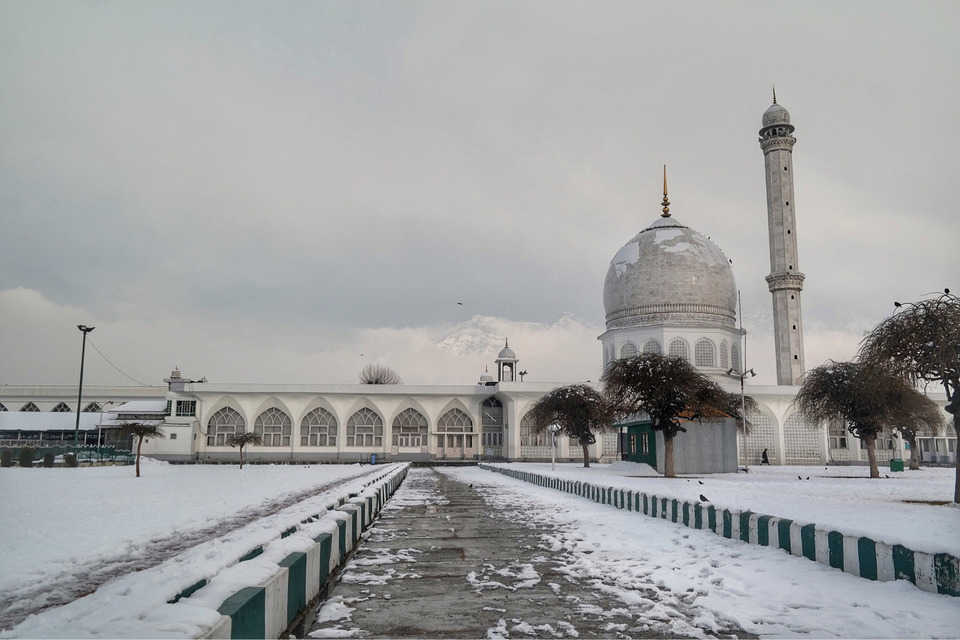