The Umaid Bhawan Palace is one of those well-known palaces that was built in the year 1928 – 1943. This is a palace that is generally believed to be built with grand yellow sandstone spreading over 26 acres of garden making it one of the largest private residences for all the travellers in the world. Featuring the art Deco and the renaissance design this is a place that has 2 swimming pools and pampering treatments at Jiva Grand Spa.

Not just this it also has spacious air conditioned rooms and suits that are specifically that have been designed for royalty, equipped flat screens, DVD players and the last but not the least the spa bath treatments. A pillow menu, and well-equipped mini bar followed by the molten brown toiletries are the things that have also been included in this beautiful palace of Jodhpur.

The Umaid Bhavan palace overlooks from the desert capital of Jodhpur, and is believed to be a 15 minute drive from the Jodhpur Airport, and 2.4 kilometres from the Jodhpur Railway station. The attractions you get to see here while being on the way are Clock Tower Market, the Mehrangarh Fort and the Jaswant Thada monument that are just 9 kms away from the palace. 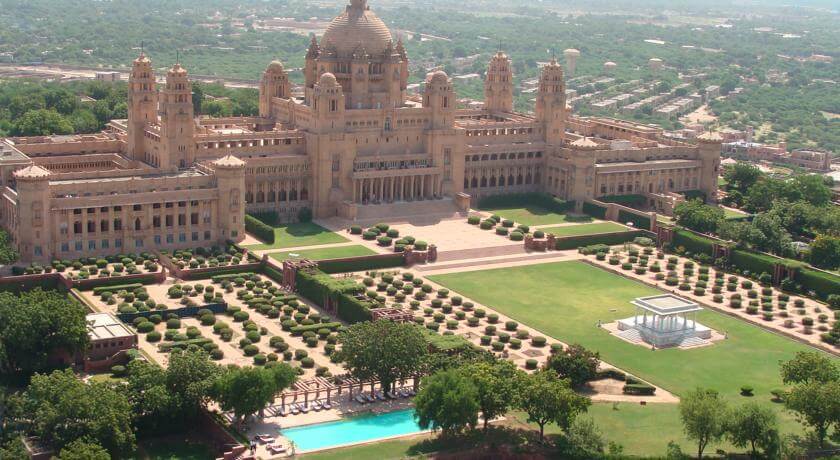 Read On: Everything you need to know about Marwar Festival of Jodhpur

Read More: 10 Most Interesting and Unique Museums to Visit in India

2. Last Royal Palace built in India before Independence: The Umaid Bhawan palace is the last palace that was built before the independence India. This was a foundation that was laid in the year 1928 – 1943. Four years after the completion of the palace the country became a free sovereignty. The Independent India today has no royal kingdoms followed by their only lavish homes remained. It was Maharaja Gaj Singh who was believed to be the descendant of Maharaja Umaid Singh still continues to reside over here. So would you not wish to be here and meet the Maharaja and his family?

3. Built for a noble cause rather than luxury: The building of Umaid Bhawan Palace believes to have an interesting tale behind it. Once upon a time in the 1920s, there was a famin struck Jodhpur who was then known as Marwar. The troubled people then came asking for help from Maharaja Umaid Singh. His Royal Highness who was actually believed to be the grandfather of the present Maharaja generously commissioned to a new palace to give employment to the all the people over there. The expensive venture that actually employed the needy was not only a beautiful private residence for the travellers to live, but was also believed to be a symbol of hope and the new icon of Jodhpur replacing the Mehrangarh Fort. This was a venture that was constructed from 1928 and 1943 giving the hard working people enough to survive the bad times.

4. The Grandest Hotel Experience: The Umaid Bhawan Palace believed to become a part of Taj Hotels Resorts and the other well-known Palaces in the year 2005 January. Taj is believed to be having the legacy of hospitality, followed by the perfect choice to uphold the royal tradition of the luxurious Palace extending its indulgent hotel experience.

This 64 accommodation palace that has been allotted to the property are no short of royal pleasure. Starting From the modern facilities to the other old world charm and the mesmeric views, the hospitality when it comes to the Umaid Bhavan is believed to be unparalleled. The hotel pampers their guest with lavish and beautiful dining, spa & wellness and leisure. Starting from the royal dining, to the ‘Risala’ a la carte restaurant serves the travellers with a wide range of cuisine got from across the regions. The ‘Sunset Pavilion” in the palace is believed to be an old charm hangout to savour royal barbeque and drinks. It is believed to be one of the highest points to enjoy a drink in Jodhpur. 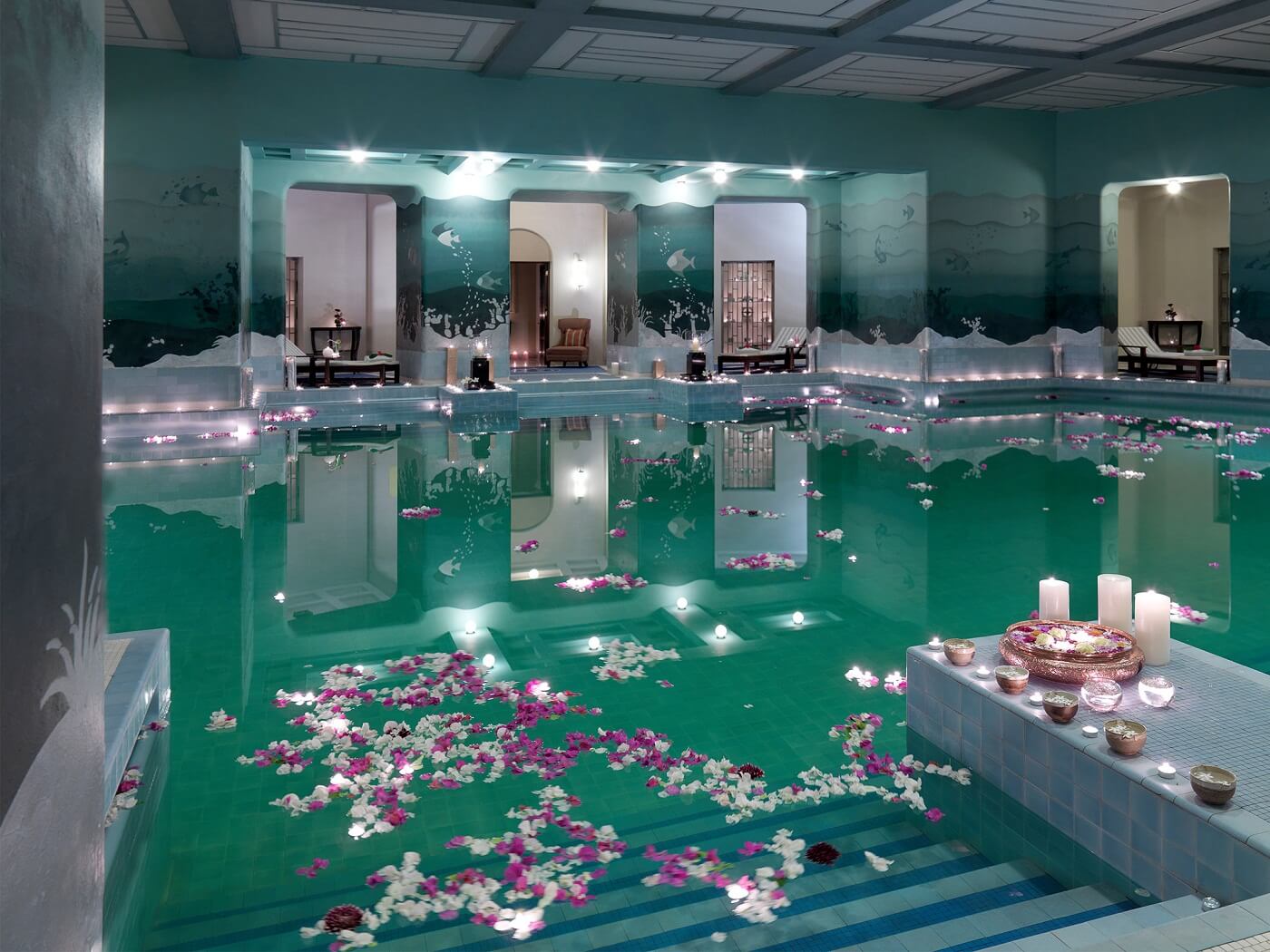 5. One of the largest and private residences in the world: Maharaja Umaid Singh has created one of the largest residences in the world. It is believed that for this luxury home the Maharaja had hired British engineer H.V Lancaster who also planned and designed the other government complex. The inner architecture of this building is believed to be a combination of the Indo Saracenic, Classical Revival and Western Art Deco styles that are being designed in Makrana marble and Burmese teak wood.

The Umaid Bhavan Palace is spread over 26 acres of the lush grounds including the 15 acres of the well-kept lush gardens. This royal residence has 347 rooms, followed by an exquisite throne chamber, an exclusive private meeting hall, a banquet hall, private dining hall, a ball room and more. The gardens of this beautiful property have peacocks roaming around where the views of Mehrangarh fort and other attractions can also be seen.

Must Read: Top Heritage Hotels to Stay in Jodhpur

The best time for you to visit this place is daily from 9 am to 5 pm. The entrance fee for the Indians is 15 rupees, and for the foreigners is 50 rupees. The best time to visit this place is during the month of October to March which is generally believed to be the winter season of Rajasthan. It would not take more than 2 hours for any of the travellers to explore the place and stroll within the garden.

How to Reach Umaid Bhawan Palace