When it comes to the list of incredible cities in India, Mumbai stands among the top cities. It is considered as the Hollywood of India. Do you know that many incredible things happen in this city like a daily routine? If you visit at the right time, this place would have a totally different face than what you would have seen before.

Here are a few top incredible facts about Mumbai.

The Party that is Attended by Millions of People

Ganesh Chaturthi, a festival related to the Elephant God of Hindu is celebrated for 10 days. At the end of the celebration, millions of people bring the mud statue of Ganesh from their house and march towards the Arabian Sea with music, dance and fun. Think about multi million people walking at the same time to the beach through the streets. It is a phenomenal watch. The sea is another site of this celebration. Billions of Ganesh statues are dissolved in the sea and some statues are plunged into the sea with the help of cranes. Some even hitch hike on the statue while immersing and come back swimming. 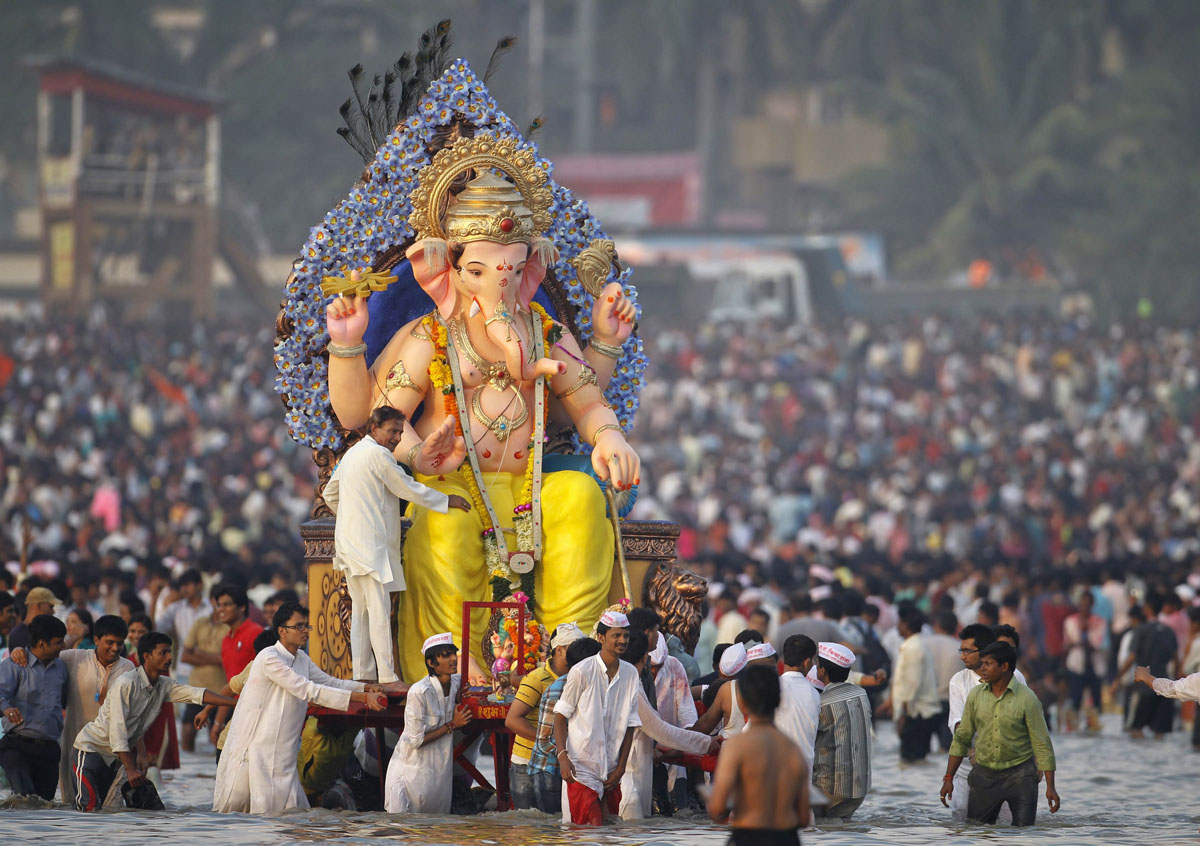 Pyramid Made by Humans in the Middle of Street

Ganesh Chaturthi is not the only festival that is very popular. In the late August, Dahi festival is celebrated. A pot of butter or curd is suspended from a rope, several feet above the ground. People have to make a pyramid by standing one above the other and break the pot with a small rod. Those who are able to do this can win the prize money inside the pot. The lowest layer contains many people and a few stand on their shoulders and a few over them and so on. The record height of this human pyramid is as high as nine story building. To watch this, again millions of people would be surrounding the competition arena. 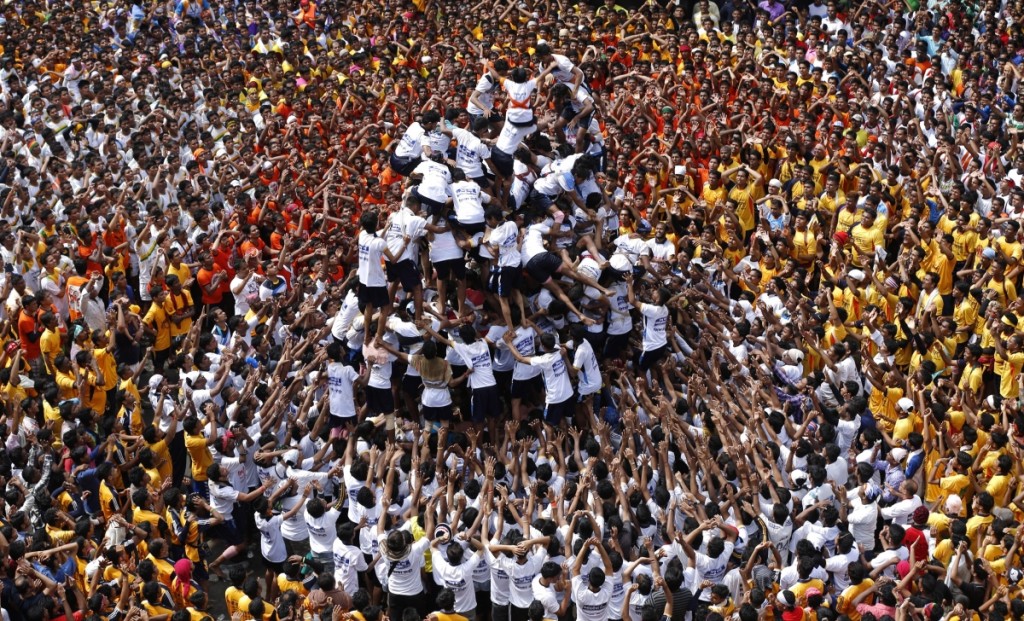 Mumbai is a very rich city in terms of number of rich people. There are a lot of multi millionaires in this city. Ironically, it also has the largest slum area in the continent. About three hundred thousand people live in this slum doing all kinds of businesses and daily works. It accounts for more than half of the population in Mumbai. Trip through Dharavi is one of the most famous attractions in Mumbai tourism. Many foreign tourists love this trip. You can witness the gap between the people as you see many multi storied buildings and lush hotels surrounding this large slum. Moreover, this is the most expensive slum in the world. To build a house in Dharavi, you would need a minimum of three lakhs. 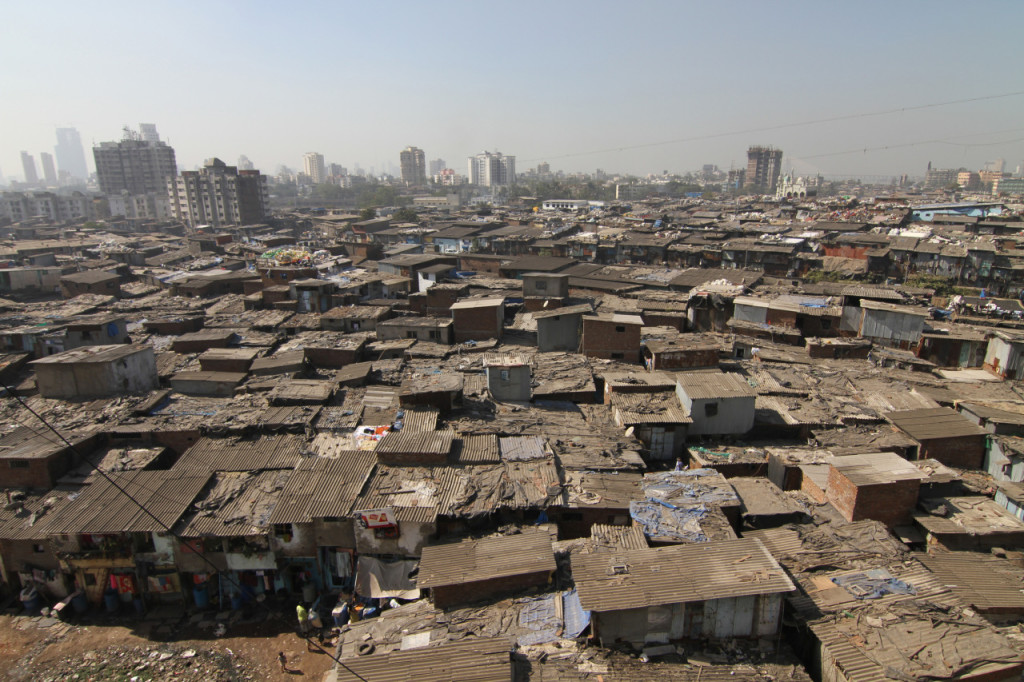 Are You an Acrobat? Try Mumbai's Railways

About seven million people use the trains every day. Thus, a coach that is meant to hold 100 people (both seats and standing area) would hold about 500 people or more every day. Thus, people would be hanging clutching the window stills, bars and other projections. If you are an acrobat, you can try travelling in the trains. If this is the condition in any other country, the railways would be shut down to add more facilities. But, this is India. The trains still run in the same condition. About three thousand people die every year due to train related accidents, mainly due to the congestion. 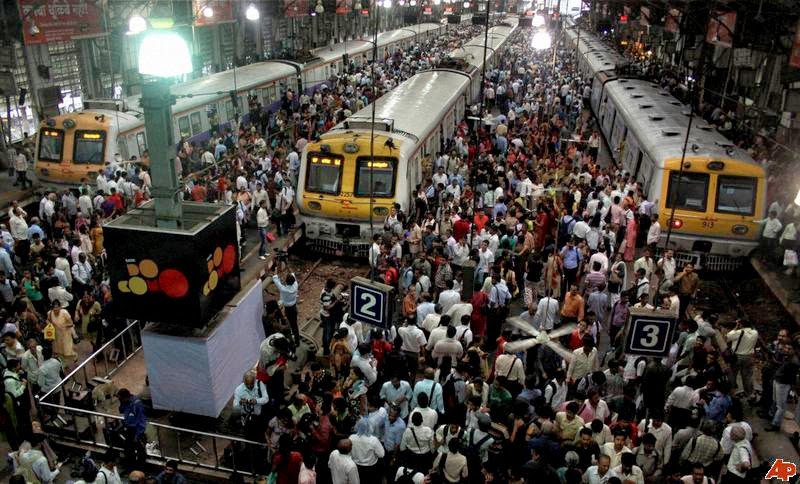 This city has about 150 km of just beaches. Starting from mangroves to creeks, you can find a lot of interesting water related activities. Marine Drive is visited by millions of tourists and local people every year. Even the name Bombay was derived from the word, ‘Good Bay’. The name was then changed to Mumbai on account of the famous Mumba Devi temple. 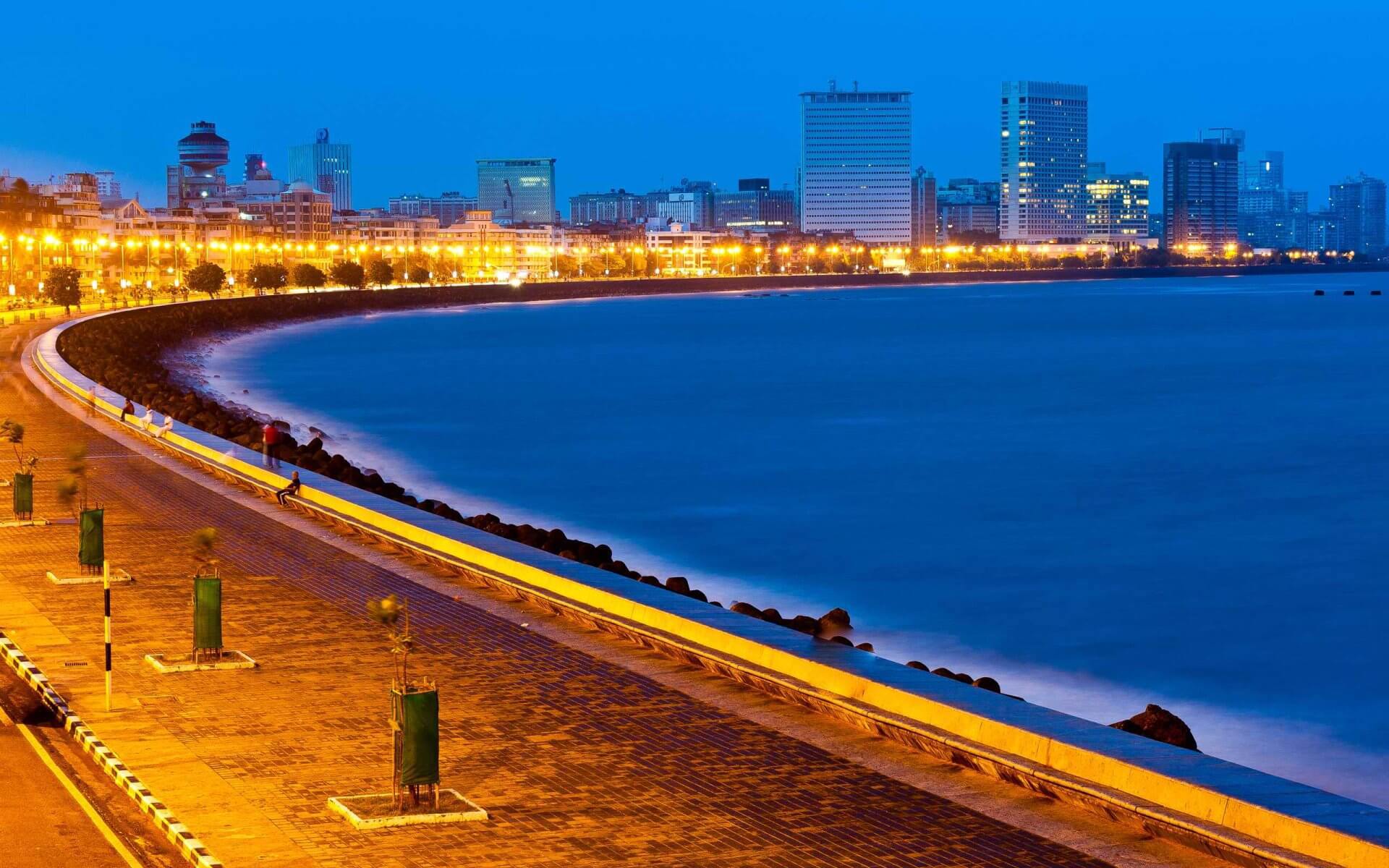 The First of All 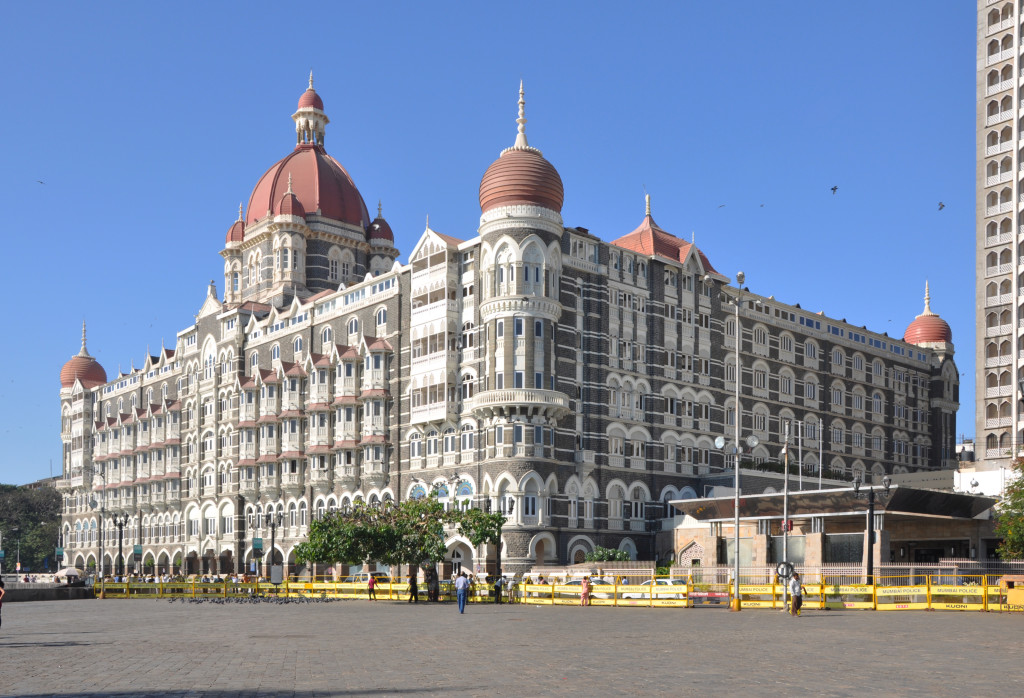 Around 1990s, out of nowhere, Flamingos started to apart in the eastern waterfront of Mumbai. You can find a lot of migrating flamingos during the right season. This is one of the important attractions in the city. Since the city has plans to build a rail nearby, there are chances that this attraction might not be there for you to see for long. Visit here between October and March to find flamboyance of flamingos. Also Know closely about the climate of Mumbai with the changing of months. 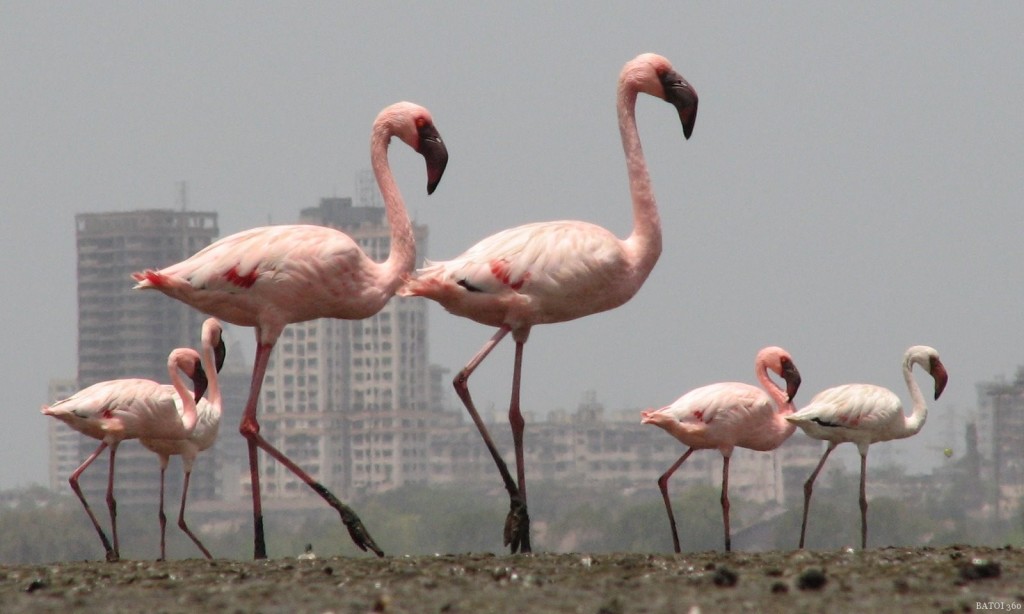 The last but not least, this destination is not a city at all. It is a group of seven islands. Mumbai has a lot more attractions that these incredible sights. It has the largest shopping mall, many museums, architectural marvels, sightseeing spots, water activities and so on. Starting from Elephant Island to thieves market, there are a lot of impressive tourism spots. Are you looking for a way to spend some time in the City of Dreams? You need not wait for a certain month. Most of the attractions are at its prime beauty all throughout the year. If you still want to visit during an important festival, you can choose February to March to witness Mahashivratri festival or Diwali, Ganesh Chaturthi, New Years Eve or Dahi festival. In short, every month there would be one festival or other that would attract you. Do not miss the water related activities.