Church Of Our Lady Of The Rosary, Goa 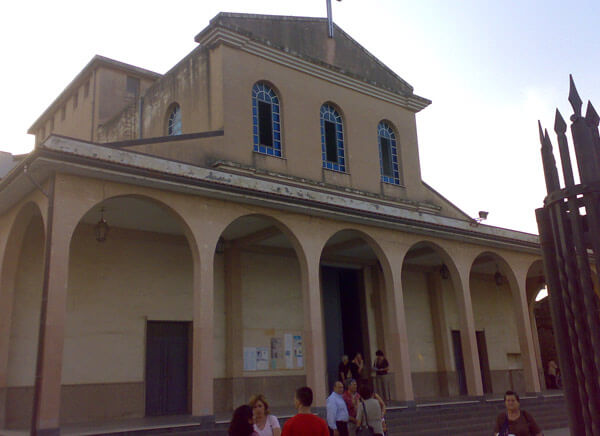 Church of Our Lady of the Rosary is a 16th-century catholic church located in Old Goa. This is one of the oldest churches of Goa and is now, a part of world heritage sites of the churches and convents in Goa. This church is considered as a victory symbol for Portuguese over Deccan rulers.

History of Church of Our Lady of the Rosary

Although there is no literature works to back-up, it is believed that this chapel was built under the order of Afonso de Albuquerque after the battle that led to Goa being re-captured by the Portuguese army. Thus, this is considered the first church of Goa. There is very little information available about the construction of the building. The earliest literature evidence mentions about three parishes of three churches including the Church of Our Lady of the Rosary built in the capital of Portugal colony of India, Goa. Thus, it is assumed to be built during 1544. However, there are letters written between the municipality of Goa and the king of Portuguese in 1549 about a new chapel built in the place of an old one. These confusing pieces of evidence make the overall information, very cloudy.

This church used to be an important pilgrimage site and politically-important structure in Goa. However, in 1843 when the Portuguese shifted its headquarters in Goa from Old Goa to the region, which is now considered as New Goa, the building lost its importance. Later, in 1897, the church underwent its last renovation. The church was opened for the public again in 1899.

Architecture of Church of Our Lady of the Rosary

The church is considered one of the best-preserved monuments of colonial times in Goa. This is the only structure of Goa, which has many medieval-styled designs in its architecture. The church has three levels and two porticos. It has round edged towers with crowns, crosses, and cupolas. The windows are located at far higher from the ground and it has more fortress look than a church structure. You can find Indian styled manual designs on the exterior parts of the church. The front corners of the church have cylinder-shaped buttresses.

Interesting Facts of Church of Our Lady of the Rosary

Visiting Time of Church of Our Lady of the Rosary

The best time to visit the Church is during the winter season or early summer. The peak time to visit the monument is between September and March. Winter starts in October and ends in February. Winter is cool, calm, dry and pleasing. Summer starts in March and ends in June. While summer attracts people to Goa to escape the hot climate, it is harder to enjoy sightseeing with scorching sun on top of your head. Monsoon starts in July and ends in September. Monsoon creates frequent rainfall in Goa and thus, sightseeing is a little inconvenient during this time. Moreover, the water activities and other natural beauties would be closed for tourists for safety reasons.

The best time of all is in November, during the annual feast of the church. The festival includes feast, masses, procession, fireworks, Konkani concerts, dance performances, fashion shows and much more. If you are looking for a cultural vacation in Goa, choose November to visit the church.

This church is located on the Holy Hill (Monte Santo) of Old Goa. It is very close to the Basilica of Bom Jesus. The closest railway station to the church is the Vasco Da Gama railway station. From the station, you can find buses and cabs to reach the church. If you are choosing a bus, the closes bus stand is the Kadamba bus stand of Panjim. Finding road transportation from the bus stand to the church is quite expensive. Thus, people rent cars or scooters to explore Goa.