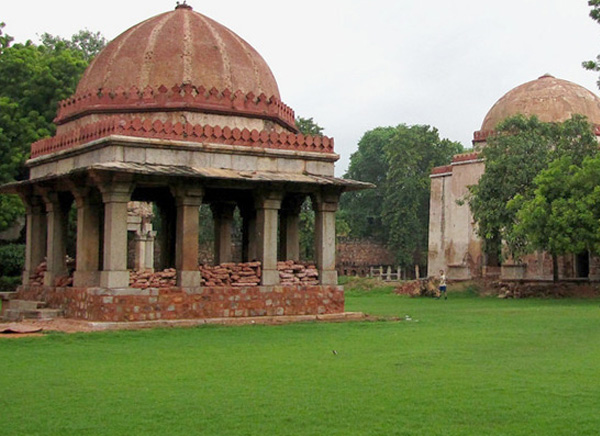 Hauz Khas complex is a historic house located in Southern Delhi, closer to a large lake. The house holds Islamic seminary, tomb, 13th century pavilions, mosque, water tank and much more. This structure is linked with the reign of Alauddin Khalji Dynasty, which thrive in 13th and 14th centuries. The name Hauz means water tank or a water body and Khas represents royal value.

This complex was built for the major purpose of providing water to the inmates of the region.

Later, in the end of 20th century, the region around the complex became an affluent residence for the rich and an expensive tourism destination with numerous boutiques, art galleries, top-notch restaurants and much more.

Most of the structures inside the complex were built by Firoz Shah on the northern and southern side of the reservoir. Top structures to spot in this complex are:

This is a learning institute for Islamic religion. It is considered as the best and the largest Islamic seminary of the world. The institute holds an L-shaped structure on the edge of the reservoir complex. On the northern end of the structure, you fill find the tomb of Firuz Shah. There is also a mosque, close to the tomb.

Between the tomb and the mosque, a pavilion is built for tourists to enjoy a good view of the lake. From every floor of the structure, you can find a separate staircase leading directly to the river.

You can find many graves closer to the river, which are assumed to be the tombs of recognized teachers of the institute.

The garden around the complex holds numerous pavilions of varying shapes and sizes. The pavilions have many ancient inscriptions, which refers to the graves around it. You can also find a pillared chhatri in the garden, which is almost in ruins today.

The northern end of the institute holds a mosque, which has an open-air prayer hall. The walls of the mosque holds grilled windows and you can get a good view of the reservoir from the mosque.

The tomb has many carvings on the inner side. There are two doorways and the second doorway leads to the cenotaph inside the tomb chamber. The ceiling of the dome is decorated with gold medallions with inscriptions from Quran. There are large ceremonial steps in the tomb, which will lead you to the river. This tomb contains four graves.

Apart from Firuz Shah, you can find graves of two of his sons and one grandson.

The group of structures around the reservoir is called as the HauzKhas village. You can find educational center, manicured gardens, market regions, old residential complex and many new institutes like AIIMS, Jawaharlal Nehru University and others.

The deer park is located at the entrance of the tank. This lush park holds numerous animals like rabbits, deers, peacocks, guinea pigs and others. You can find numerous species of birds around the tank during migration season.

Do you want to cover more wildlife attractions around Delhi?

This complex is located very close to Green Park and is connected via road and metro routes with other parts of the city.

How to Reach Hauz Khas

If you are inside Delhi, you can find road transportations and metro to reach HauzKhas complex from any part of the city. You can find direct cabs and autos to any region of the village, including the complex. If you are choosing to visit the structure via bus, get down at HauzKhas stop, near Aurobindo Marg. If you are choosing metro, choose HauzKhas station or the Green Park station. Do not worry about the metro travel. It is considered one of the cleanest station in the country

The structure and the regions around it are open throughout the week. Tourists are allowed to visit the complex without any entry fee. It will not take more than a couple of hours to explore the entire region. Are you looking for more attractions? Travelogy India provides the list of top day trips you can take from Delhi.

The restaurants and other services around the complex might be opened beyond midnight too.