Andaman and Nicobar Islands are blessed with exotic and most beautiful islands in India, which are also one of the best and youngest honeymoon destinations in India.

Located at the juncture of the Bay of Bengal and Andaman Sea, the Andaman and Nicobar Islands consist of 572 Islands boasting unique tropical rainforest, varieties of forest animals and exotic sea beaches. All you need to do is book your tickets to experience the pristine beauty of these islands.

Given below are the Islands you most definitely cannot miss on your visit to Andaman and Nicobar Islands: 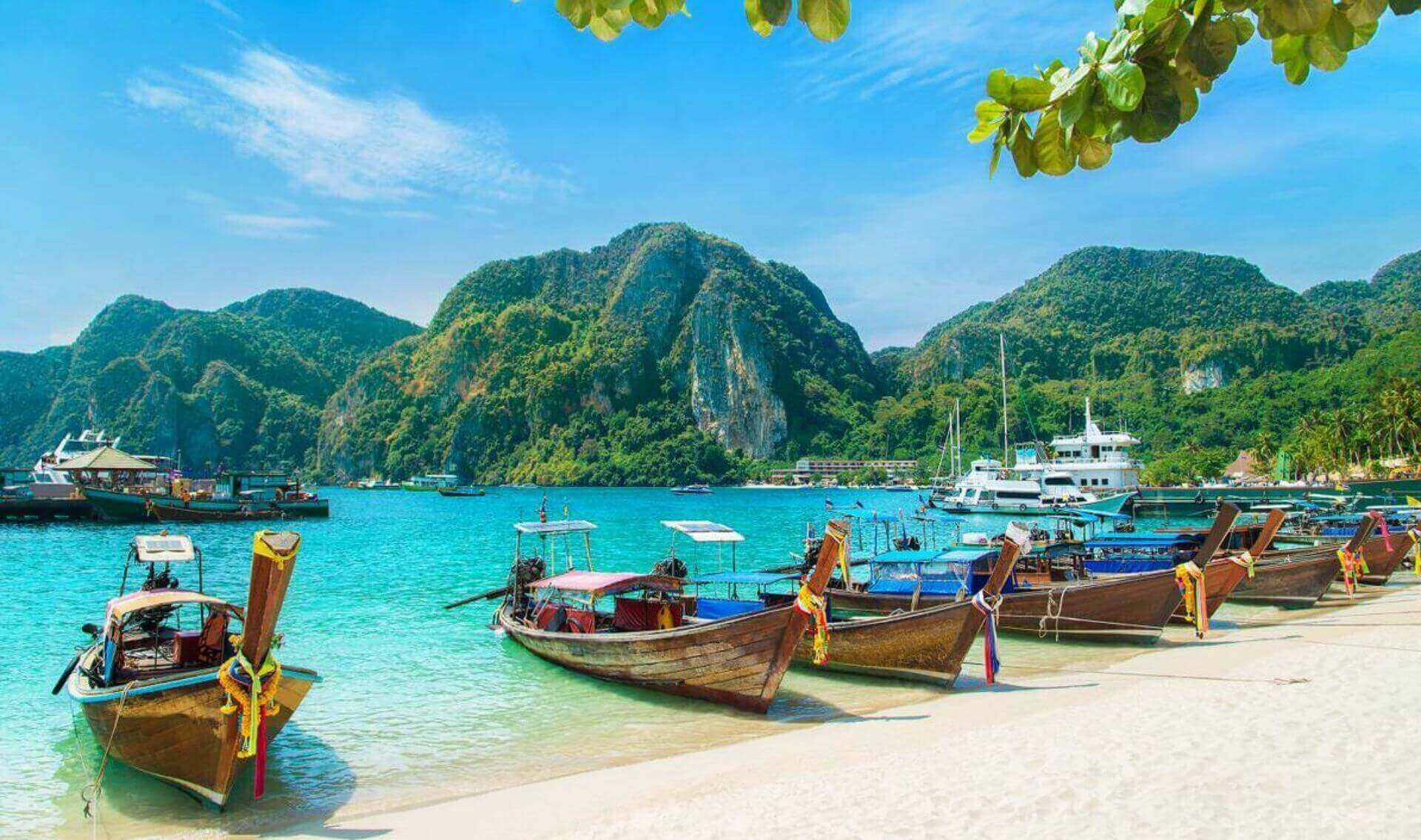 Havelock Island is a part of Ritchie’s Archipelago, named after British General, Sir Henry Havelock. However, in December 2018, it was renamed as Swaraj Island as a tribute to Subhas Chandra Bose.

It belongs to the South Andaman administrative districts and comprises of a chain of islands to the east of Great Andaman in the Andaman Islands.

The best and easiest way to reach Havelock is by the AC catamaran ferry, which only takes 90 minutes from Port Blair. Havelock can also be reached using Government ferry, which takes up nearly 2.5 hours.

Havelock Island is a real treat to eyes and thus the best time to visit Havelock is during winter months from December to February when the climate is cool and appropriate for sightseeing.

There are plenty of activities to be done in the island, namely, exploring the marine life: Scuba Diving; relaxing at the beach: one must enjoy the barefoot walk on the white sand at Radhanagar Beach to catch the perfect sunset; exploring the Coral Reefs: Snorkeling at the virgin shores of Elephant Beach should not be missed. 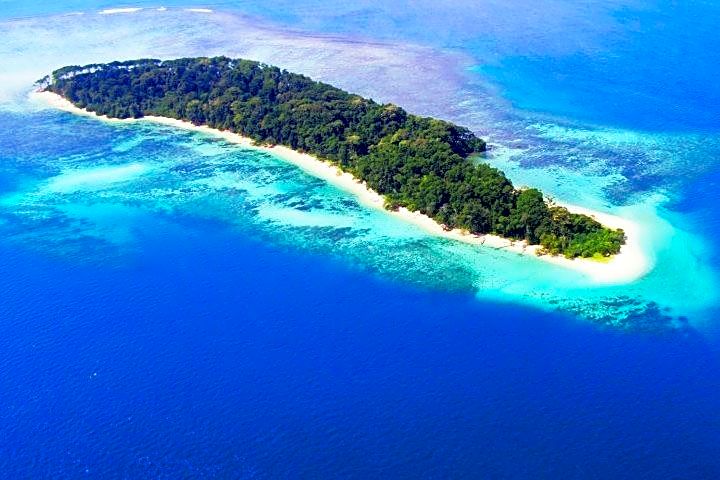 Being a part of Mahatma Gandhi Marine National Park, this island is mostly famous for coral reefs and pristine clear beach. In order to reach Jolly Buoy Island, visitors must take taxi from Port Blair to Wandoor Beach and then take ferry to reach the island.

One must reach Wandoor Beach early as most ferries to the island leave around 9 in the morning.

This island remains closed for six months of the year for the preservations of corals. The things you can do to enjoy at the Jolly Buoy Island include Snorkeling: being rich in corals and crystal clear water, this island gives the best opportunity to the snorkelers; Glass Boat Rides: designed especially for faint hearted people to experience the exotic marine world; Scuba Diving and spots for relaxing and sunbathing. 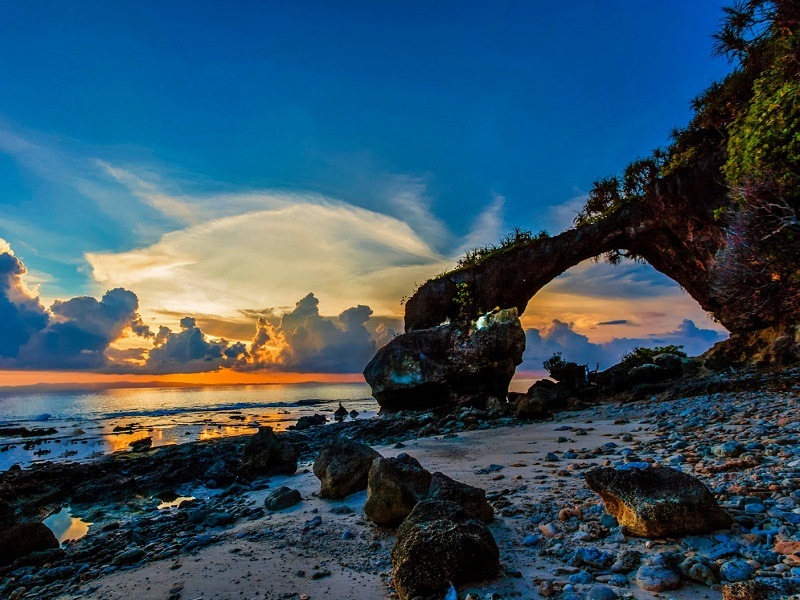 Neil Island aka Shaheed Dweep is an island in Ritchie’s Archipelago lying 36 Km northeast from Port Blair. Neil Island can be reached by taking early morning boat from Port Blair. This island has good connectivity with different cruises that are available from cities like Chennai and Kolkata.

The favorable month to visit Neil Island is between October and May and the best season to visit is winter and onset of summers.

Neil Island is best for sightseeing with exotic beaches like Lakshmanpur Beach, Bharatpur Beach, and Neil Kendra. One can also indulge in water activities like Scuba Diving, Swimming, and Cycling. Being a breeding place for schools of fish, it is a popular spot for Sport fishing. 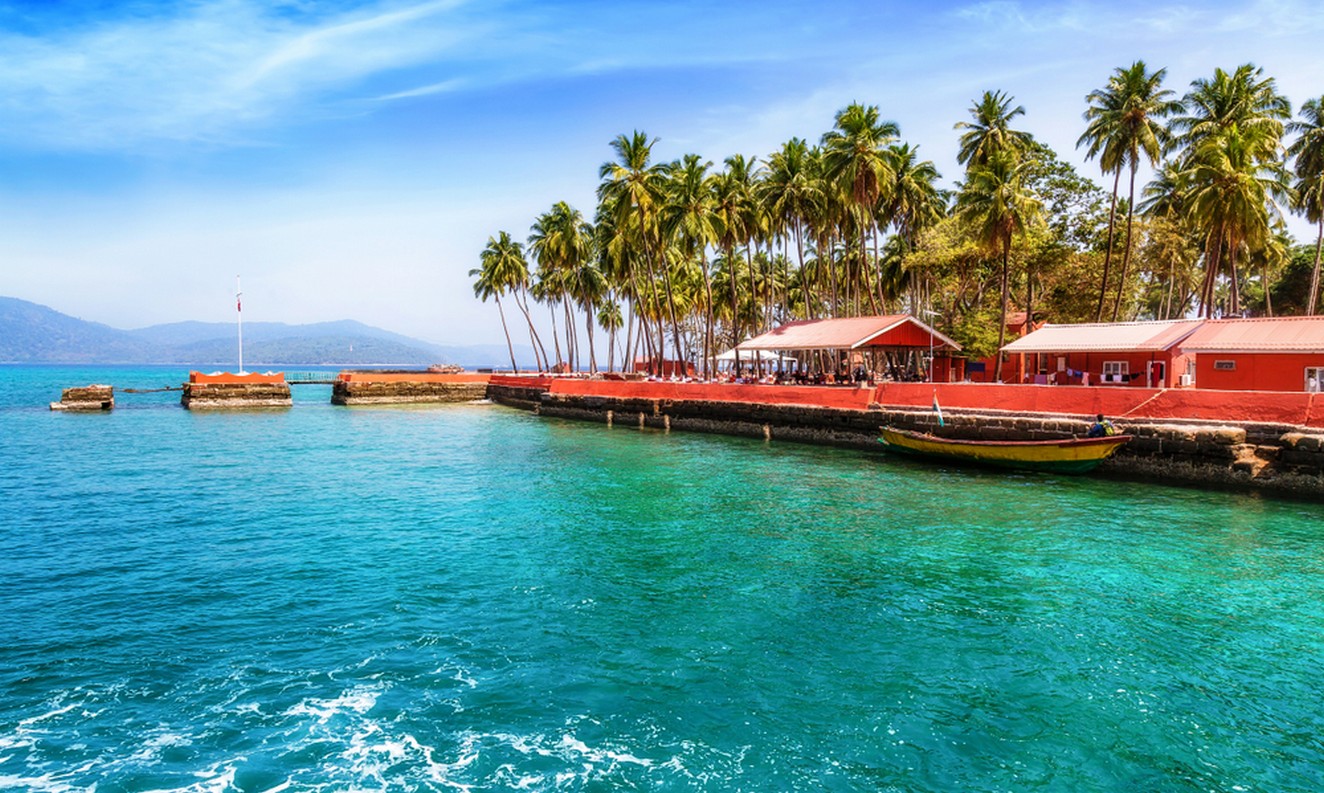 The best time to visit Ross Island is between October and March. Being a part of Bay of Bengal, this island experiences a tropical climate all around the year.

While in Ross Island, one must visit Penal Colony and Samudrika Naval Marine Museum. Also, do not forget to go for Thrilling rides at Rajiv Gandhi Water Sports Complex and attend the grand Ross Island light and show sound! 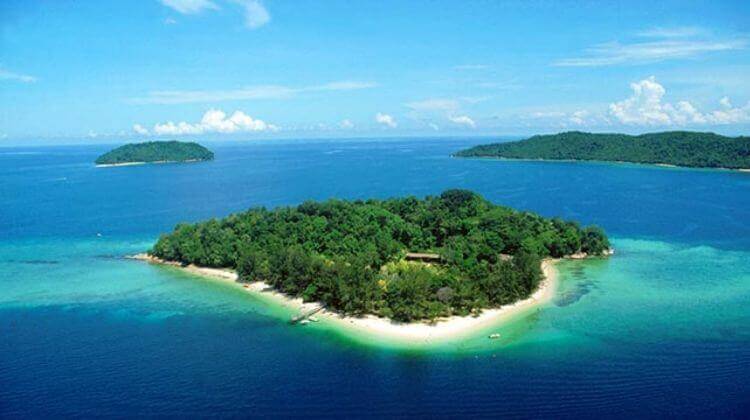 In order to reach North Bay Island, one can take ferry from Port Blair. One can get an impeccable view of Ross Island from North Bay Island. This island is famous for rich growth of Coral reefs.

One can indulge in several activities like Scuba Diving, Snorkeling, Sea Walking and Glass Bottom Boat Ride in order to enjoy their stay at the North Bay Island.

The beauty of the island can be enjoyed by taking a 45 minute boat-ride from Diglipur, crossing the beautiful Kalpong River and Aerial Bay on the way. The best time to visit the island is between November and May.

While at Ross and Smith Islands, one can opt for Scuba Diving and Snorkeling; this island is also preferred place for trekking and trail hiking by many tourists. 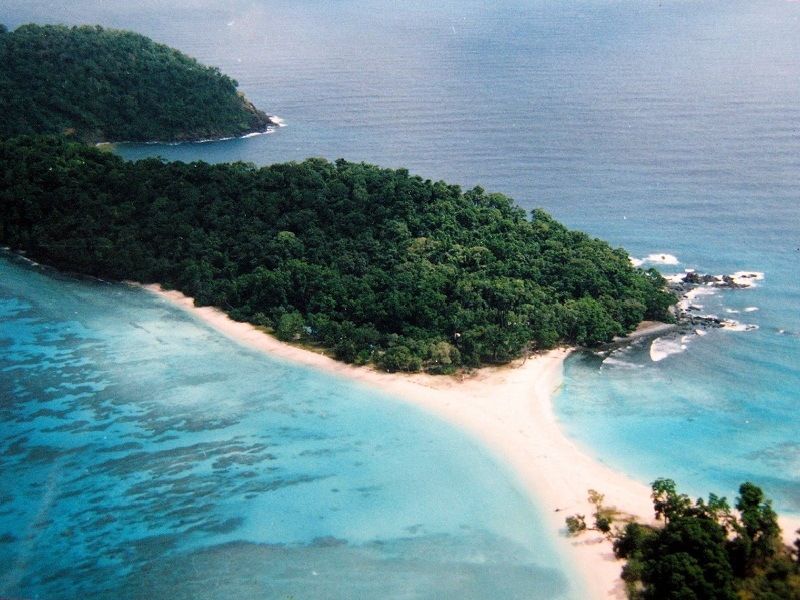 At a distance of 26 km from Port Blair, the Cinque Island is an isolated island in the Andaman Archipelago on the north side of the Duncan passage between Rutland Island and Passage Island. Cinque Island is the ideal island to have some lone time with your family, as it is not visited by a lot of tourists.

Cinque island is blessed with beautiful weather throughout the year, however, to enjoy the most one must visit the island during summer. Cinque can be reached very easily with the help of short boat ride from Port Blair. The Cinque Island has exotic and untouched marine life, thus Scuba Diving and Snorkeling are the best activities to be done. 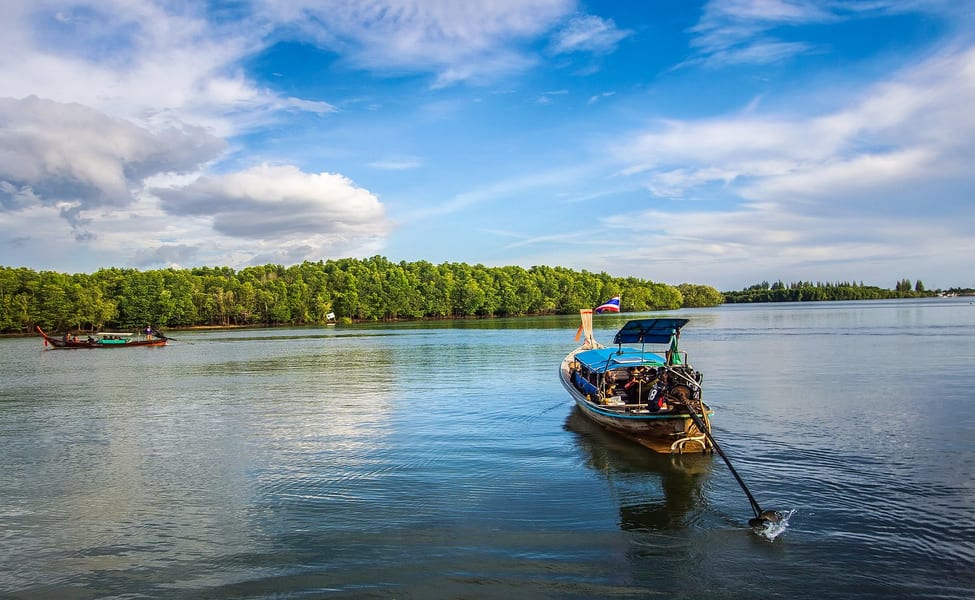 Baratang Island located in North and Middle Andaman administrative districts, lies 150 km north of Port Blair. The best time to visit Baratang Island is during winters from October to February because of negligible rainfall and relaxed sea water.

One can take government buses and ferries from Port Blair to reach Baratang Island. Ferry can also be taken from Nilambur Jetty. Here, one must go to trekking to the magnificent Limestone Caves and hiking to mud volcanoes.

Also indulge in sea walking under Peaceful Waters, boat ride through a Canopy of mangroves, and coral gazing at MohwaDera. 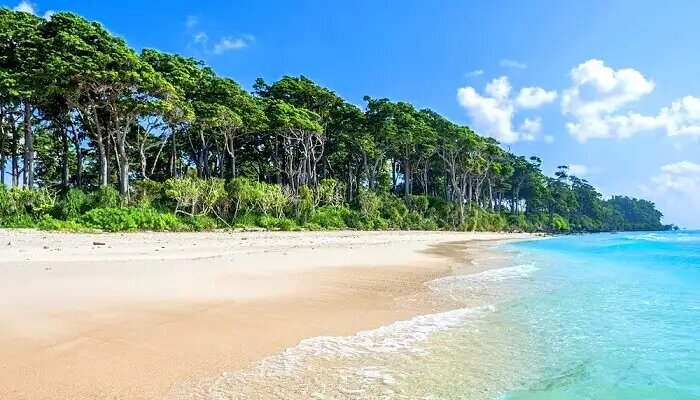 Situated inside the Mahatma Gandhi Marine National Park, the island is considered as a gem of Andaman. Often referred to as Sleeping Beauty, one needs to travel to Wandoor Jetty within 30 km Port Blair to take a ferry till the island. The island remains open for only 6 months of the year.

One can enjoy Glass bottom boat rides and snorkeling here; coral reefs are major entertainment in the Red Skin Island. 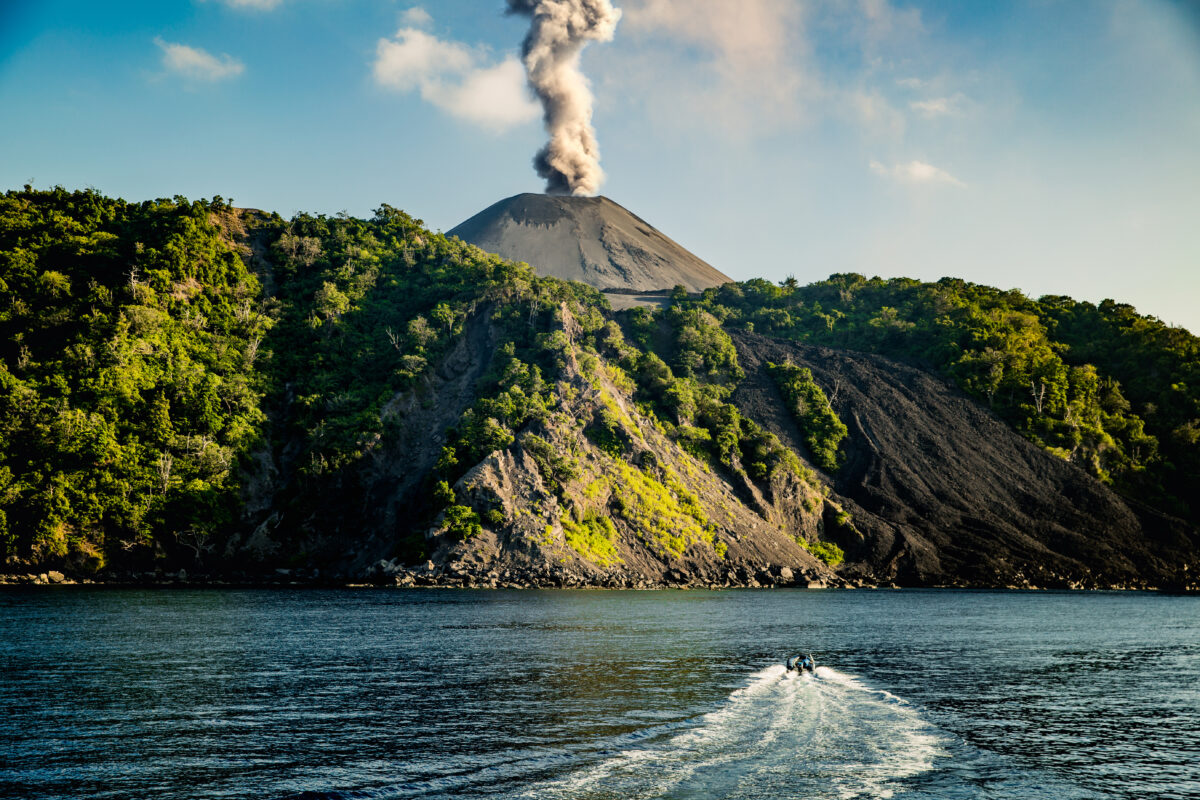 In Barren Island, it is not allowed to stay at night, thus, one must take early morning rides to the island. Since Barren Island is an active volcano, thereby, there aren’t many activities to be done other than sightseeing and photography.

Inglis Island is located Jalebar town in Andaman lying 67 km from Port Blair. With deep jungles and picturesque beaches all around, Inglis Island makes an amazing tourist hotspot. One can reach the island by taking a short boat ride from the Havelock.

Walking on the sandy seashore and strolling in the shallow turquoise water is one of the tranquil things to do in the island.One can also try the adventurous Scuba Diving and boating. Do not forget to click some breathtaking pictures as well. 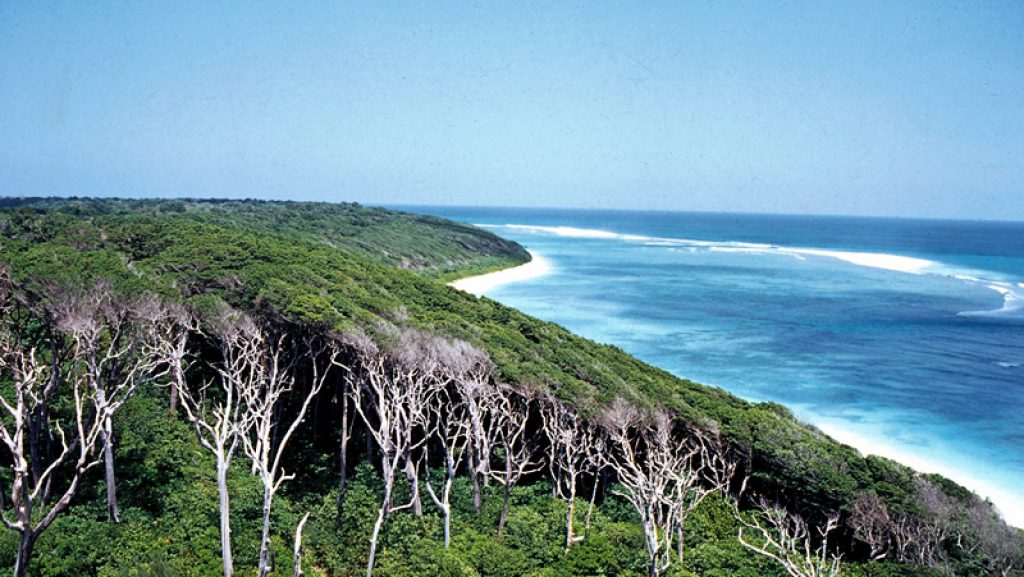 Lying at the Southern end of the Archipelago, Little Andaman Island is the fourth largest island of Andaman. Undoubtedly one of the most beautiful islands, it serves as a good tourist spot during November and May. In order to reach the Little Andaman Island, there are daily Government ferries that connect Phoenix Bay and Haddo Wharf in Port Blair with Hut Bay.

The journey will takes 6 to 8 hours amidst the beautiful roads engrossed with lush green vegetation. Overnight ferries are also available. The best suited activities to be done to enjoy the beauty of the island includes diving; swimming; snorkeling, game fishing; glass bottom boat rides to witness the underwater coral. One can also simple relax while basking in the sun. 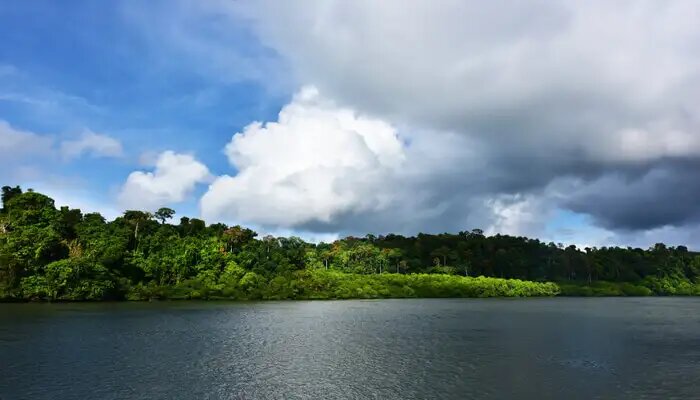 Parrot Island is a small island located near Baratang and a Bird Watcher’s paradise. The most suitable time to visit the Parrot Island is during winter. One can take STS bus, taxi or boat after reaching Baratang from Port Blair to reach this paradise of birds. Then from Baratang Jetty, one has to take Dunghi boat ride; regular ferries are also available.

If you visit the island in the evening, you can easily spot various spots of exotic birds. Other adventurous things to be done in the Parrot Island are Scuba Diving, jet skiing, and snorkeling. 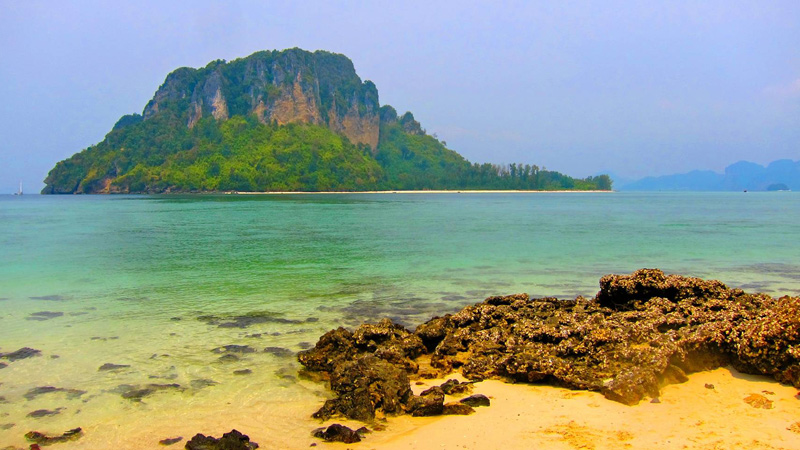 The best time to plan a trip to the island is from October to mid-May; one must avoid monsoon season. The Mangrove Creeks and orange plantation is a siren call to all who love nature. One must not miss to visit Ray hills, Austin X, Karmatang Beach, Avis Beach, and interview Island while in their vacation at Mayabundar Island.

Diglipur Island is a popular eco tourism destination blessed with posh greenery and exotic marine life.Situated on the Northern Andaman Island,it can be reached by all modes.

Helicopters are definitely the fastest and most exciting option. Boat rides are also available. One can also travel by road travel through the Andaman Trunk Road making one’s way through various three creeks and Jarawa Tribe.

Diglipur is one the ideal holiday destinations with divine beauty and blessed with wide variety of flora and fauna. Diglipur Island can be visited at any point of time of the year, though winter is mostly recommended.

What attracts tourist to Diglipur beach is the Kalipur Beach, Mud Spitting Volcano, and ThambuNali. For the adrenaline junkies, snorkeling, scuba diving and trekking are a great choice.

Diglipur Island provides easy accommodation, transportation as well as food option. Hence, one must not worry about visiting it and should just go for the same! 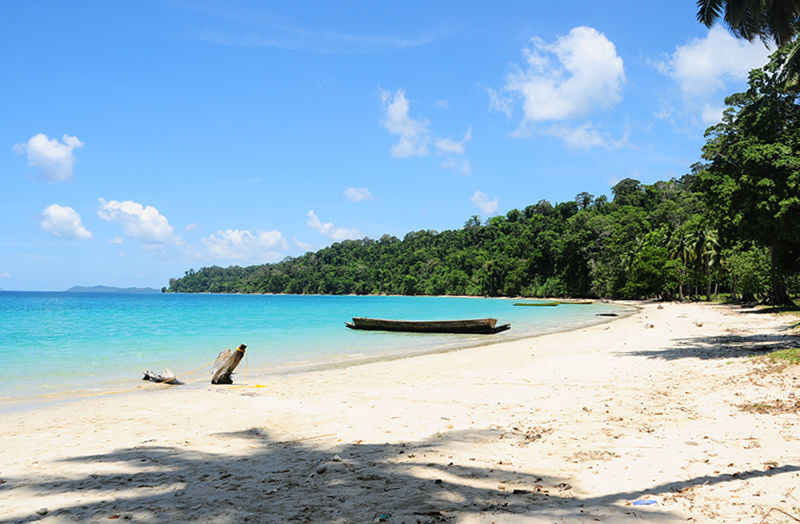 Long Island in Andaman is an offbeat location in the archipelago but is a must visit place. Within a distance of just 80 km north from Port Blair, the island attracts flocks of tourists every year. The most economical way to visit the Long Island from Port Blair is to first reach Rangat and take a Government ferry from there.

The best time to visit the Island is from October to May. One can engage in Scuba Diving, Snorkeling, glass bottom boat ride, parasailing, banana boat ride to enjoy at the Long Island.